A Comprehensive Guide to Hire Python Developers in 2022

A Comprehensive Guide to Hire Python Developers in 2022 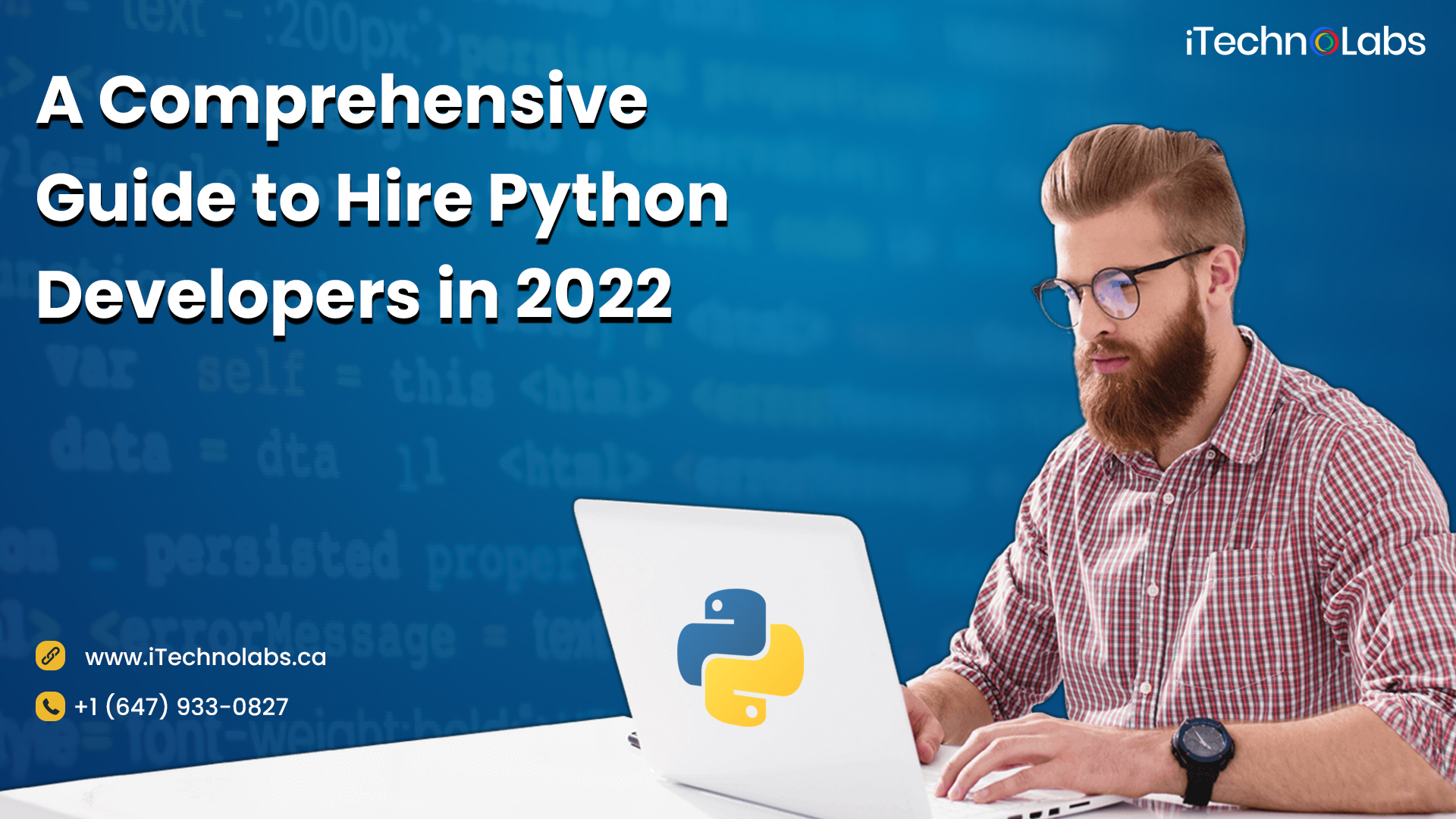 Python is today’s most popular computer programming language. This general-purpose programming language is highly versatile and user-friendly for beginners. Python is used by large corporations such as Netflix, Uber, and Spotify to conduct data analysis, build websites, automate tasks, and create software. Although Python is a simple language to learn, expert execution is required because hiring a Python developer provides you with the following benefits:

A well-versed Python developer is also well-versed in other programming languages such as Java, HTML, CSS, and so on. As a result, when you hire Python Developers, the company will gain access to many expert services that will completely transform the project. Python developers are trained professionals who add flawless features to the website and other integrated applications. People who are ace Python professionals are always up to date on language updates and, as a result, upgrade their projects as needed. 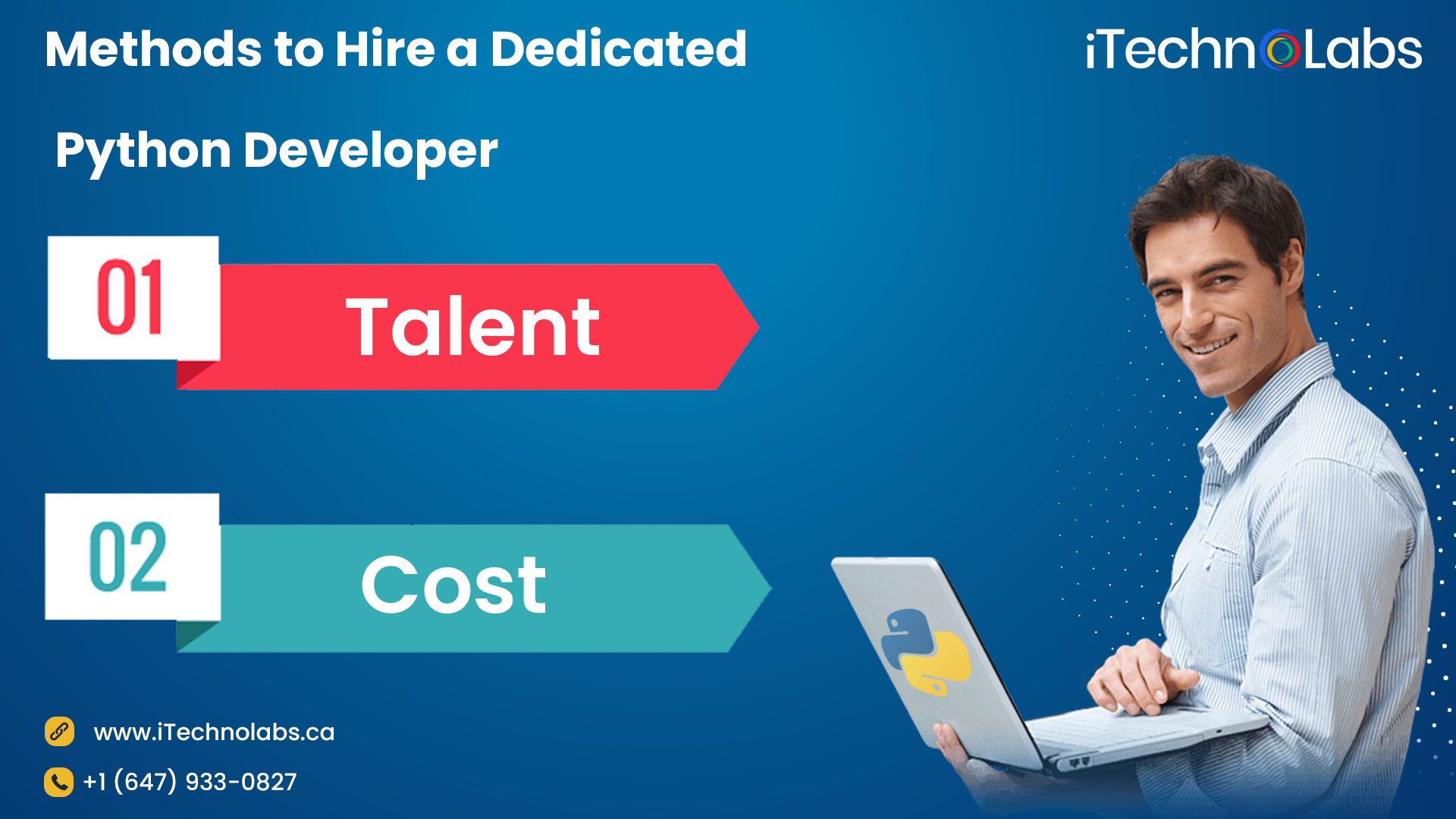 There are a few parameters to keep in mind:

Talent: The in-house developers are a small group of people who live in the same city as oneself. Hiring them from other countries is an expensive endeavor. On the other hand, the remorse developers are located all over the world, and you can hire them on an hourly basis without having to pay for their relocation.

Cost: There are two kinds of Python Developers, the in-house developers have a staple rate that they charge, and remote developers charge hourly. 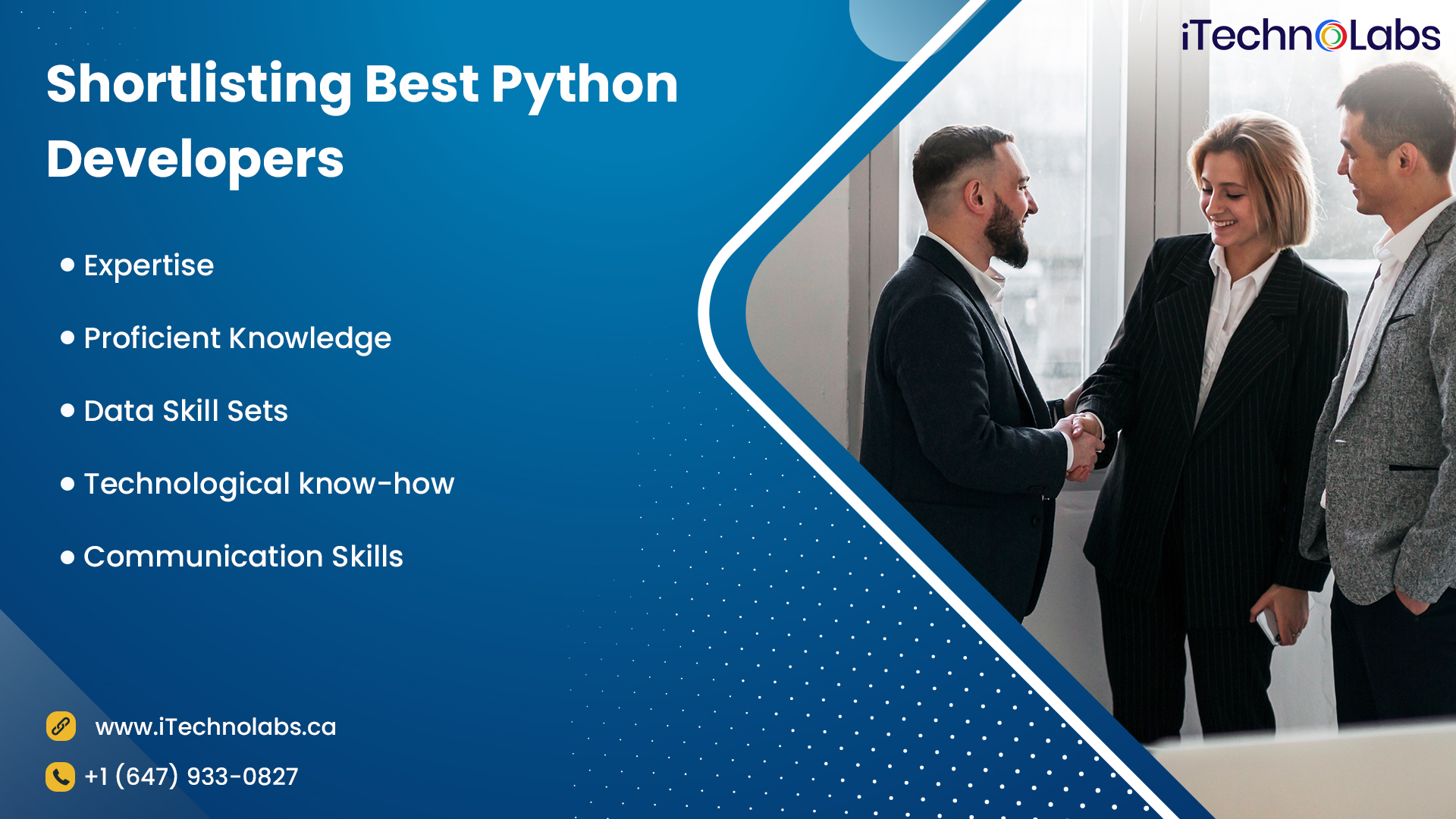 Few things to highlight while hiring a Python Developer:

As a result, your chosen Python developer should be comfortable communicating with and maintaining relationships with all other departments within the organization.

Python developers’ rates have risen in response to increased demand. A full-fledged and highly experienced Python developer charges a premium because, in addition to Python, he is also fluent in other programming languages such as Java. Such professionals are well-versed in and up to date on modern technological requirements such as Cloud Computing, Machine Learning, Natural Language Processing (NLP), and other cutting-edge technologies.

Factors to be highlighted while hiring a Python Developer: 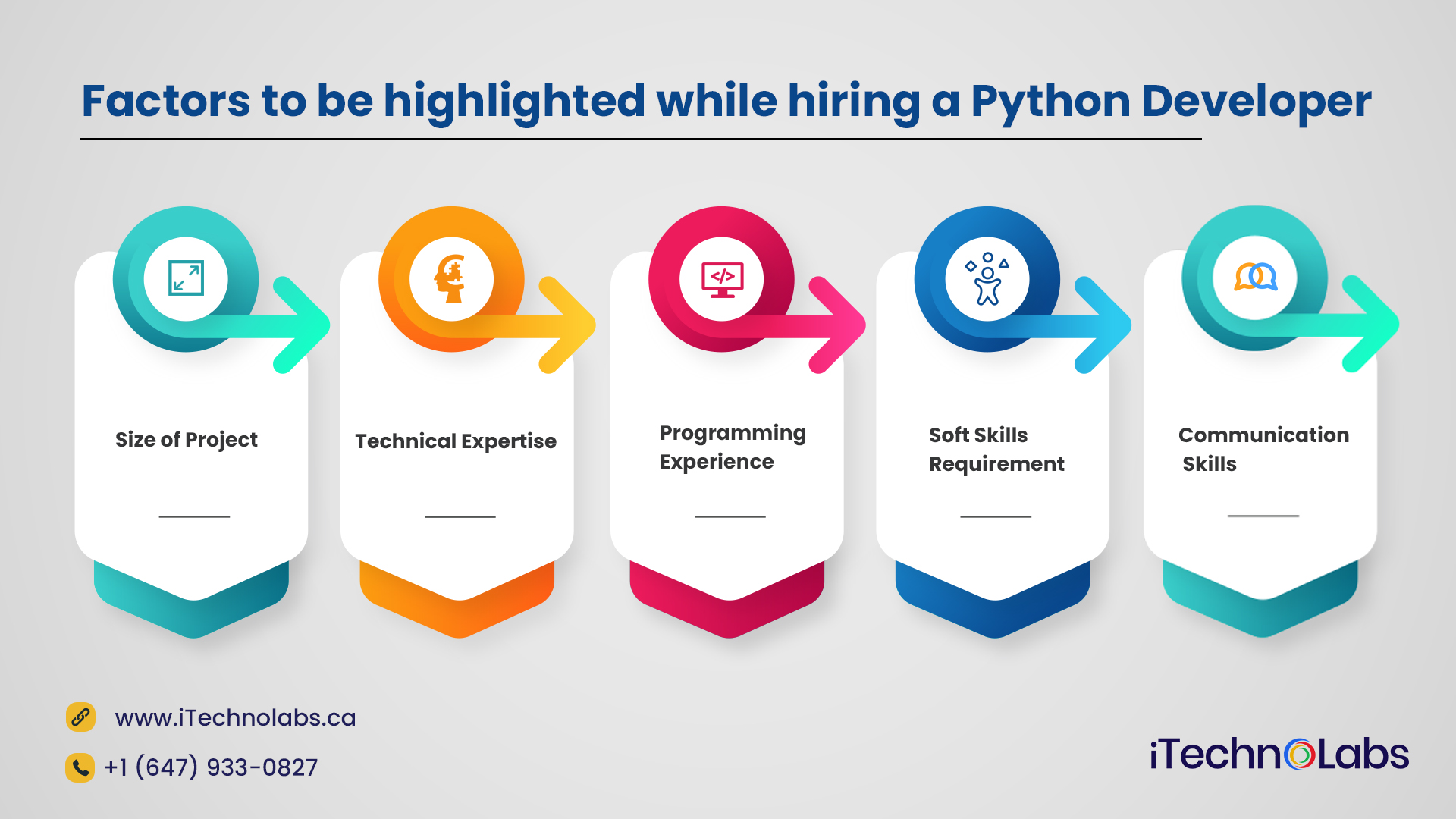 Determine the size, scope, and level of complexity of your project. This will assist you in determining the level of developer and the number of developers required to complete the project on time. The scalability and potential of the project are the two factors that influence the Python developer team’s selection.

If you hire Python developers, make sure he is well-versed in all technical skills such as Django, Docker, AWS, Machine Learning, FLASK, REST, Git, Kubernetes, API, Cloud Computing, DevOps, Apache Spark, and MySQL.

After considering the abovementioned factors, one can evaluate the developers based on their technical skills and responsibilities. But first, it is essential to inform them about the nature of the project on which they will be working: AR and VR, artificial intelligence, web applications, etc. If every point is acceptable to both parties, proceed with the execution.

Do you want to Hire Python Developers For Your Business? 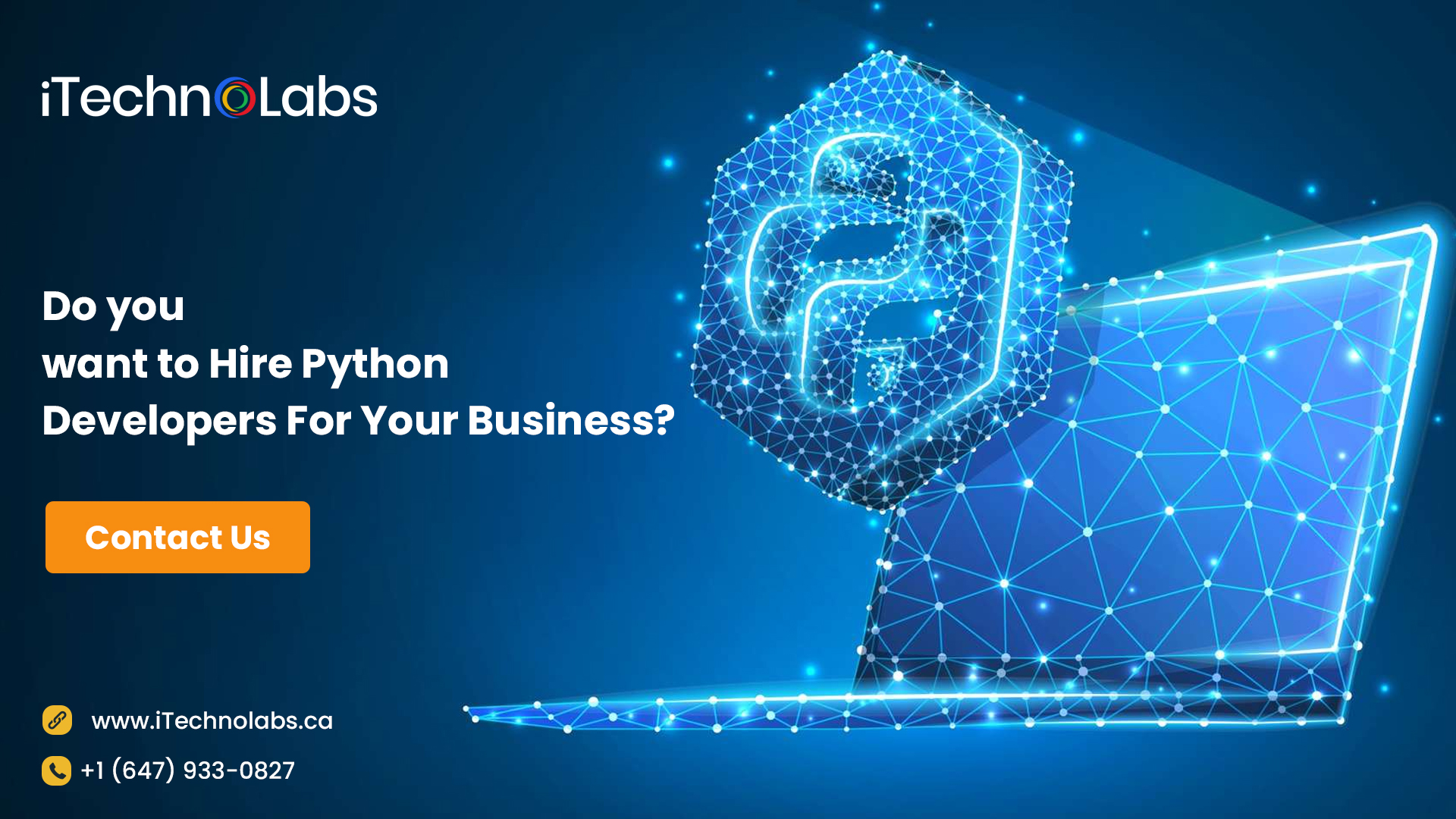 When hire Python developers, assessment tests are created by global subject matter experts to evaluate the knowledge of Python developers at various levels by industry standards. Such tests assist recruitment agencies and hiring firms in screening and selecting candidates based on their OOPS concepts and Data Structure.

Employers and other recruiters can use the Python developer skill test to shortlist potential candidates by evaluating their job readiness. The focus of such assessment exams is on knowledge of applied skills gained through actual work experience. A thorough examination of the results of these exams aids in the recruitment of the best talent with no biases.