5 Crucial Things You Should Know About Blockchain Technology

5 Crucial Things You Should Know About Blockchain Technology 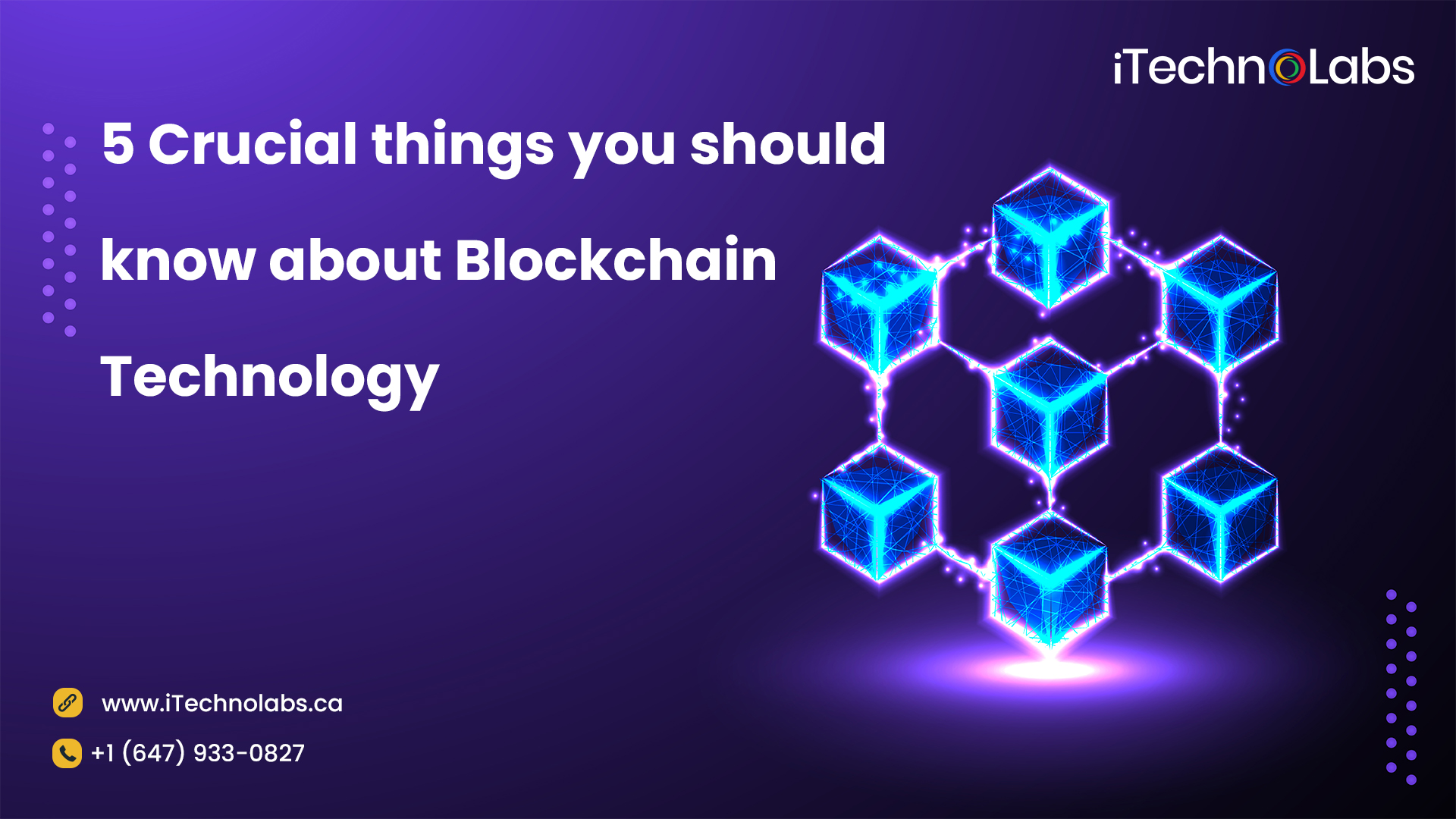 Everyone has undoubtedly heard of Blockchain Technology, but do we truly know how it works and its applications in current life? We’ll go over the fundamentals of blockchain and explain all you need to know in layman’s terms.

These days, blockchain technology is on everyone’s mind. Almost everyone has heard of cryptocurrencies at some point in their lives, thanks to the continuous bitcoin bull market. After all, the blockchain’s decentralized database is required for registering crypto transactions.

What is Blockchain Technology? 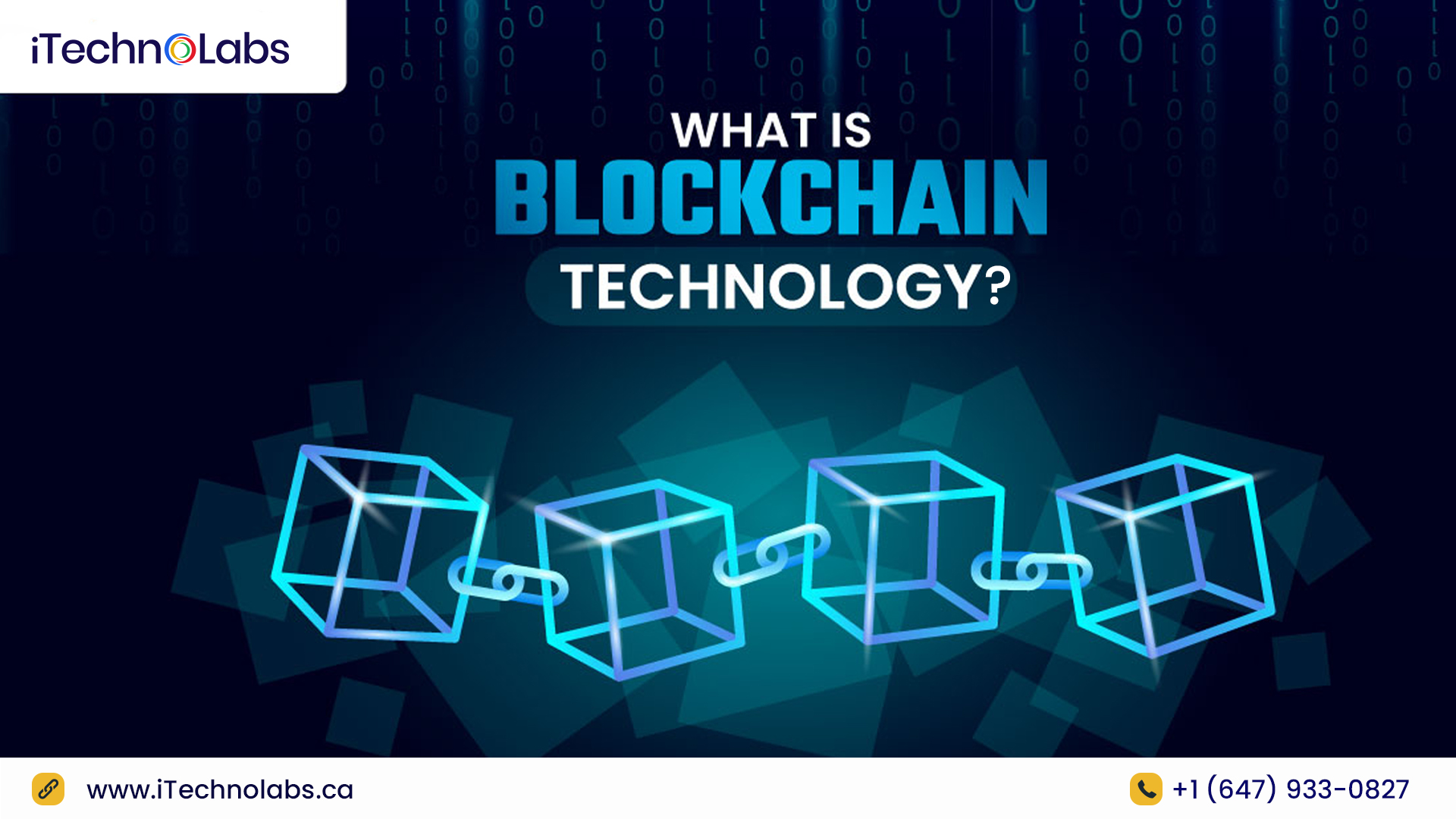 With the launch of Bitcoin, the first practical application of blockchain technology was born. It was created as a decentralized ledger to keep track of transactions in an immutable way. The name “blockchain” comes from how transactions are grouped in blocks and linked together via encryption.

What is the Blockchain Technology Process? 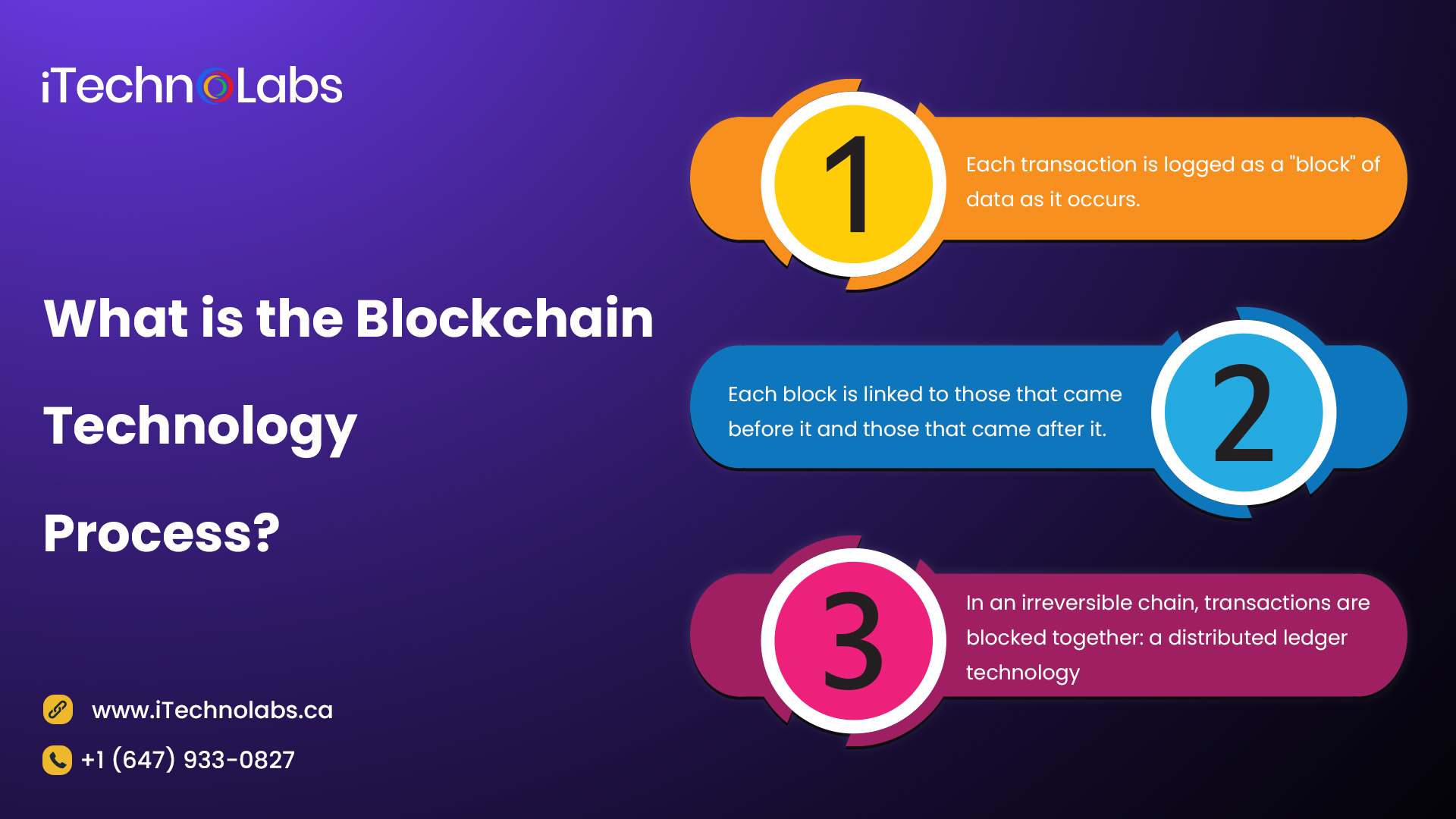 Its operation can be broken down into three key steps:

Step 1 – Each transaction is logged as a “block” of data as it occurs.

These transactions depict a tangible (a product) or intangible asset (intellectual) movement. The data block has the ability to store every type of information such as the state of a shipment and a temperature.

A data chain is formed when an asset is moved from one location to another or ownership changes hands. They are linked together to prevent anyone blocked from being modified or inserted between two other blocks, which ensures that transactions are completed in the correct order.

Step 3 – In an irreversible chain, transactions are blocked together: a distributed ledger technology.

Each successive block reinforces the previous block’s verification, hence the entire blockchain. The blockchain is now impenetrable to any attempts to alter it. Immutability, then, becomes a vital strength. A reliable record of transactions is created for you and other network users, eliminating the danger of malicious actors interfering with the data.

What Are the Different Blockchain Types? 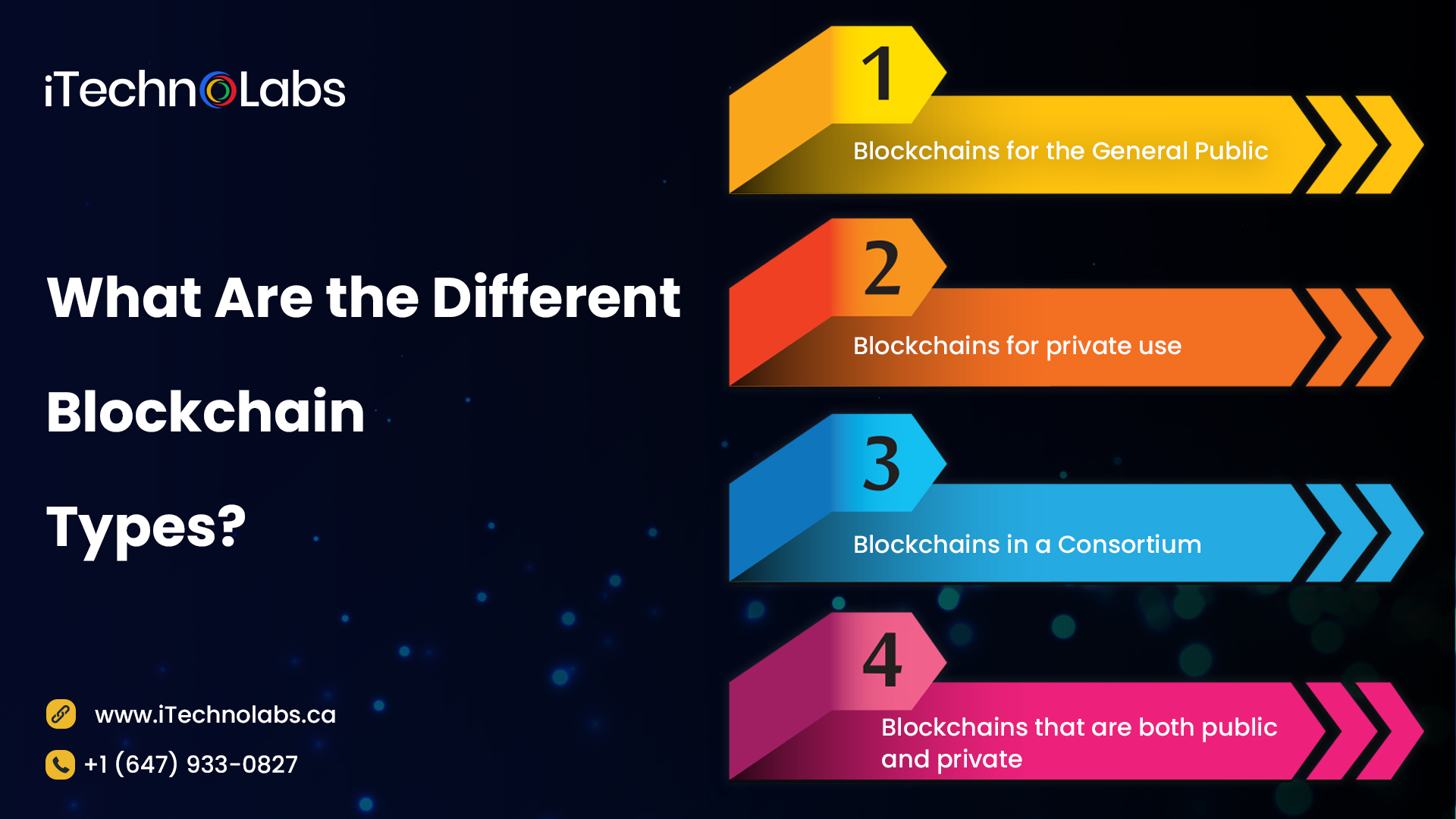 As a result, varying levels of decentralization can exist when accessing the blockchain network. Let’s have a look at the many sorts of blockchains.

First, there are public blockchains, which anyone may access and use from anywhere on the planet. These are decentralized, permissionless, and rely on an algorithm to issue new tokens. An individual can become a validator on the network if they have the necessary hardware. A public blockchain can be thought of as a cryptocurrency like Bitcoin.

2. Blockchains for private use

Private blockchains make use of a closed network that is controlled by a single entity. While anybody can access the web in a public blockchain, private blockchains require permission from the governing organization. Businesses frequently employ blockchains for operational purposes.

3. Blockchains in a Consortium

Blockchain networks regulated by various private entities are known as consortium blockchains. These, too, are permission networks, with each consortium member having a voice in who and how to utilize the blockchain’s features.

4. Blockchains that are both public and private

Finally, hybrid blockchains, which are a mix of private and public networks, are available. The web is layered in this situation, with the outer levels usually open to the public and the inner levels regulated by a private business.

We Need To Know These 5 Things About Blockchain technology: 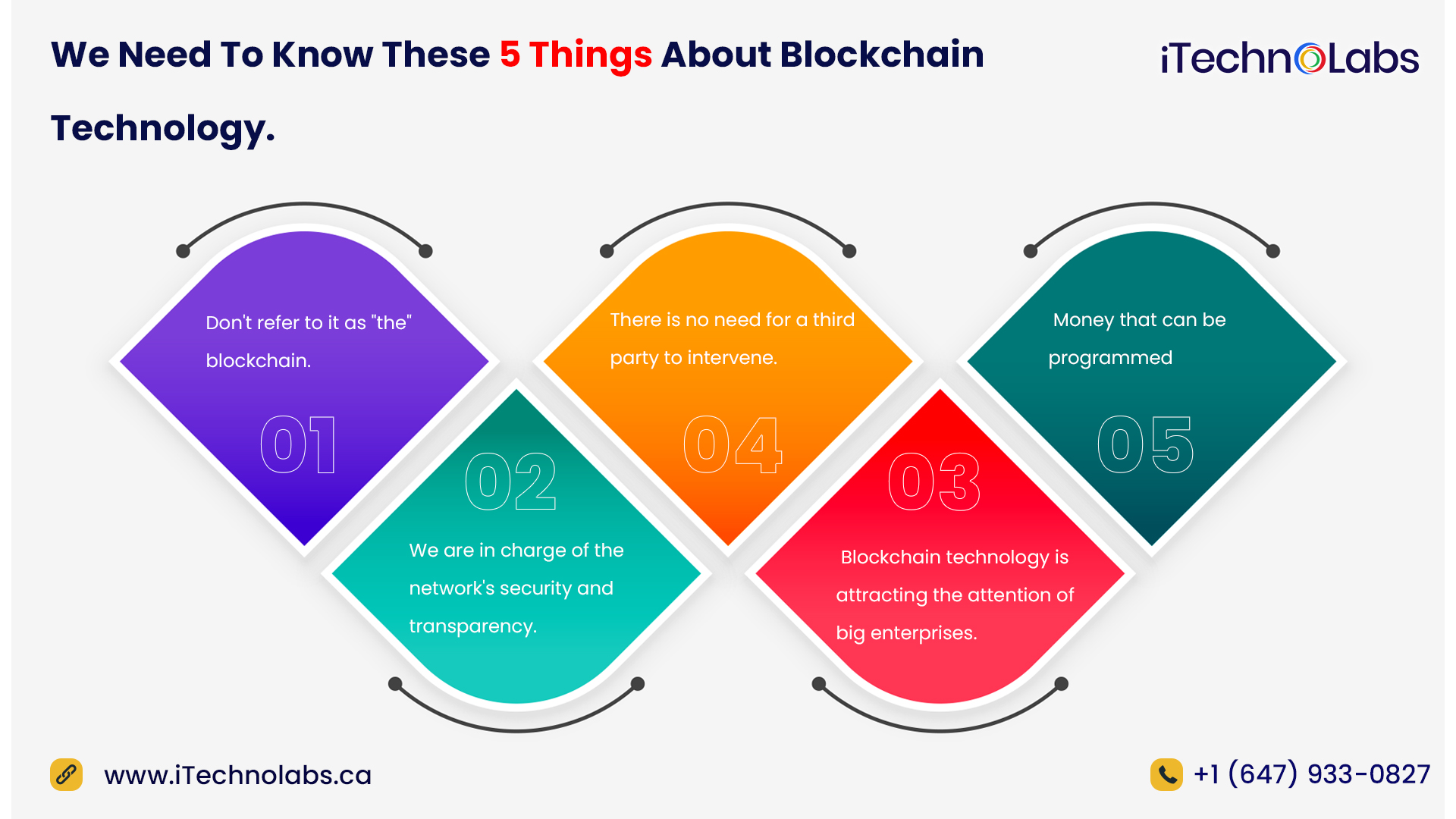 Blockchain is all the rage in business and industry, and many people believe it’s all about Bitcoin and cryptocurrency. But there’s a lot more to the technology, and here are a few essential points to be aware of.

The first thing to understand about blockchain is that there isn’t just one, but many. Blockchains are public ledgers of transactions that are distributed and tamper-proof. The most well-known application is the tracking of bitcoin transactions, but blockchains are also used to track loans, stock transfers, contracts, healthcare data, and even elections.

Over a peer-to-peer network, participating computers exchange transactions for inclusion in a shared ledger. Because of the way the logs are signed, each node in the chain keeps a copy of it and may trust the documents of others. They package up the most recent transactions in a new block of data to be added to the chain regularly. Each block also carries a computational “hash” of itself and the previous block in the chain, in addition to transaction data.

Modifying or fabricating a transaction in an earlier block would change its hash, necessitating recalculation of the hashes buried in that block and all following blocks to mask the change. That would be incredibly difficult to accomplish before all honest individuals appended new, genuine transactions to the chain’s terminus, all of which reference the previous hashes.

Blockchain technology was first discussed by anti-establishment figures demanding freedom from central authority, but it’s quickly becoming a part of the establishment. IBM and Microsoft are selling it, and large banks and stock exchanges buy it.

Trusted third-party agency requires no need for a middleman or to maintain the database because the computers that make up a blockchain system contribute to the content of the ledger and guarantee its integrity. This is one feature that attracts banks and trading exchanges to bitcoin, but it’s also proving to be a stumbling block as traffic grows. The total computing power dedicated to bitcoin processing exceeds the combined computing power of the world’s fastest 500 supercomputers. Still, the volume of bitcoin transactions was so high last month that the network took up to 30 minutes to confirm that some of them had been included in the ledger. Credit card transactions, on the other hand, which rely on a central authority between payer and payee, often take only a few seconds to confirm.

One of the more intriguing applications of blockchains is maintaining a record of what should happen in the future rather than what happened in the past. Blockchain technology is being used by organizations such as the Ethereum Foundation to store and process “smart contracts” performed on a pay-as-you-go basis by the network of computers participating in the blockchain. They can respond to transactions by gathering, storing, transmitting data, or transferring the blockchain’s digital money. The contracts’ immutability is ensured by the blockchain on which they are kept.

Reasons Why Blockchain Technology Is The Way Of The Future 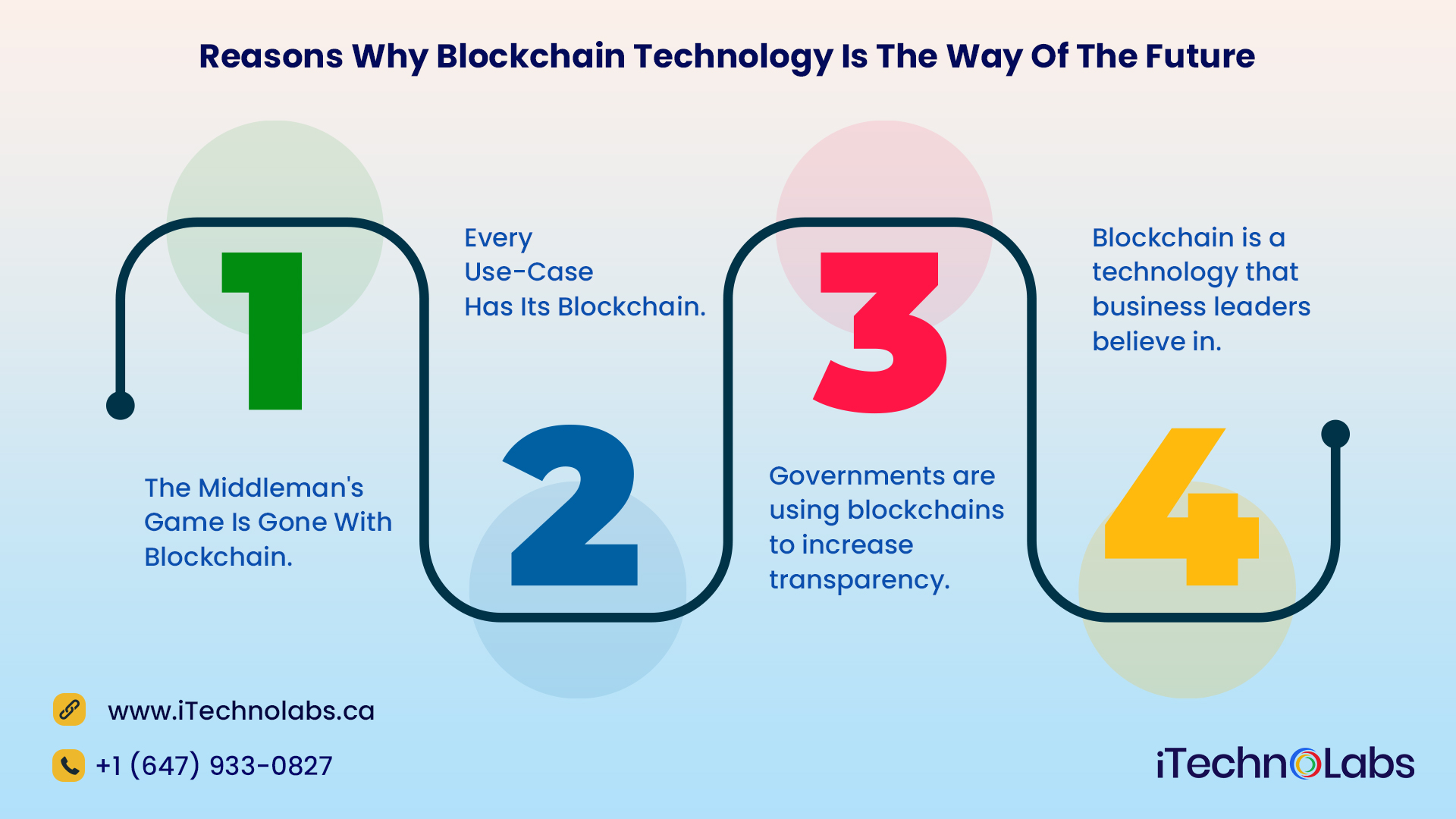 Cryptocurrencies like Bitcoin, based on blockchain, are decentralized and employ a distributed ledger to track, control, and monitor transaction flow. This decentralizes power away from central banks and governments and instead places it in the hands of users – at least those who know what they’re doing. But blockchain isn’t just for fintech; it can also be used to eliminate intermediaries in several crucial industries, resulting in increased efficiency, transparency, and the elimination of corruption at the highest level.

The distributed ledger technology (DLT) used by blockchain ensures that data is never saved in a single location but rather among multiple nodes or users. While not all blockchain applications are based on distributed ledger technology, nearly all are. This keeps every node or user up to date on what’s going on in the chain. Blocks are used to record transactions, and they are only added following a verification and validation procedure using either Proof-of-Stake or Proof-of-Work. Blockchain is more secure than paperwork, traditional databases, and other solutions since the blocks can’t be erased or edited once they’ve been added.

This not only eliminates the requirement for a third-party auditor but also eliminates the risk of data manipulation or tampering. If enough nodes act on it, there is a 51 percent attack potential of changing the protocols; however, even this is documented and immediately traceable to the nodes who set it in motion. 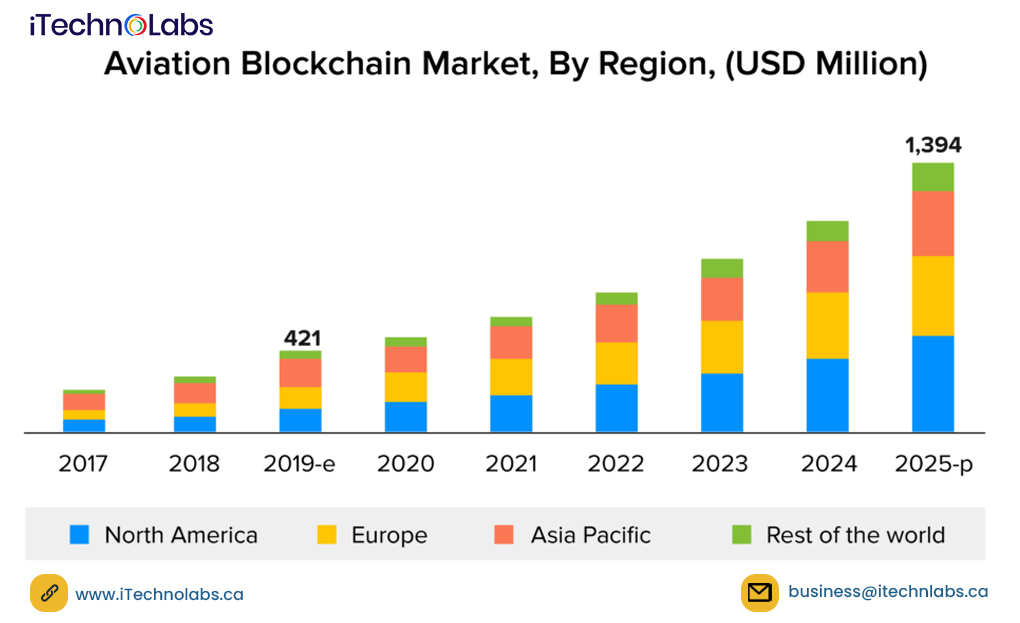 The peer-to-peer electronic currency transaction in the case of Bitcoin or cryptocurrencies is nothing more than a series of data exchanges. As a result, the concept has been adopted in various other applications. Many Indian banks have already implemented several blockchain-based applications, including invoice processing, discounting, eKYC, document authentication, and verification via e-signature, and the issue of commercial letters and other trade documents.

All of these required a middleman, an agent, or an auditor at some stage to complete one or more aspects of the transaction, introducing levels of corruption, misconduct, or plain mismanagement.

Not all blockchains are decentralized, as previously stated. As one protocol can be built on top of another, a blockchain can be public, private, permission, or a combination of these. Take, for example, Facebook’s Libra. Unlike Bitcoin and many other cryptocurrencies, Libra will be regulated and monitored by the Libra Association while being based on the Libra blockchain. This group includes Facebook and the member corporations that want to profit from Libra rather than administer it as a non-profit cryptocurrency like Bitcoin.

On the other hand, this customization makes blockchain so adaptable that it’s currently being utilized for a wide range of non-fintech applications. For example, in light of the false news epidemic, storing medical records, finalizing binding agreements, tracking the flow of products, preserving personal credit information, land register, and even confirming facts are just a few examples.

Blockchain Estonia is a shining example of may provide efficiencies in governance and ease of doing business to countries that have adopted blockchain-based solutions on a big scale. Various Estonian digital services utilize the blockchain, including digital health records, prescription databases, judiciary, law and order, banking, business registration, and property registration.

The Indian government recently told the Lok Sabha that it is developing a National Blockchain Framework. The NITI Aayog has previously produced a white paper on blockchain and is investigating its potential uses in e-governance across sectors and states.

Blockchain has been utilized by international organizations such as NATO, the United Nations, and the World Bank for various uses, including issuing bonds. Microsoft and Accenture have teamed up to develop a prototype digital identity system for a UN project that aims to provide legal identification to more than 1 billion people worldwide.

This allows users’ personal information to be readily shared with service providers and government organizations without jeopardizing how it will be used or notifying users that their information has been shared with third parties. A Complete Guide about Non-Fungible Tokens (NFTs) for Blockchain

In 2019, 86 percent of the 1,386 executives who participated in the Deloitte study from a dozen countries believed that blockchain would eventually reach the mainstream, compared to 84 percent in 2018. This demonstrates that significant corporate executives and businesses are seriously considering blockchain deployment. This, of course, has a good knock-on effect on smaller enterprises. 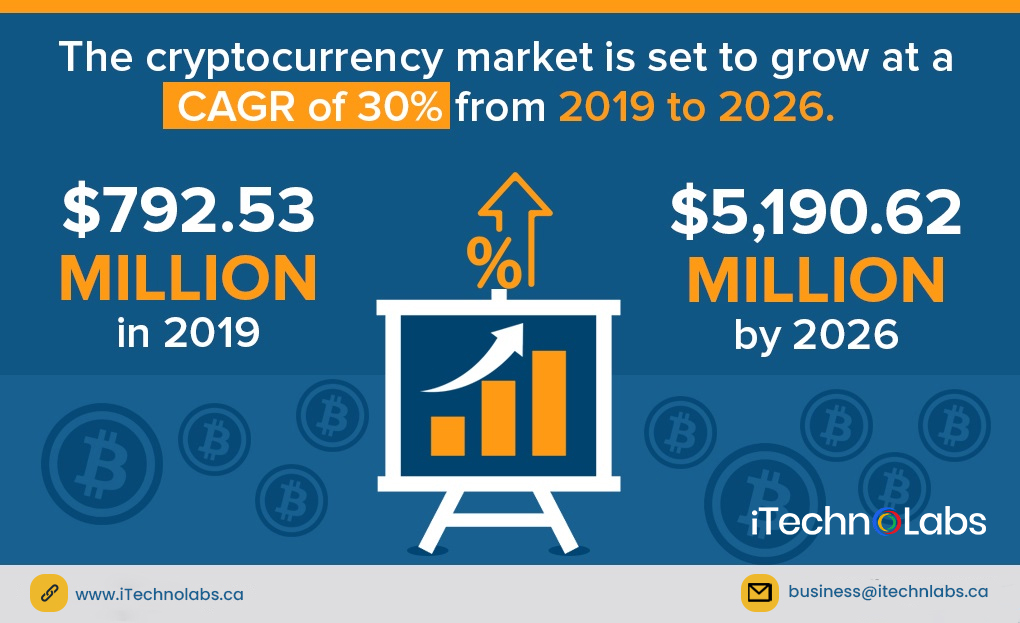 According to the Deloitte survey, 81 percent of respondents intend to replace their current records system with blockchain, and 77 percent believe that if they do not implement blockchain, they will lose market share or traction. The main question for industry leaders is how to make blockchain work for their specific needs, not whether they should accept it at all.

Are You Looking for a BlockChain Technology Company ? 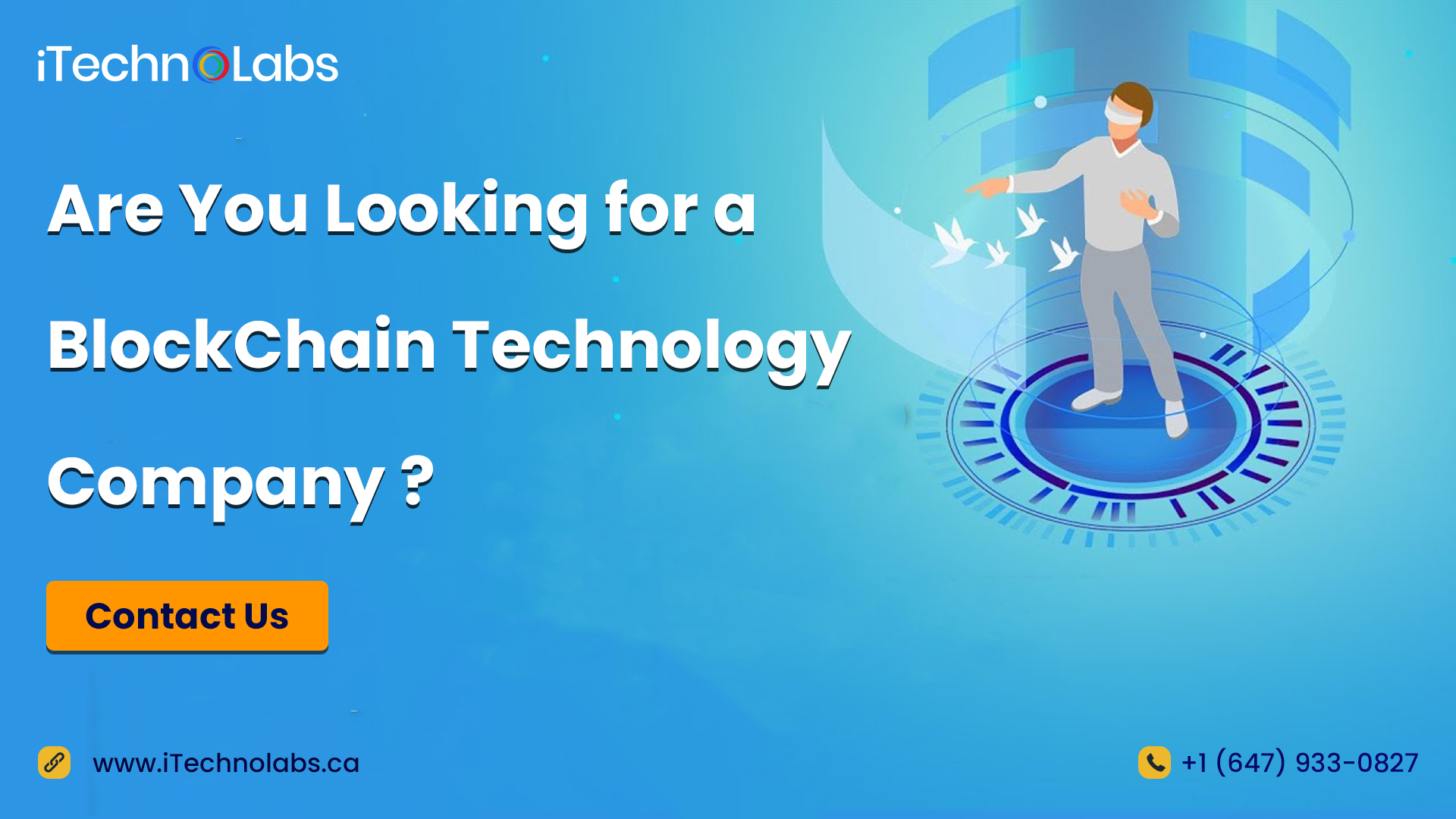 Cryptocurrencies popularized blockchain technology, but it is now gaining interest in other businesses. This technology has disrupted banking in the last few years by giving a viable alternative to our outdated, faulty financial system. And this is only the start. We can expect to see blockchain expand into other industries and become the driving force behind the impending metaverse that everyone is buzzing about.