A Complete Guide to Hire iOS App Developer for Your Business 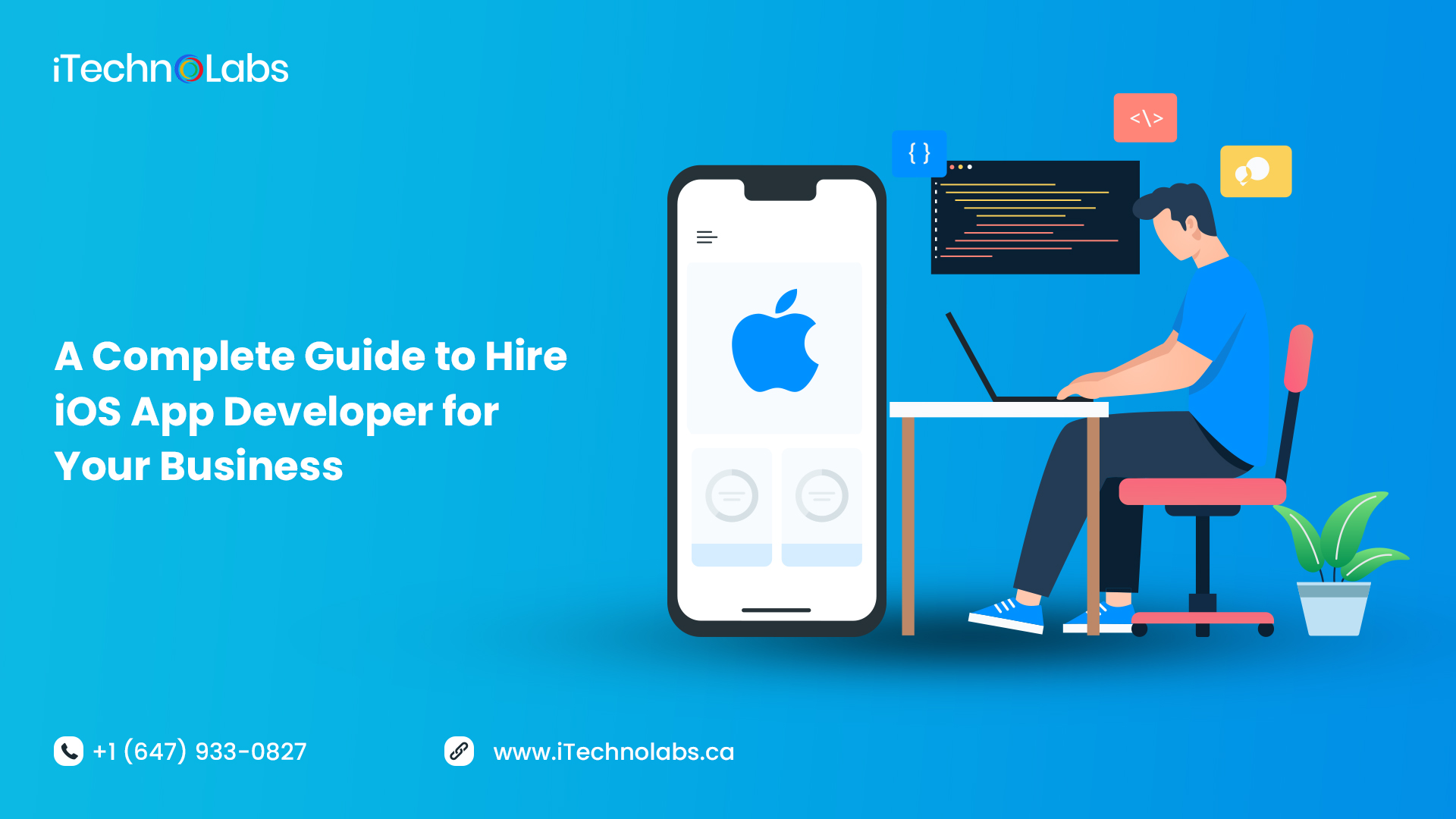 Smartphones running on Android and iOS account for 99.6% of the market share, with iOS accounting for just 20.38 percent. However, iOS users spend more money on premium mobile features such as apps, iCloud storage, etc., than Android users do.

The result is that companies are actively seeking to hire iOS App Developers and programmers who can build excellent applications that will yield them substantial revenue.

How does iOS development work? 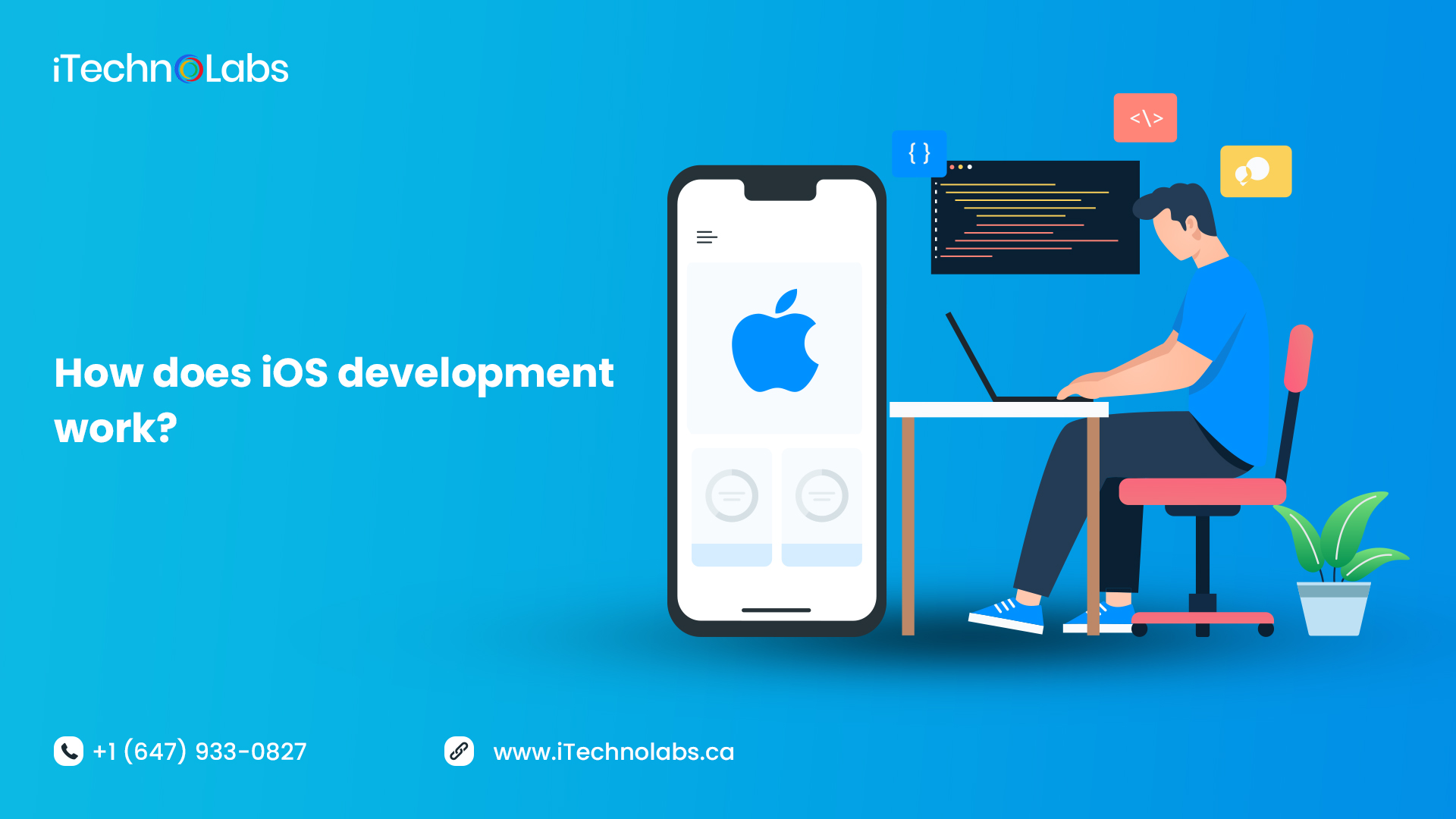 Do you need to hire iOS developers for Your Company? 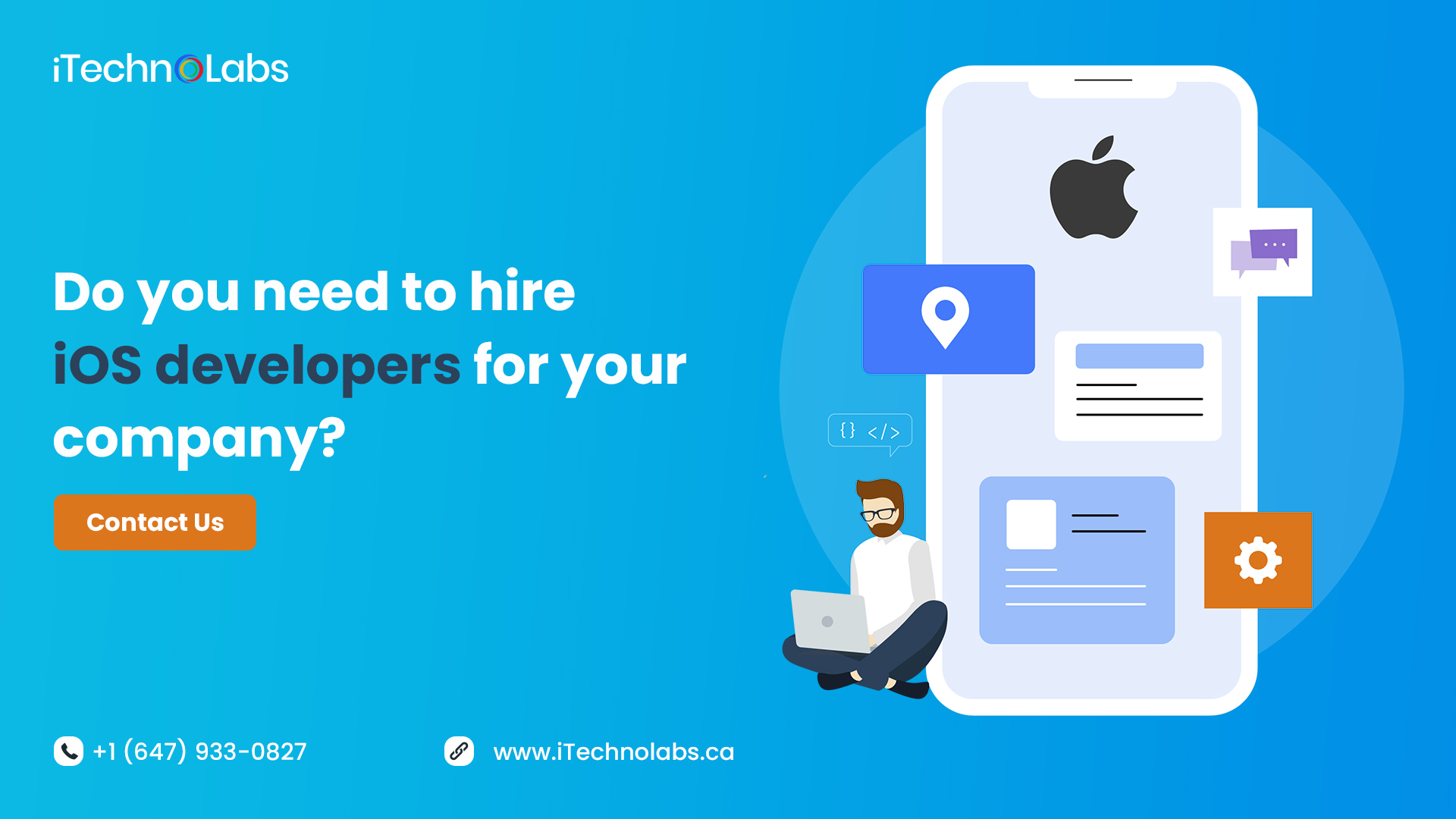 The first thing we need to do is look at a few statistics. As a result of iPhone sales alone, Apple’s revenue in 2021 was over 365 billion dollars. This was the most significant year yet for the wearables division of Apple, growing by 25 percent. Apple has also sold 70 million iPads since the fiscal year 2020, 40 million Apple watches, 20 million Macbooks, and 110 million AirPods. The company’s services division, which includes Apple Music and Apple TV, contributed 18 percent of its revenue during the same period.

Companies that sell their services digitally need to hire iOS app developers who can build native iOS apps. In that case, they will not be able to reach the rich Apple users.

In addition to creating native iOS apps, many iOS app developers can also build cross-platform apps that work on Android and iOS. Developing apps for iPhones by iOS programmers improve customer experience and helps businesses thrive. Moreover, they offer an enhanced level of security and can be used offline across a variety of devices.

Hire iOS app developers those have the following responsibilities:

What Are The Benefits Of iOS App Development? 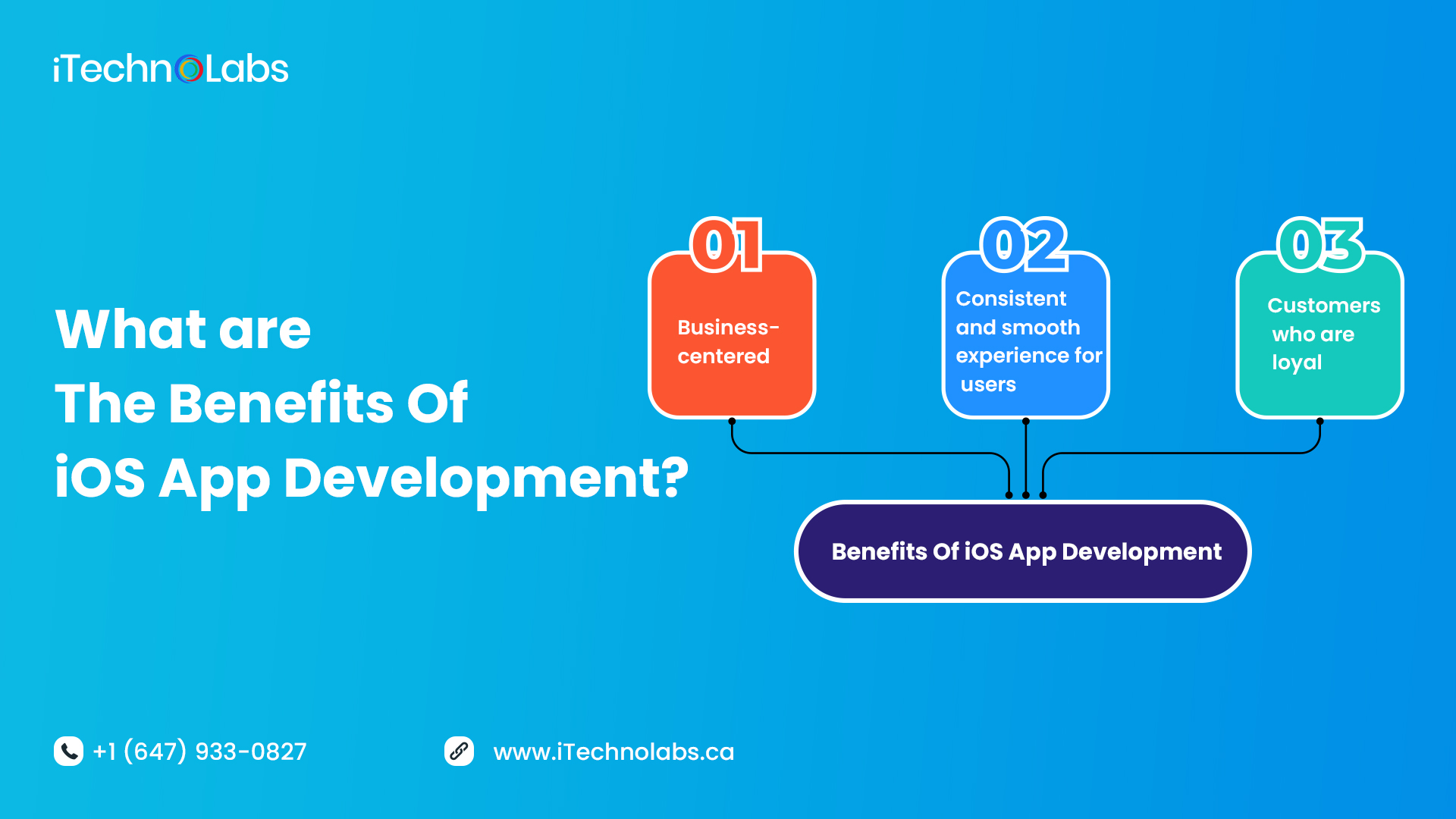 The app development industry is full of competition, and there is no doubt about that. Hence, businesses need to develop successful and innovative mobile solutions for their clients.

Investing in iOS app development services is profitable. It is primarily because senior managers, head of departments, and tech specialists prefer iOS devices and applications. The majority of their in-app purchases are for iOS devices.

As a business owner, you might want to develop an app to attract a more extensive clientele base. Considering iOS app development, this should be your first choice. With the iOS environment on the devices, apps run faster and are arranged with accuracy.

You can also hire iOS app developers who have the right skills and experience to create a highly functional app with hardware and software. iOS app development offers a high chance of developing feature-rich applications and providing a consistent and smooth user experience compared to other mobile OS platforms.

A large group of users admires the quality and performance of Apple’s iOS applications and devices. Once smartphone users have used apps on iOS, they cannot be satisfied with any other mobile operating system. A large and loyal customer base can be attributed to iOS apps’ seamless performance and fabulous user experience. 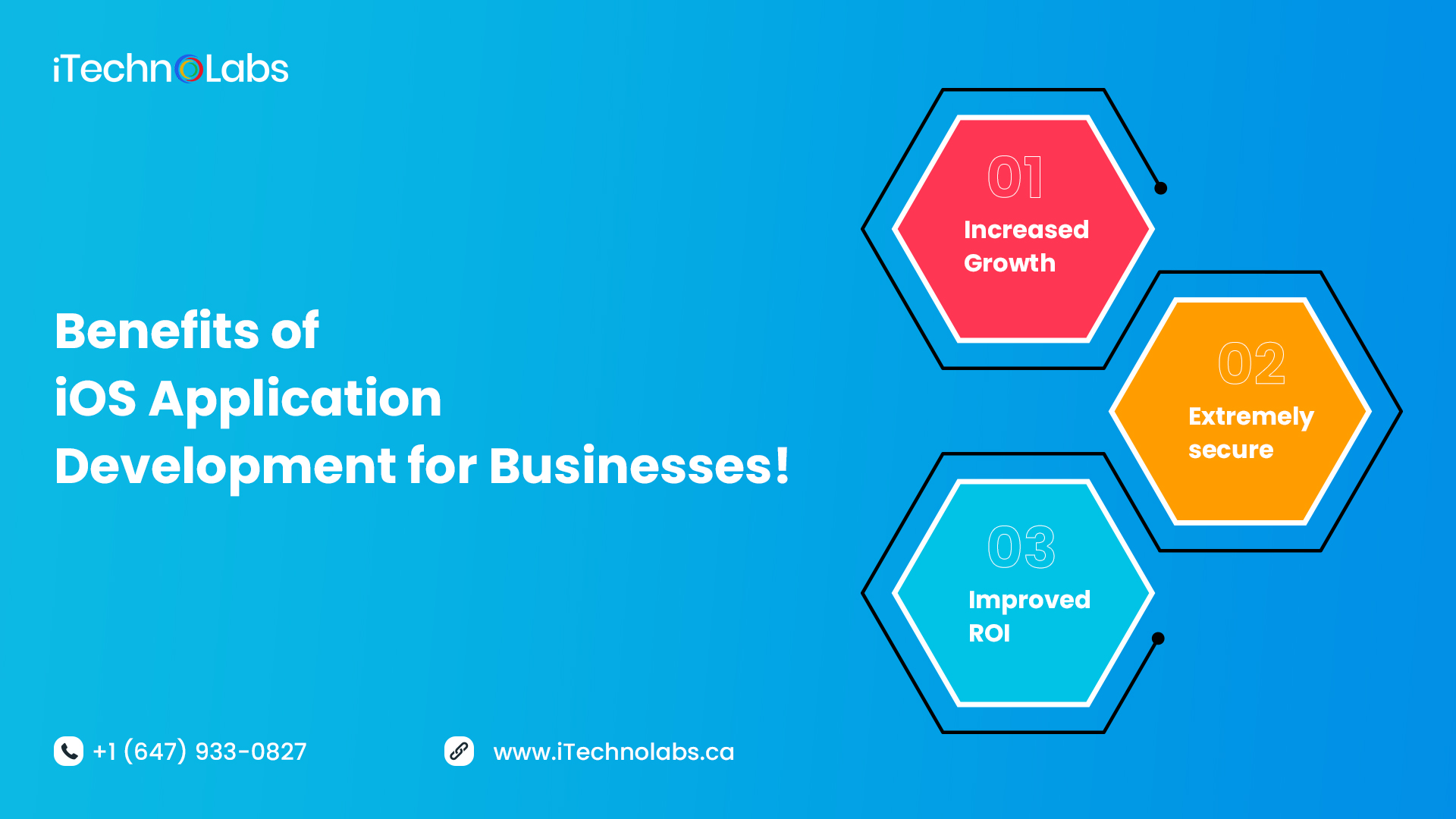 Businesses benefit from iOS app development in the following ways:

A company can significantly improve its chances of achieving this goal by using an iOS app. Apps for iOS devices are a great way to connect with the audience of people using these devices and gain a strong presence in advanced economies.

As iOS is known for being extremely secure, users may rest assured that their data is protected. iPhone users do not worry about malicious software when using their devices, enabling them to conduct more transactions because they are confident their personal information is secure.

We have discussed a great deal about iPhone app development and how they can benefit businesses in 2022. Let’s get right into the best hiring techniques. Consider these ideas when selecting an iOS developer. Let’s get started!

How Can You Hire iOS Developers? 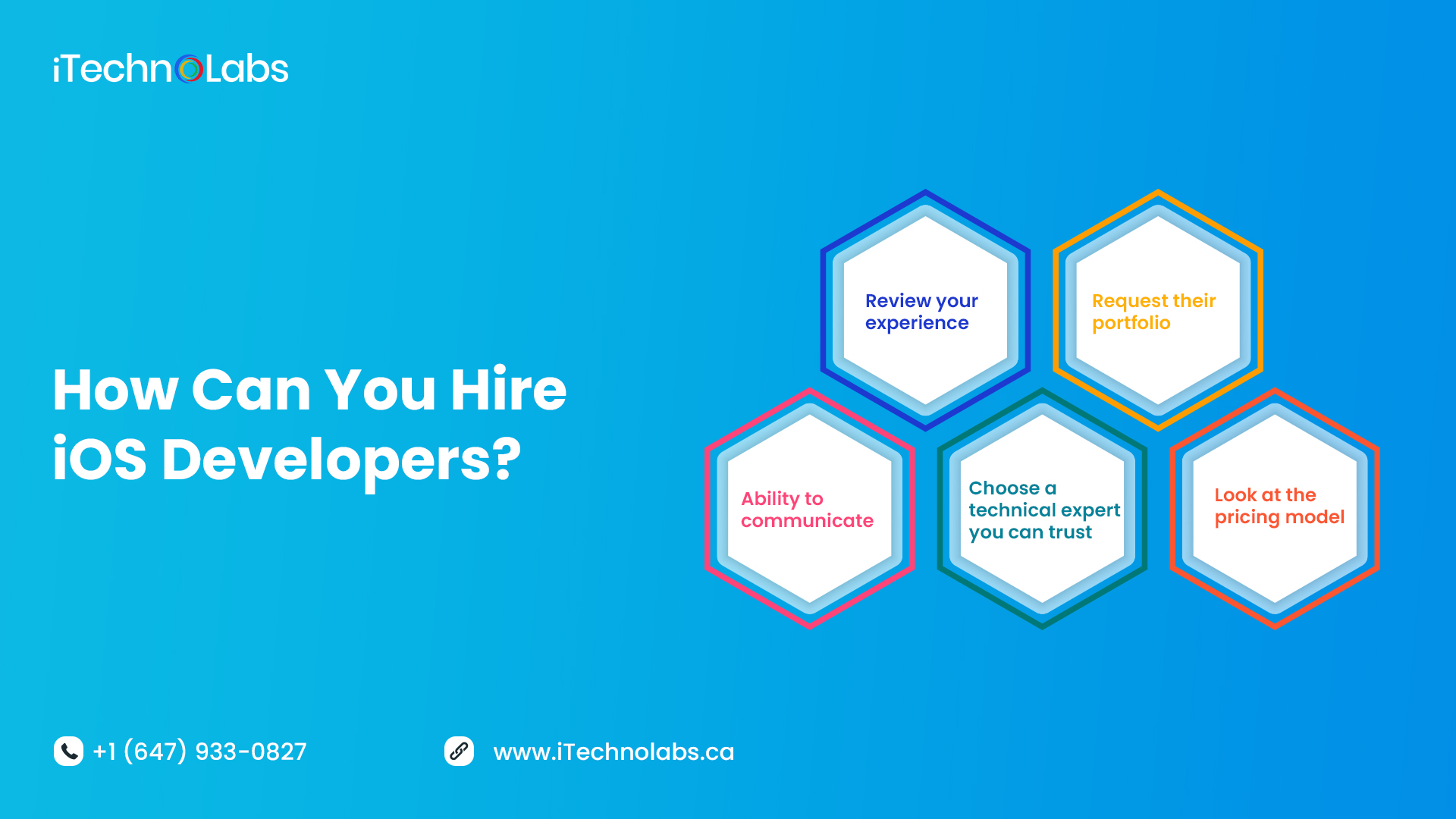 Here are some tips on how to hire ios app developer!

A developer with relevant work experience is like hitting the jackpot when selecting an iOS developer. Developers with expertise in similar-sized and planned projects will grasp your project’s requirements quickly and be able to approach your project properly. As far as iOS developers are concerned, there are three primary levels of proficiency to consider.

There are several types of iPhone developers:

This is the next step you need to take when searching for competent iOS developers. The experts will be delighted to display their previous application development work on their portfolios. Examining their portfolio can help you decide if they are an appropriate choice for you. You can also inquire about the quality of their work by contacting their clients.

Make sure the iPhone developer you choose is friendly and communicative. To discuss the project update or any other changes, you’ll need to contact the development team several times. Developers must maintain a fast and reliable line of communication. To be able to communicate clearly with clients all over the world, they also need super-fast internet access.

#4. Choose a technical expert you can trust

Take into account their capabilities, understanding of your task, and how they will handle it in the heat of the moment! To gain a sense of the developers’ technical expertise, conduct a separate interview with them. The Swift programming language should be familiar to iPhone app developers. Additionally, a well-designed architecture is essential. MVVM architecture is preferable to MVP architecture at iTechnolabs due to its recent start and higher quality code.

#5. Look at the pricing model

In addition, you should consider the development costs. Cost is a major consideration when it comes to hiring iPhone developers. It would be ideal if you didn’t skimp on the price when it comes to quality. Build a high-quality app using the agile technique, which yields flawless results. You must hire developers that request a budget and operate efficiently within that cost while maintaining a high level of performance.

Skills in time management: Teams within the organization are given deadlines for the assigned projects, whether internal or external. You will have to extend the deadline quite often if you have iOS app developers without strong time-management skills. Managing time well is a sign of a disciplined and sincere approach to their work that distinguishes iOS app developers.

When recruiting iOS app developers, recruiters should hire those who are punctual and can provide an accurate timeline after obtaining input from both the client and the team. App developers with excellent time management skills are the only people who can do this. Before deciding on a timeline, they will consider the size of their team and the resources available to the organization. Therefore, their estimate is accurate since they calculate the time it will take to complete a particular task.

Teamwork: Collaboration among team members is vital to successful application development. The right way to approach iOS app development projects is by always putting the team first. Positive idea-sharing and conflict resolution can be greatly facilitated should any arise within the team.

Leadership skills: A developer who wants to lead a team of iOS app developers should possess leadership abilities. Those with leadership skills show initiative for new projects and will take responsibility for their actions. Their mentorship and a positive attitude can also motivate team members when a project does not go as planned and guide them towards success.

When hiring iOS app developers, how much should you expect to pay? 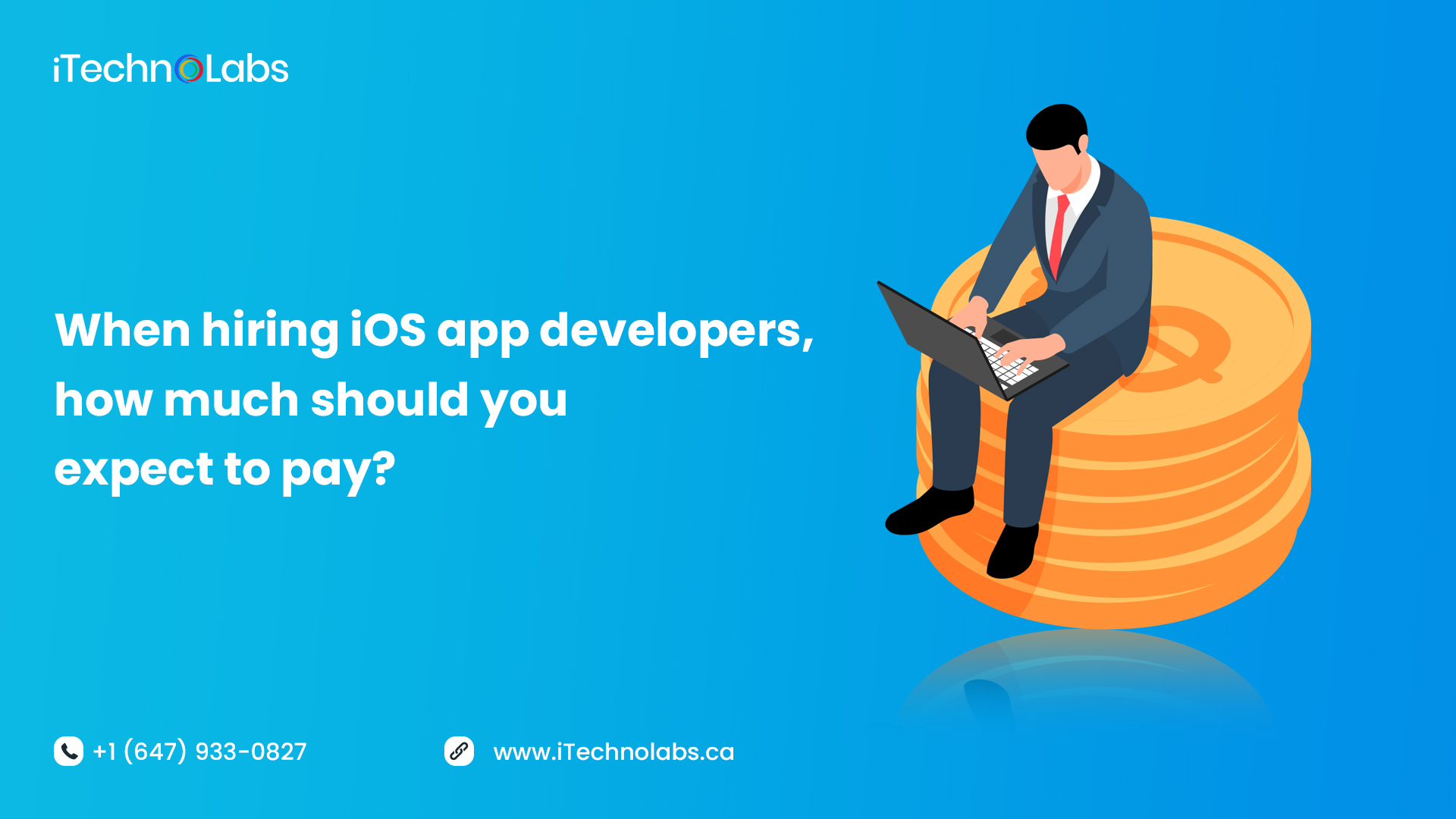 You need to consider several things before hiring iOS app developers for your organization. First, define the level of experience you require, as you’ll require junior, mid-level, and senior iOS developers. Pay should match industry standards for each of these roles. However, you can offer a higher salary to applicants who show exceptional skills and can perform their roles well and contribute in other ways to the organization.

Do you Want to hire iOS app developer from iTechnolabs? 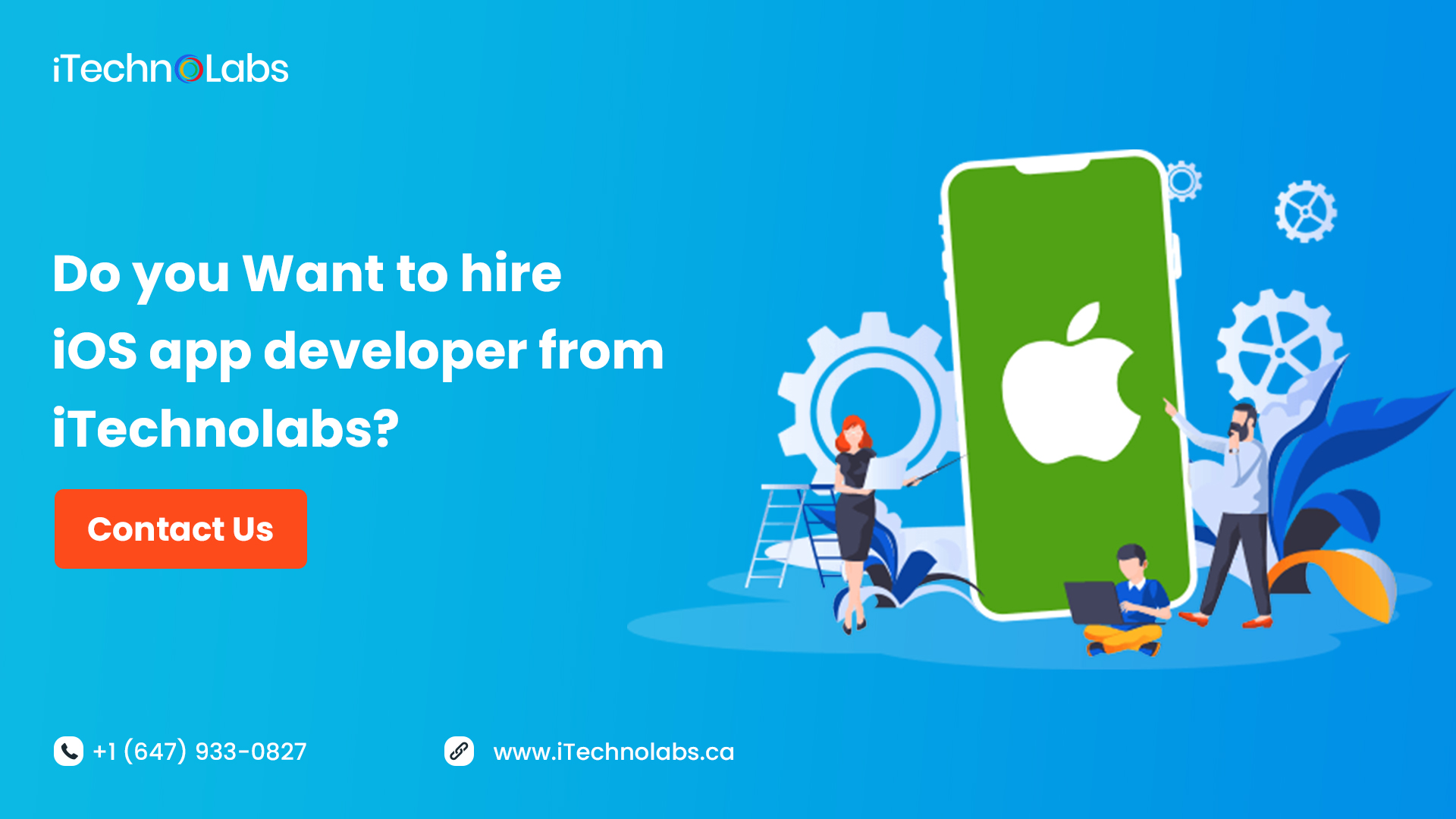