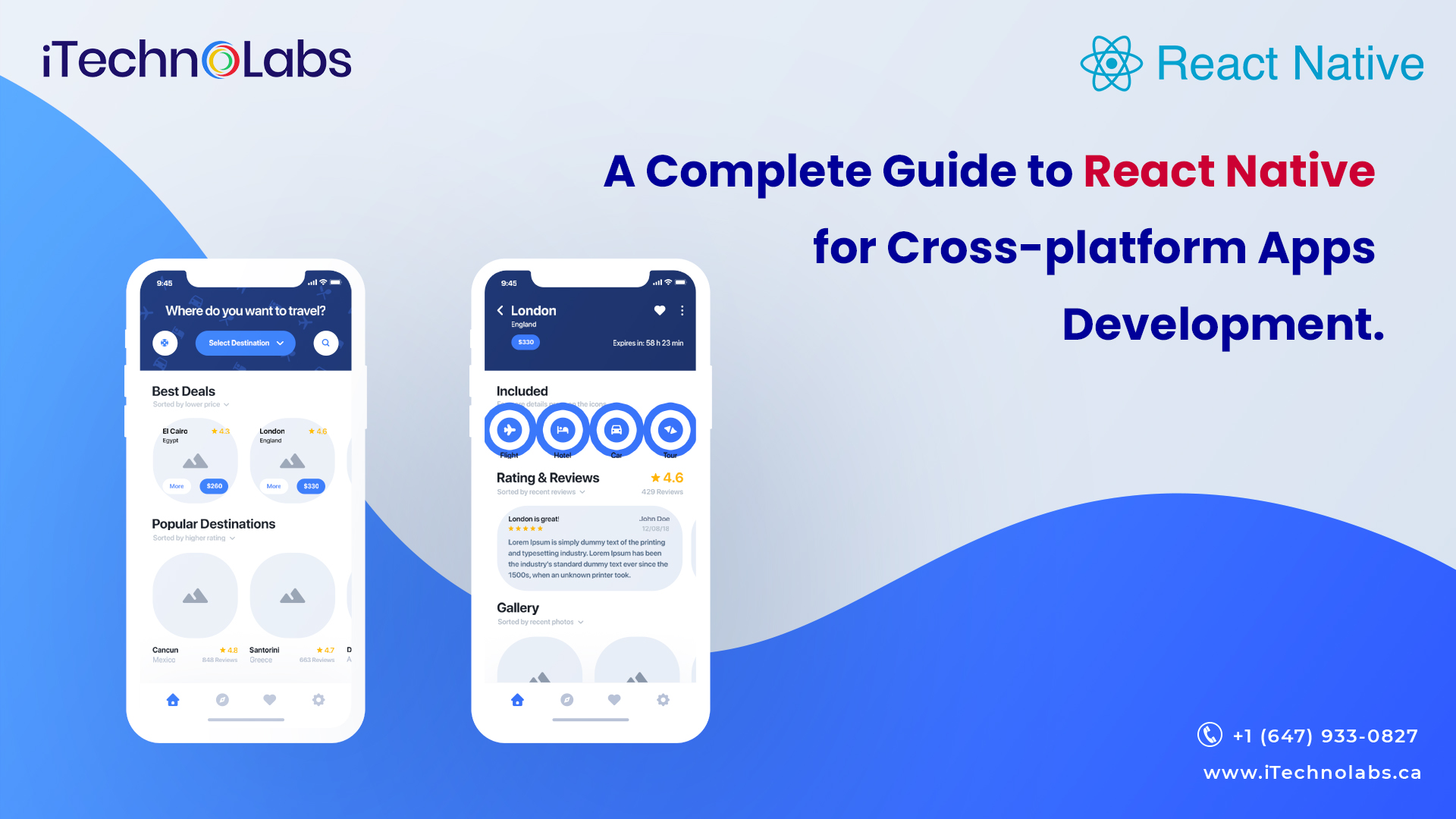 Additionally, the market is being fueled by the continued expansion of enterprise apps, the increased focus on apps expressly used for health and fitness, and the high number of downloads and in-app purchases for gaming applications.

Several factors, including a lack of high-speed connectivity in developing and undeveloped regions and enterprise skepticism about developing their applications, are predicted to limit the development of mobile applications. Furthermore, an increase in investment in digitization and the adoption of internet of things technology and mobile linked smart devices are projected to present significant potential for the market to develop throughout the forecast period, according to analysts.

There are certain disadvantages to using React Native. Some features are missing, and best practices are still being discovered, typical of a young project. It also comes with the hassles that come with any immature library. Even though they are small and limited in scope, breaking changes between versions still occur.

Although one does not have a background in JavaScript, it is difficult to argue with the advantages of a shorter development cycle and nearly complete code reuse in this environment. Furthermore, because React Native allows you to switch from “native” development to “standard” development whenever you need to, you are not hindered by the framework’s constraints. You should seriously consider it if you’re embarking on a mobile project.

React Native offers numerous advantages, such as developing cross-platform applications for Android and iOS devices. You had to write your code twice before using React Native – once for Android and once for IOS. That isn’t the case any longer. When it comes to React Native, the programming language employed is JavaScript. REACT Native is a mobile application development framework that enables developers to create programs compatible with iOS and Android operating systems.

A brief overview of the history of React Native: 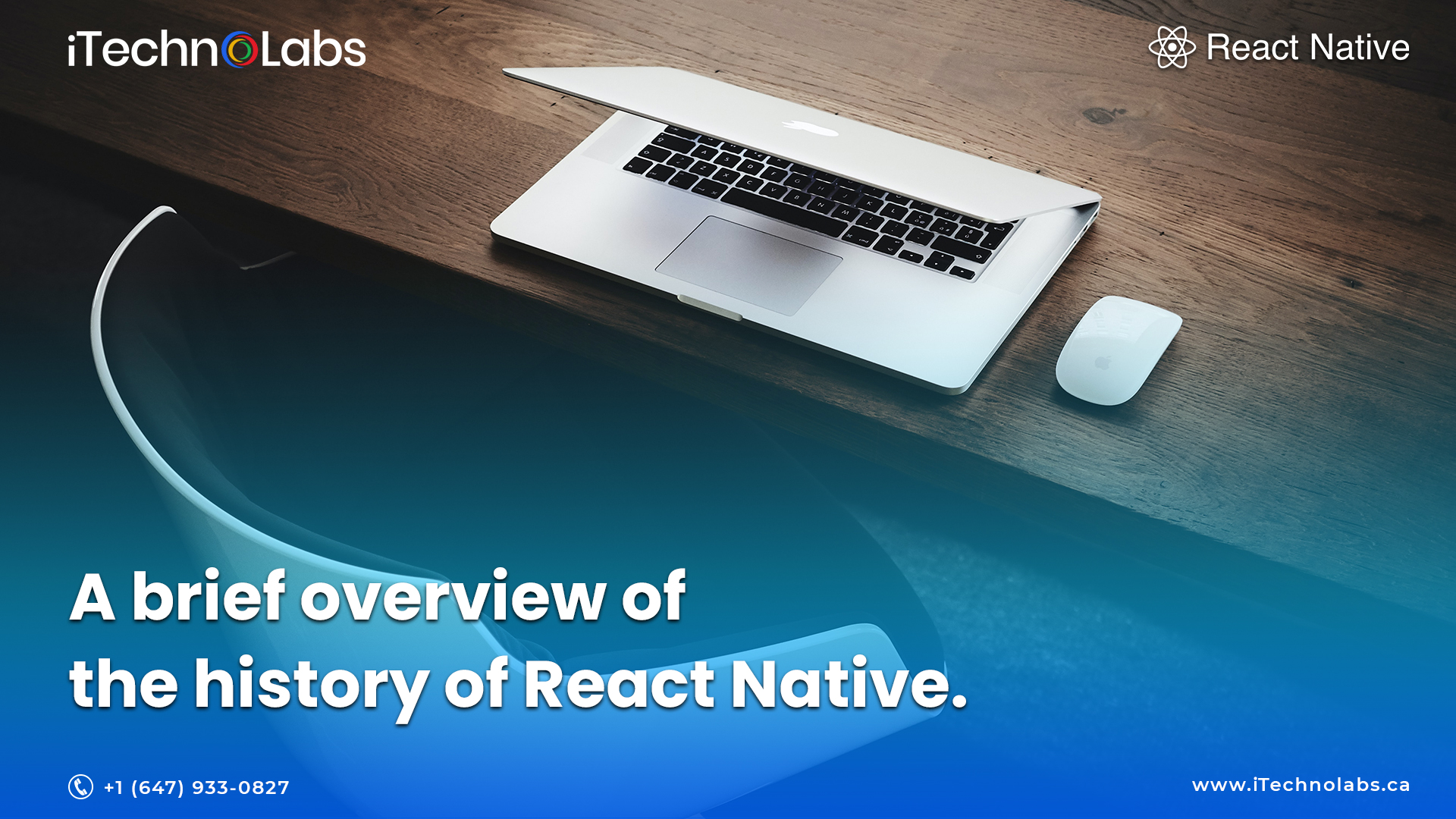 Two things are clear from the information presented above: React Native is more established than Flutter and has a larger user community. Also worth mentioning is the ample amount of time the Facebook team has had to stabilize the API and concentrate on fixing any underlying issues.

And don’t forget that Facebook is also working on several other major enhancements, including the following:

What is the React Native Framework, and How Does It Work? 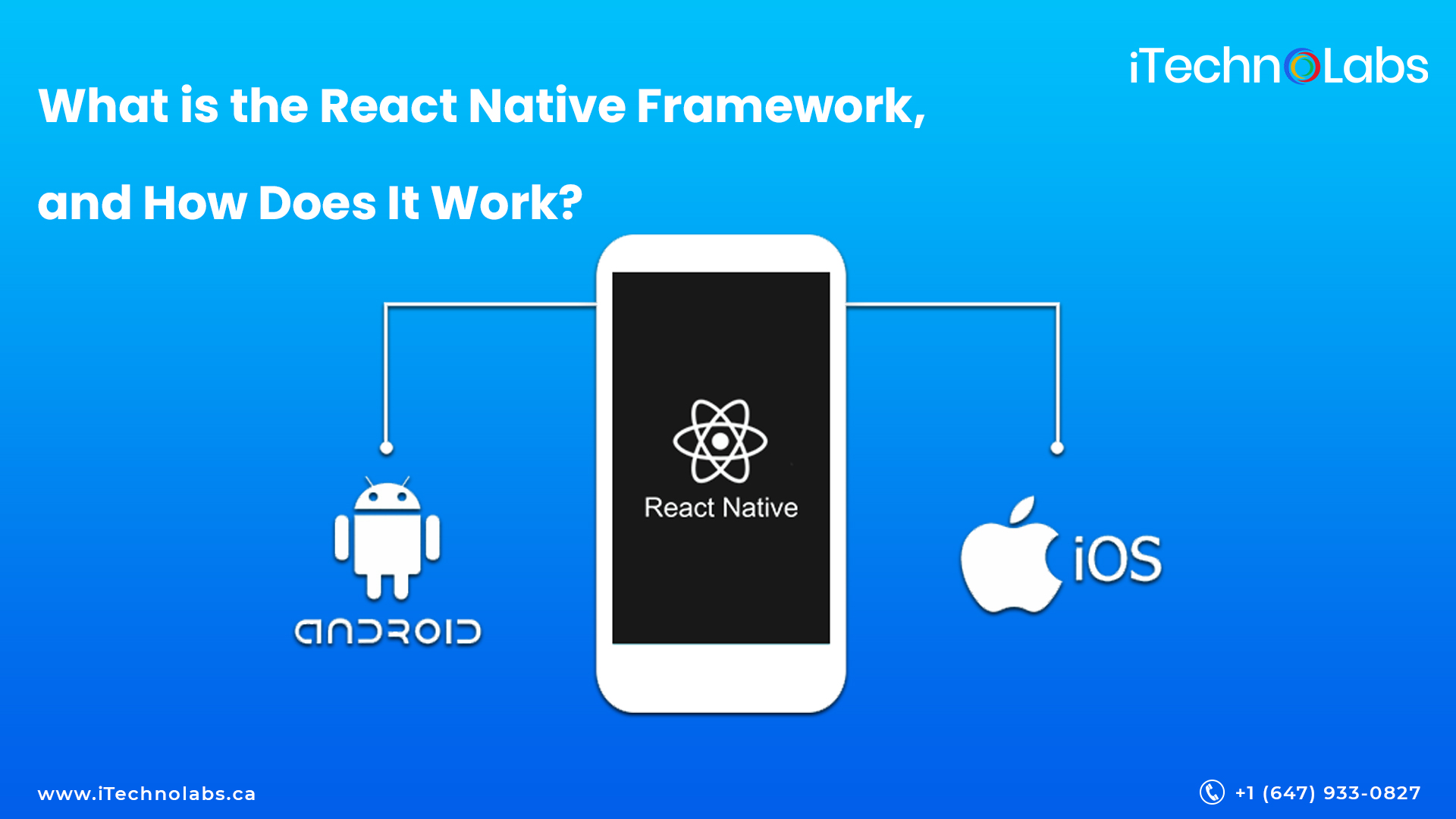 For interactive user interfaces to be rendered correctly in a browser, developers must change the Document Object Model.

Come with me to React Native for a moment. It distinguishes React Native from other cross-platform app development solutions, which frequently generate web-based views due to their design.

Fortunately, the “connector,” which offers React an interface into the host platform’s native UI elements, makes all of this possible. After calling their render function, react components return HTML that explains how they should be displayed on the page. With React for the Web, this is translated straight into the browser’s Document Object Model (DOM). For instance, during the translation process for React Native.

React Native is presently available for iOS and Android devices. Because of the abstraction layer offered by the Virtual DOM, there is a chance that React Native will be employed on other platforms as well—all that is required is the development of a connector.

You may start using React Native right away in your existing Android and iOS applications, or you can use it to build a completely new app from the ground up.

It is written in JavaScript and is rendered using native code. 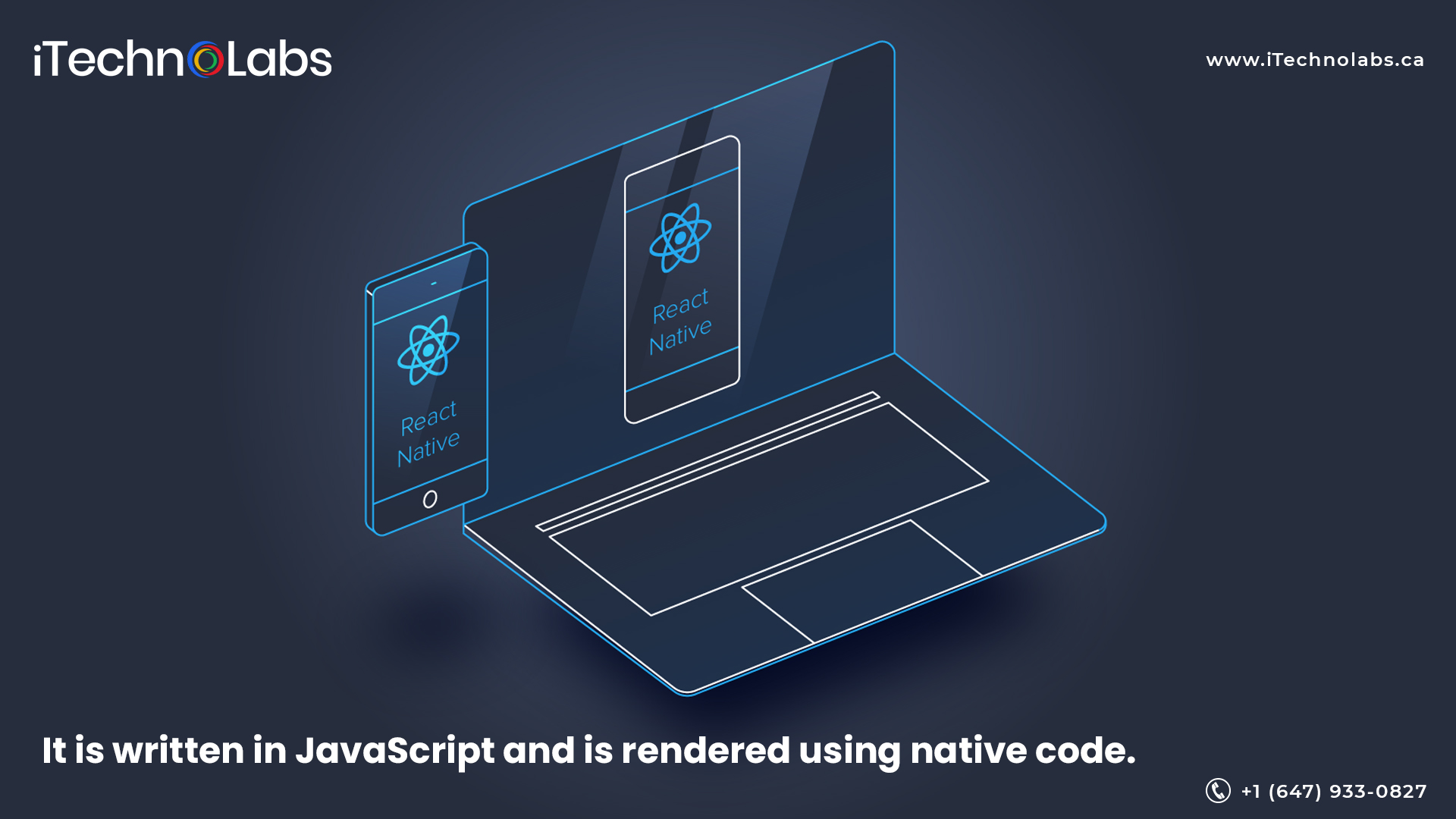 There are many platforms, but only one React. Development of components is necessary for platform-specific versions to share a single codebase across platforms. With React Native, a single team can maintain two platforms while also sharing a common technology—React—with the other team.

Everyone Can Benefit from Native Development 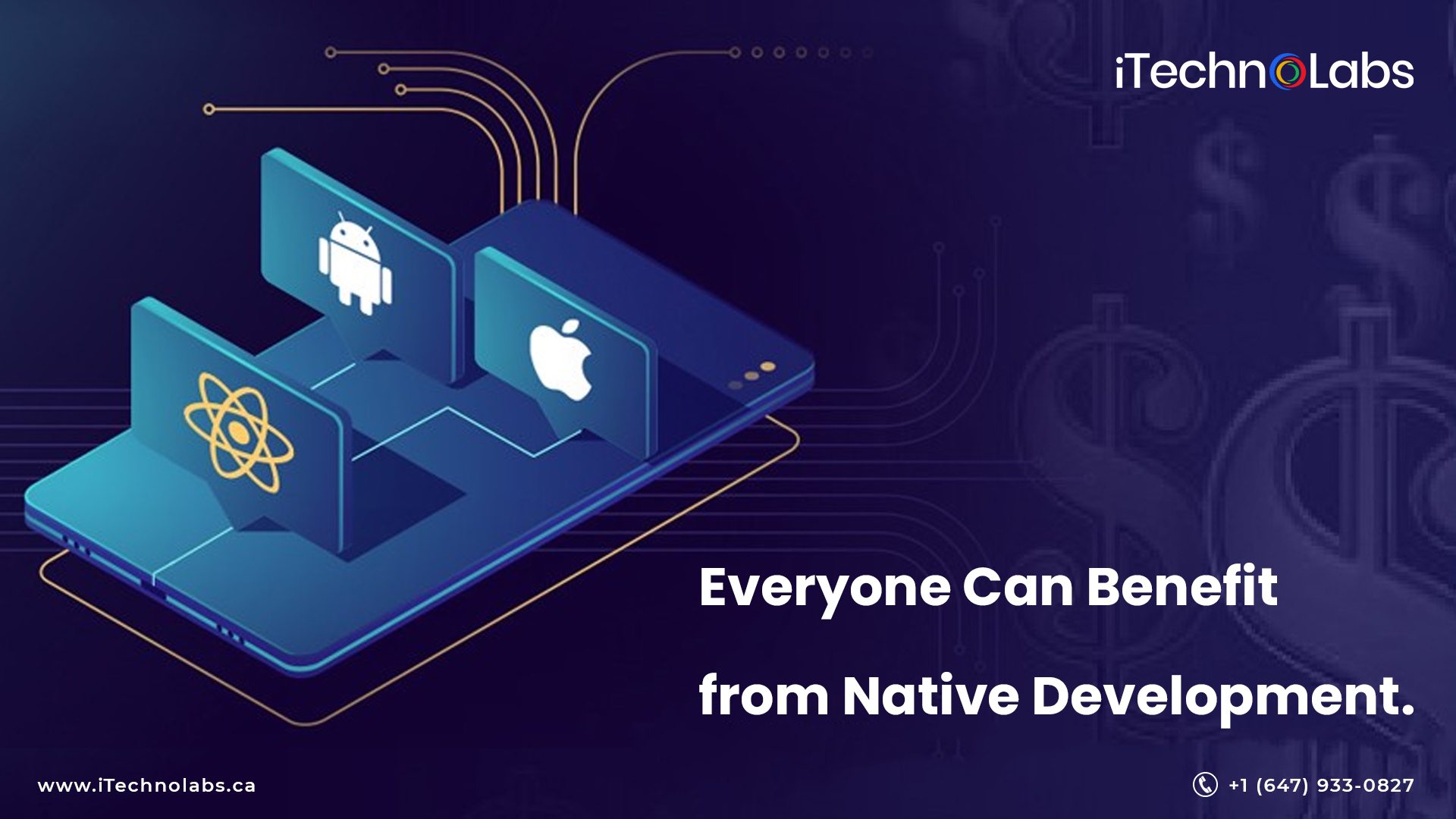 React Native enables you to develop native applications without compromising your users’ experience. 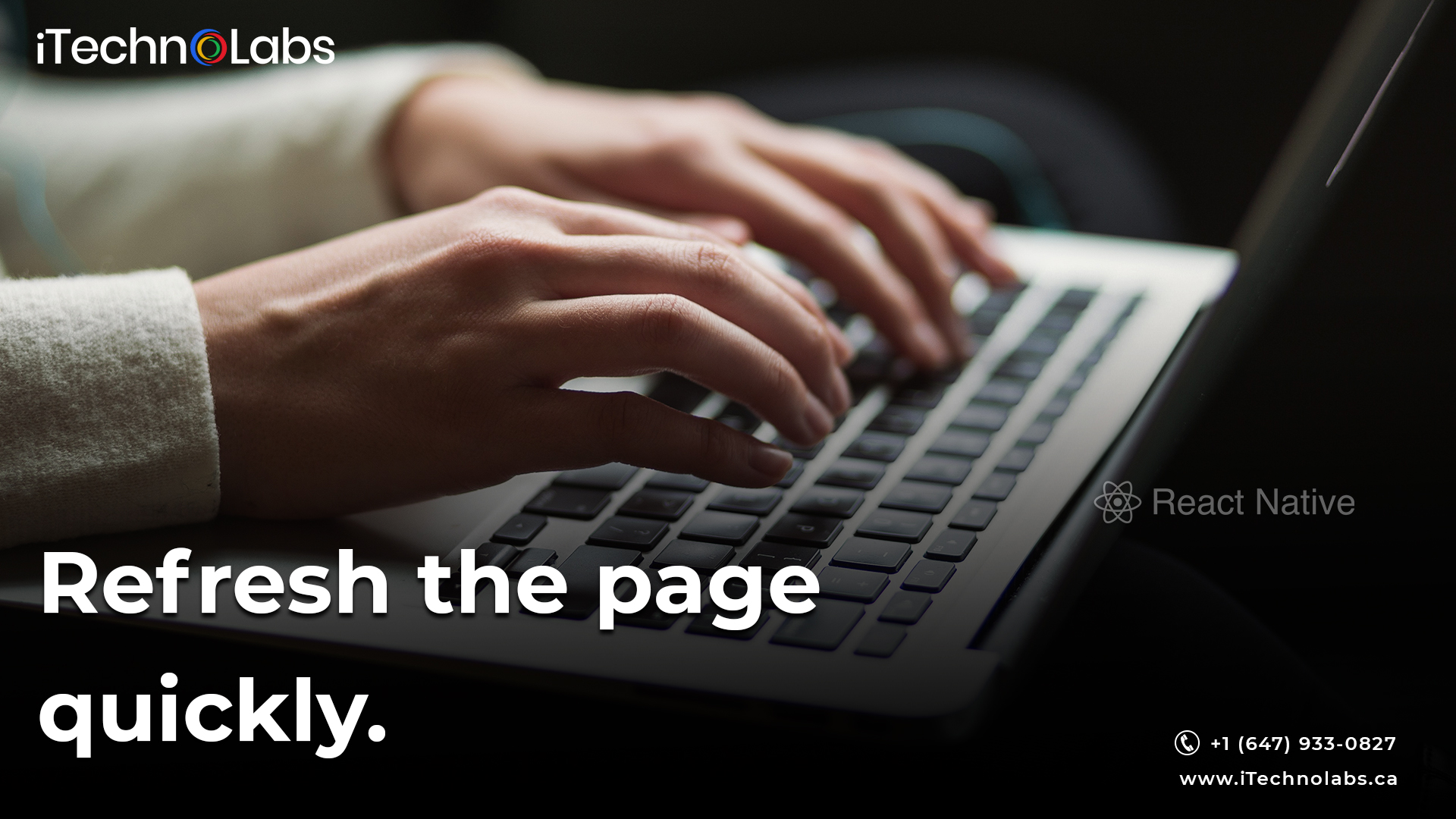 You will be able to see your changes as soon as you save. React Native, thanks to the power of JavaScript, allows you to iterate at breakneck speeds. There will be no more waiting for native builds to complete. Save, check, and repeat. 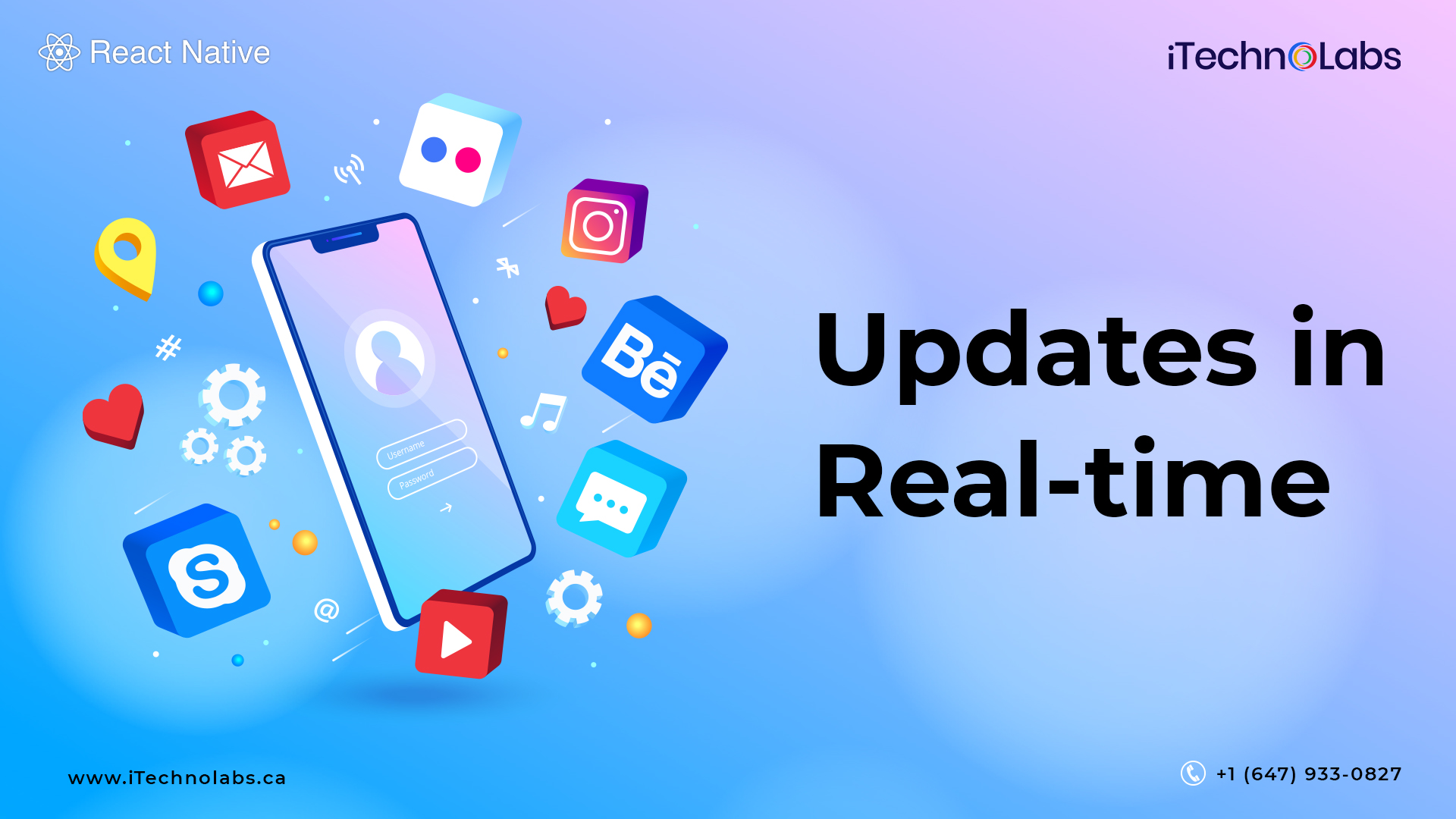 React Native can do this is one of its most notable characteristics. The developers can directly push their changes into the applications by utilizing the JavaScript extension framework. The modifications are immediately reflected in the mobile applications, which the users then use to access the information. The developers enjoy that the user does not have to go through the app store, which reduces its time to deploy. The competition will only rise in the future, so mobile application developers will have to work. React Native development is the ideal alternative for developing and deploying future mobile applications because it allows for faster development and deployment.

The features listed above are those of React Native; now, let’s look at what React Native v0.66 has to offer in terms of Android 12 and iOS 15 support, as well as bug fixes and other general updates:

On Android, you can handle touches on child views outside of the parent boundary.

Overflow: visible has been used to provide interaction support for children who are rendered outside of the parent view bounds.

Bluetooth permissions have been added to Android 5.0 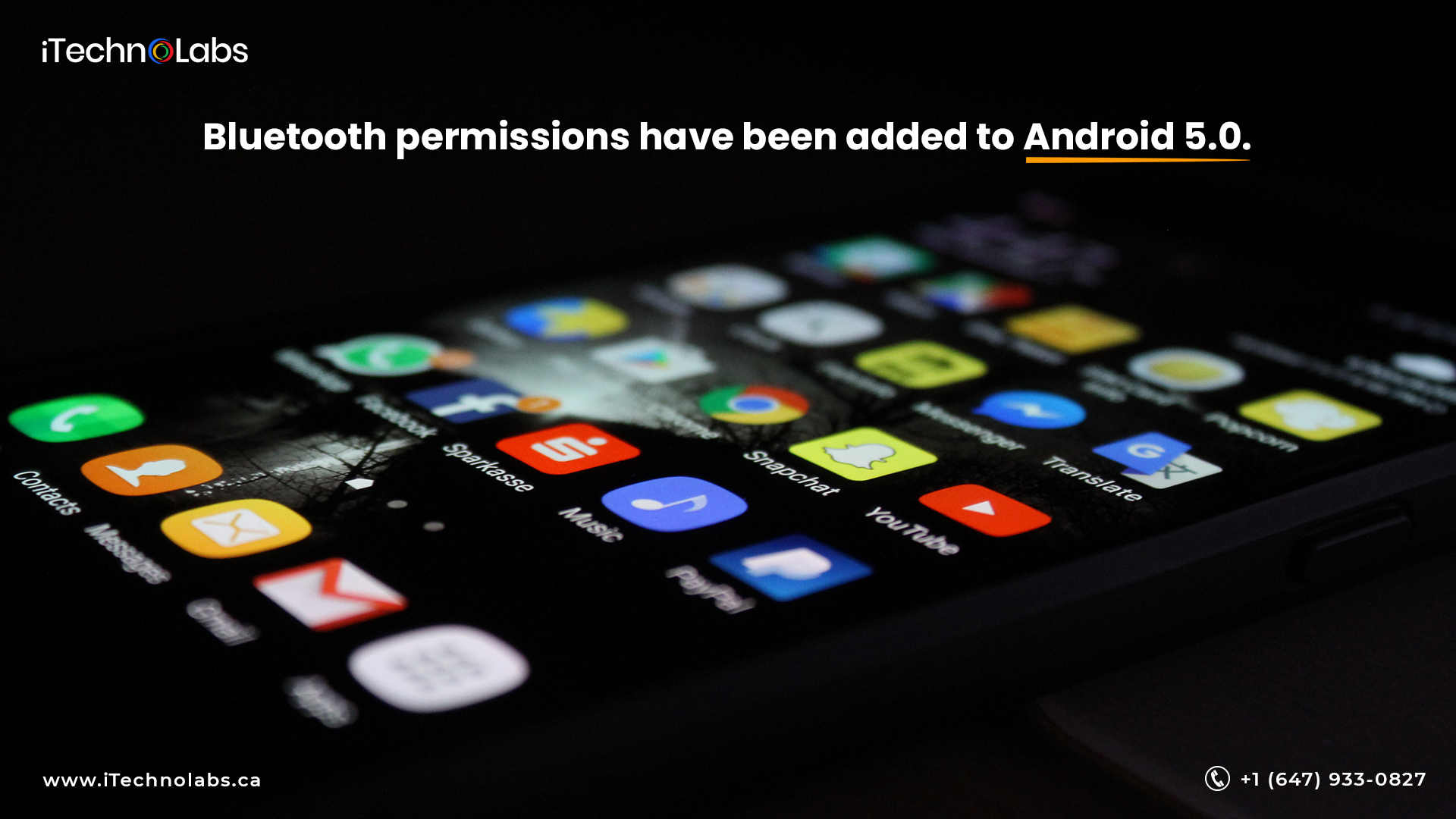 In preparation for Android 12, we’ve added support for new Bluetooth permissions, and we’re planning to upgrade the target SDK version to 31 in the upcoming release.

Improved support for Apple Silicon, XCode 13, and iOS 15 is available.

This release contains several fixes to improve the reliability of XCode builds for iOS on Apple Silicon (M1) Mac computers, including a new build system.

Notably, the new app template now contains a workaround for the Cocoa Pods framework. Before applying, make sure that your app’s Pod file has the following code added to it in the post-install step:

RCT-Folly is an additional feature.

It has been changed to prevent linker failure on the arm64 architecture.

Hermes 0.9.0 has been released 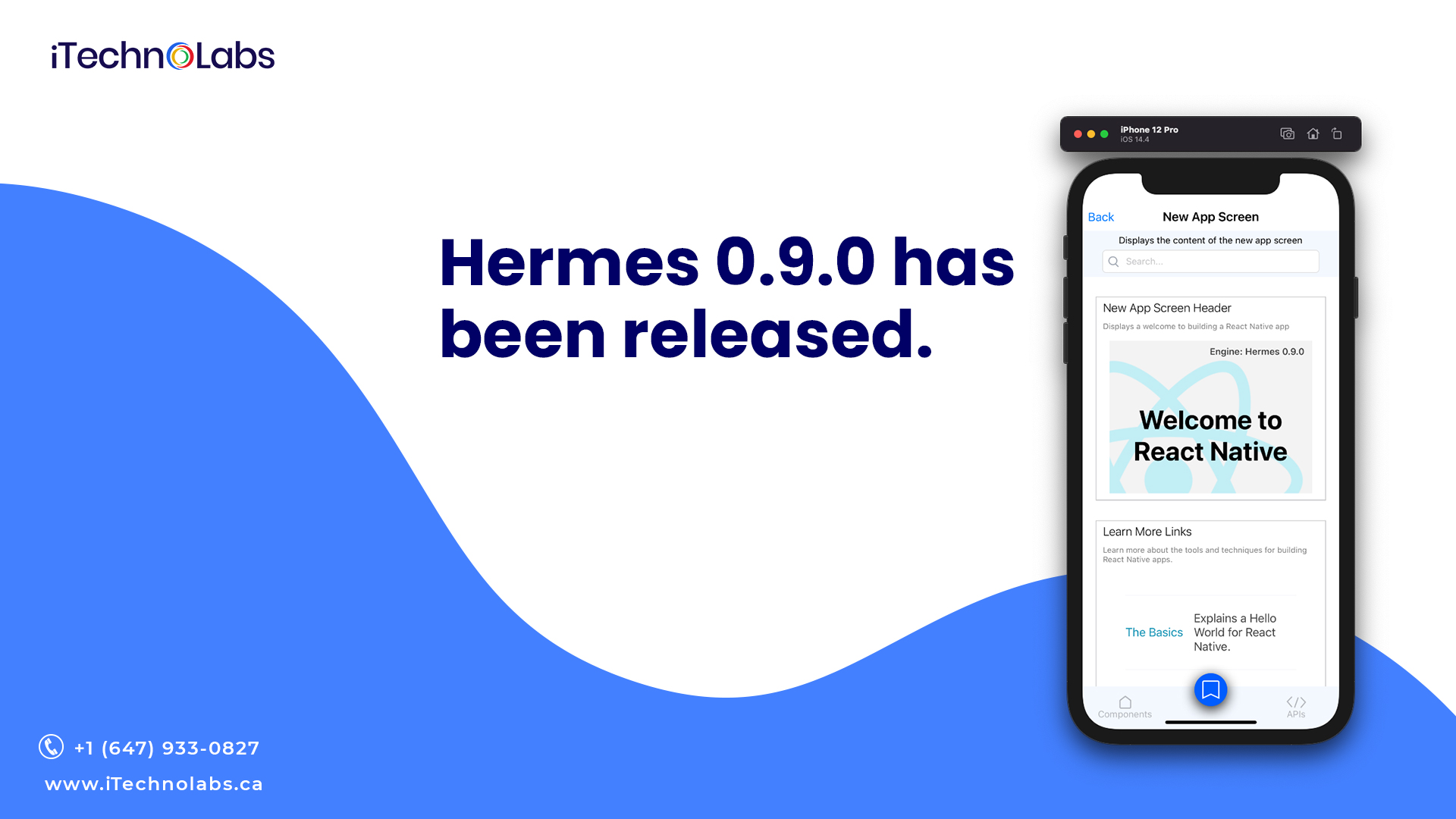 Hermes 0.9.0 is largely concerned with bridging the gap between the Hermes release cut point and the release of React Native 3.0.

General bug fixes and gains in memory and size have been included in the approximately 400 changes. 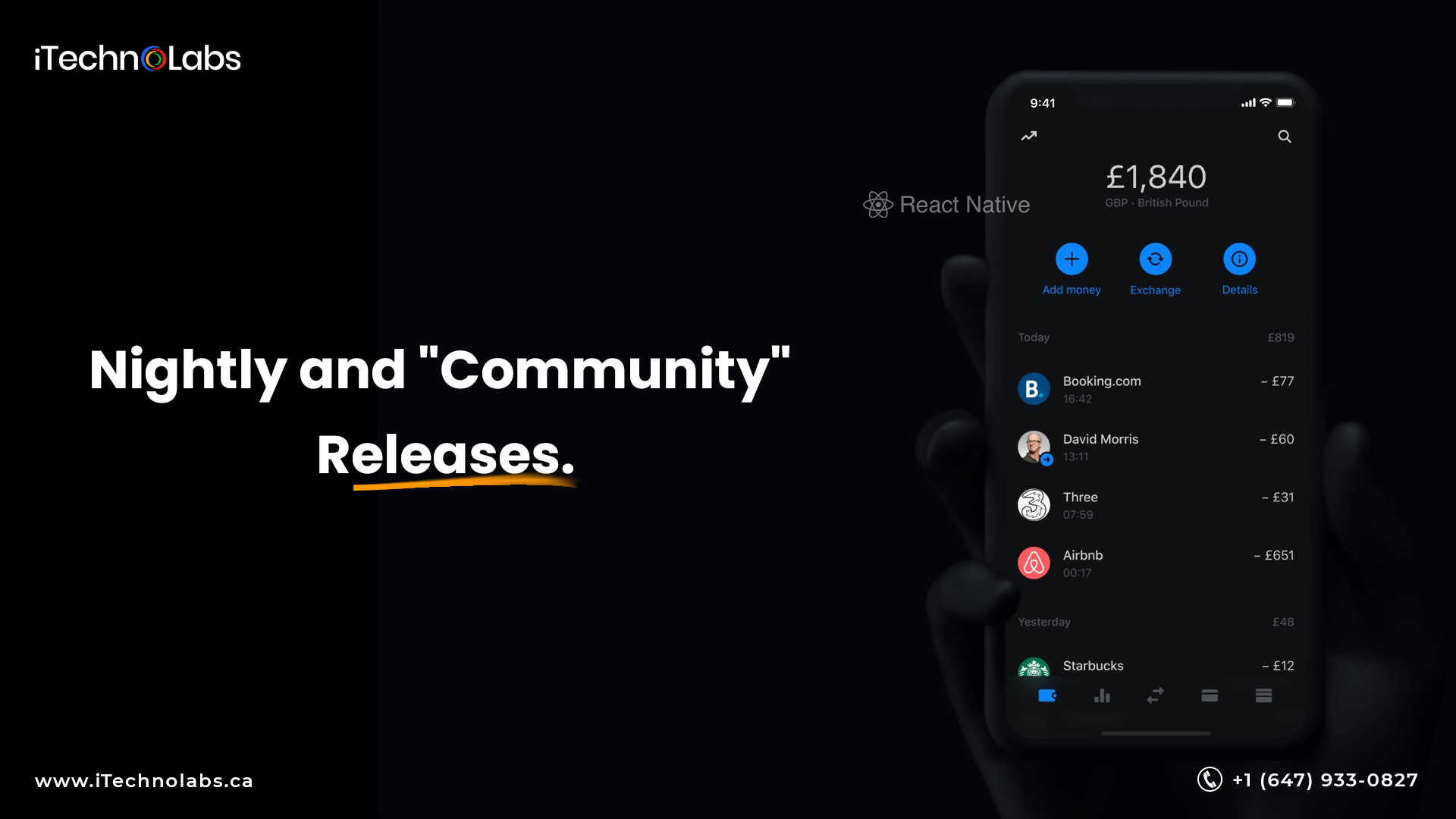 Our goal is to make React Native more stable on the main branch and reduce the number of problems discovered during our Release Candidate process.

The fact that we’ve been publishing nightly versions of React Native for more than a year doesn’t mean that these releases are being used effectively by most teams or projects. As a result, they are now more easily accessible, and we intend to use them as release candidates in the future. Nightly releases are released to npm under the “nightly” tag and are available for download.

Making Use of Nightly Releases (Nightlies) 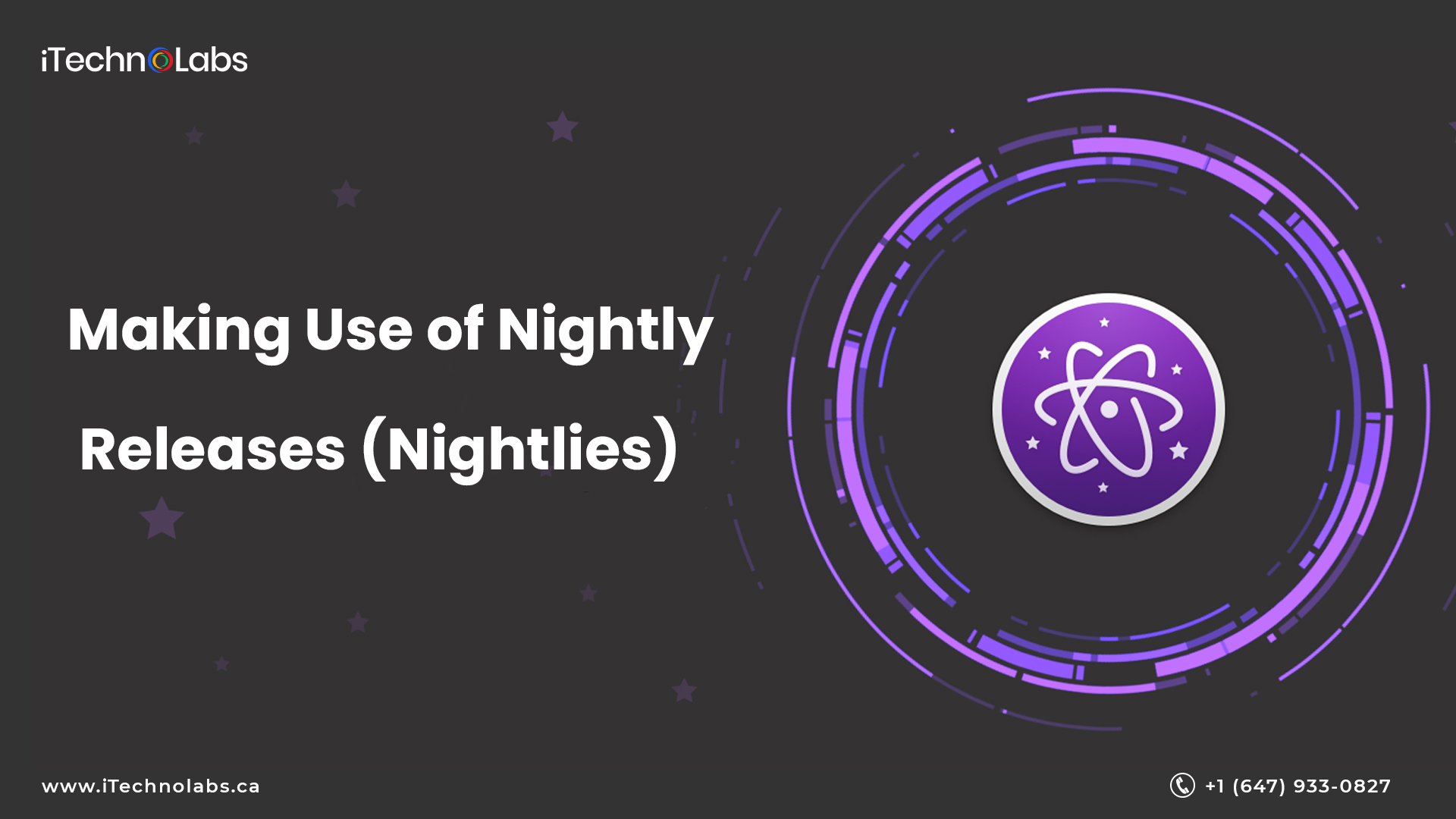 Cross-platform development is the most efficient method of creating and delivering adaptable mobile applications that work seamlessly across various devices and mobile platforms.

Apps developed using cross-platform development have a single codebase unique to each platform, which lowers the cost of mobile app development. Mobile application development frameworks such as Flutter by Google and React Native by Facebook are two of the most famous and adaptable options available on the market right now.

Using a cross-platform methodology allows you to build an application across various stages, including the web marketplace. By focusing on both iOS and Android users while developing such applications, firms will be able to increase their audience size and increase their revenue.