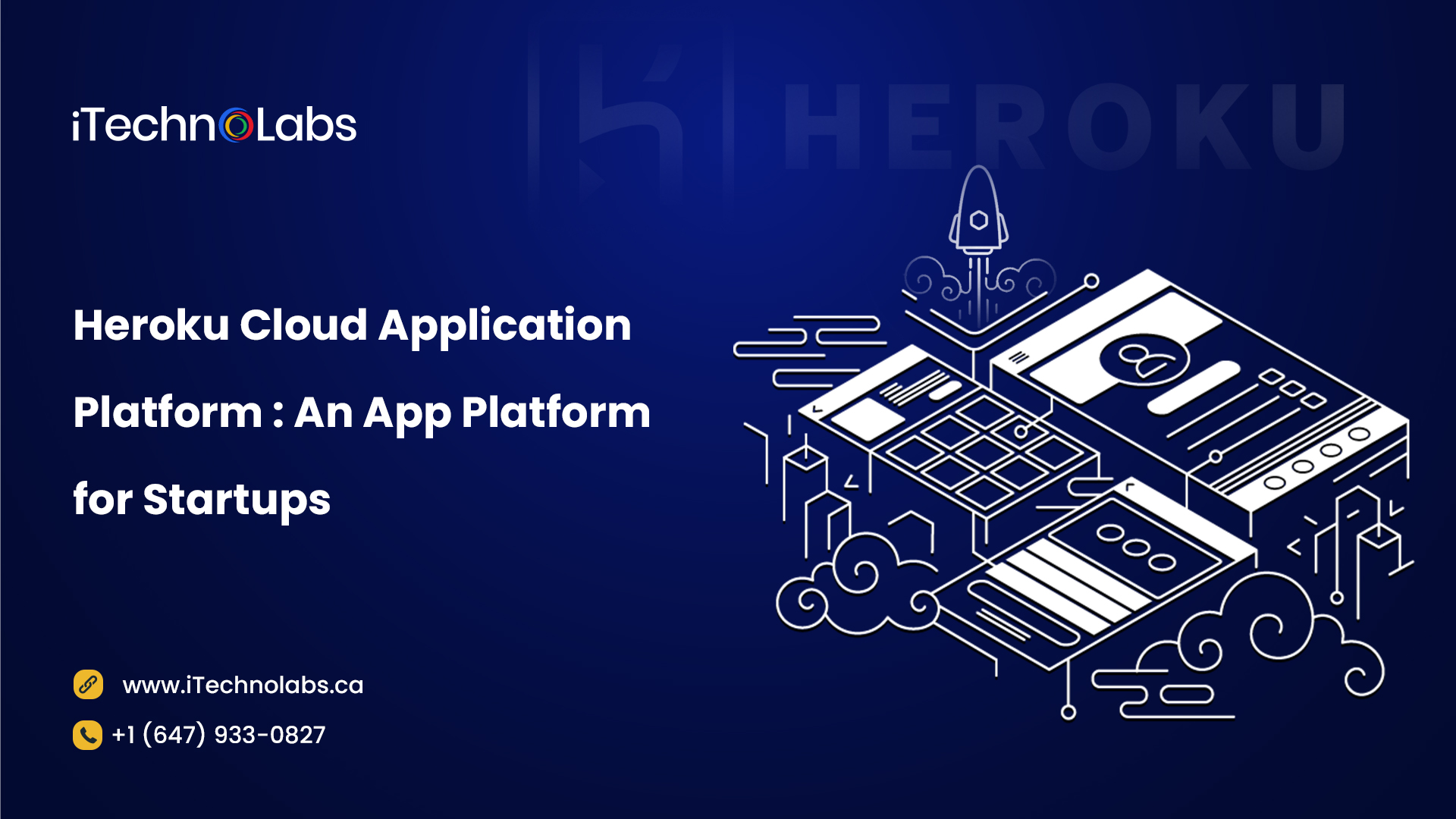 With Heroku, startup developers have access to a cloud-based platform-as-a-service (PaaS) to design, develop, deploy, and run applications. You don’t need to worry about servers, hardware, or infrastructure. With this fully managed platform you can concentrate on building an exceptional product. With seamless scalability and advanced features, Heroku supports your app success long term as your business grows.

What are the reasons businesses use Heroku? 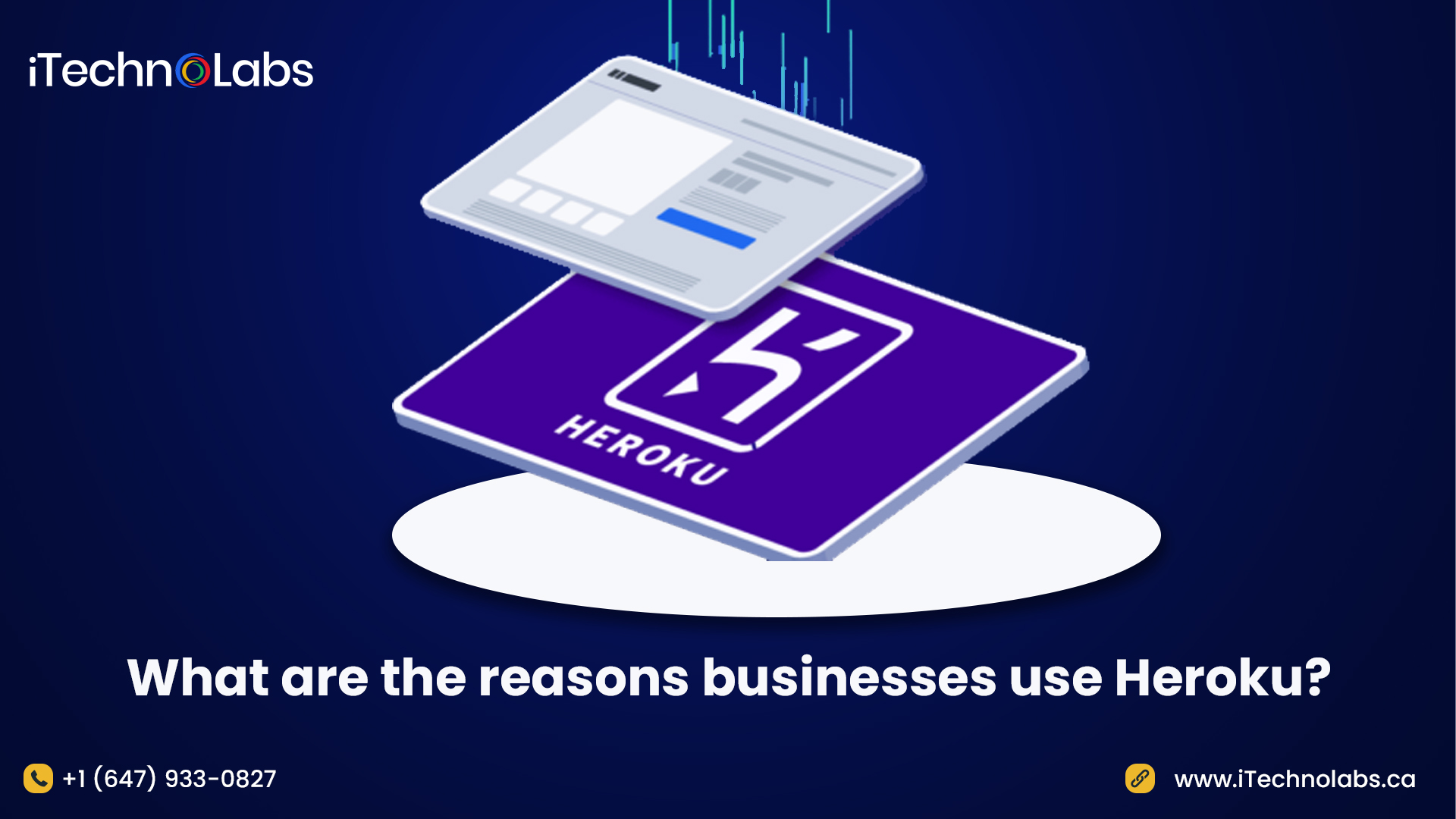 Heroku benefits can be appreciated with an understanding of cloud computing and the role Heroku plays in it.

How does cloud computing work? 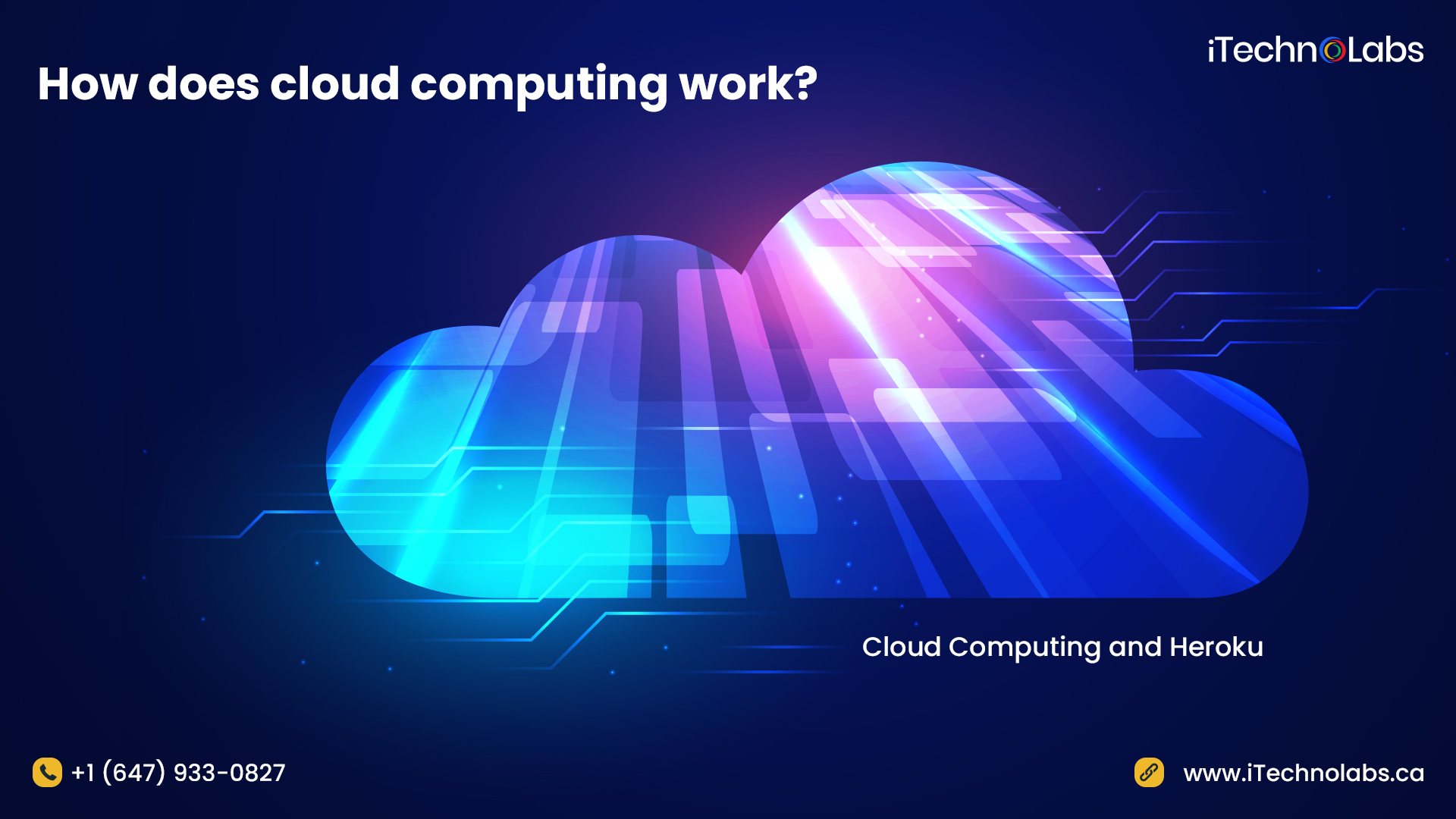 Computing in the cloud is a paradigm of information technology. With this model, enable universal access to configurations such as computer networks, storage, servers, and applications.

Businesses can quickly provision cloud services with minimal management effort. Businesses with various needs can benefit from cloud services. They will choose a cloud service provider based on their business model and project needs.

In general, Platform-as-a-Service solutions like Heroku are easy to use. However, they only benefit businesses in certain circumstances. A small project can be hosted free of charge on Heroku. In cases involving more complex business needs, tiers of service packages are also available.

What is the purpose of Heroku? 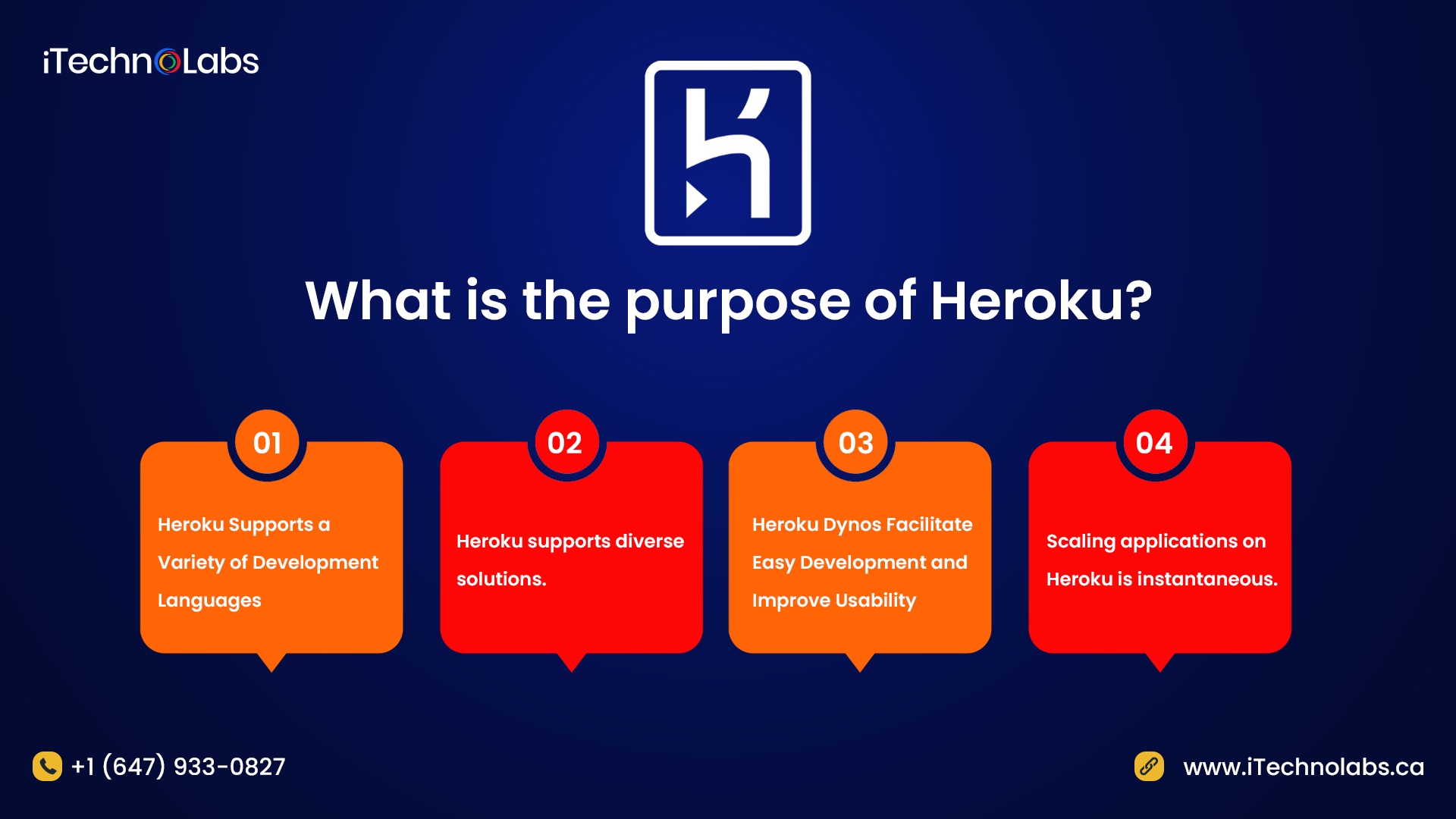 However, it now supports Java, Node.js, Scala, Clojure, Python, PHP, and Go. Therefore, Heroku offers an inexpensive way to scale applications, regardless of their language.

Developers can also deploy apps written in any other language using custom buildpacks from Heroku. It is, therefore, a polyglot development platform, and it allows developers to create, run, and scale applications across different programming languages in a similar way.

Developers often choose Heroku because of its polymorphism and scalability.

Due to Heroku’s ability to manage and run applications, it’s not necessary to handle operating systems or other internal configuration features.

The app can be made to run in more dynos or on a different dyno depending on the type of dyno. Users can always expect faster performance when using an application that can scale quickly.

Working with Heroku is easy and convenient because of the easy way to scale applications.

GitHub repositories are bound to Heroku projects. Heroku’s integration with GitHub allows for automatic builds and deployments of the latest code.

The Heroku Getting Started Guide 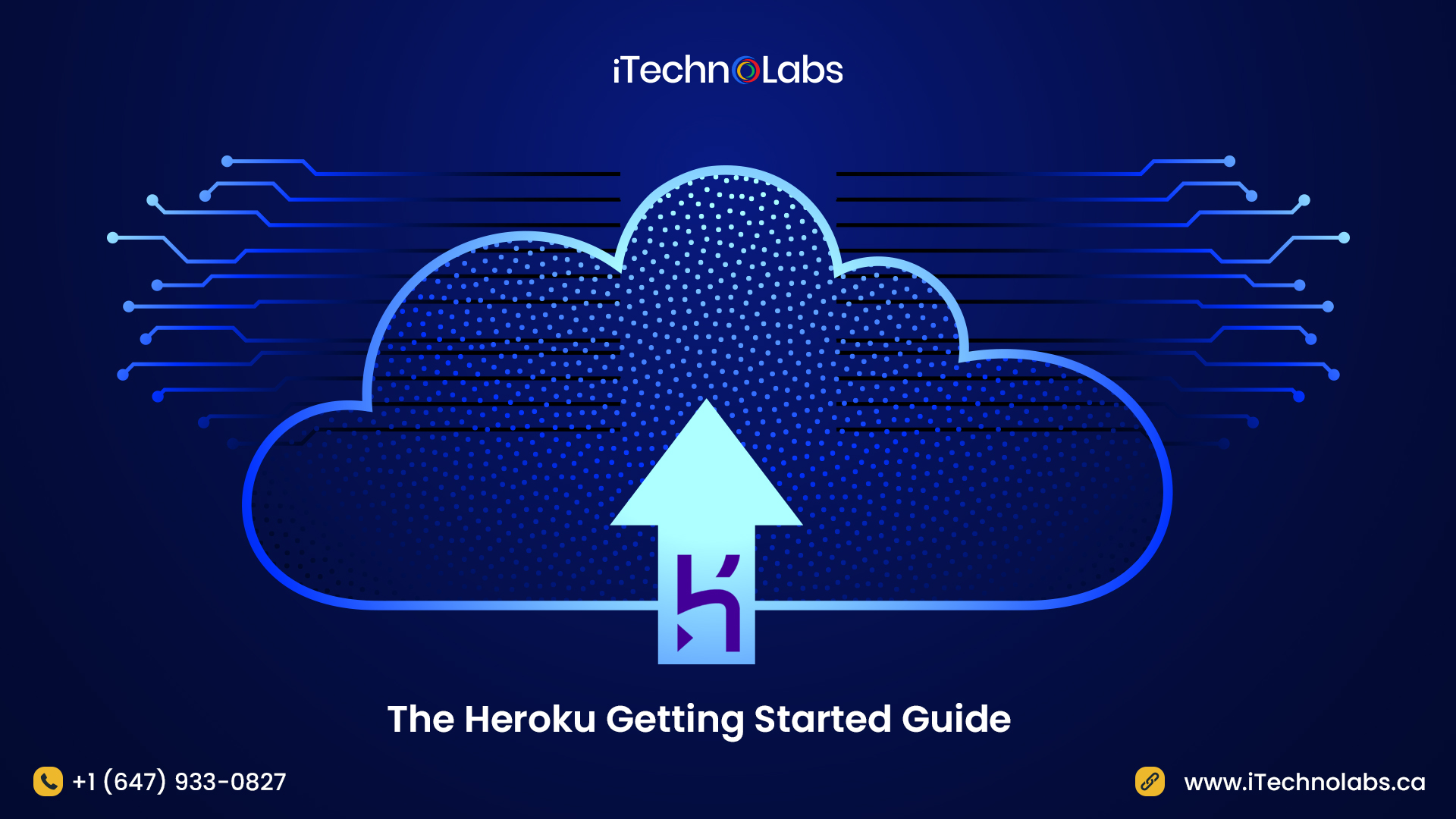 The tutorials and documentation provided by Heroku are beneficial and comprehensive. Heroku offers examples in all programming languages supported by the platform in its GitHub repository.

Analogous tutorials cover every supported programming language on Heroku. It doesn’t matter what commands, environments, servers, behavior, or compilers differ during a tutorial.

This demonstrates the ease at which Heroku’s capabilities can be accessed and utilized.

Heroku and Git both require authentication to operate.

2. If you create a Heroku project, add it to Git, and go to the main web page of the deployed project, you will need to use the following three commands.

3. It is possible to check and update the number of used dynos using these two commands.

4. Once your app is up and running, you can access information about its performance using this Heroku command.

There are several commands you can use to start a project. You can learn more about Heroku in the general tutorials. The first tutorial is simple and powerful for those with limited skills and budgets.

Getting started with Heroku is very easy, thanks to the clear and convenient examples provided by the platform.

Analyzing Heroku in comparison to Other PaaS Cloud Platforms

It continues to be a topic of discussion in the IT industry on how to properly use cloud computing services, which includes migrating to the cloud, storing files, and deploying software via the cloud.

What are the other reasons people choose Heroku? 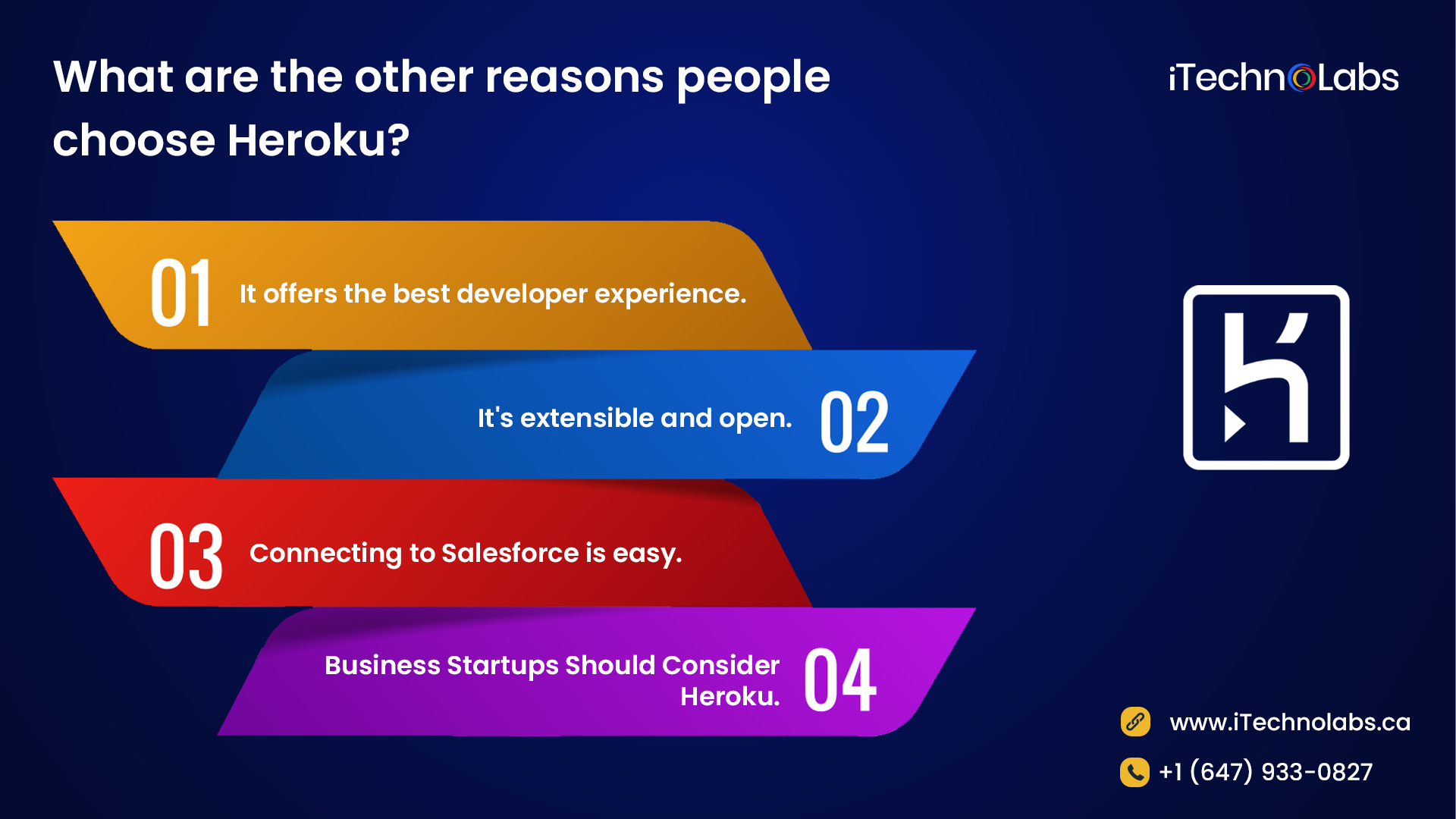 Heroku is a platform designed by developers for developers. It’s a smooth experience for developers. When they log in, they know exactly what to do, and the application is running smoothly every second of the process.

Developers can build in whatever language they prefer on Heroku because it’s open and extensible.

Developers can build in whatever language they prefer and use a wide range of add-ons. The Heroku Add-ons allow you to extend the functionality of your app with powerful new features.

When we talk with our enterprise customers about Heroku, the real power is connecting it to Salesforce. Salesforce and Heroku Connect can be synced bi-directionally using Heroku Connect.

With Heroku, companies can quickly build, deliver, and monitor simple applications without the need for endless infrastructure headaches. Startups, projects, and clients can test the first versions of their products before making significant investments in hardware and infrastructure with this platform.

Heroku is an excellent choice for companies at the beginning of their product development process, as it can be used to validate ideas and early coding quality.

Are You Looking for an Agency who works on Heroku Cloud Application Platform? 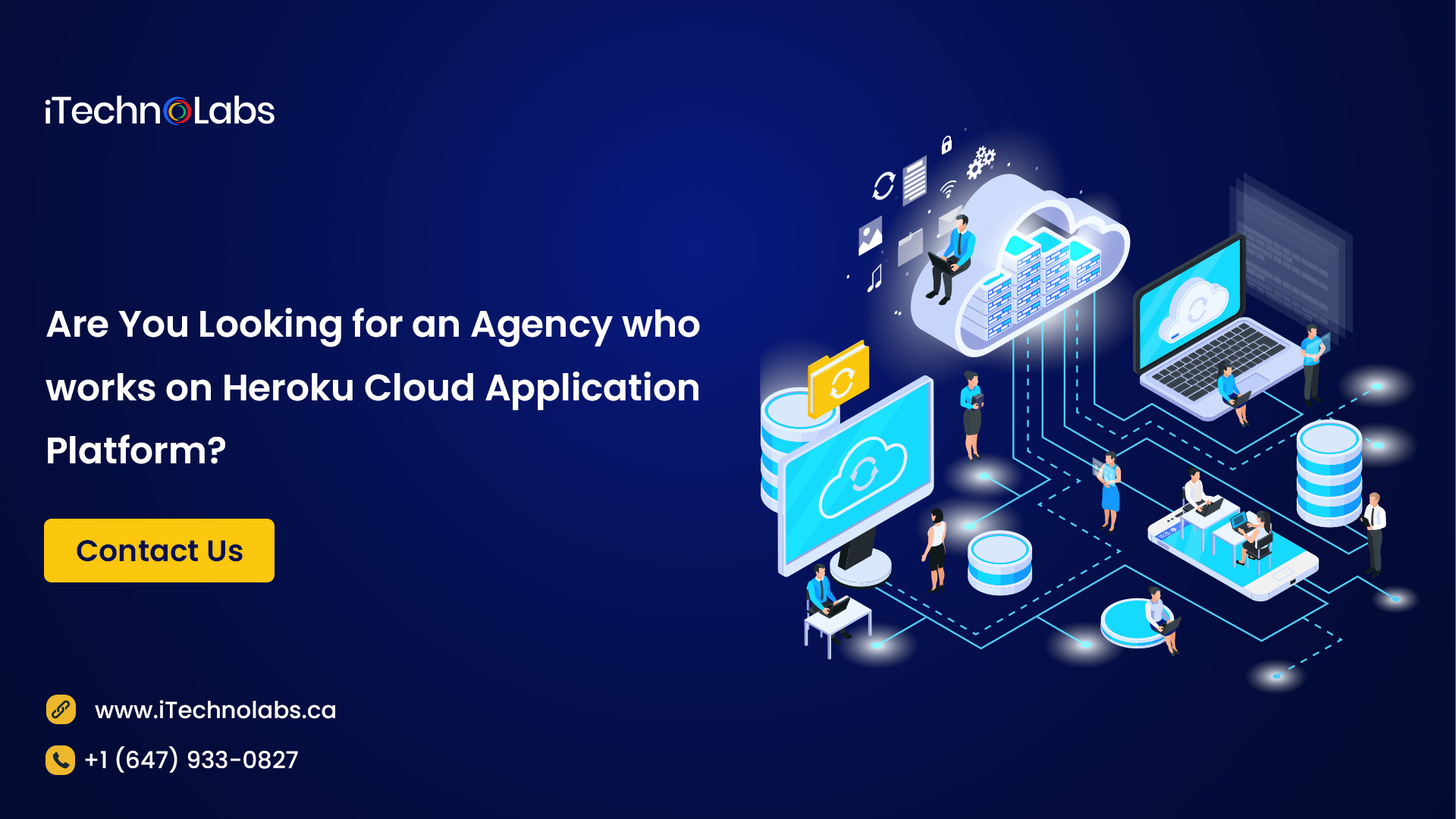 The Heroku cloud application platform makes it easy for developers to deploy, configure, scale, tune, and manage their apps to focus on what’s most important: creating great apps for customers. A data platform and an app platform, Heroku offers SQL-as-a-service with database followers, forking, data clipping options, and automated health checks. Whether you’re a startup, a small business, or a large enterprise, Heroku is a proven solution for growing companies. Every platform stage is configured to fit your needs – get the features you need now and add more later.