How Much Mobile App Design and Development Does Cost

How Much Mobile App Design and Development Does Cost 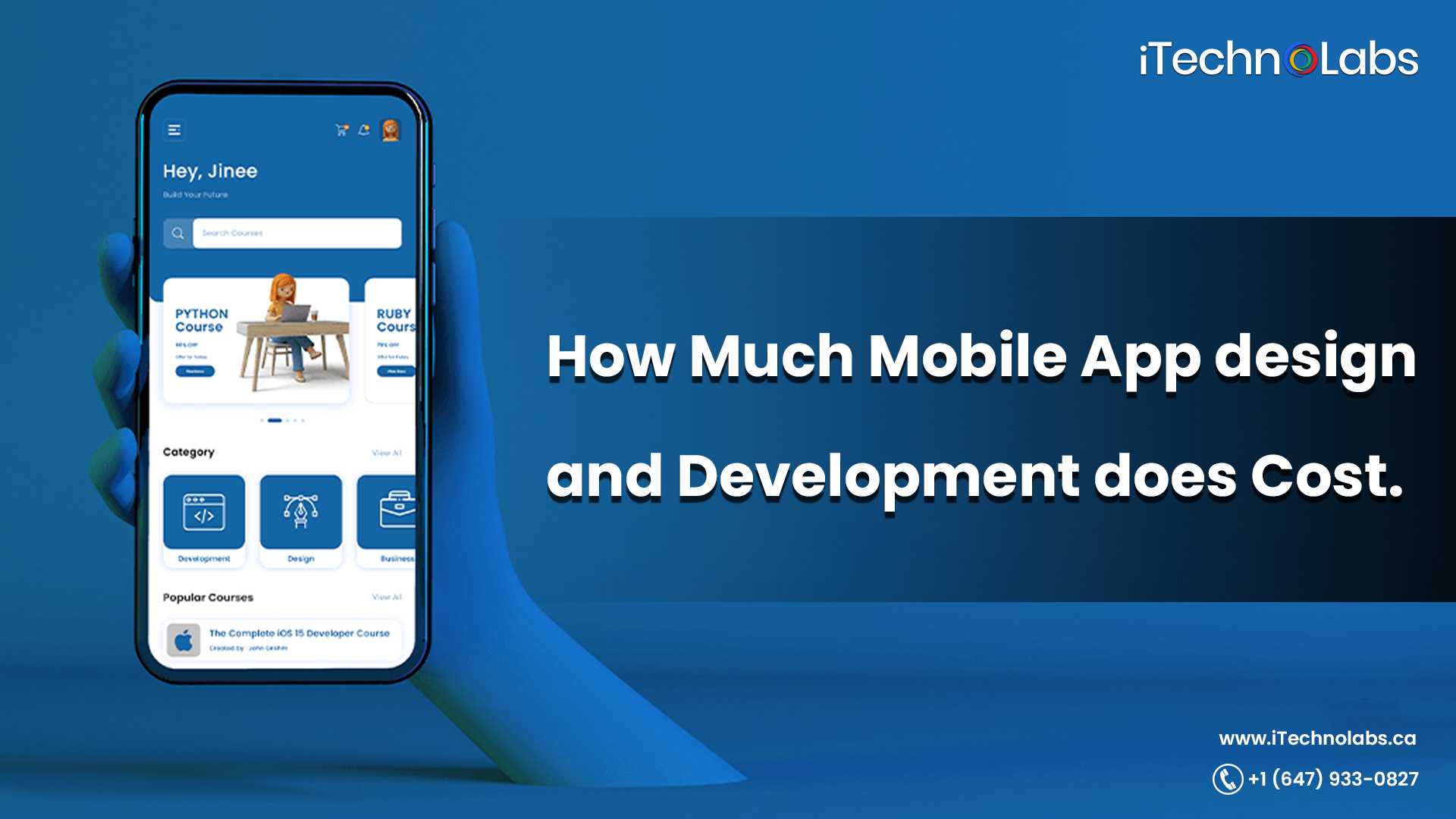 During 2017, there were 175 billion mobile app downloads and an estimated $86 billion in revenues from app stores. The most popular category seems to be games, but businesses don’t have to be left out. The use of social media by businesses creates brand awareness and boosts sales almost universally. Having a mobile-friendly website is no longer enough. Your business can benefit greatly from a custom mobile app, which builds under several processes like mobile app design and development. An app that is easy to use:

and a lot more. Why do some businesses refuse to have a mobile app when they have so many advantages? It could be the time and money investment in an app or perhaps the lack of information.

Most of our clients ask us for an app development cost estimate to begin planning or secure funding. This post discusses what affects the price of Mobile App design and Development. 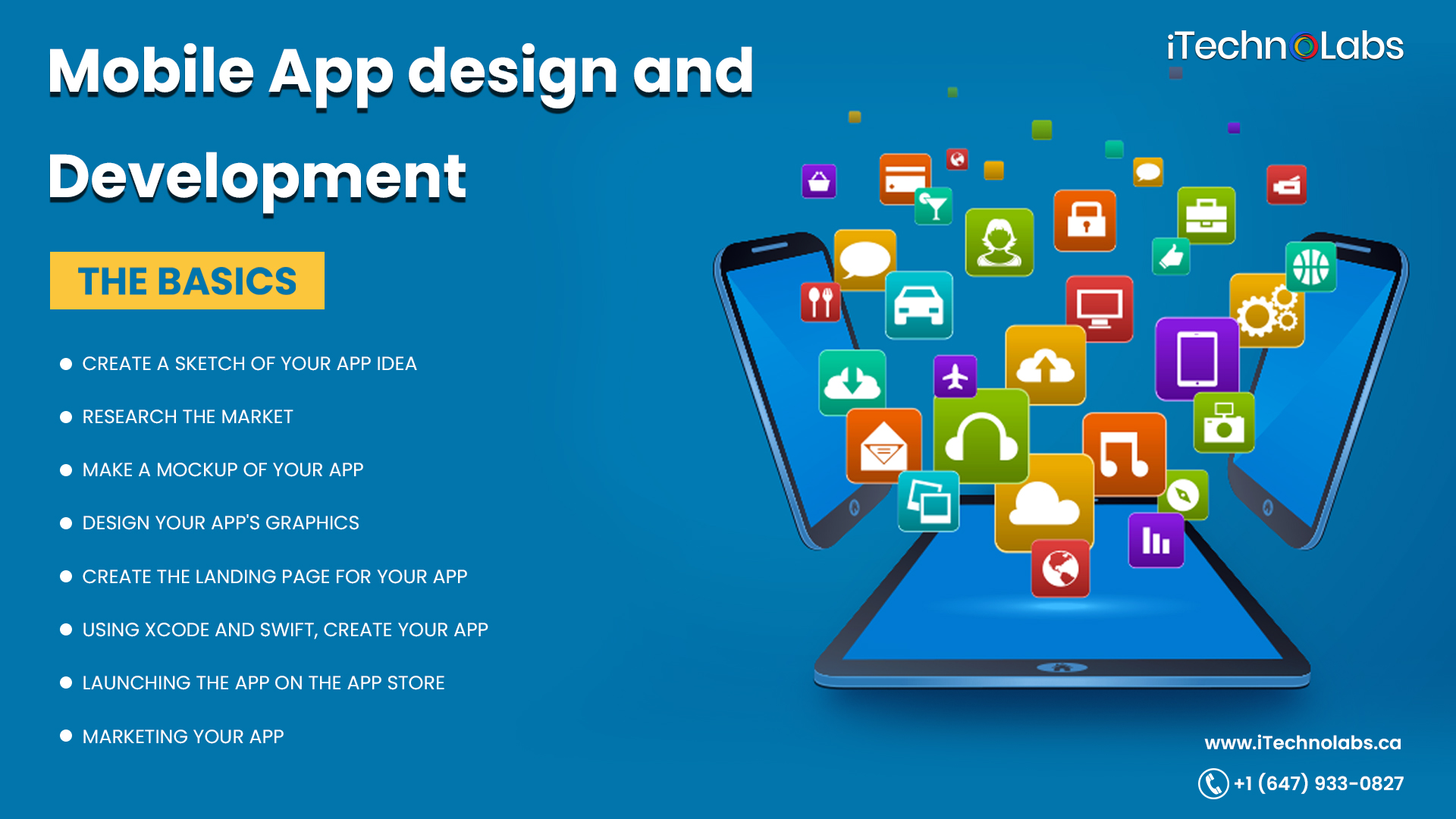 Due to the various purposes and requirements for apps, their development and implementation of technologies are very different. But the underlying principle remains the same. Let’s see how to get started.

To complete these steps, you will need some essential tools. In addition to these basic steps, you must also know what an app project requires to succeed.

What Are the Requirements for an App? 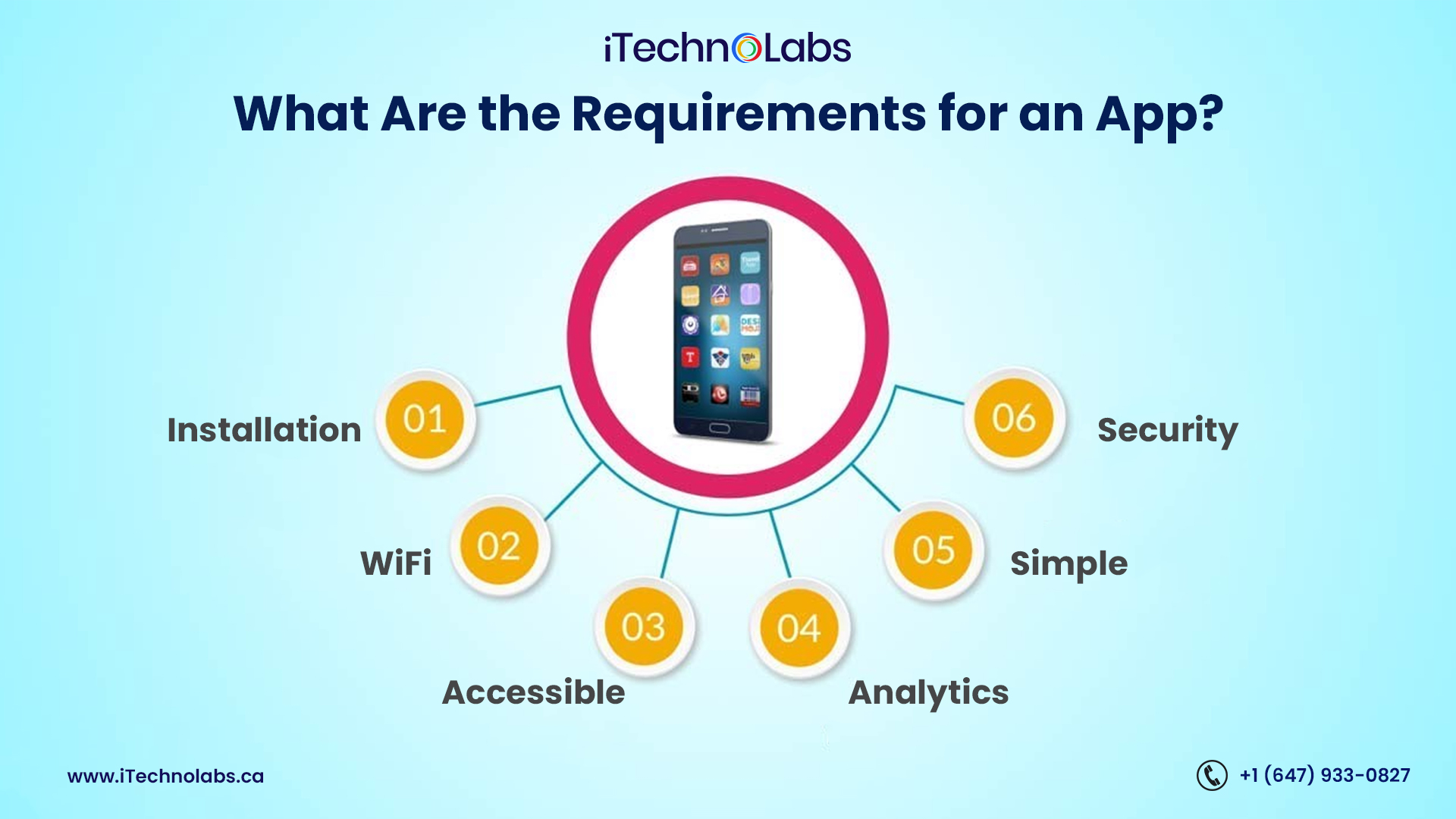 Installation: A successful installation of an app is crucial. Platforms should be so friendly that they can be installed anywhere, no matter what the terms.

WiFi: Alternatively, turn off mobile data instead of WiFi mode and check how your apps are attempting to install over a phone. Then you’ll be able to know how accurate and fast it is.

Accessible : To ensure that it is accessible to as many people as possible, individuals should check its availability on the play store. This is a wise move to reach out worldwide.

Analytics: The purpose of analytic tools is to keep track of your surroundings. Analytics show you which tweets are working well and which should be tweeted, and the data helps you focus and bring in new followers.

Simple: Keep it simple. Consider your customers’ dos and don’ts when designing it.

Security: Make sure that the customer’s data is protected and won’t be leaked in any way.

The above requirements will allow you to analyze your app comprehensively and efficiently.

The question is, did you choose the right operating system for your launch?

iOS vs Android: Which Mobile Platform Should You Build On? 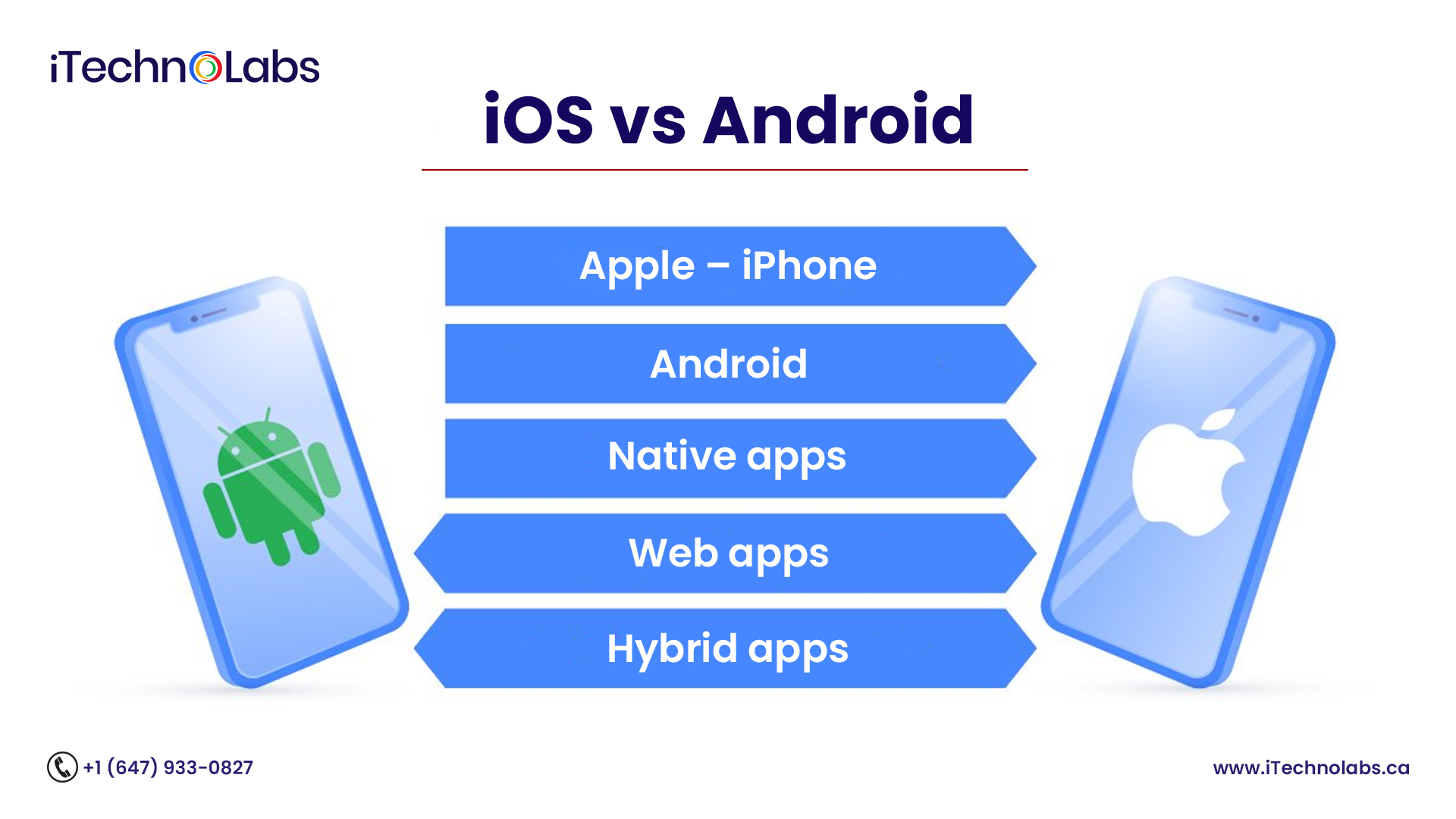 Having learned how to build an app, let’s move on.

Operating systems play a key role in the success of your computer. Apple’s app store and Google’s play store are the two main options.

The Apple ecosystem is closed. Apple regulates access to its platform only. Therefore, every feature is only accessible through a specific device. With a broader selection in the Apple store, developers have more choices.

Even so, there are some restrictions for developers as well. As Apple provides such a platform, we have greater control and greater security. The cost of Apple devices is generally higher than that of Android devices, and the reason Apple has fewer downloads is that it is a paid app.

Open source is a hallmark of the Android ecosystem. This operating system allows us to customize it to our hearts’ content. The Android marketplace is an open-source platform that anybody can access.

Because of this, Android is more usable and less secure. Therefore, there are more unpaid apps. The operating system you are building should be pretty clear to you by now.

The icon of their respective device can access apps that are native to a specific device. The applications can be downloaded through the Apple app store or the Google play store.

All the device’s features are used. These include the camera, the GPS, the compass, as well as your contacts list. There are also features such as call updates, notifications, and complex gestures.

These are HTML5 applications that run in the browser. Web apps differ from conventional apps by utilizing HTML5.

Installing them on your home screen is as simple as adding a bookmark to the unique URL they have. In addition, it has GPS, a camera and a call feature, and it is not accessible to notifications and complex gestures like native apps.

In addition to taking advantage of many features, they can also be found in the app store. The HTML code can be reused, like web apps, to render it in a browser. Businesses develop hybrid apps to incorporate native and hybrid app features without spending a lot of money on different apps. This concludes our discussion of mobile platforms and types of apps. Applications can also provide services, and let’s find out more.

How much does it cost to design an App? 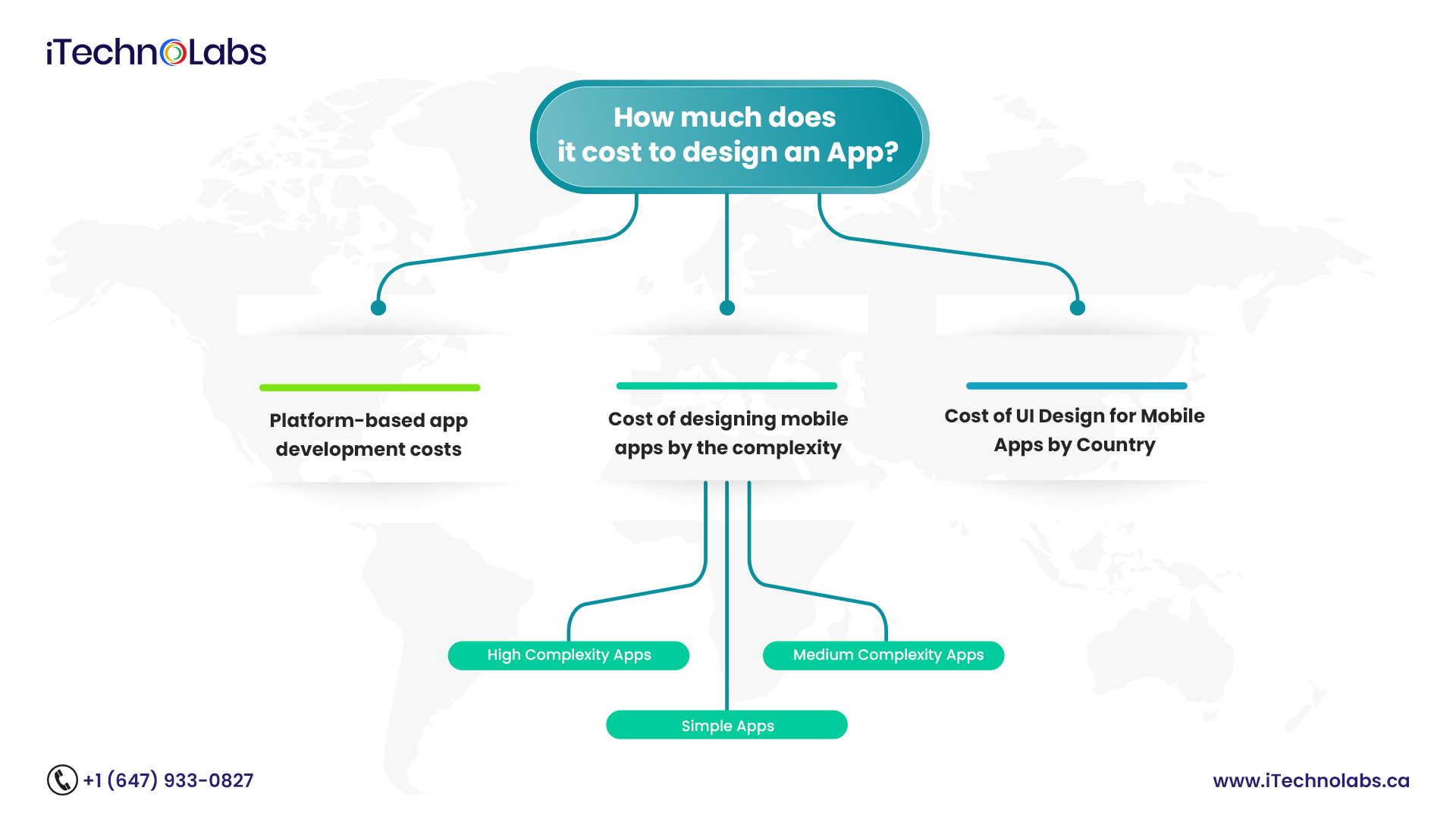 Let’s talk about the monetary side of app design, also known as the App Designing Cost Breakdown, following the discussion of app design needs and stages.

Three major factors influence app design cost: the app’s complexity, the cost of design by country, and the platform on which it will be made live. The cost of an app prototype can be broken down into its parts in detail.

There are differences in look and functionality between Android and iOS. Applications for Android must be compatible with different resolutions and formats to run correctly, but iOS doesn’t require the same thing. This is what makes designing Android apps more expensive than designing iOS apps.

An application no longer than three screens long and uses minimal animations and interactive design elements. An example would be an app such as Calculator or Alarm. As a result, these apps are usually not designed to meet the requirements of individual platforms, so they look the same on all screens.

In addition to their multiple screens, these apps feature numerous interactive elements and animations. Most of them use Human Interface design guidelines and Google Material design principles and are designed uniquely for Android and iOS platforms.

The purpose of these applications depends heavily on their designs. To help users transition from one screen to another, there are a lot of animations and transitions.

Despite the same quality of work being performed, the type of tools used by a designer in the USA and a designer in India might differ significantly due to how each of them works or the tools they use.

Designers at a UI design company in the USA might charge $200 per hour, while designers in eastern nationalities may charge $80 – $100 per hour on average. 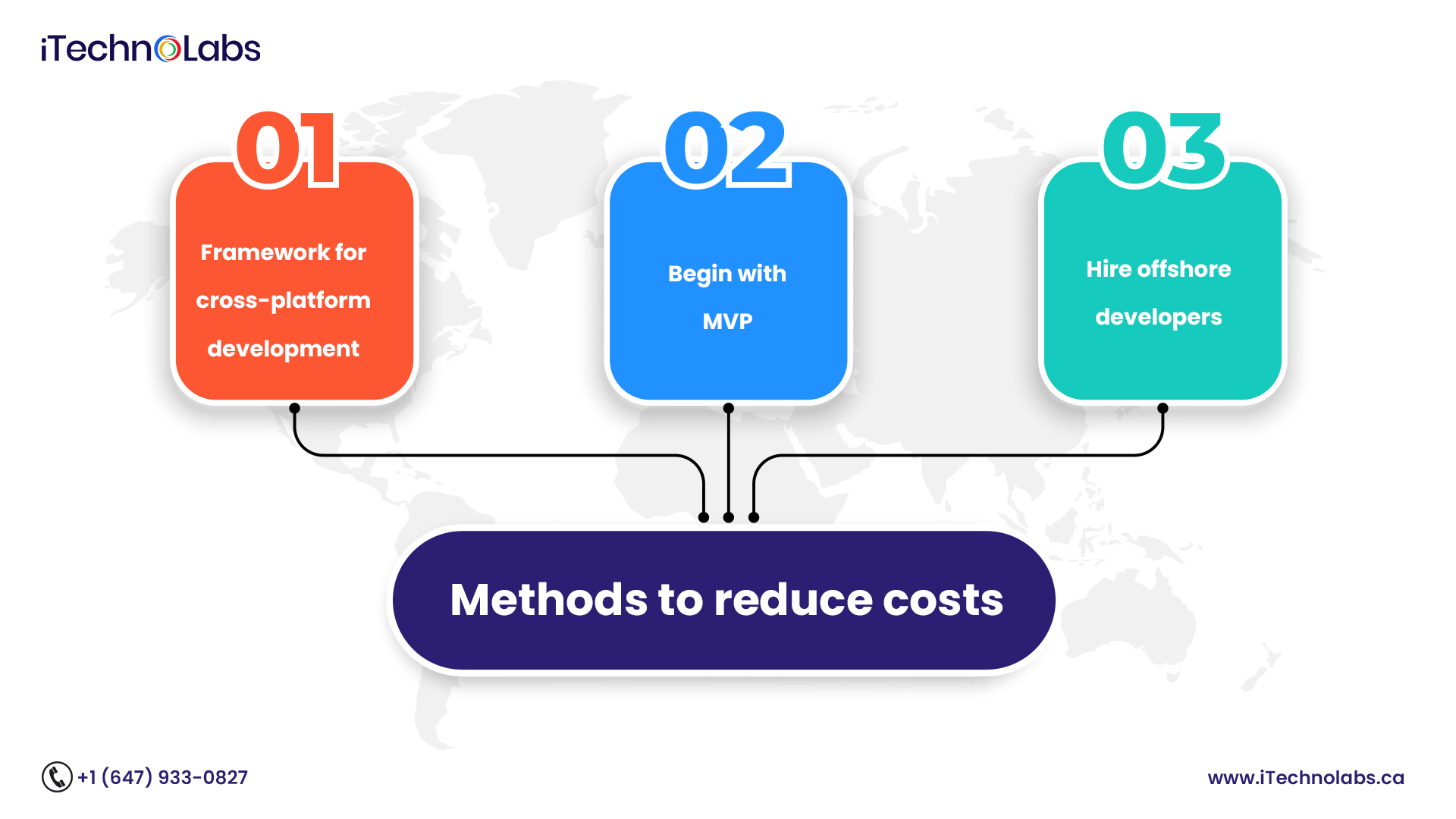 Flutter is cheaper than native development today since the code is only written once — a benefit for anyone who plans to have an app on Android and iOS.

You can test your app’s concept with real users on a small scale and with a small budget by starting with a Minimal Valuable Product. Design your prototype around your app’s most distinctive features. By obtaining feedback, you can optimize the app’s full version budget.

Limit the support for old devices and operating systems

You can hire programmers from anywhere since code can be written from any location. Although time zone and cultural differences may make it more difficult to streamline the working process, finding talent in other regions can benefit value and quality.

Do you want to Create Mobile Applications for Your business? 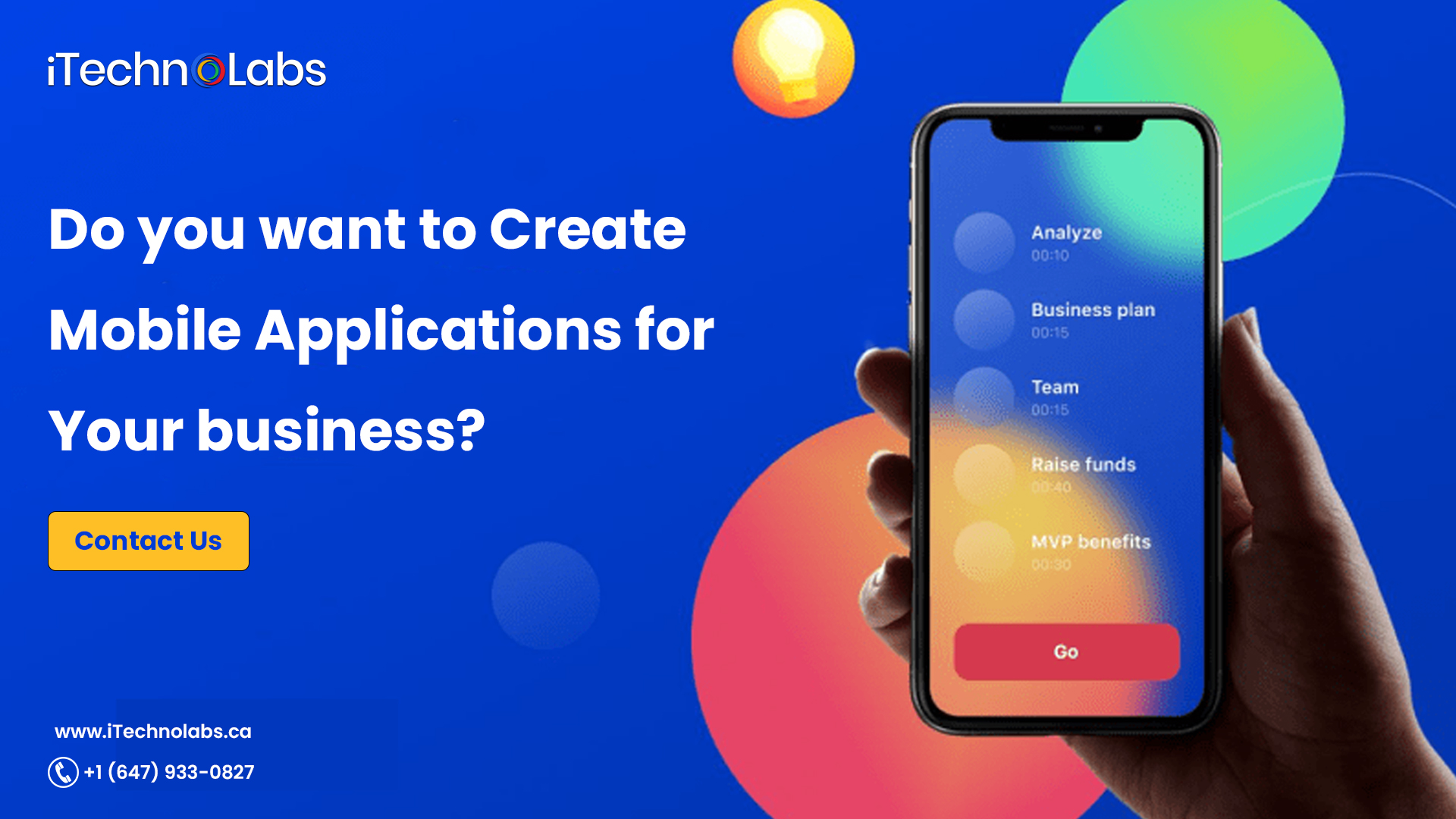 The features of the mobile app, UX and UI design, and post-release support are all factors that affect the cost and time needed for the app to be built. It is possible to build a super-simple app for $15,000 – 20,000, but the price will rise as the functionality increases. On the bright side, there are usually ways to reduce the costs. Build your app on Flutter cross-platform framework if you intend to release it on iOS and Android, potentially saving you a lot of money by using one code base for both. You may be able to get better rates if you hire a Mobile app design and development rather than your local developer.

iTechnolabs has developed apps for various businesses over the last 10 years and would be happy to help with your app estimate.