Top 10 Reasons To Hire NodeJs Developers For Your Next Startup?

Top 10 Reasons To Hire NodeJs Developers For Your Next Startup? 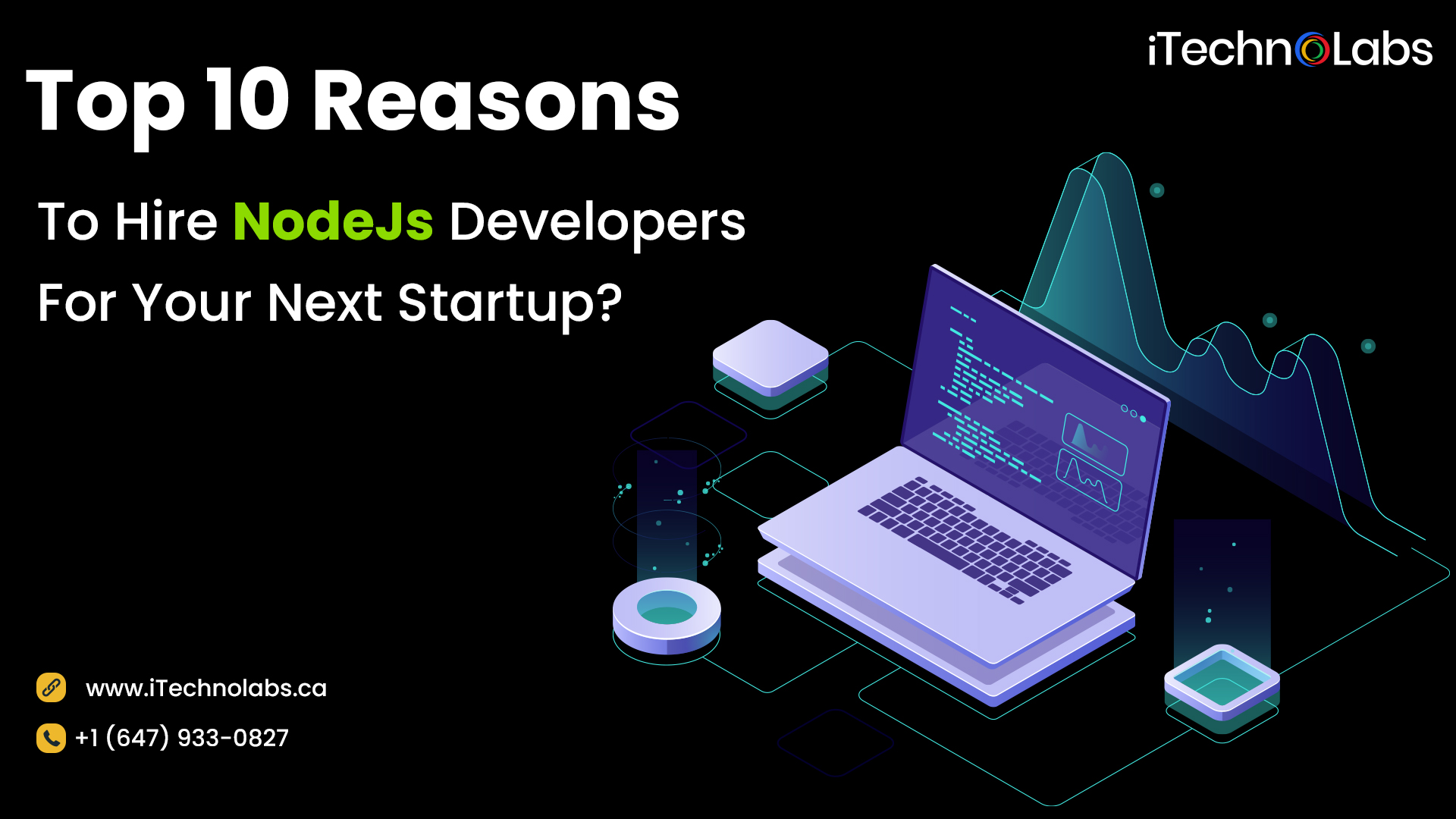 Popularity has steadily increased for Node.js, the JavaScript runtime environment since it was first introduced in 2009, and it appears that this trend will continue.

PayPal and Yahoo, among many others, have long used Node.js due to the numerous advantages offered by the framework.

What about young companies? Can they also benefit from Node.js? There are many benefits associated with Node.js for startups, and you can learn more about them in the following blog post.

The following are five reasons why Node.js has recently become one of the most popular technologies, gaining attention from the startup community. 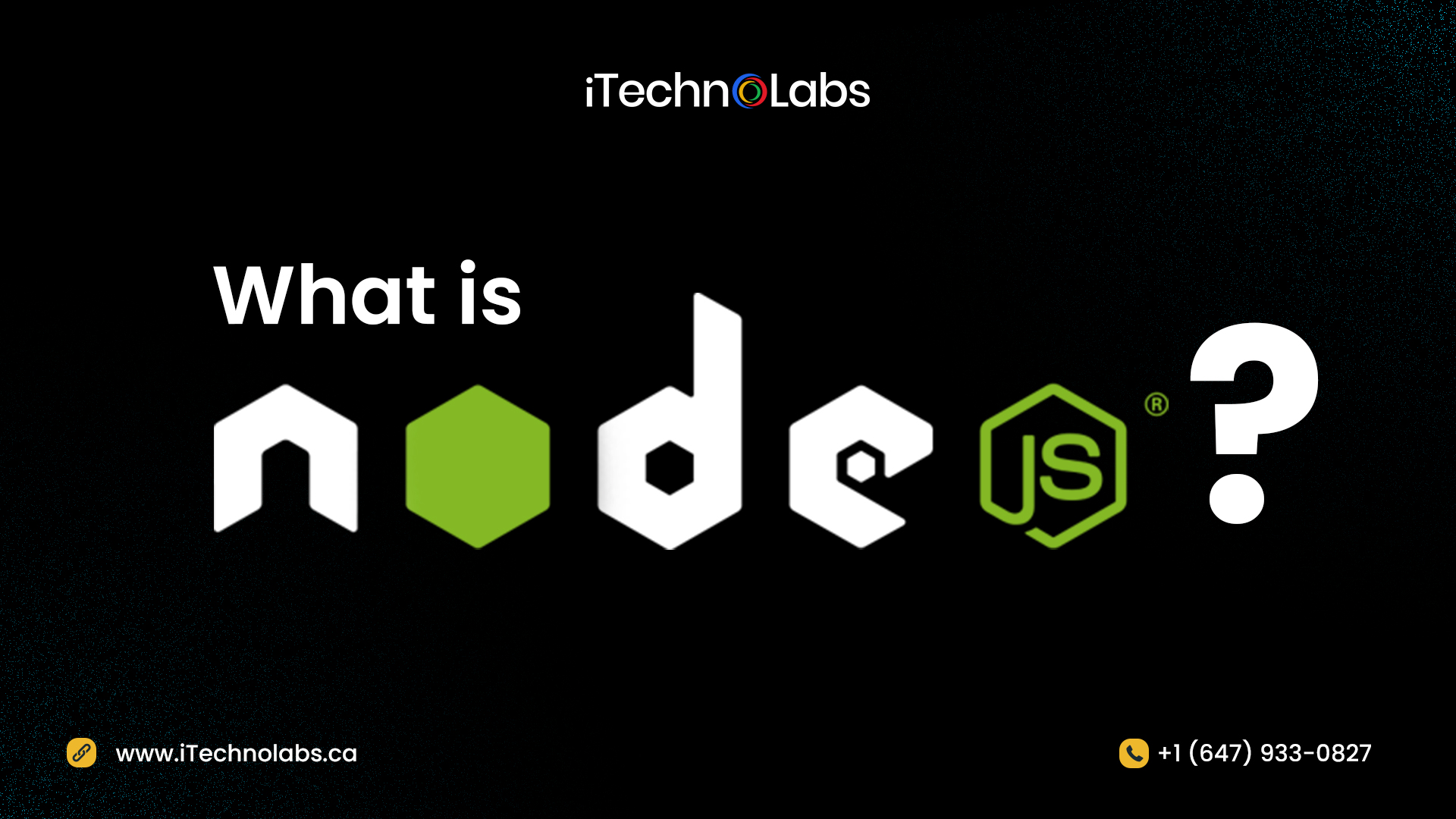 Node.js is a server-side JavaScript platform and is used for building fast, scalable network applications. A JavaScript program can be executed with the Node runtime environment.

Node.js might be a platform that grants developers to make continuous applications with higher turnout and enhanced measurability. It’s a powerful device for creating server-side applications; at the same time, it is not an elemental beast to tame.

When you decide that Node.js development is the right choice for your project, hiring a good Node js developer would be the next step you must specialize in.

Node.js is best suited for:

Which companies are using Node.js? 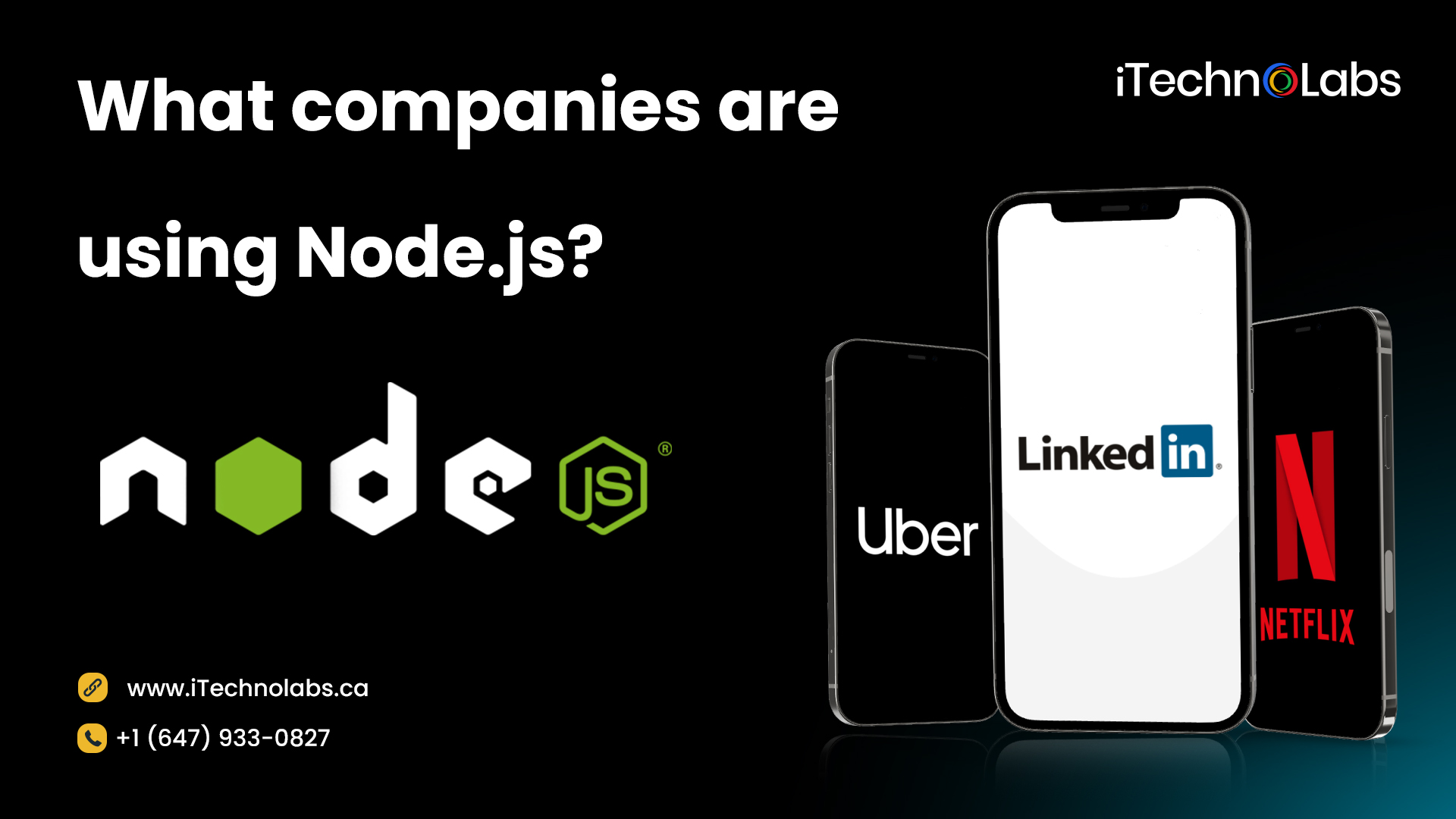 Node.js is used by 51.9% of professionals in a recent Stack Overflow survey of roughly 65,000 developers. Moreover, many well-known brands from different industries have chosen Node.js as their platform of choice. Here are a few examples:

What are the real benefits of using Node.js for Startups? 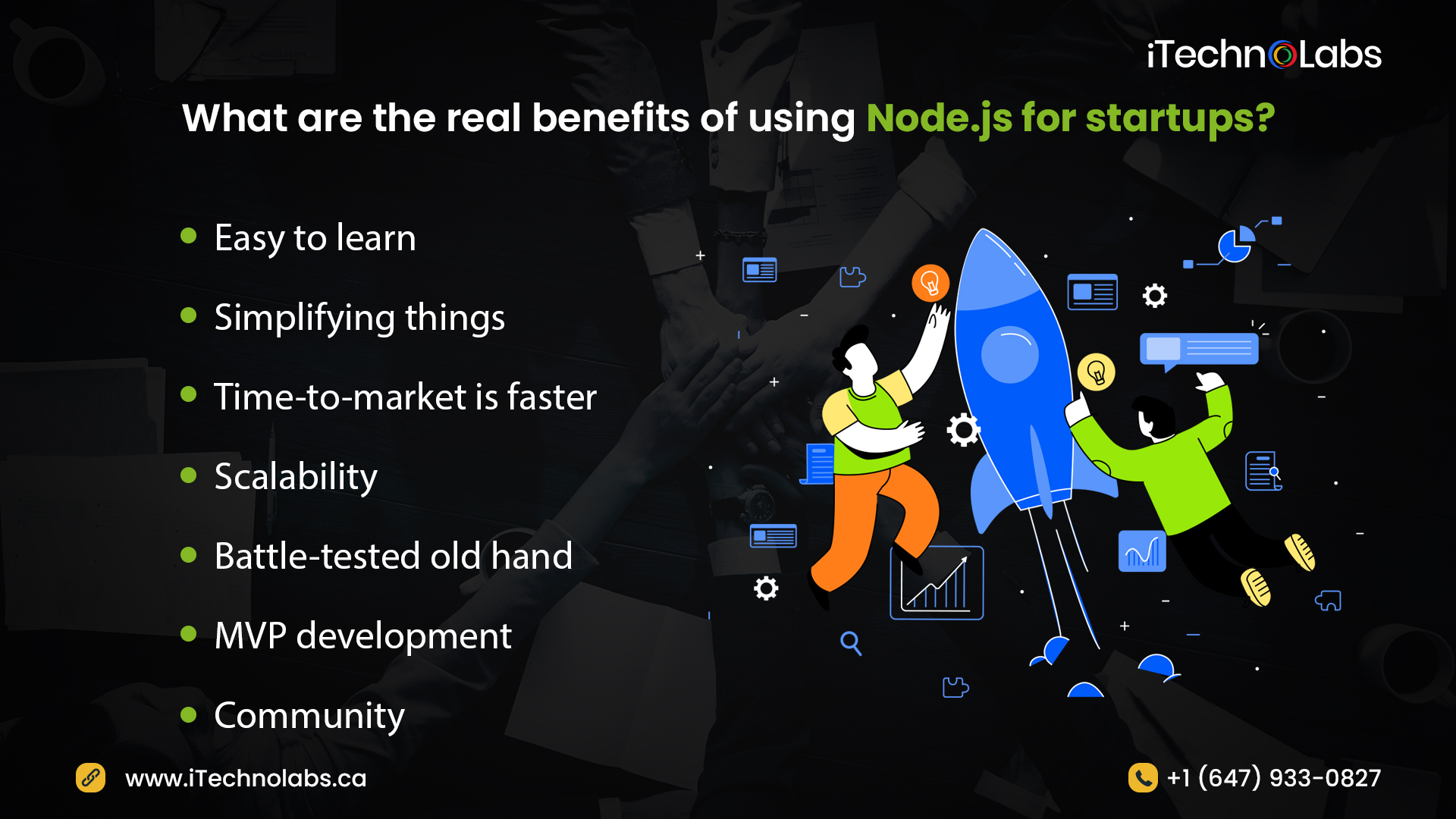 The learning curve for Node.js is not steep. Having mastered JavaScript and Object-Oriented Programming basics, it is relatively easy to code in Node.js, and that’s all you need to get started.

The hardest things are keeping track of the Node’s asynchronous flow and understanding the client-server model.

Many interactive tutorials, courses, and examples on GitHub can make your learning process more enjoyable.

An entrepreneur wears multiple hats and faces many challenges before launching a product. Their lives are meant to be as simple as possible, and that’s no surprise. Consequently, they love the simplicity of sharing the same language on both the server and client sides of a project and no need to switch between the backend and the front-end.

Startups can’t afford to waste their time. In the first few months, they have to constantly iterate, test, deploy, and deliver as fast as possible while having shoelace budgets and lean teams simultaneously. Shortening the time to market is an excellent benefit of Node.js.

As a start, the technology is lightweight and can significantly reduce the time required to develop a new application while still providing the same functionality. You can transform an idea into a product with Node in a snap. The second benefit of a simple dead deployment is getting immediate feedback from it.

Scalability is a core feature of Node.js. For startups that plan to grow in the future, scaling is one of Node’s main advantages. The startup industry uses it to build lightweight, fast, and scalable systems that can be enhanced later and expanded. The possibilities are endless.

Despite being scalable, Node can handle enormous numbers of concurrent connections thanks to load balancing. Its apps are also scalable vertically as well as horizontally.

In the future, the use of Node.js for microservice architectures will be beneficial for scaling and growing projects. In addition, any functionality can be encapsulated in a separate microservice, which can then be scaled separately from all other components.

There is no need to worry about Node.js being so new. Over the last few years, companies have used Node.js for their products more and more, and even giants like PayPal, Netflix, and eBay have taken part.

We have no reason to expect Node.js to be neglected or abandoned anytime soon.

Since budgets and timeframes are short and strict, it’s worth validating the idea’s marketability quickly, with the least effort and investment, to prevent overspending on product development. Don’t leave without getting everything in order.

Node.js gives the developer the ability to create a minimum viable product (MVP) quickly, i.e. software that is just enough functional (or entails one killer feature) to get to market and satisfy their first customers. MVPs are the first steps toward building a full-fledged application.

Support and feedback are essential components of an active community. Another benefit of the thriving Node.js community is that you avoid reinventing the wheel – they have developed numerous tools and instruments that can speed up your development.

As one of the world’s largest and fastest-growing software repositories, NPM (a Node package manager) manages Node’s package ecosystem. You can use many of its libraries and reusable templates to add more value to your code with less effort and time. In the NPM ecosystem, there is pretty much a module for everything.

In addition, most of your questions can be answered by the large developer community and product owners.

How Does Node.js Work for Enterprises or Startups? 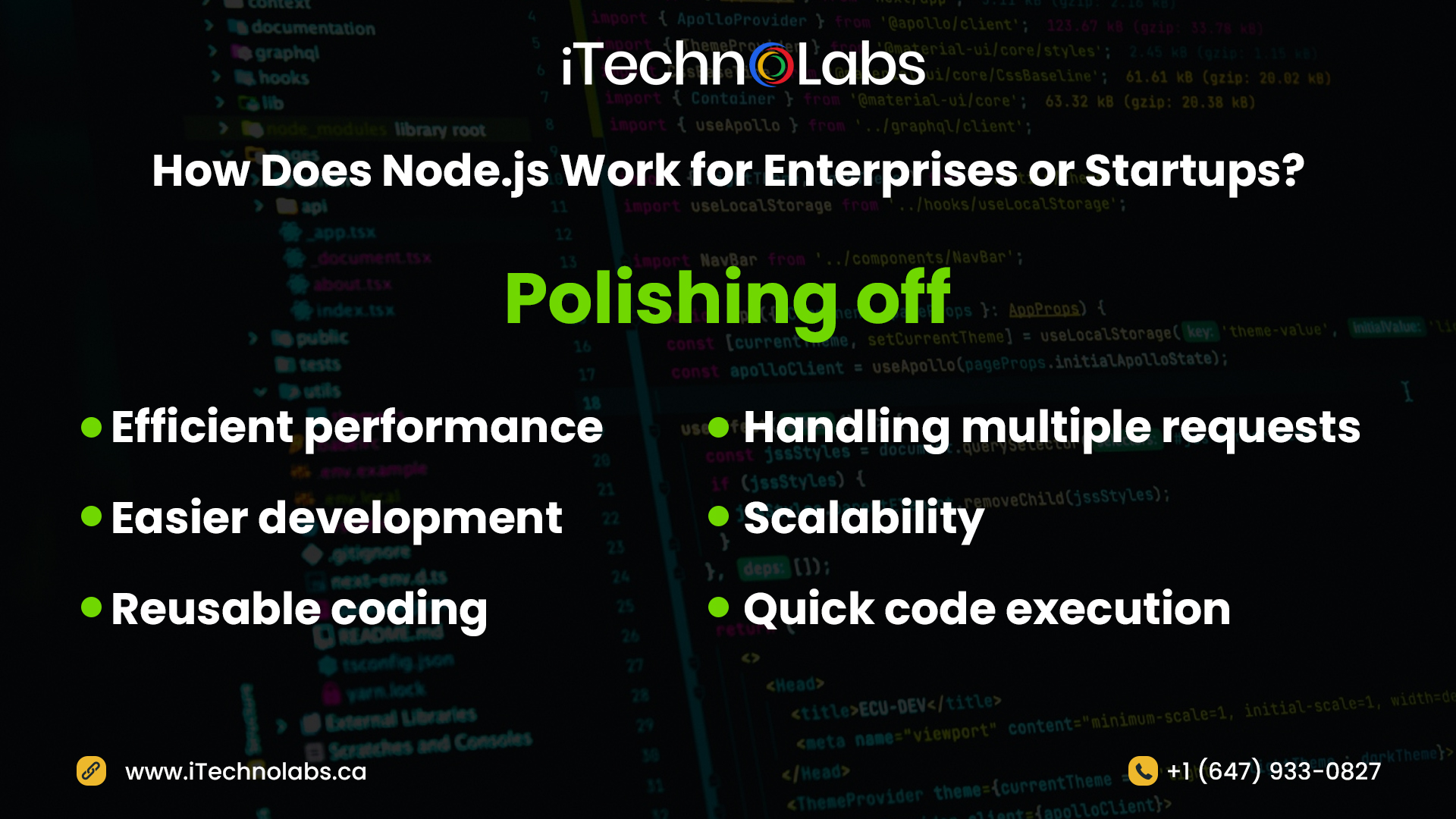 The advantages and disadvantages of using node JS have already been discussed in this article, especially for midsized companies. Nevertheless, what are Node.js’s benefits for these companies and ones just starting? Examine Node.js from the perspective of its business challenges, and evaluate the pros and cons.

Let’s start by talking about enterprise companies. Having scalability, speed, and ease of use is essential even for large companies. Therefore, the nodeJS foundation’s purpose is not a secret. Developers from every industry sector have taken advantage of node JS development thanks to Joyant, its creator, and a lot of organizations have responded to it.

The organization’s founding members, IBM, Microsoft, PayPal, Fidelity, and SAP, use this runtime environment. In addition to Medium, Trello, Uber, and Zendesk, nearly 300 well-known companies now belong to the foundation. The node should not limit corporate users if they do not use it for use-cases that do not match its strengths.

Node.js offers many advantages to startup companies. With its natural strengths, it meets startups’ needs of being flexible and easy to scale. Thanks to the open-source environment, it will be easier for startups to keep development costs down. You will need to know the salary of Node.js developers to calculate the budget for your project. Because JavaScript drives the environment, maintaining and interoperating it is much easier.

It’s perfect for developers who want to test new ideas and services at fast speeds and with the ability to switch nodes easily. It’s similar to buying a modular house that can be extended as required. A startup’s most important benefit from Node.js is that it enables companies to scale up as needed.

Related Article: Why Millions of Developers Use Javascript For Frontend Web Development?

Startup companies seem to favour Node.js, and more and more companies are trying it out.

Before you begin your successful journey with Node.js, be sure to read this checklist of its greatest features:

Do You Want to hire Hire NodeJs Developers For Your Next Startup ? 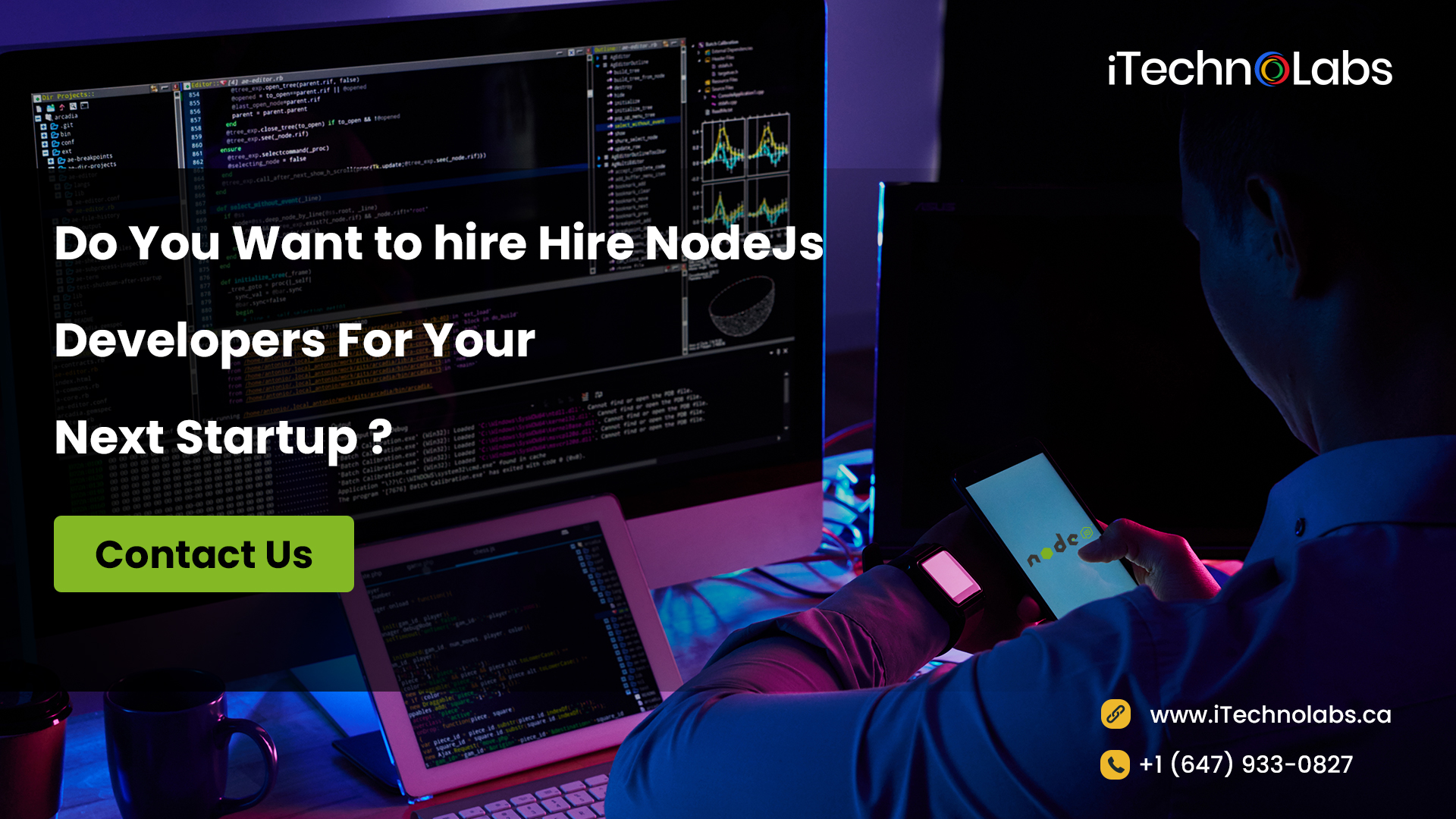 The powerful technologies of Node.js can be leveraged with the assistance of an experienced Node.js development company, allowing you to tackle your most challenging projects. We can help you if you’re looking for Node.js developers. Get in touch right now.