What is Google Fuchsia? Is This the New for Mobile App Development? 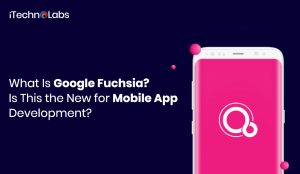 Will this new Android’s successor be an improved version of Android?

Will Google Fuchsia be a revolutionary step?

Is this the project avid developers were waiting for?

Well, answers to these questions are still scattered all over the place; however, today, we will give you an insight about this new universal operating system which is believed to replace Android in the future, Google Fuchsia. 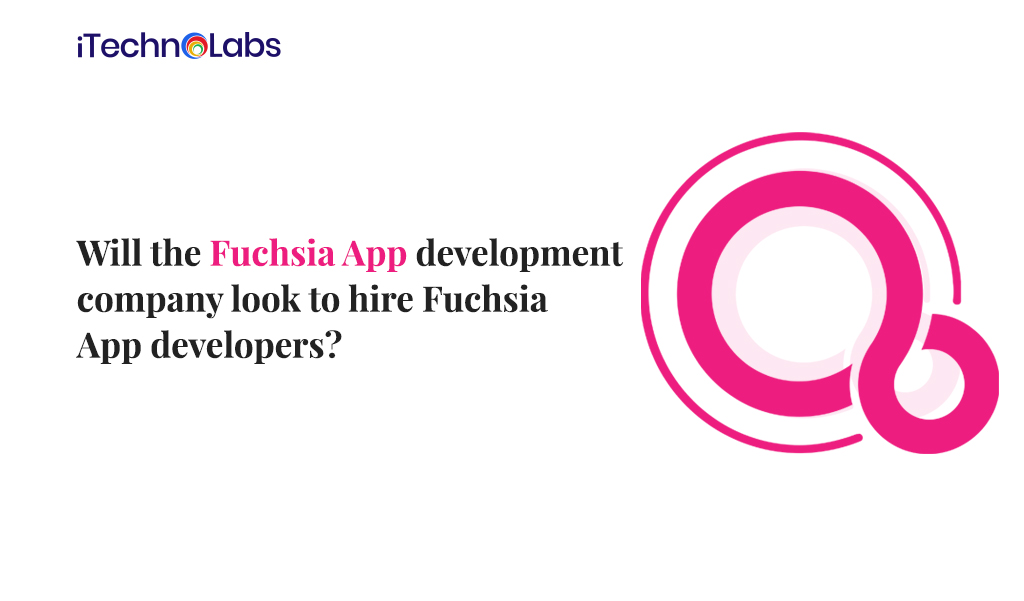 Google is already a considerable family, and Fuchsia is a new gem that is turning all heads at the moment. Though very little is mentioned about Google Fuchsia and the Fuchsia App development company, it was a secret project that Google was working on since 2016, and it continued for a very long time period where many innovations were planned for the entire OS, whereas rumors that something exceptional is cooking bombarded the market.

Though the release date of Google Fuchsia is slightly blurred, in August 2016, Google first landed with the fuchsia project on GitHub and started to hire fuchsia app developers. Developed by Google, Fuchsia is an open-source capability-based operating system expected to support all android applications without interruptions. The word Fuchsia means an amalgamation of purple and pink, inspired from purple, the original iPhone’s codename, and pink, Apple’s initial efforts object-oriented operating system. Does Fuchsia have the potential to handle the incompetence of everyday internet tasks as it is not based on Linux, unlike others? Well, yes. You must be surprised to know that it is based upon a new microkernel known as “Zircon,” which initially means “little kernel” that acts as an extra layer of security to minimize the inabilities of an OS.

Why Mobile App Development is Important for eCommerce Business?

Fuchsia supports dart, the same programming language of flutter, another addition to the Google family that managed to build enormous popularity in the shortest period. Fuchsia’s documentation is unique as it looks promising to run multiple applications on smartphones, desktops, and tablets without any glitches. The expectations are sky high as it is believed to deliver things at a larger scale than the operating system. 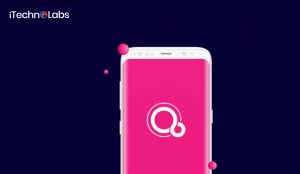 Fuchsia is a product of Google, which was developed by Fuchsia app development company with the sole purpose of uniting features and functionalities all-in-one OS to the world to connect millions of devices at a single platform. This new release is gaining a positive response, and several others like us believe that it might replace the android platform in the coming future.

According to rumors, there are higher chances that Google Fuchsia will first be tried on the smart home, and in the later stage, it will gradually move to laptops, desktops, and smartphones. It is believed that companies are looking to hire fuchsia app developers for the same.

What do you think will Fuchsia be a new destination for mobile developers? Released on May 5, 2021, it looks as if it has already captured the developing mobile market to a larger extent.

This secretive project by Google is different and believed to be better than Android and chrome OS due to the following features. Let’s have a closer look at all of these: To efficiently meet the requirements of the cross-platform device, Google came up with this unique concept of Fuchsia. From devices such as smartphones, tablets, laptops, and wearables, it aims to deliver a similar experience throughout. Above all, it’s effortless to build applications on various platforms; therefore, the demand to hire fuchsia app developers is high who can now use a single database to build applications.

Creating a compelling UI is a task in which Fuchsia will assist developers to ensure that you have beautiful UI components, including arrows, buttons, background, notifications, bars, and much more. The best part is that you can personalize your screen as per your preference using drag and drop features.

Google has massive plans for Fuchsia, including on-screen API authentication and using the app drawer’s camera to make it more assistant-friendly. What’s The Point Of The Google Fuchsia OS Concept?

Back in 2015, it was speculated that Fuchsia is a new OS that could unify chrome OS and Android into a single operating system; however, according to the latest surveyed reports, it is suggested that google Fuchsia is neither an OS nor a fusion of Android and Chrome OS, whereas it’s just a core of an operating system at this point.

As discussed earlier, Fuchsia is built on Zircon meant for embedded systems, including devices that do not require an entire OS, unlike IoT devices. According to Google documentation, Zircon supports graphics rendering, user modes, and a capabilities-based security model. Google has had android things, which are now phased out, leaving the doors open for google fuchsia.

ZDNet speculated that google fuchsia is not a replacement for what we already own, whereas it’s a door to opportunities we haven’t explored yet!

The android market is massive and gigantic, so we believe it’s almost impossible for Google to break the entire market chain within a few years of the introduction of Fuchsia OS. Though Android still has specific issues that might become a reason why Fuchsia can replace Android, but not any time soon. 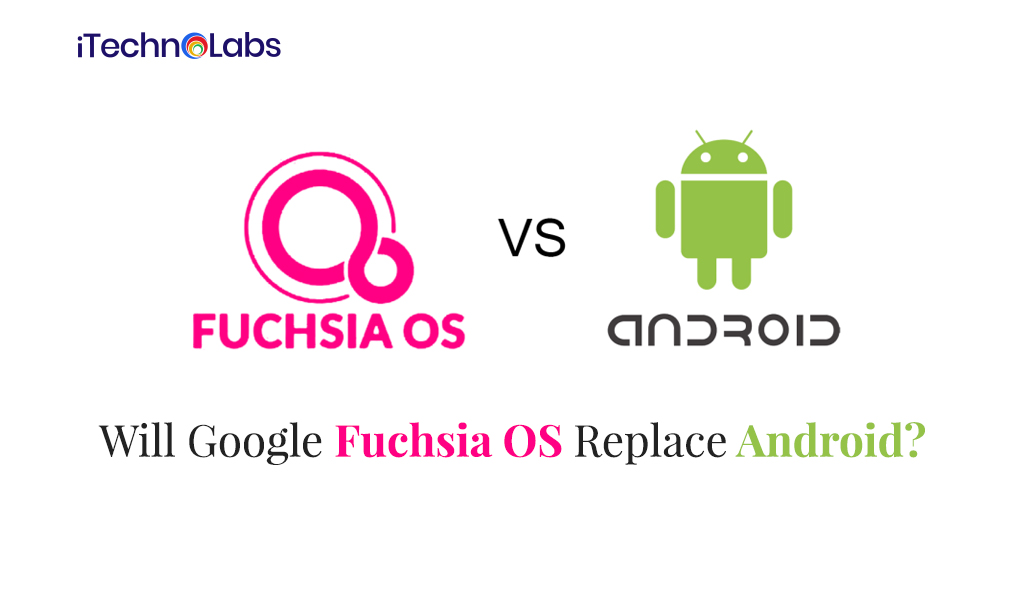 Some of these brimming issues are fragmentation issues, which are caused due to using hundreds of custom versions of Android rather than the latest and the purest version, and secondly, the android update issue that takes a while to flood the entire ecosystem fully.

Is it Good Growth for Fuchsia app development company in Future?

Android is a Linux-based platform that has encountered multiple legal issues over the period, which gives rise to an environment that becomes the breeding ground for bugs and vulnerabilities to a great extent.

In this scenario where Android offers a handful of complexities, there’s a higher chance that Google Fuchsia will be proven as a boon. It is safer, buildable, and optimized as per today’s time that could be easily modified and unified, which lately means it can work across multiple devices.

However, it would be wrong to believe in any speculations or land on any decision as it is too early to judge google fuchsia. That being said, there are higher chances of it to shine if the plan executes in the same manner we imagined.

Google has officially released the google fuchsia that will bring a revolutionary change in the developing world. So, are you excited to see what all fuchsia offers? Well, we are! So, buckle your belts tightly, and for more details, jump to GitHub repository that has deeper insights about the same. It is high to work in Fuchsia technology and opt to become Fuchsia app development company. 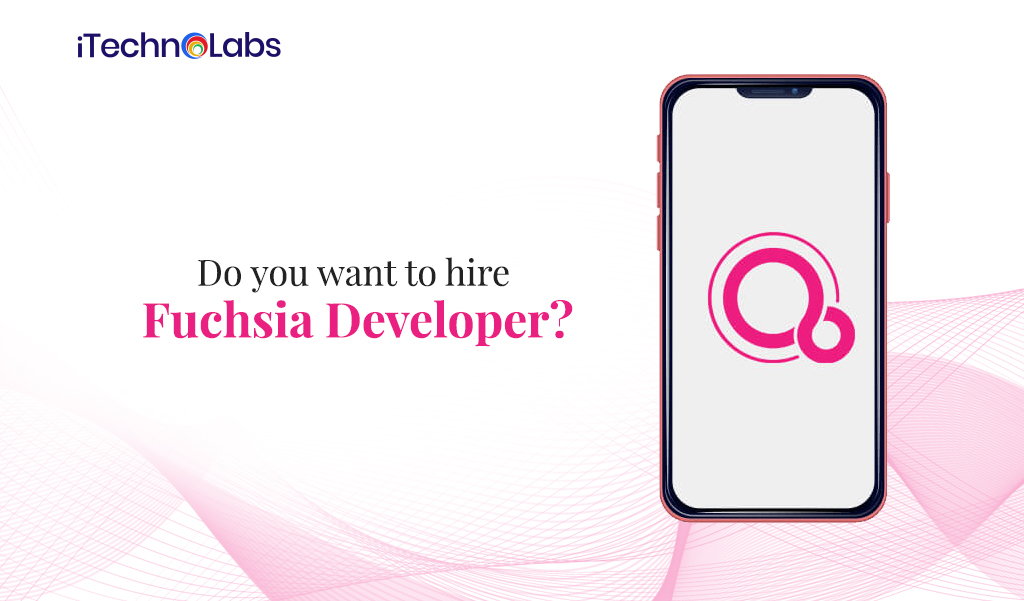 To be ahead in the queue, read more such articles on —— and hire fuchsia app developers, get in touch with us today!