Why Developers Choose Python for Website Development; Is it Relevant in 2022?

Why Developers Choose Python for Website Development; Is it Relevant in 2022? 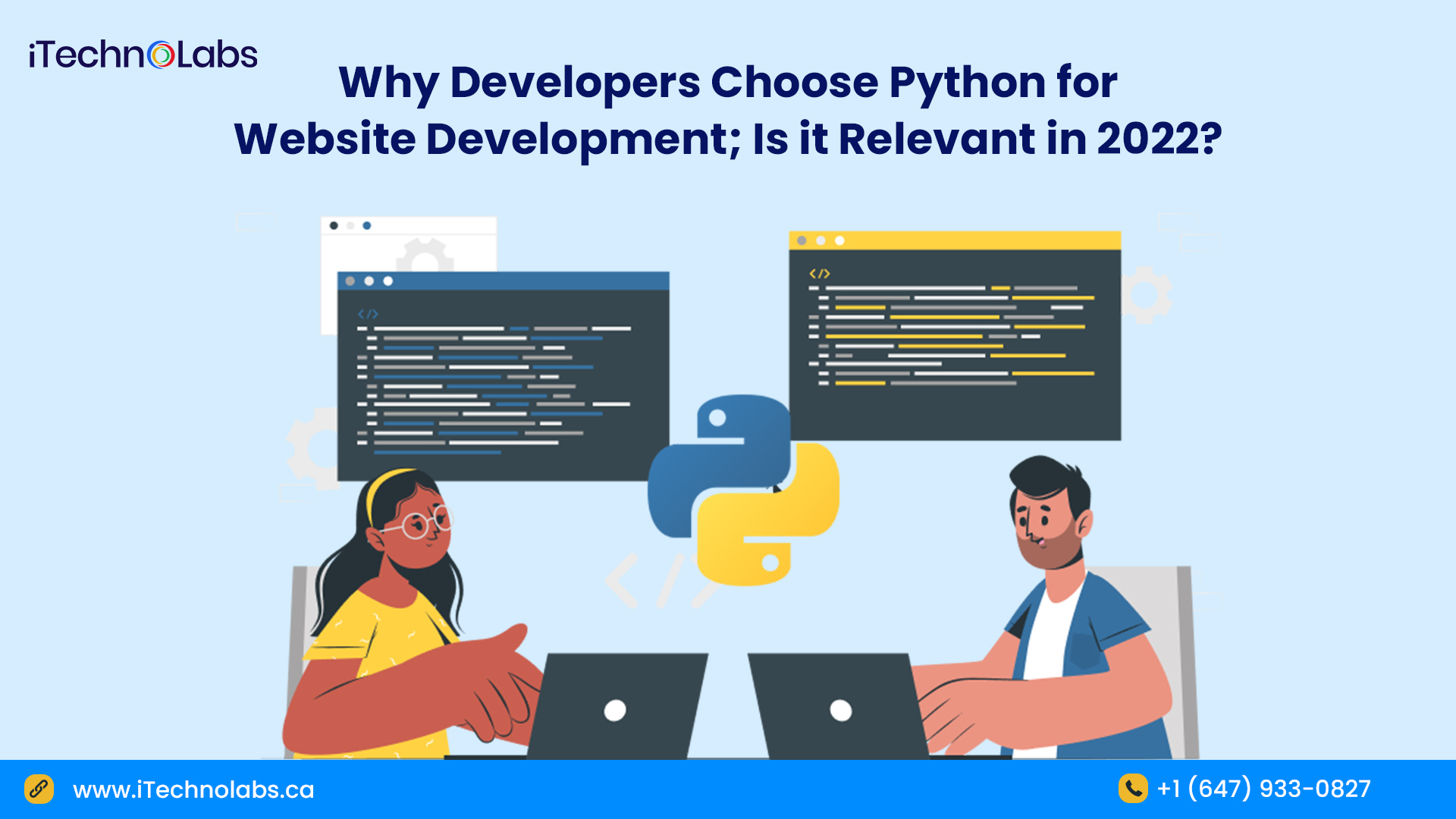 Python language is Created in 1991, Python has safely secured a spot as a go-to coding language in the developer’s market. It offers a refined and easy backend development habitat for developers.

Python began to gain popularity between 2013–2014. The reason why Python is popular for programming is that it has earned an edge over other programming languages.

Definitely, Python is an exceptionally high functional programming language. Its code readability makes it a user-friendly and easy to use language.

Undoubtedly, Python is the most preferred backend language by developers. If you want to understand why Python is used by backend developers, then continue reading this article.

An introduction to Python and its origin 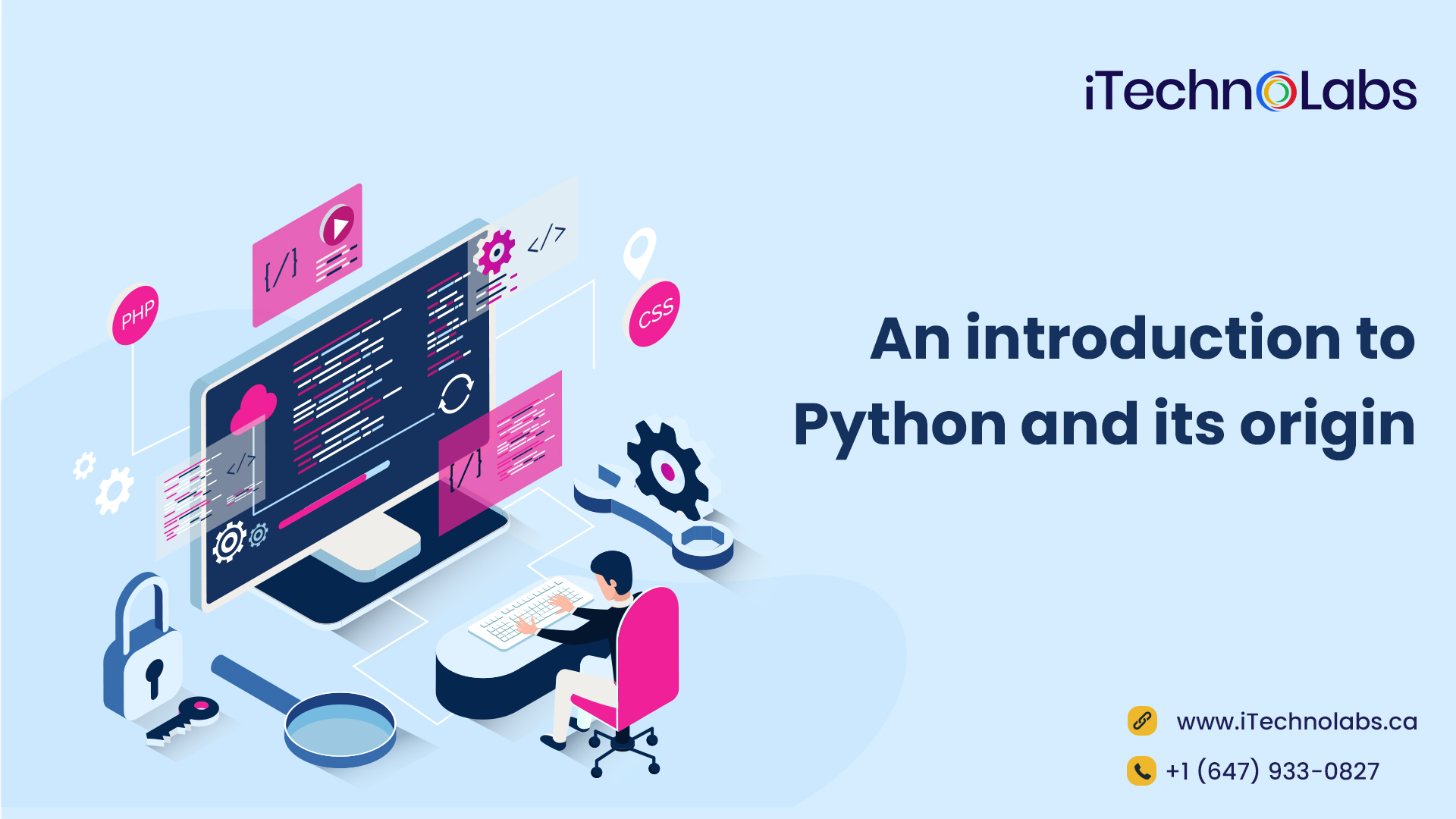 Python was created in 1991 by Guido Van Rossum which managed to gain traction n the industry in the previous decade. This language was specially designed to bring the spotlight on easy coding readability.

One of the best features of python is that it is an object-oriented programming language. This open-source language is friendly and easy to use. Unlike other coding languages, Python is the only language that is being used by research for the development of websites and software, task automation, data analysis, and data visualization.

Having a piece of proper knowledge about Python appears as a daunting process that can’t be understood with bookish knowledge. Hence, it is equally notable to have theoretical as well as practical knowledge of coding.

Python is widely used and valued by startups, renowned companies such as Quora, Netflix, Google and government organizations.

So why is Python so popular for the backend?

According to Statistics of GitHub and Google Trends, Python maintains its spot as the most popular programming language in 2020, above Java and JavaScript. Python scored 25.1 percent while Javascript had 19.0 per cent and Java managed with 10.5 percent. 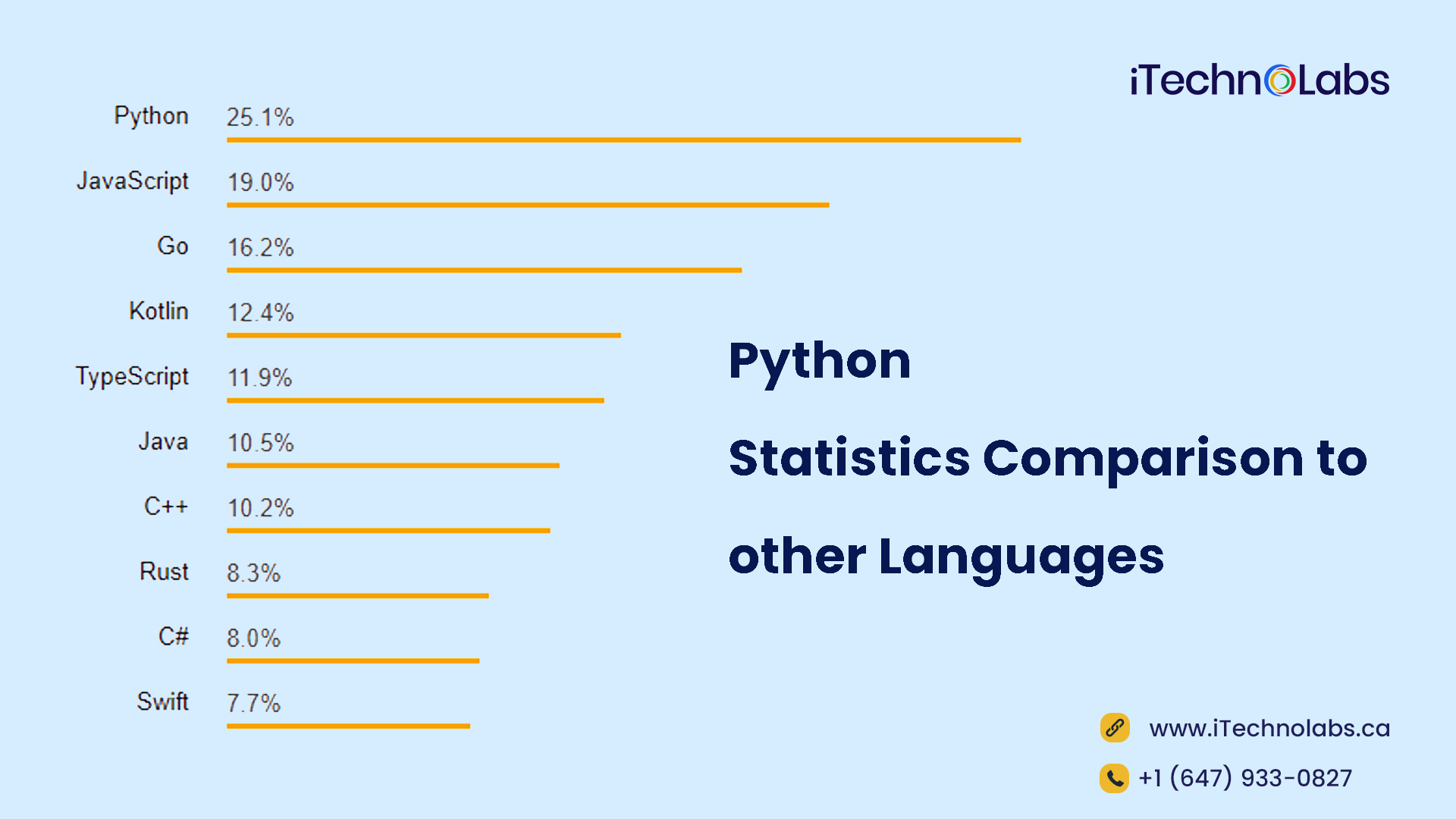 Technology is ever-evolving, hence demands new changes. Even though companies such as Google, Mozilla and Apple are developing newer programming languages yet no language is able to match the standard of Python. Therefore, the dependence on globally renowned companies such as Google, Instagram and Dropbox of Python has increased manifolds. This dependence on Python is because of its versatile suite of products.

Python is considered as an interpreted high-level general-purpose programming language among web developers. The reason being its design philosophy which supreme focus is code readability

A strange notion about Python has been established in the market about its extremely powerful and advanced for web design and development. Developers which are skilled in Python are in great demand by the Python web development company. Hence it can be concluded that web development companies seeking to hire python developers. 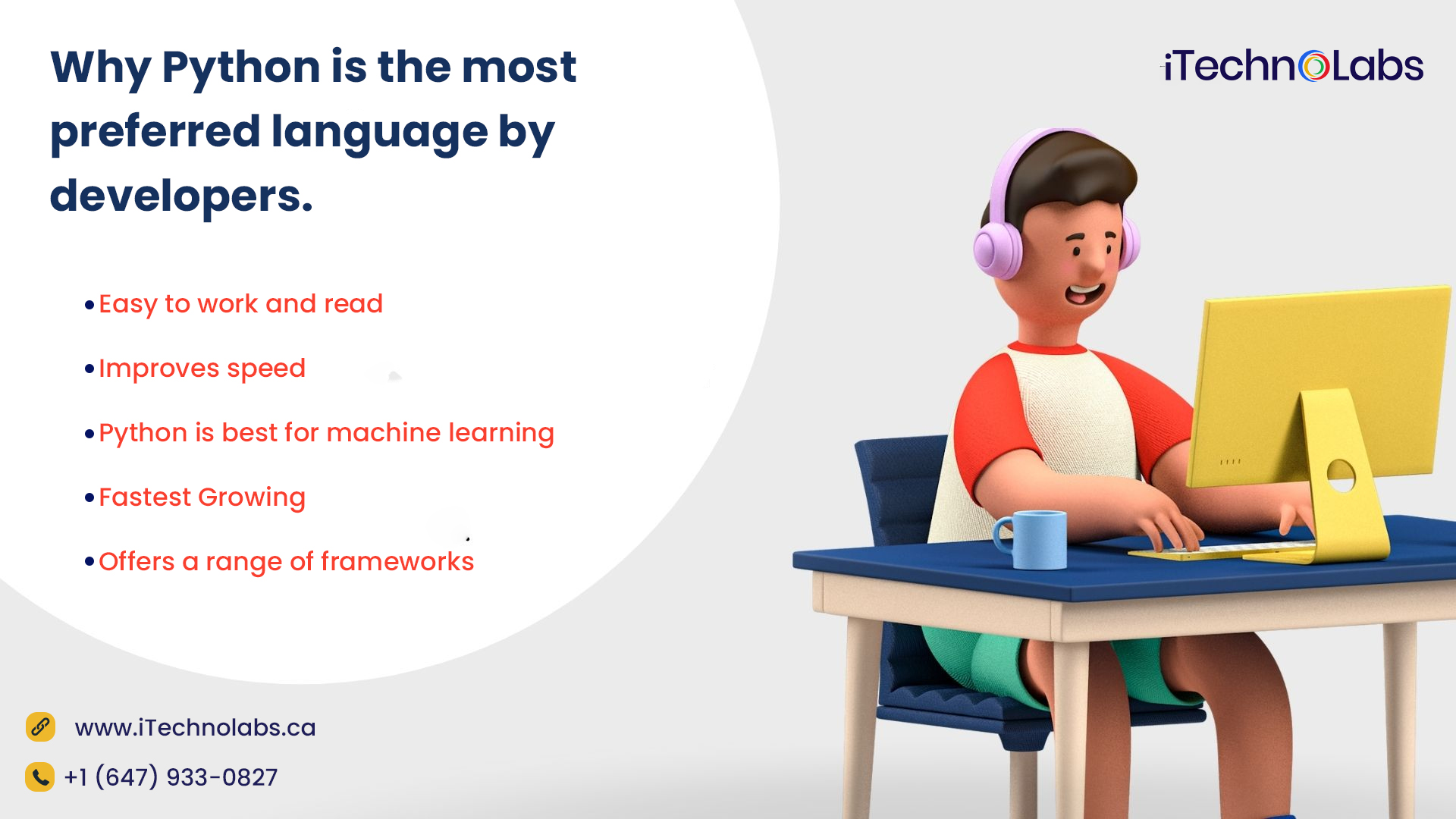 Python has become the go-to programming language for data scientists and developers. Credit goes to Python’s simple syntax and readability are the primary reason. Experts can’t emphasize enough the fact that now is the perfect time to leverage the benefits of Python’s features.

Python is famous for its simple syntax and shortcode length. The best thing about Python is that it is a platform-independent language. Python is widely used for operating systems in which no interpreter is required. This implies that programmers can spend their time on other activities which he usually invested in running code or figuring out how it works.

Since it is an interpreted language one experiment with coding by changing the code base of python. Being one of the easily accessible languages because of its simple syntax, it is the best time-saving coding language. Owing to the fact python codes can be easily written and executed much faster than other programming languages, it is one of the most preferred languages.

Python is an ideal backend language when it comes to coding because of its emphasis on code readability and its vast libraries and frameworks,

Python has several powerful libraries with a huge amount of pre-written code. Hence developers aren’t required to write code from scratch, consequently speed up the development process. Python allows developers to complete the work in hand using fewer codes. For this reason, Python is an ideal choice to be used for backend development.

Undeniably, machine learning has transformed the mobile application industry. Machine Learning is a significant subset of Artificial Intelligence. When you use machine learning it is suggested that developers must stick to one coding language

This easy to use language is widely accepted because the syntax is quite simple than other languages.

Generally, Python majorly focuses on coding readability and its enormous libraries and frameworks. Python is an ideal backend language as the language is simple. Using Python developers can write reliable systems, focusing on the issues of machine learning without having to worry about complex programming. 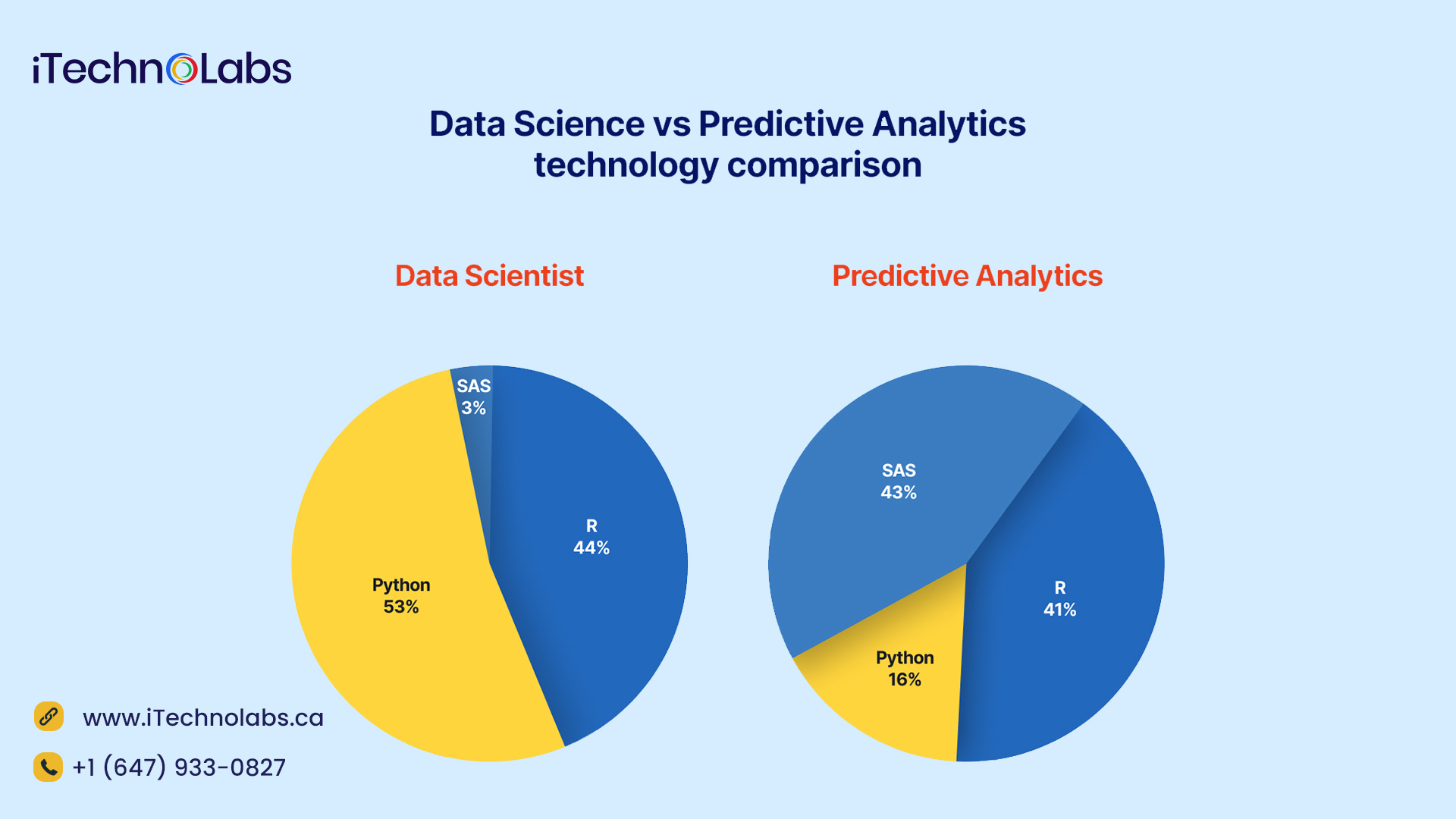 Python uses extensive set of libraries and frameworks that can be quite useful in saving time which can help in gaining more profit.

Python Web framework is an array of packages or modules that enables developers to write web applications and related services. Using its framework developers are not required to handle low-level details such protocols, sockets or process/thread management.

Django and Flask are two of the most popular Python web frameworks. There are many other tools that developers are using to speed up website and application development and improve the quality of products built using Python.

Are You Looking for Python Developer for Website Development? 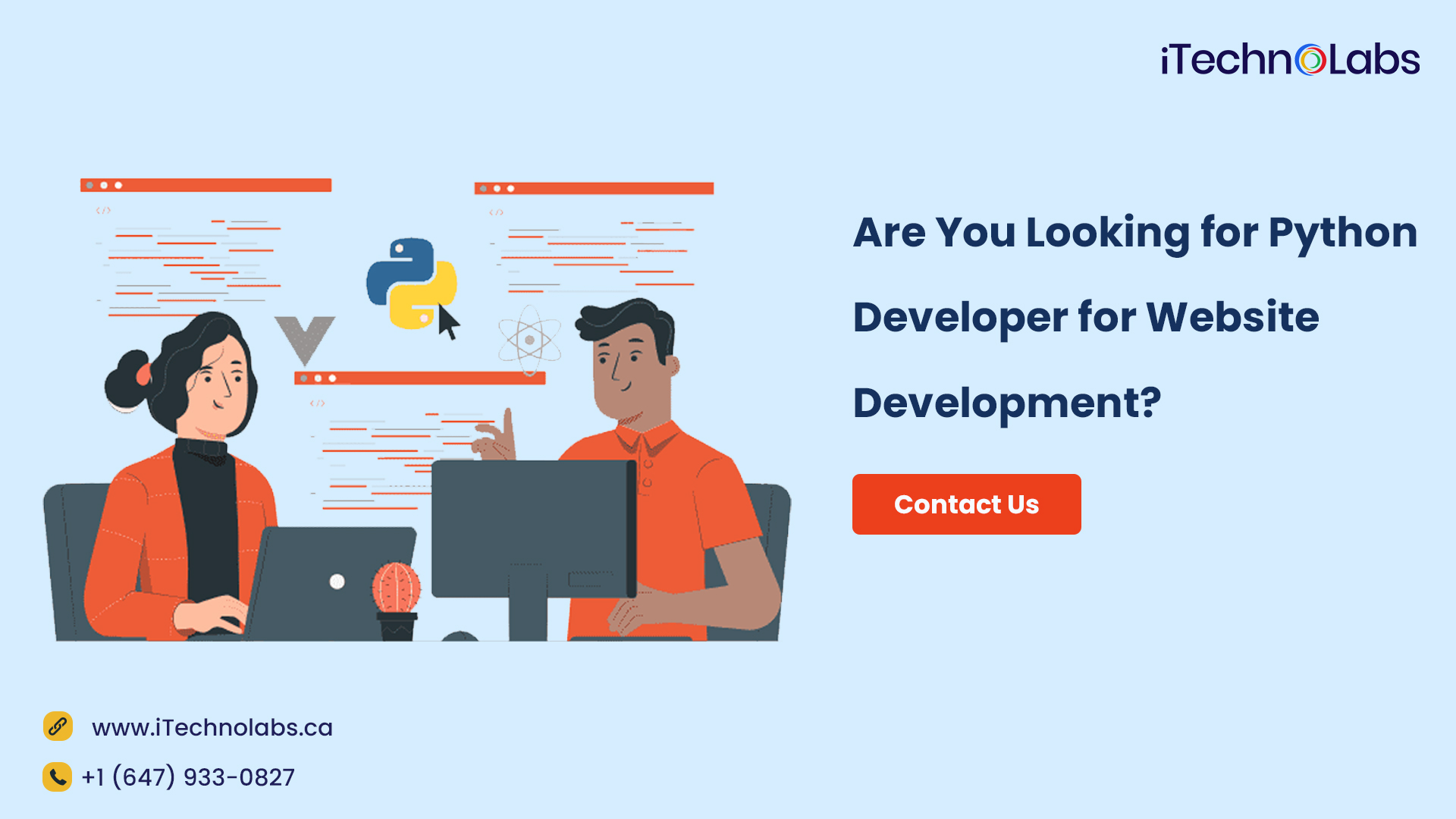 There are ample backend languages available in the market which are popular, productive, and useful. But Python is a clear winner. Offering adequate advantages, Python is growing and gaining popularity among developers. Using python web development company are capable of improving the efficiency of product development.

Regardless of the type of application and size whether it is small, large, online, or offline – you can choose the style which you want to strategically drive the purpose and goals of your business. Avail the best services to hire Python developers from our team of skilled and talented developers.