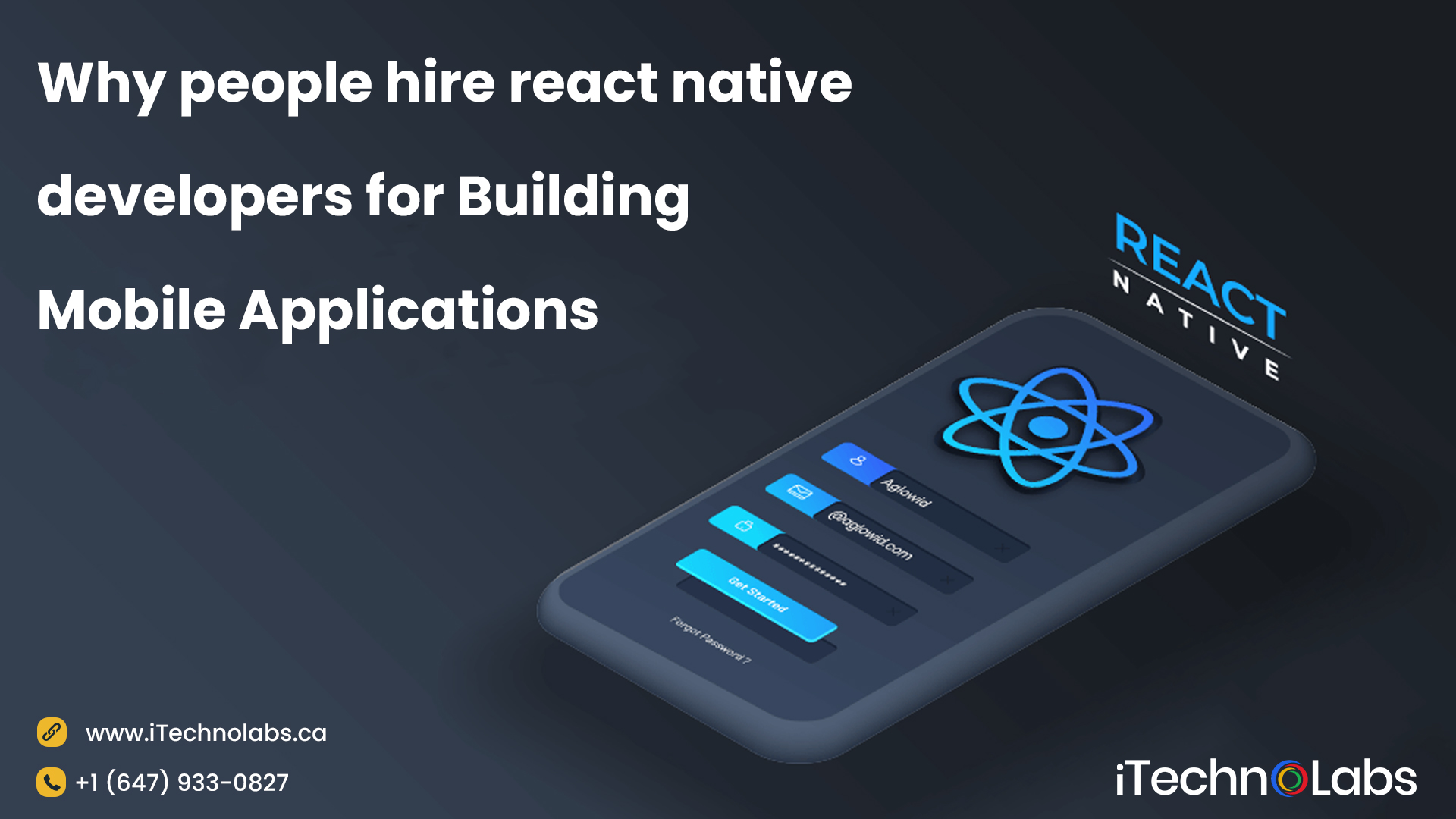 The React Native framework is open-source and is compatible with other platforms. Developing amazing apps has become easier with React Native, and in this way, it makes a significant impact on the world of mobile app development.

Due to smartphones’ increasing use in society, developers must create user-friendly and compatible iOS and Android platforms applications. This has led to React-based mobile apps becoming the talk of the town.

React Native has risen to become the most practical approach for creating mobile applications within just a few years of its launch.

What is the benefit of using React Native? 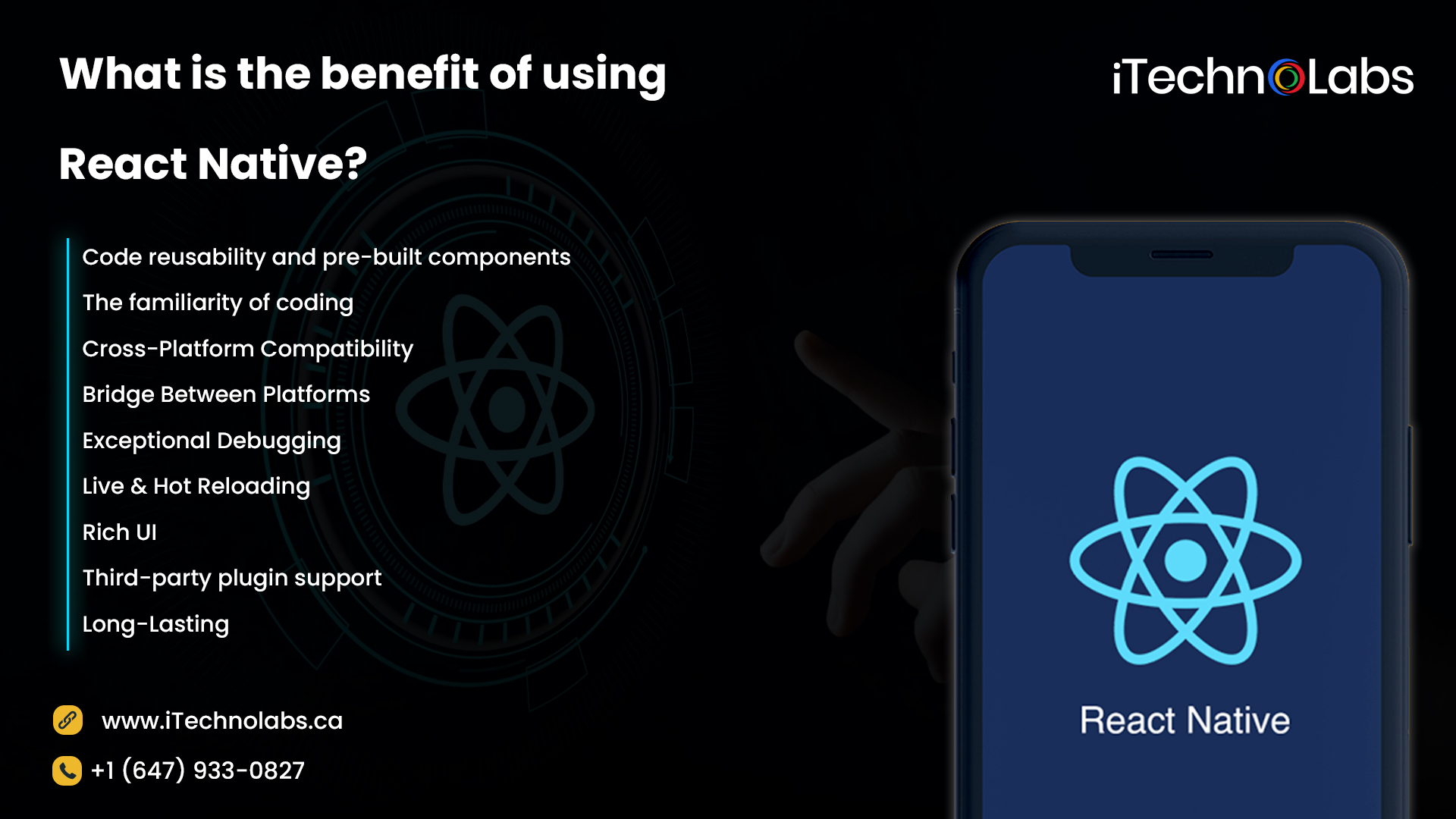 Other frameworks may not provide you with the features that React Native can. Here are some reasons to use it for mobile app development:

Mobile app development for cross-platform platforms refers to reusing written code to create iOS and Android apps. A similar approach is React Native, and the idea of writing once and deploying everywhere applies here.

It is convenient for developers, and different designs are not built for other platforms. A company can also use most of the code from an existing web app when building a mobile app.

If your developers are already familiar with JavaScript, they won’t need to learn a new language or code to build your app with React Native.

Once this step is completed, your developer can start developing your mobile app using React Native.

Because of this, cross-platform apps have similar performance to native apps. With React Native, you can create a single application that runs on iOS and Android thanks to React JS combined with a Native UI toolkit and Native APIs.

We can reuse much of the component logic, state management, and reactive hooks from a React JS application by extending a React JS project to create a mobile app. Thus, you can reduce your overall app development costs and development time. Your app will be ready to be published as soon as possible, and you will be able to enter the competition ahead of schedule.

As a result, you won’t be required to hire separate developers to create Android and iOS.

React Native functions similarly to JavaScript in creating user interfaces for browsers. This bridge describes how natively rendered APIs are displayed on that platform. Apps built with mobile parts load more efficiently and clumsily than those made with web views, and the bridge allows the app to appear more professional and personal.

Cross-platform development is made much easier using React Native’s built-in debugging tools. Each error message has a specific purpose, and it is no longer necessary for developers to wrack their brains when they receive a notification from an obsolete fatal system.

You will be able to pinpoint where and why the program crashed during testing. Modifying the program is quite simple, and the errors generated by React Native are to the point.

A live reloading feature is at the heart of React Native. This feature enables developers to make code changes while the app is loading and fix them while it is loading.

Live functionality reloads the entire program once changes are made, whereas hot reloading only supplies a portion. This simplifies the testing and development processes for React Native.

By using pre-built declarative components like Button, Picker, Slider, Switch, and so on, React Native lets you create unique and compelling user interfaces. You can create your features using TouchableNativeFeedback and TouchableOpacity.

For it to run efficiently on iOS and Android mobile devices, there are several other Android and iOS-specific components.

The core framework of React Native has some components that are not recognizable because it is a new framework that is still in development. As a countermeasure, Facebook has incorporated support for third-party plugins to ensure that this does not compromise the integrity of the technology. Plugins for React can be native modules or JavaScript modules. With the help of plugins, you can expand the user-friendly features that the application provides for its target audience.

As long as this framework survives, it will serve many unique features, such as a single codebase, UI-focused approach, community support, short development cycle, support for third-party plugins, native performance, hot reload, and reusable codes. With its updates, Facebook is still working hard to ensure that businesses and developers will always find reasons to use this technology when creating mobile applications. Within the purview of such updates and the latest versions, the requirements associated with changing business needs and users are constantly evaluated. With React Native, developers can develop applications that provide end-users a smooth and seamless user experience. For the generation of real-time leads, this framework is also recommended by professionals and experts.

What Are the Benefits of Hiring React Native Developers? 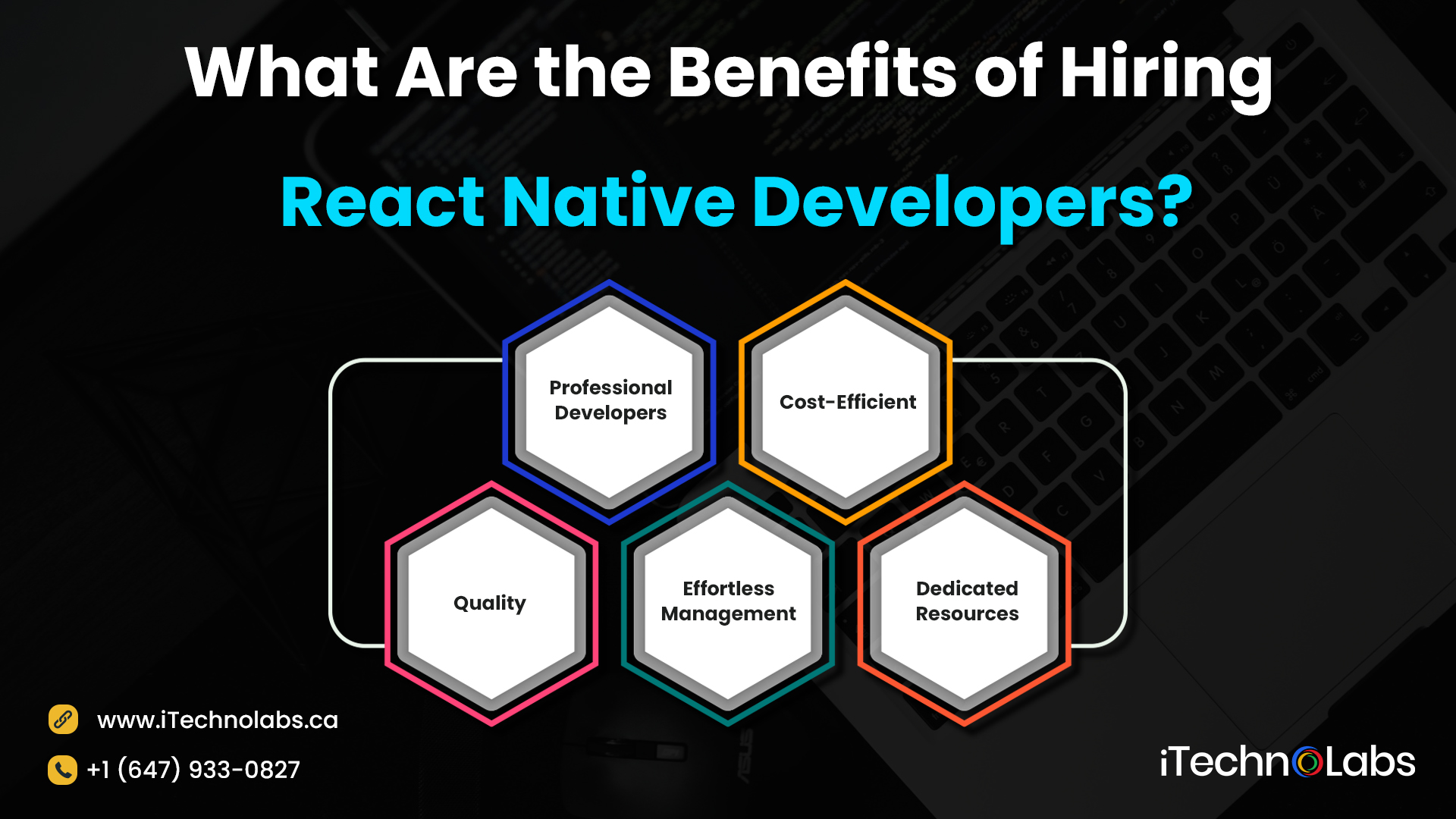 You can find the top talent everywhere when you hire React Native developers for your app. In the React Native Development space, there is a large pool of experienced developers. Experts know what approach to take to create an app in the shortest time, and software will become available online sooner if the development period is shortened.

Experts with experience are usually preferred over those with fancy degrees, why? It refers to the amount of time spent coding and debugging multiple projects at the same time. This contributes to the quality and performance of the app.

If you are looking for a company to hire React Native developers, make sure to choose leading React Native App Development company. Please contact us if you have any problems. We are available 24 hours a day, 7 days a week.

If you hire React Native developers, you will be able to manage the entire mobile app development cycle more easily. Furthermore, this provides you with more time to focus on other aspects of your business. As a result, the process of developing mobile apps is quite simple. 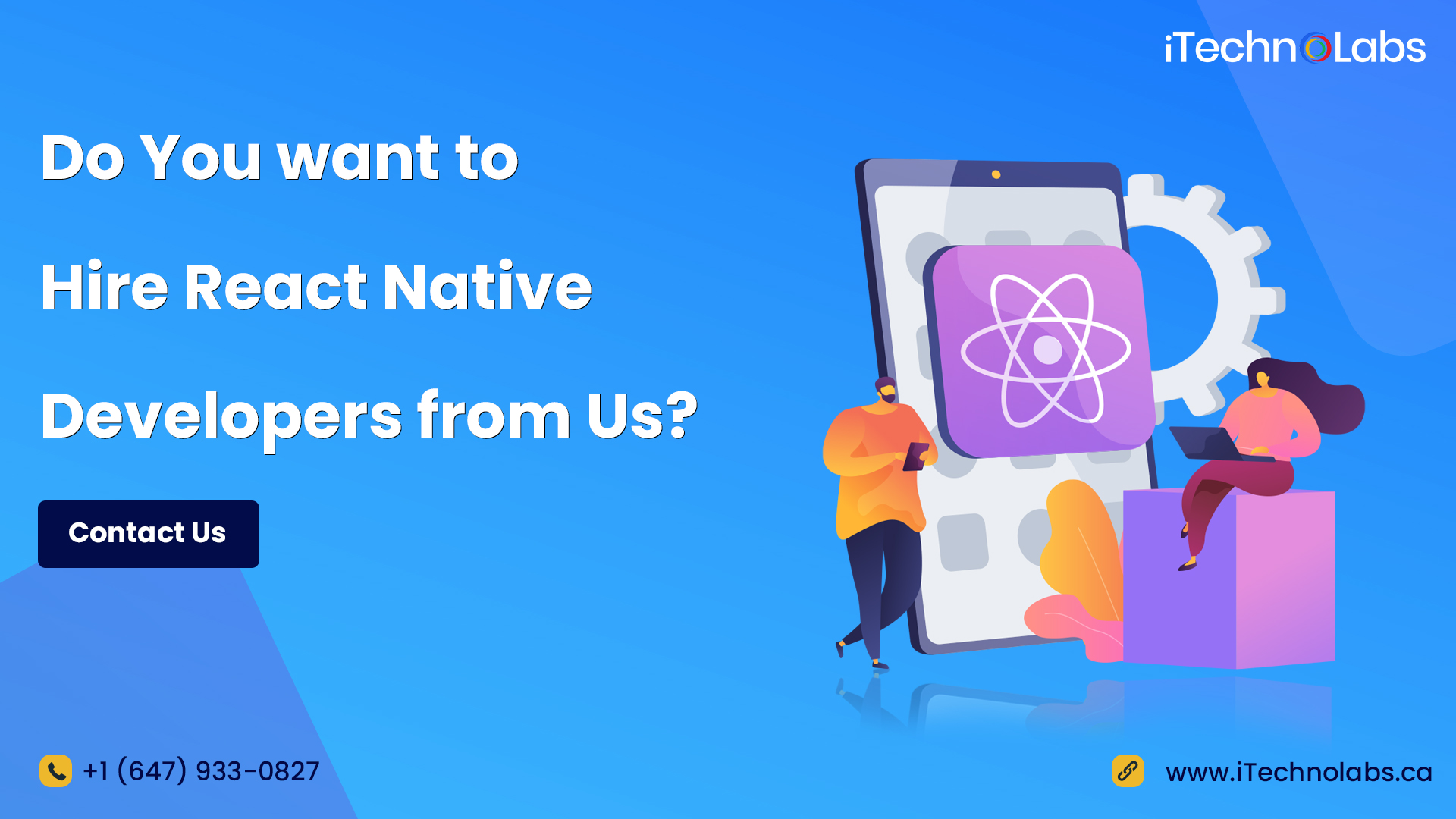 By minimizing the development time and costs, you will be able to stay ahead of your competitors. As well as providing seamless integration with iOS and Android OS, it also delivers the best user experience. Get in touch with our experts to learn more about the benefits of React Native for mobile applications.