A Step by Step Guide to Hire AngularJS Developers

A Step by Step Guide to Hire AngularJS Developers Angular is a coding language that is fast gaining popularity among businesses and companies who want to create their own website or web application. It has a lot of benefits like an organized framework, better speed and efficiency, and allows cross-platform development.

Angular is a crowd-favorite because it lets you create both a web app and a mobile app with its cross-platform development feature. Many leading brands and businesses are already using this platform.

What exactly is Angular, and how is it used? 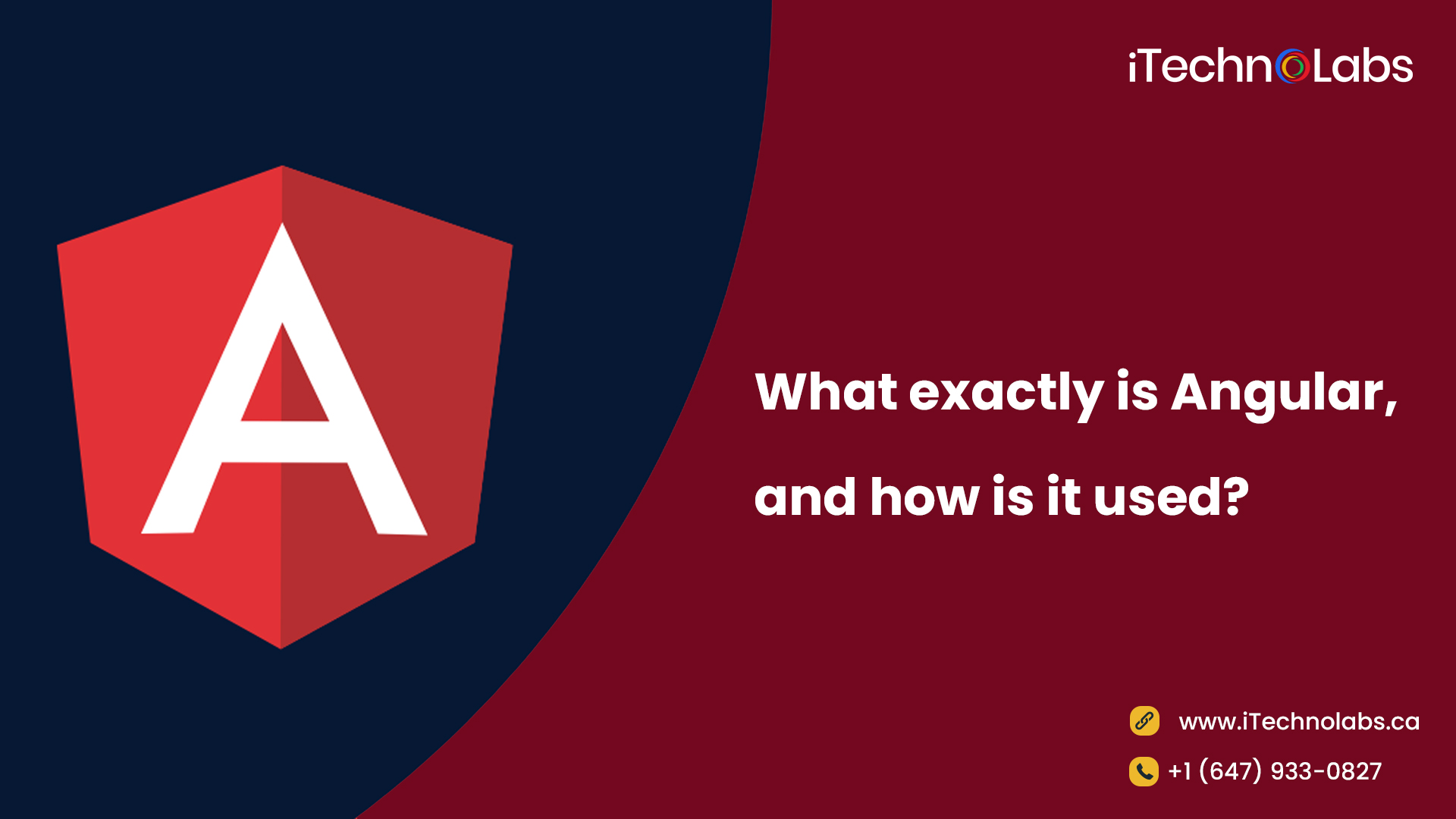 Angular is a coding language platform that creates frontend interfaces. It usually helps build single-page web applications. The frontend is what clients see when they first open a web page

.How compelling your frontend experience determines how many clients will stay on your website, and how many more would consider paying a visit. That is why, developers prefer creating a user-friendly and interactive frontend for websites, as this attracts more clients.

Big companies like Microsoft, Google, PayPal, Upwork and Samsung, all use Angular for their website to create an interactive platform.

What are the benefits of Angular? Before you set out to hire angularjs developers, have a look at why this coding language has become so popular.

The major differences between AngularJS and Angular 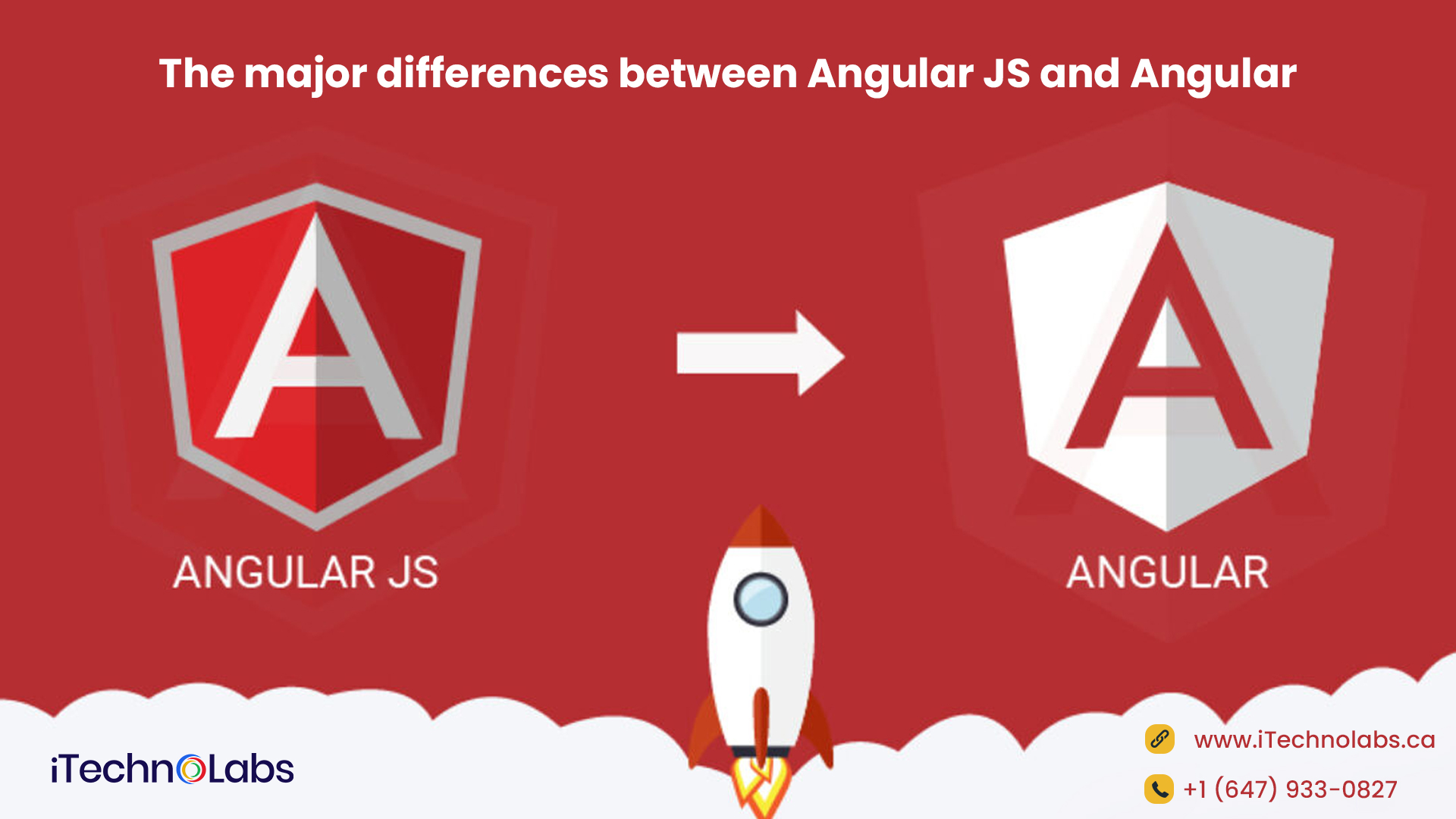 Angular is a broad term that denotes all the versions of it that have been published since its inception in 2010. Angular JS was the initial version of Angular. Since then, newer versions like Angular 2 have been published, which have fixed the issues with the first version. Both versions are used to develop dynamic and interactive websites.

There are mainly three major differences between Angular JS and Angular 2. 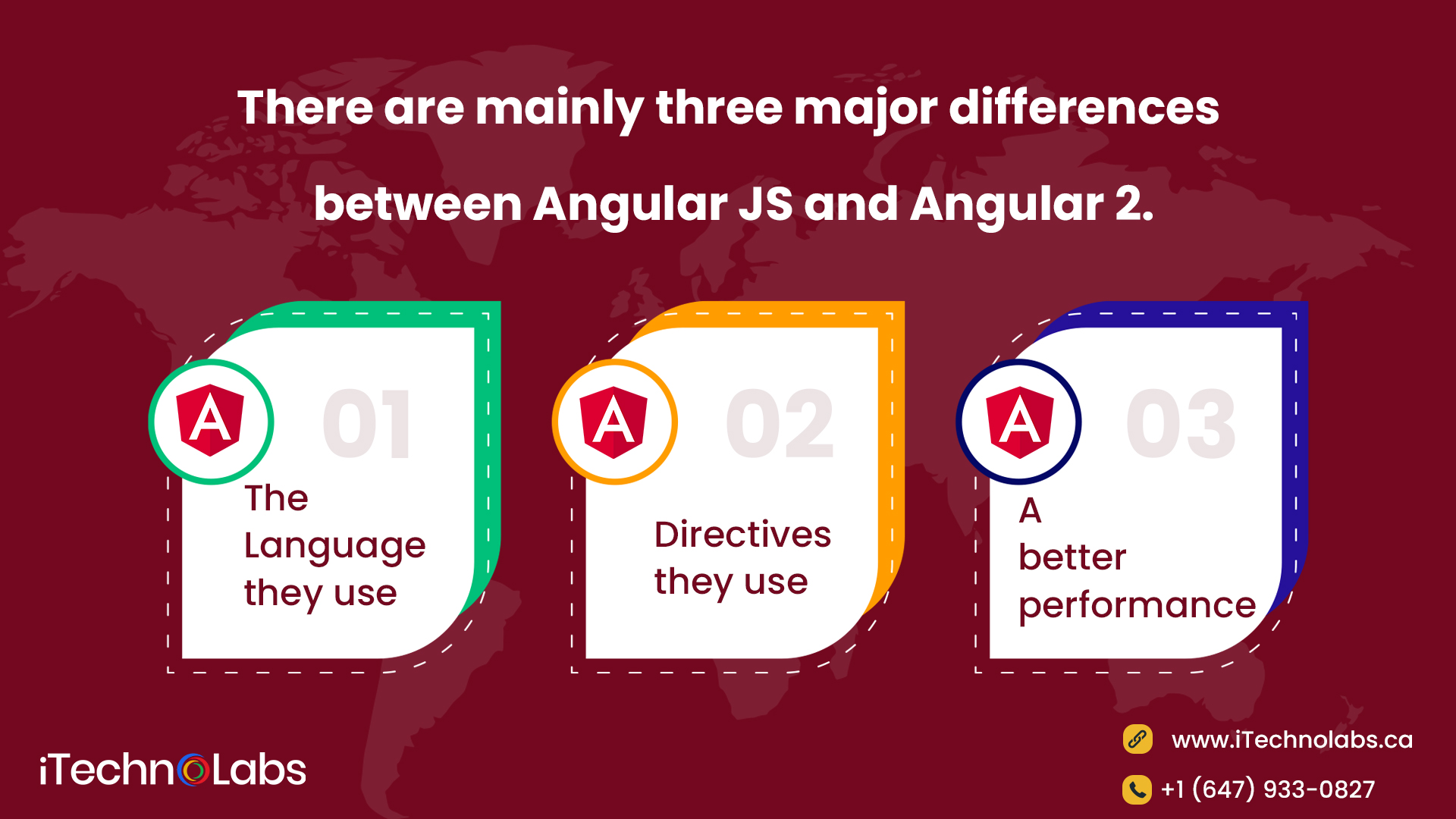 Things to ensure before you hire AngularJS developers: a comprehensive checklist 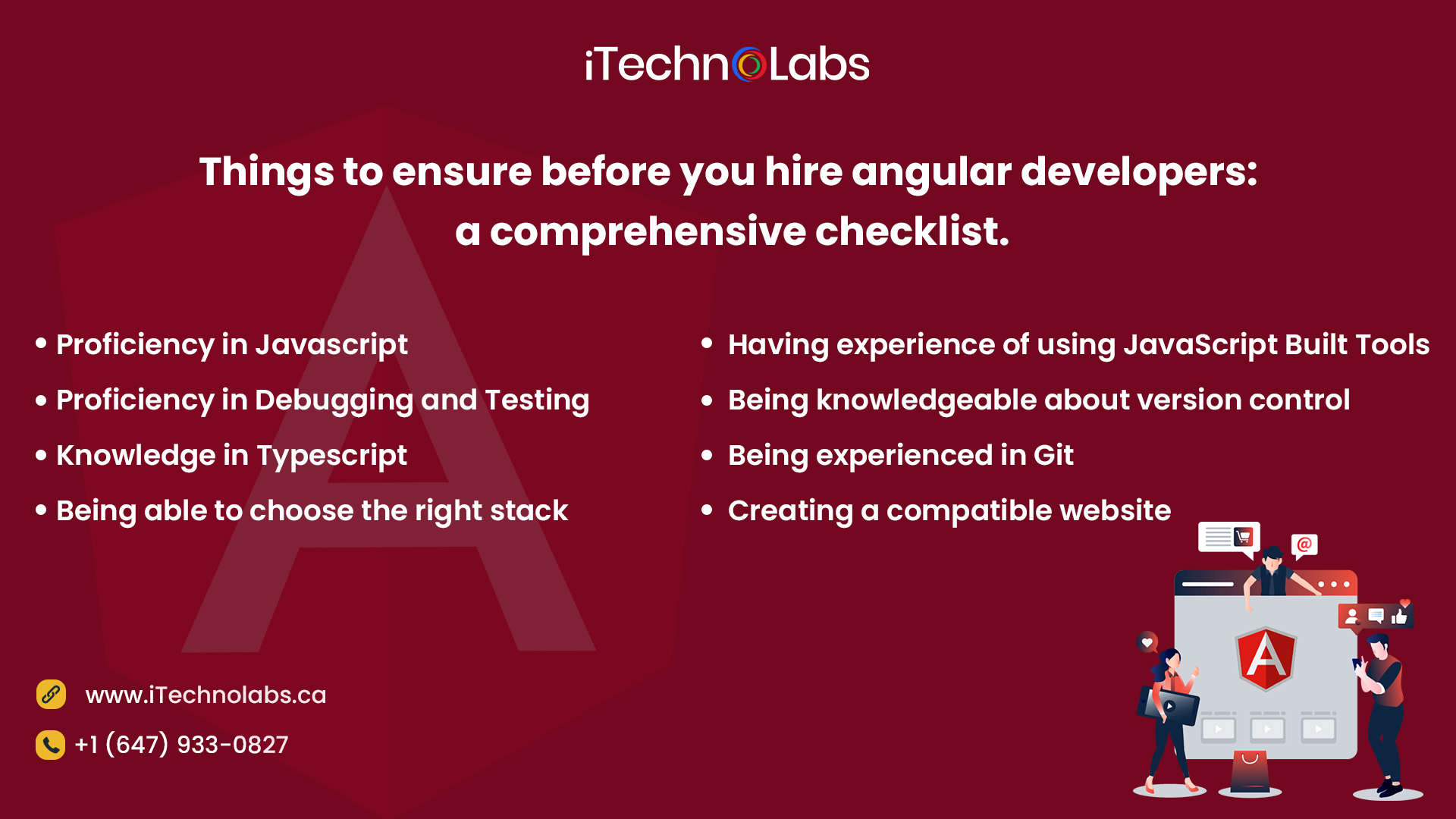 Deciding to build the front end of your website with Angular can massively transform and increase your company’s revenues, but only if you hire an experienced and knowledgeable developer to build your website.

Consider whether the developer can skillfully integrate Angular with other technologies if he can keep the coding to a minimum and save resources, and if he has previous experience of working on similar projects.

Hiring a professional Angular developer can cost you anywhere between $10 and $150+ per hour. Obviously, these rates will vary based on the experience and skill set of the person you are hiring, the services he is providing, and your location.

An angular developer in Canada can easily charge up to $10,000 per month. There are some benefits of hiring a full-time angular developer. They will always be available and willing to work with your team. They will also be quick in incorporating feedback. Simply said, they will be more cooperative.

But hiring a full-time angular developer might not be the best option for new startups and businesses. Hiring someone full-time means you have to do a lot of legal work, give that person office space, and pay taxes. These additional expenses might burden a newly-formed startup, which brings us to the next option: hiring freelancers.

Outsourcing your developer might be the best option for your business. Firstly, it is mostly on the affordable side, as freelance angular developers charge somewhere around $30-80$ per hour.

Secondly, you only pay for the work you receive. Moreover, with time, you might eventually build a strong relationship with the freelancer and incorporate him into your team member. However, there are a few downsides to hiring freelance developers as well.

The freelancer you are hiring might live in a completely different time zone, and this might make it difficult to communicate. Make sure to recruit people only from credible platforms.

Lastly, you can hire frontend development company that build websites based on angular development. When you hire a company, you usually have multiple developers working on your project. This is a huge advantage, as this will pinpoint bugs and fix them easily when a group of professionals are examining your website.

But the downsides are similar to hiring a professional. Hiring a company can be expensive.

Do you want to Hire AngularJs Developer for Your Organization ? 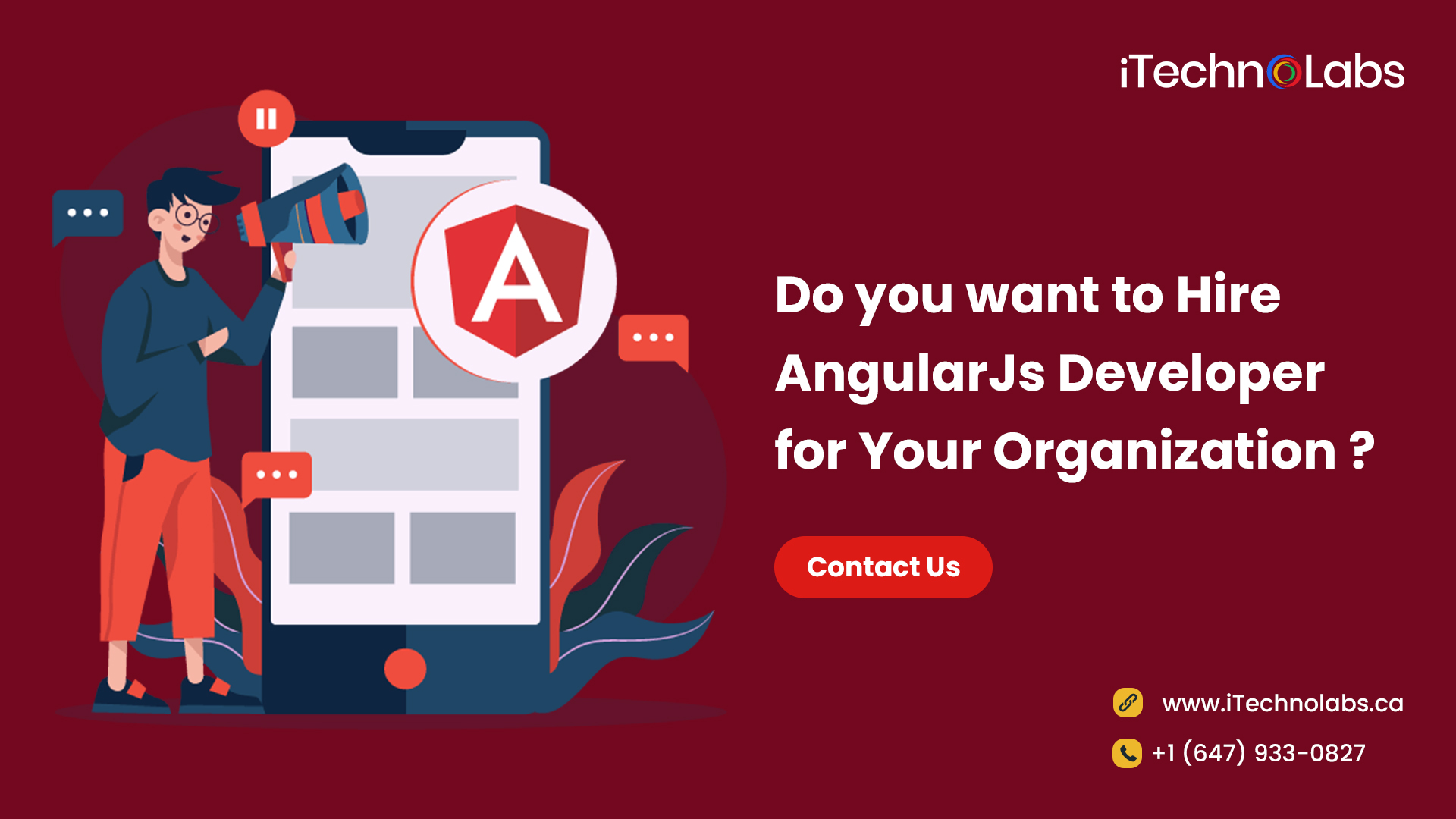 Angular is a versatile platform that has fast gained popularity among both large companies as well as new startups. To tap into that platform’s immense potential, you need to hire angularjs developers who could help you develop a website based on this platform.