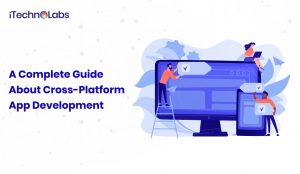 The story of building mobile applications took many swift turns in 2020 from how it stood five years ago. The mobile application market reached a whopping 106 billion USD in 2018 and has shown a steady compound annual growth of 18.4 percent ever since. With the advent of IoT (Internet of things), enterprise mobility, and eCommerce, mobile applications have acquired an entirely new role. Companies are turning to app developers to develop a tool for distributing their content, managing smart devices, assisting their clients in faster transaction execution processing, and having on-the-fly access to their corporate data.

The mobile market stands today with more than 74% share of Android apps, approximately 24% share of iOS, and KaiOS coming third with 0.35% share. The erstwhile famous mobile operating systems like Blackberry, Windows, Symbian, etc., have all gone into oblivion. It is the time of Cross-Platform App Development, and companies that develop cross-platform apps like a React Native App Development Company are sure to see a boom in their business.

Now the question arises if one should develop native apps or cross-platform ones. The choice between these two types of apps is no longer about developing cheap apps for iOS or Android which have slow performance or are frequently crashing.

A native app is developed using the SDK (software development kit) of a specific mobile operating system (for example, iOS or Android). Native apps are developed taking into account all the device configurations like its hardware memory, sensors, cameras, and various other programs. The advantages of a native app include high performance, seamless user experience, and robust functionality.

A cross-platform mobile app can run on any device and platform like your smartwatch, tablet, smartphone, connected TV, and PC. With cross-platform development, you gain a shorter time to market, around 70 to 90% reusable code, a broader reach, and easy updates and maintenance of apps. For these reasons, many businesses are turning to react native app  to build their cross-platform apps.

Let us delve into the nitty-gritty of cross-platform apps and their benefits.

Apps that are built using the cross-platform can reuse the same code to run on different operating systems, and no separate coding is required for each platform.

Having said that, the debate about which is a better method for developing apps (Native or cross-platform) has been an ongoing one.

Native apps are developed with the specific platform they will be installed on, like iOS or Android. The language chosen to create these apps is compatible with the operating system. For instance, Apple prefers Swift and Objective C for iOS, while Google apps are primarily developed in Java. Using platform-specific languages, developers can better use the natural features of that particular platform. So an app that is designed for Google will not work as expected in Apple devices.

Cross-platform apps can work on multiple platforms, and since Google and Apple dominate the mobile apps world, most cross-platform apps are developed for these two platforms. These apps use standard web technologies which are platform-independent, like HTML and CSS.

Let us see where each of these stand so that you can choose the ones that suit you when you wish to develop an app for your business.

The Many Reasons for Developing Cross-Platform Applications

Amongst its many advantages, the key benefits which make cross-platform apps a winner are:

• Development time is much shorter – If you select the right technical stack like hire React Native app Developers from a React Native App Development Company, you can reuse up to 80% of the original code, both for UI and backend logic on multiple platforms. This way, companies need to spend much less time fixing backend issues (takes just 10 to 20% of total project time) and can launch apps much faster.
• Exposure to a broader customer base – Most cross platform apps work on Android, iOS, and other systems like Windows, Linux, and macOS. They also support smartwatches and other connected home appliances. This way, you can maximize the reach of your app with a single code base.
• Synchronization of updates – In today’s digital world, mobile apps get updated very frequently (an average of four updates in a month). Maintaining such apps can cost a massive amount of revenue, and that is where cross-platform apps come out as a clear winner.
• Upfront costs are reduced – One cannot earn a single penny from an app until it is released; hence, it is vital to reduce the upfront costs to minimize risks. Cross-platform apps are built on the principle of “writing once and running everywhere,” which drastically reduces the cost to develop an initial version to try it out in the market.
• Easy development and deployment process – You can build feature-rich cross-platform apps with just 20 to 50 percent development effort. Since a single developed app is being used on multiple platforms, it is remarkably easy to deploy and maintain these apps.
• Easier market analysis – All product companies must gather data, measure success, and garner customer feedback early on in their process to take adequate measures to ensure the success of their app. With cross-platform apps, such adjustments can be made much earlier and quicker, which gives companies the right information at the right time to head in the right direction and secure the place they desire in the market.
• Developers paradise – With faster development speed, prototyping, and easy maintenance, developers are saved from the drudgery of repetitive and recurring tasks. As only a single codebase is required across platforms and other plugin components increase development speed making prototyping faster and reducing time. Since developers need to focus on just one codebase, bug fixes and deployment are much more manageable.
• Smooth cloud integration – Due to being compatible with different kinds of mobile devices, integrating various plugins with the cloud is seamless. The app’s functionality and scalability can be achieved swiftly as it is easy to coordinate multiple plugins with a single source code.
• Uniformity in app design – The UI and UX have a consistent look and feel with cross-platform apps since the process is highly streamlined when there is the same codebase on multiple platforms. This enhances users’ experience since users can foresee how the app would interact across platforms. Some of the Best Cross-Platform App Development Frameworks

Just five years back, companies for whom mobile apps were pivotal for business development had no other choice but to build native apps. Now that we have many mature frameworks for cross-platform apps, businesses are turning to a app development company to construct mission-critical apps which are also native-like.

Here is a list of some of the best Cross-Platform App Development frameworks:

• React Native – React native is hands down the best tool for developing cross-platform mobile apps; hence you are sure to see a surge of clients if you are a app Development Company. Launched by Facebook in 2015, react-native has caused a steep rise in the hybrid frameworks market. React native uses Java to build native applications. Its most robust feature is writing modules in many different languages like Java, Swift, and C with this framework.

Few other cool features of this tool include its ability to edit images and video processing capability, which is not found in other API frameworks. React native has support from a large audience and is getting constantly improved, which gives you all the more reasons to hire react native app developers. If you want to develop apps for both iOS and Android, then respond native speakers are the best choice for development. Some of the apps made using React Native are Facebook, Instagram, Skype, Pinterest, and Myntra.
• Xamarin – Xamarin apps are built using MS Visual Studio .Net code, and they work on iOS, Android, Windows, etc. Xamarin apps have the look and feel of native apps, and you can also give them a platform-specific hardware boost to operate as efficiently as native apps. You can use the same Xamarin code on both Mac and PC systems, and the framework offers many tools to developers like UI design tools, debugging, code editing, etc. Xamarin has taken the world by storm in its seven-plus years, with more than 1.6 million developers spread across 120 countries. Companies that have used Xamarin for their app development include The World Bank, Alaska Airlines, MRW mobiles, etc.
• Flutter – Flutter is a free and open-source platform for creating high-performance apps on various platforms like iOS, Android, Web, desktop, etc. The flutter SDK was developed and released by Google in 2017. Java developers can quickly work with the flutter framework as it uses the Dart programming language, which is similar to Java in syntax and uses object-oriented notions. Alibaba, Google Ads are some of the famous apps that have used flutter for cross-platform app development. Flutter has also been rated as one of the top 3 platforms in a recent survey. One of the most notable features of this framework is its widget, which helps enhance the look of the app with features like scrolling, fonts, navigation, icons, etc., that provide full native-like performance. According to the recent study by developers, flutter Mobile App development framework is better than Ionic .
• Ionic – If you are looking for a powerful SDK for developing apps with a native feel, Ionic is the one for you. Ionic uses advanced technologies like HTML, Javascript, and CSS, and its main focus is on the UI and looks of the app. With a single ionic codebase, you can develop apps that will work on iOS, Android, web, and desktop. Developers would find it extremely easy to work on this framework as it uses many APIs which are best suited for PWA (Progressive Web App) like TypeScript, JSX, Virtual DOM, and async. Nationwide, MarketWatch, MacDonald’s, and Pacifica are some of the companies that have used the Ionic framework for their app development.

In today’s digital era’s challenging and competitive market, businesses must look at developing cross-platform apps for faster time to market and reduced cost. One of the pioneers of cross-platform frameworks in React Native is looking to hire react native developers from an experienced React Native App Development Company to develop high-performing apps that can be finished in much less development time. 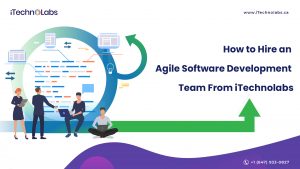 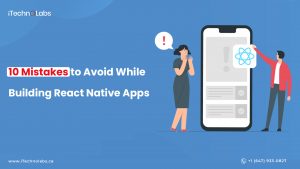 In a world inundated with mobile phones, tablets, and wearables, the significance of mobile 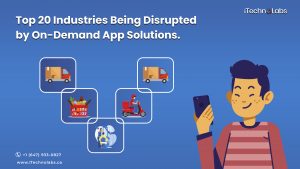 You have the world at your disposal with the tap of a button, does 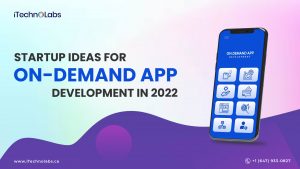 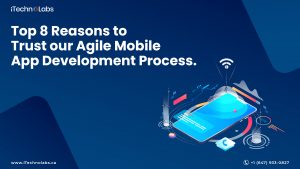 The scope of application development has accelerated by leaps and bounds in recent years. 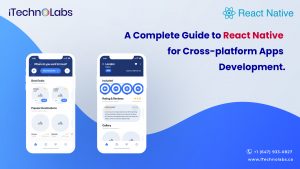 Additionally, the market is being fueled by the continued expansion of enterprise apps, the 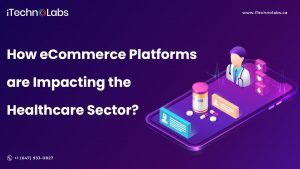 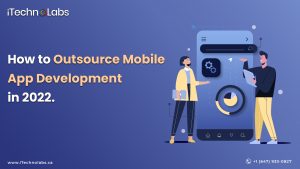 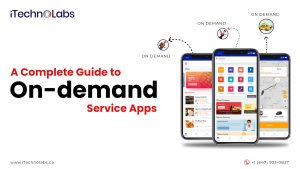 Creating on-demand service applications is not easy, but using them should be. Most importantly,

Now we are engaged for some time, let’s get connected
[contact-form-7 id=”542″ title=”home page contact”]