A Complete Guide on Hiring Web Developers and Cost

A Complete Guide on Hiring Web Developers and Cost 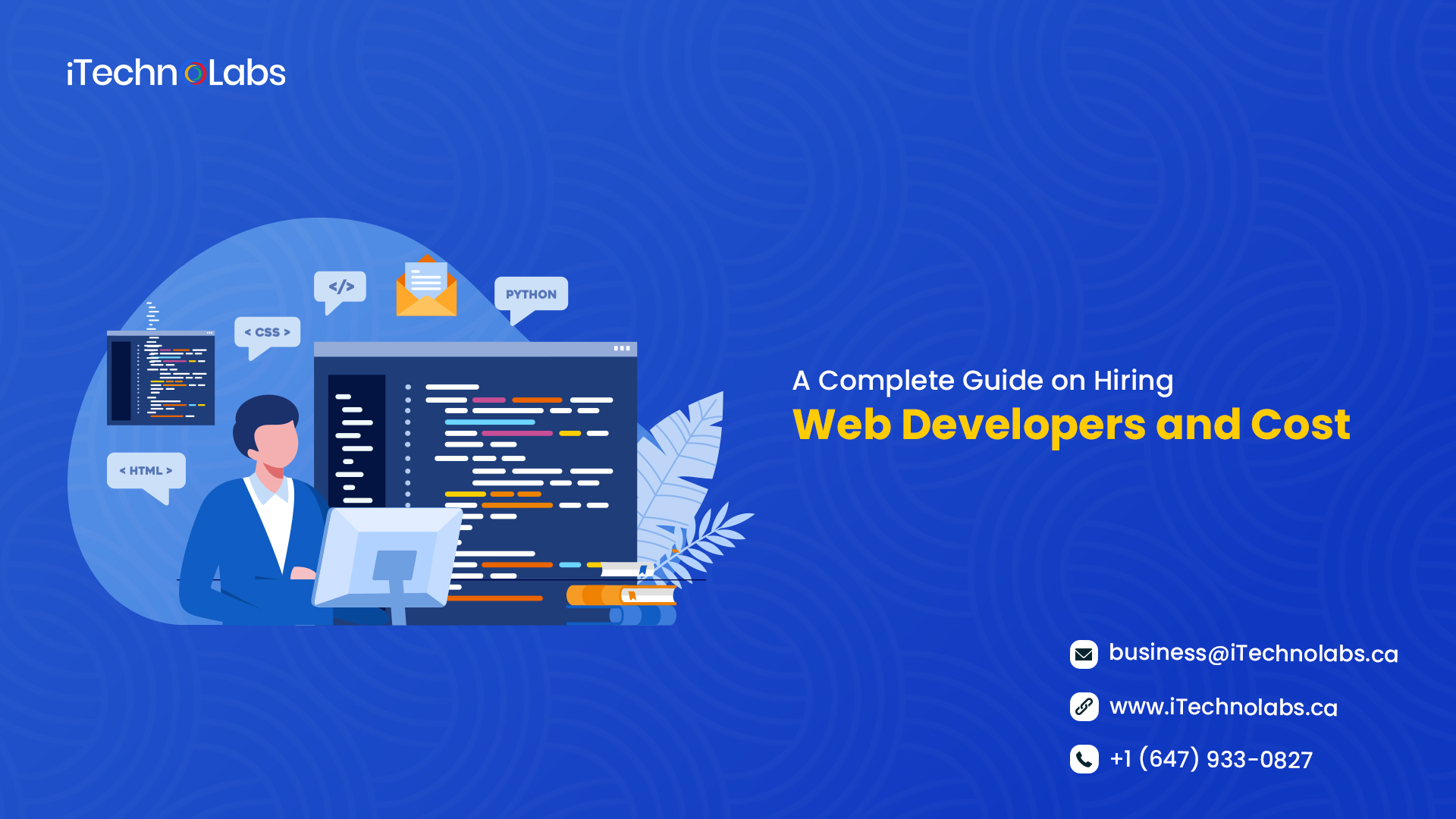 Making a website takes a lot of planning and hiring developers and designers to put that plan into action. And if you don’t know the technical details of how to build a website, it’s even harder. Having a website is one of the most important things to do these days because it lets you reach a lot of people, even all over the world, with your business. If you want a website that stands out and gets more and more visitors, you need to hire web developers from a top website development company.

They are the only ones who know everything there is to know about building a website.

But it can be hard to find and hire web developers because there are so many web development companies out there, but very few of them do what they say they will do. Today’s blog post is all about what you need to know about Hiring Web Developers and the Cost associated with them. Let’s Dig into Detail! 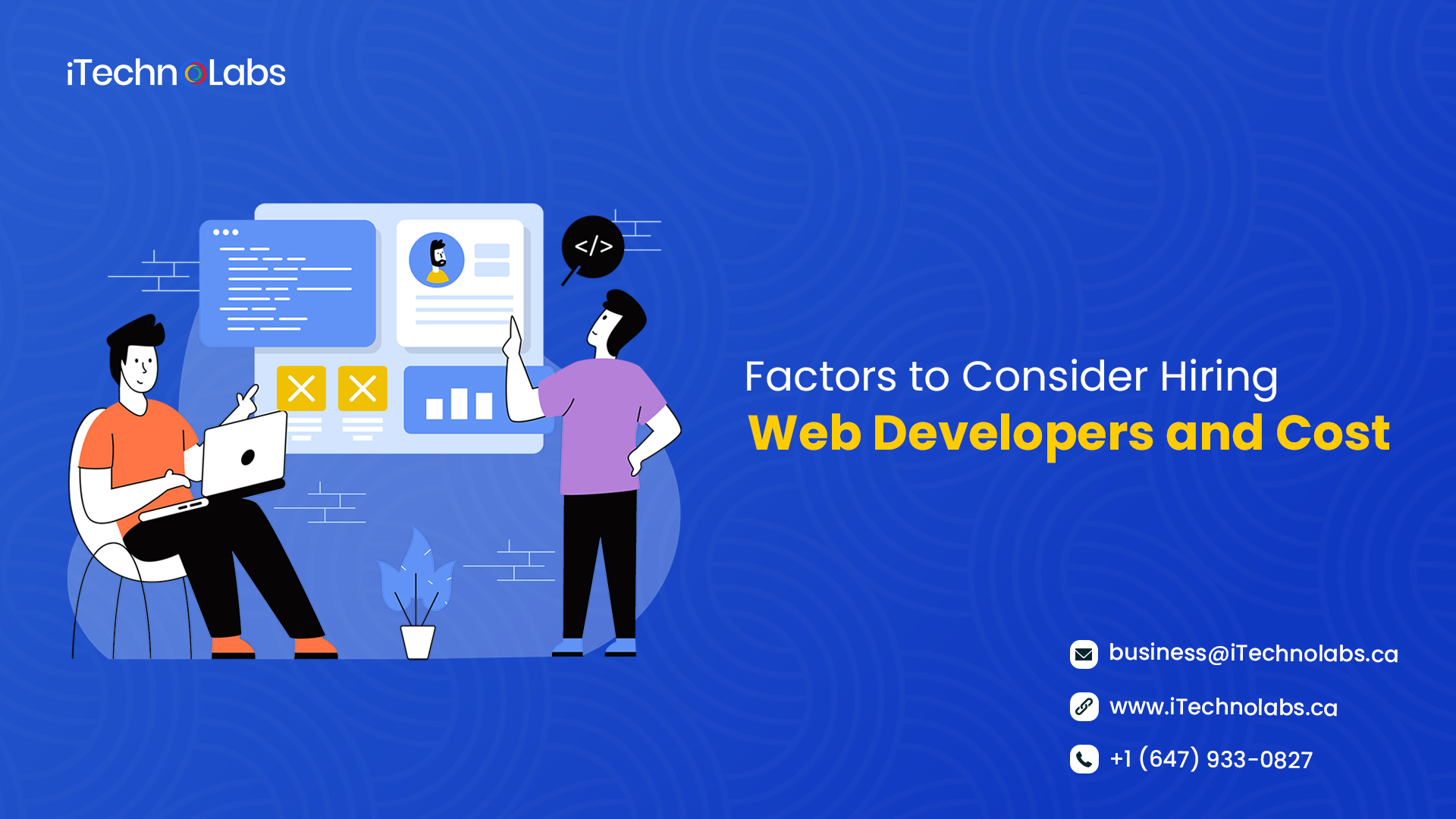 If the web developers don’t know what the project is about, it will be hard for them to build it.

First, you need to understand how hard the web project will be. You need to give the developers details about your web development project and based on which the cost is decided at the end.

We can divide the people who build websites into three main groups. There are front-end, back-end, and full-stack developers. Let’s look at each group in more depth.

The front end is the part of your web app that people will see. The front-end developers will take care of how your web app looks and feels.

The part of a web application that works behind the scenes is called the back end. Back-end developers care more about technical things, such as how fast and well the website or web app works.

Communication is an important soft skill that will help you and your development team always agree on what the project needs. For a web project to go well, the designers, developers, team leaders, QA analysts, project managers, business analysts, and other team members need to work closely together. You need to hire web developers that have good soft skills. This is because they can give constructive feedback, share ideas, and suggest ways to make the project better. 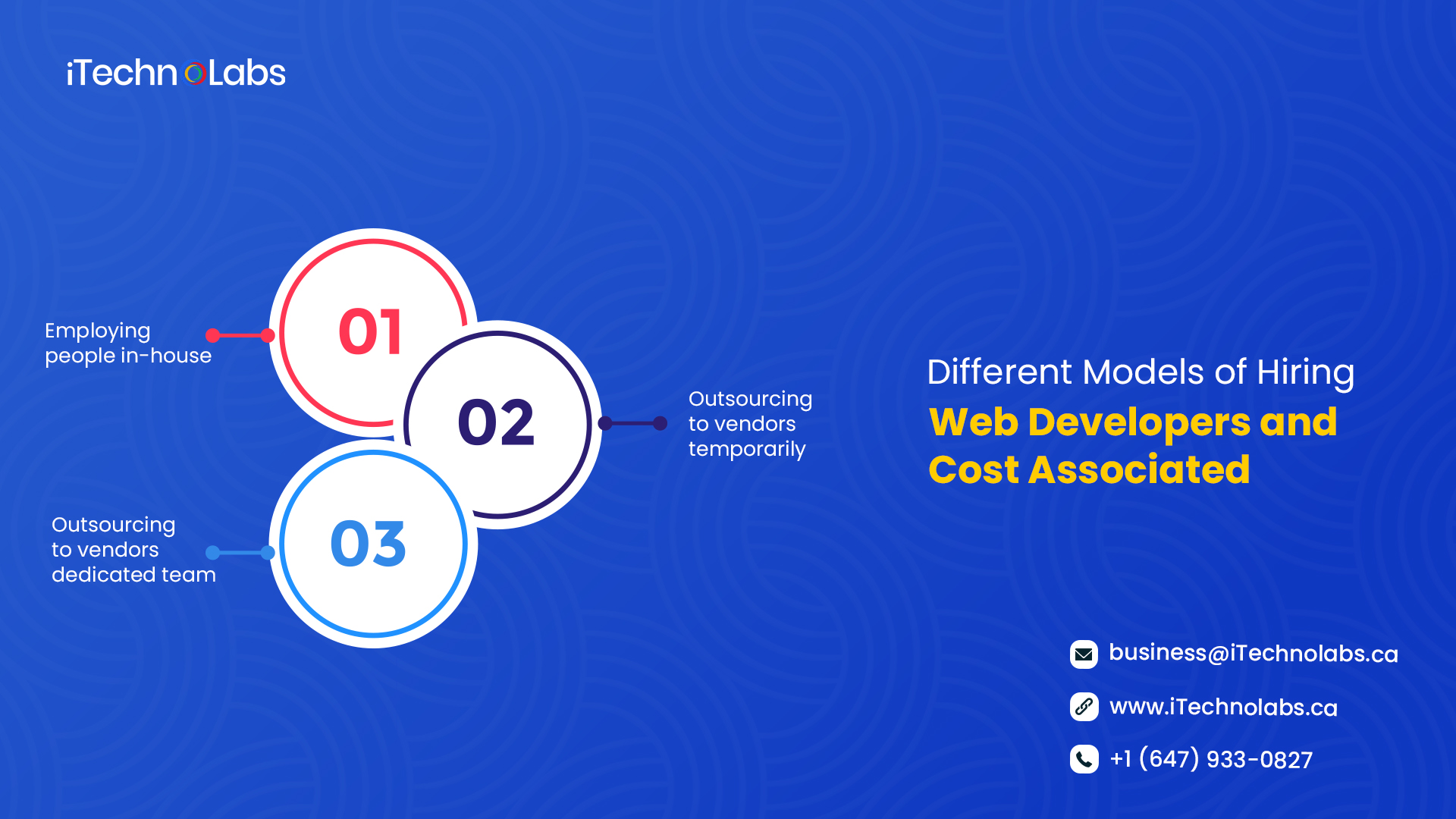 When hiring a web developer, the first step is to decide which hiring model to use: in-house, team augmentation, or a dedicated team. Let’s have a closer look at each in detail!

You hire each web developer legally and give them a safe, comfortable place to work with all the hardware and software they need. You also make a KPI system to keep track of how your employees are doing. Employment and the legal paperwork that goes along with it are your company’s responsibility. Management is your project manager or team leader. Payment is the salaries of the developers, which include taxes and sick leave.

Best for: Web development agencies or large companies with IT departments that have a steady flow of web projects.

You rent a developer or developers for a short time from a company with a large pool of experienced web talent. The contractors join your team and work on your project for as long as you want or need them to. Employment and legal paperwork related to it are the responsibility of the vendor. Management is your project manager or team leader. Payment is T&M (based on how much developers charge per hour).

Best for: Web development teams that need to finish a project quickly or don’t have the right skills.

For your project, you hire a self-managed web development team from a vendor. You don’t have to do anything to make progress, so you can choose how much control you want to have.

Employment and legal paperwork related to it are the responsibility of the vendor. Payment is T&M (based on how much developers charge per hour).

Best for: Any business that needs to build a website or has a web development team in-house that is already too busy to take on another project.

If you’re still not sure which model is best for you, you can read ScienceSoft’s list of the pros and cons of both in-house and outsourcing. 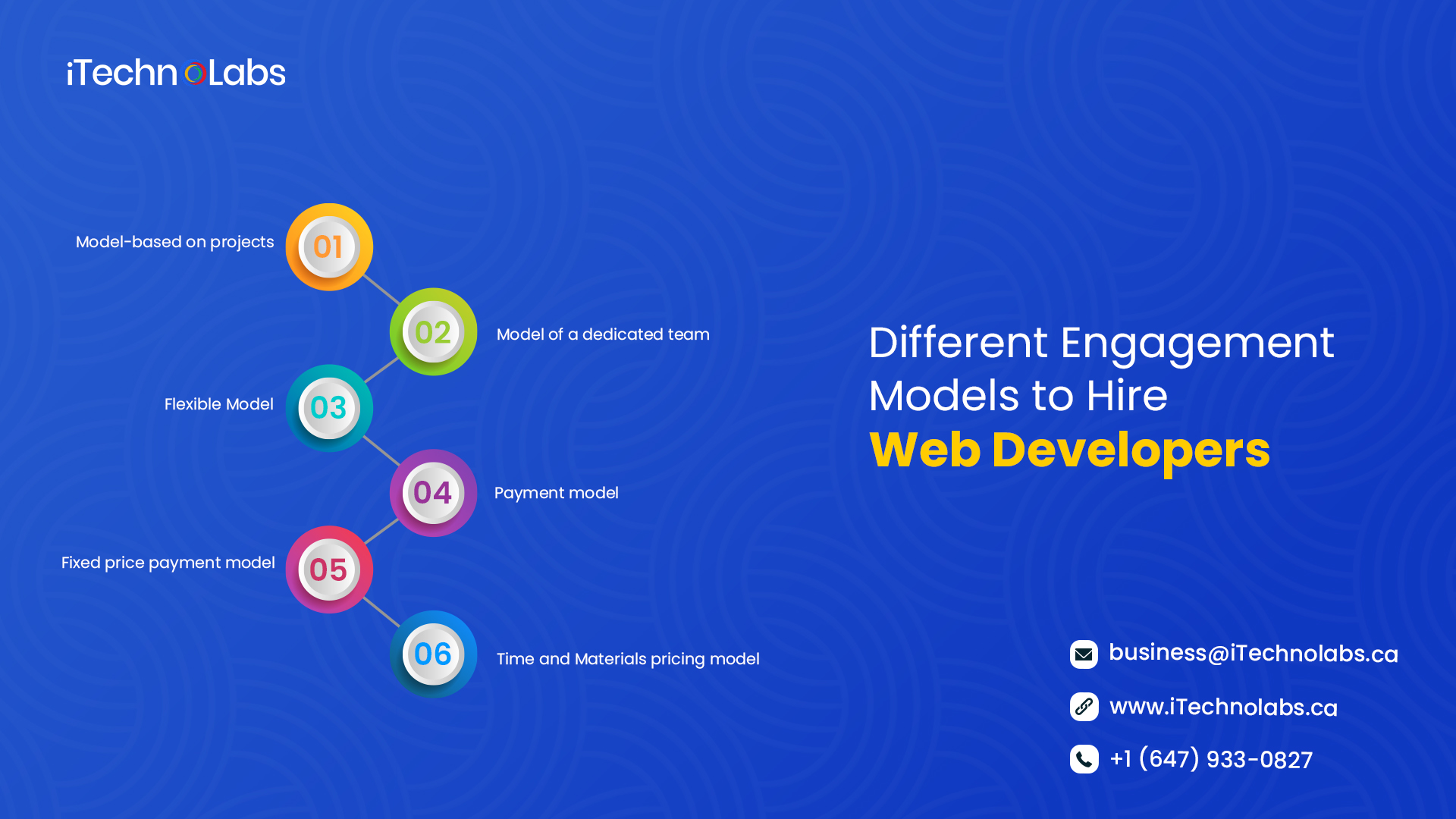 You can choose the best engagement model for your web development project based on how big and complicated it is. Here are some of the most common types of engagement models on the market right now.

02. Model of a dedicated team

For the dedicated team and extended team models, you will need to pay the team of web developers the same salary as you pay your in-house developers. But if you want to work on a project, you can choose from the following pricing models.

What Does it Cost to Hire Web Developers? 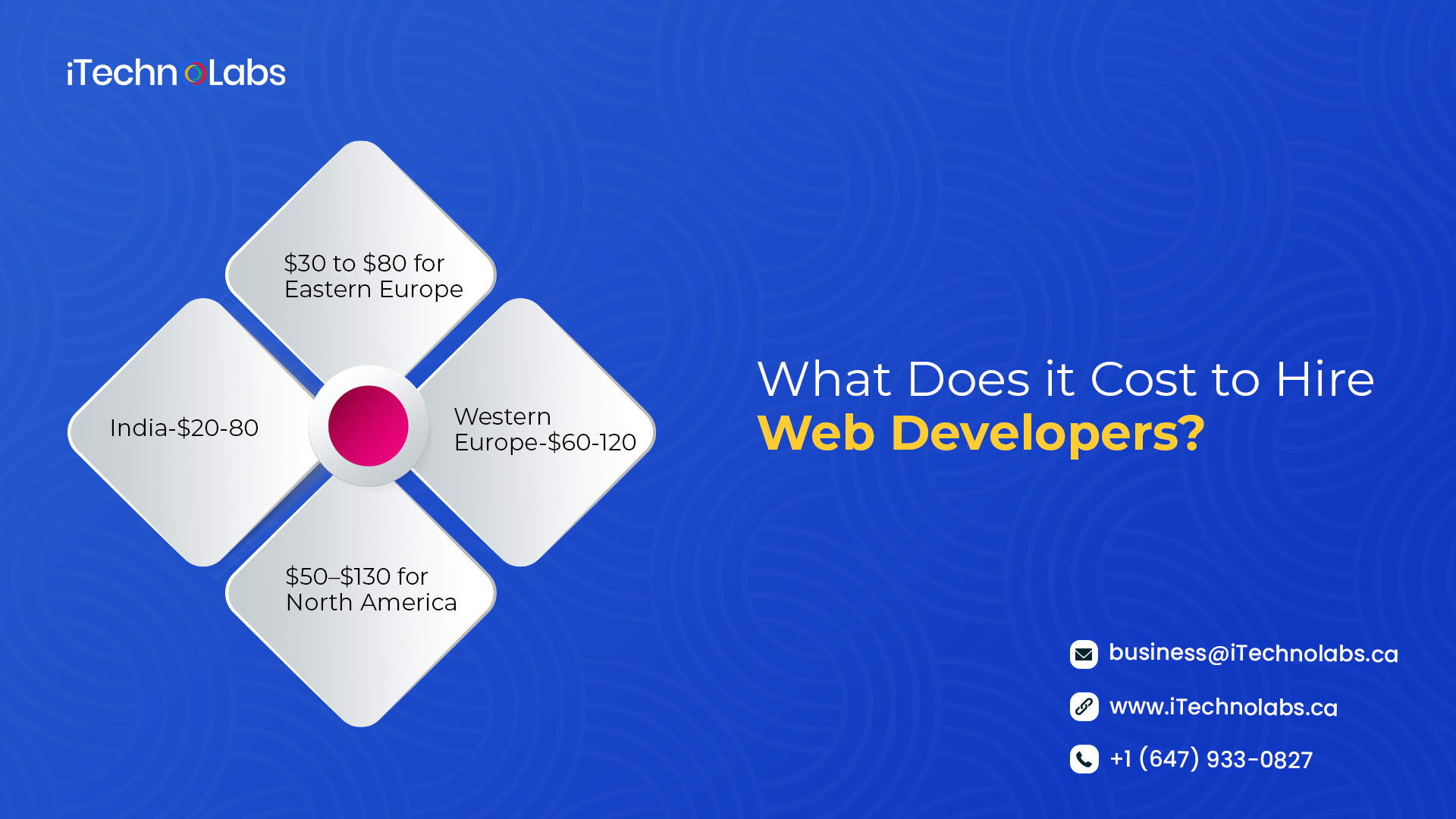 How much it costs to make a web application depends on how complicated it is and where the people who make it live. For example, if you want to build a complicated app with a lot of third-party integrations, you will have to pay more than if you want to build simple web apps with few third-party integrations. The average hourly rates in different places to hire dedicated web developers for some countries are as follows:

Are You Looking for Cost Analysis Before Hiring Web Developers? 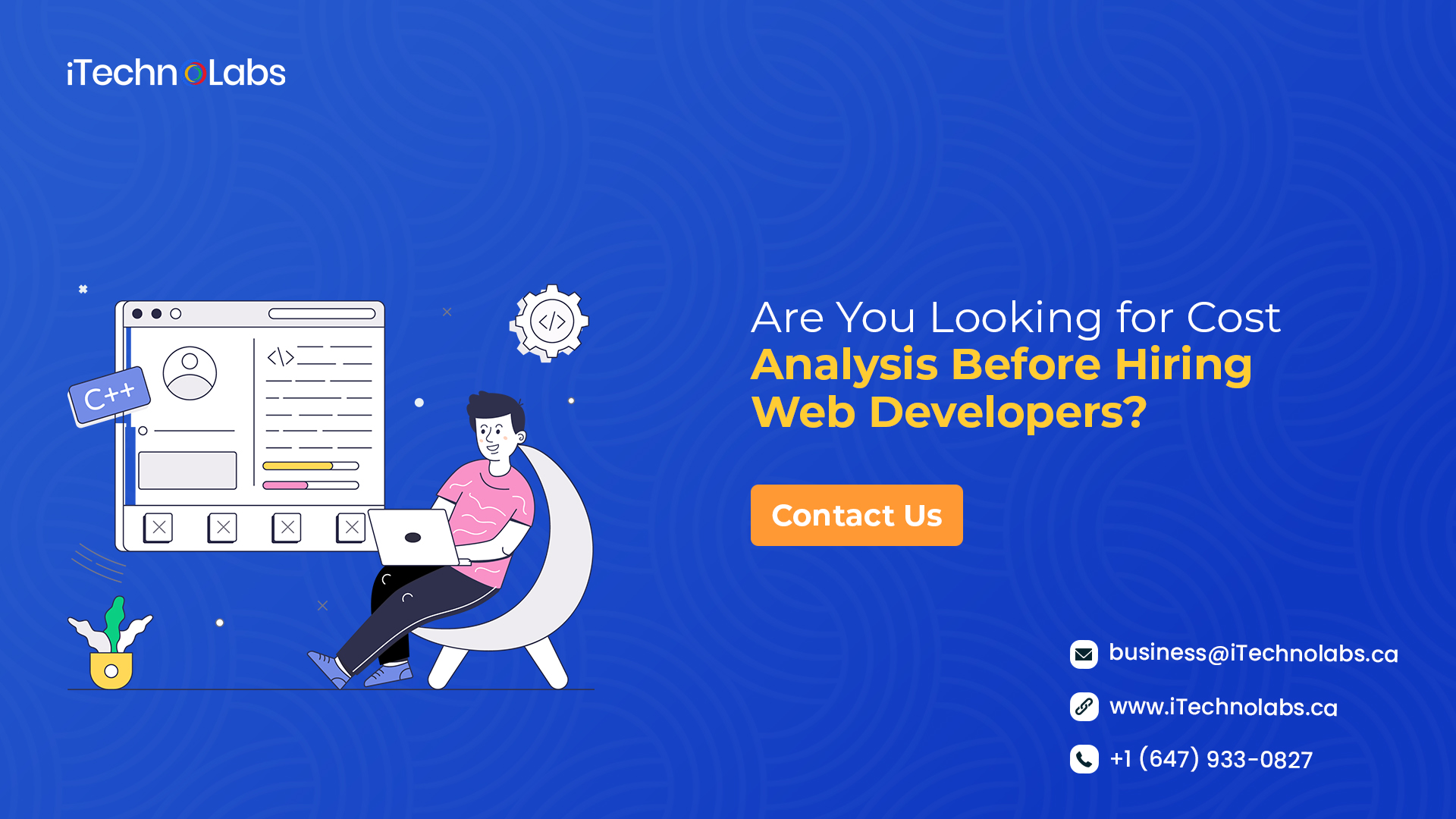 To hire a good developer, you need to know what you need and what the web developer for hire price will be. The rates depend on the tech stack, the development model, and the expertise of the developers.

It’s better to make sure that the web development company you choose has a good reputation and that the developer has the right skills and stack. And iTechnolabs is here for the same.

We have a lot of experience and testimonials that show how good our work is. Our developers work hard and know how to use many different technologies. Connect us for the best help.