MongoDB vs Firebase: Which Database To Use For Your Mobile App Development

MongoDB vs Firebase: Which Database To Use For Your Mobile App Development 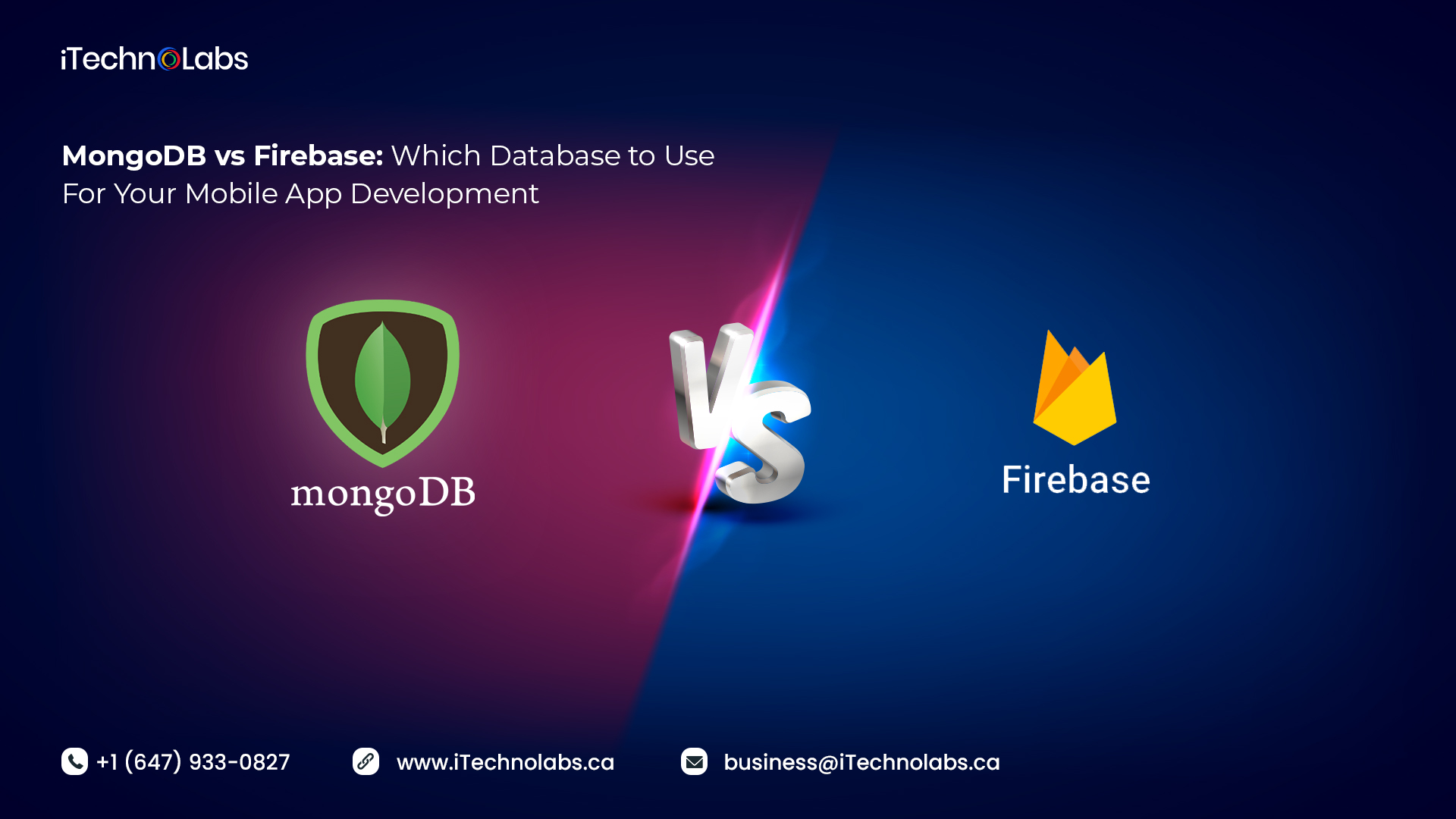 When starting a new firm, selecting the appropriate technology to meet the organization’s requirements is one of the most difficult tasks. Every firm’s goal is to convert millions of people who use your app into paying clients. To accomplish this objective, deciding to develop an application for either Android or iOS or maybe even for both platforms is an important decision. In the process of backend development services, if you make a mistake in selecting the appropriate database, it might wind up costing you a significant amount of money.

The apps demand the use of a trustworthy database in order to support the power of their cloud storage. The proper selection of a database can be achieved by first examining its technical usage and then selecting the option that is most suitable for the product. In order to determine which of these two databases is superior, we will carry out a detailed analysis of their respective technological aspects and pit MongoDB vs Firebase against one another.

MongoDB vs Firebase: Detailed Comparison Based on Features, Pros, and Cons 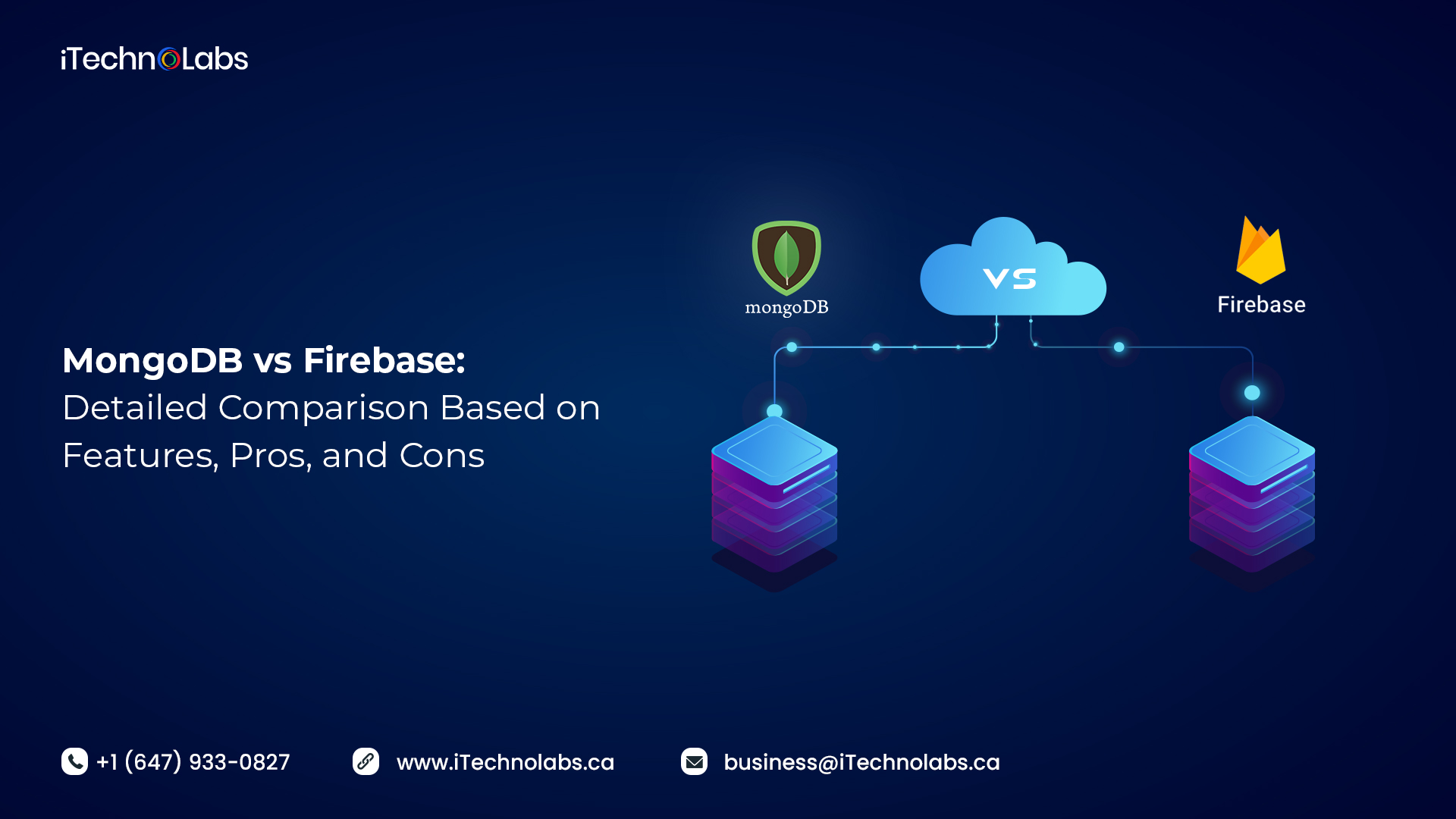 The company that manages MongoDB is called MongoDB Inc. MongoDB is an example of an open-source database that allows the freedom to handle indexing and queries in a manner that is appropriate for the database. NoSQL is an example of a non-relational database. It is extensively used and well-respected for the purpose of powering a diverse range of application areas, which is one reason for its popularity. Due to the fact that MongoDB’s primary value is in the storing of data, the platform does not provide users with a comprehensive ecosystem in the same way that Firebase does. It provides such useful features that it captivates the imagination of the developer to make outstanding use of its characteristics.

It operates in real-time and is responsible for providing connection in the background. It functions as an environment for the creation of mobile and online applications, respectively. It satisfies all of the requirements for cross-platform apps and also offers backend services for mobile app development companies in India. Cloud Firestore is used to record each and every alteration that is performed to the database.

MongoDB vs Firebase: The Key Differences Between Two 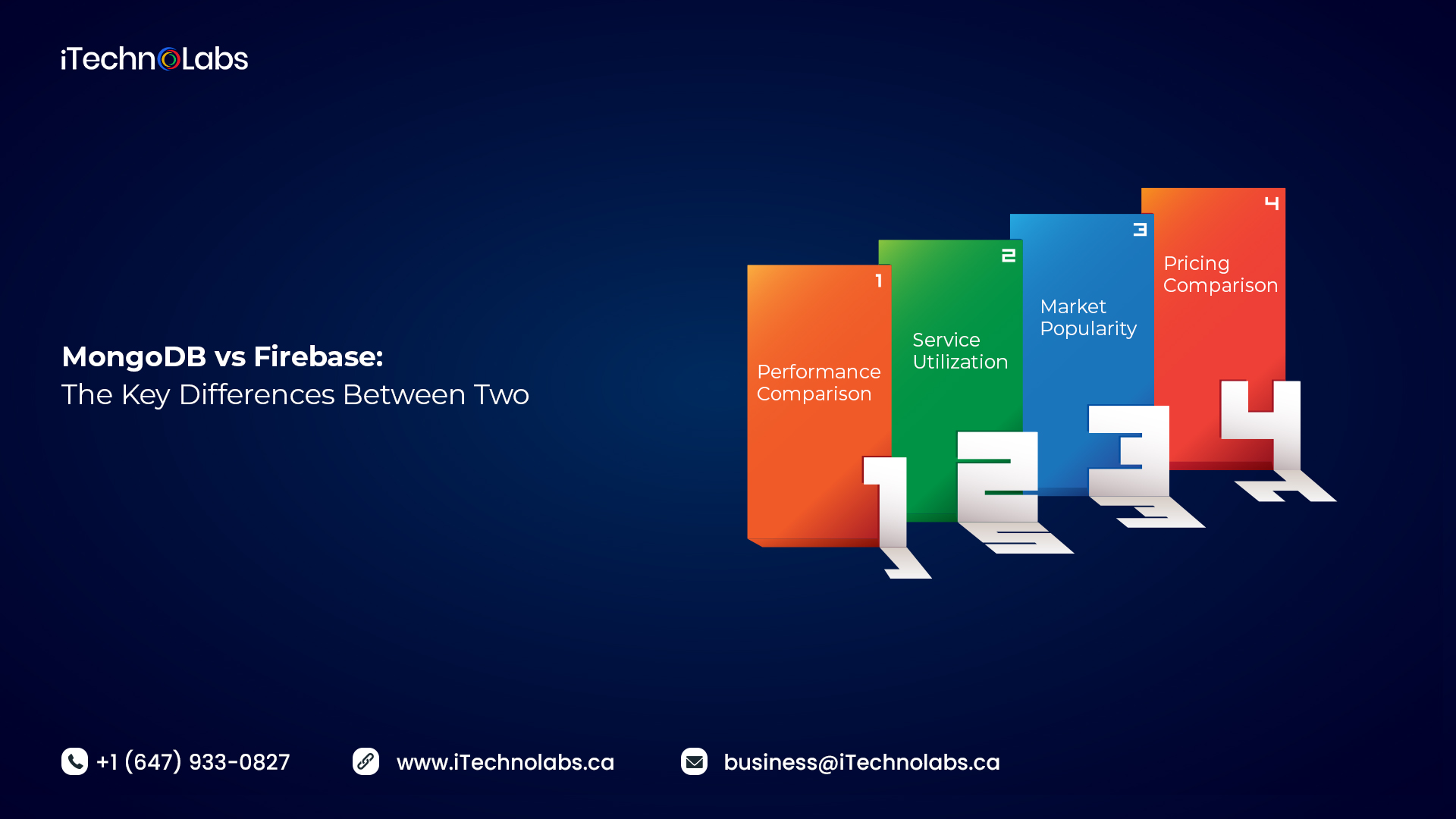 Both Firebase and MongoDB are built to grow, and it’s tough not to conclude that MongoDB wins out in terms of pure performance due to MongoDB’s customizability and the range of Atlas efficiency categories. Third-party reviews believe MongoDB beats Firebase; nonetheless, this relies on your specific issue space and usage habits. MongoDB is quicker than relational database systems because it was designed to support fast-moving data pipelines and online transaction processing.

The way the service is utilized differs between Firebase and MongoDB. The Firebase may be used by anybody, anywhere, and anonymously. Firebase data may be accessible by any device. However, MongoDB data can only be accessed by authorized users. Furthermore, because the MongoDB database is more secure than Firebase, proper identification is required.

The Google Firebase versus MongoDB comparison reveals Firebase and MongoDB’s market dominance. According to the query graph, there are an average of 70 requests for MongoDB and 42 searches for Firebase. According to Stack Overflow Trends, Firebase has had a substantial increase, whilst MongoDB has experienced a more gradual increase. However, they are now on the same level.

In comparison to MongoDB’s price, Firebase allows you to pay as you go with a variety of pricing alternatives. However, in terms of Firebase versus MongoDB cost, the latter’s premium edition provides a fully-managed solution that does not require a dedicated server (using MongoDB servers).

MongoDB vs Firebase: When Should You Use Which Database?

MongoDB vs. Firebase: Where Should You Not Use?

Are You Still Confused to Choose MongoDB vs Firebase For Your Mobile App Development? 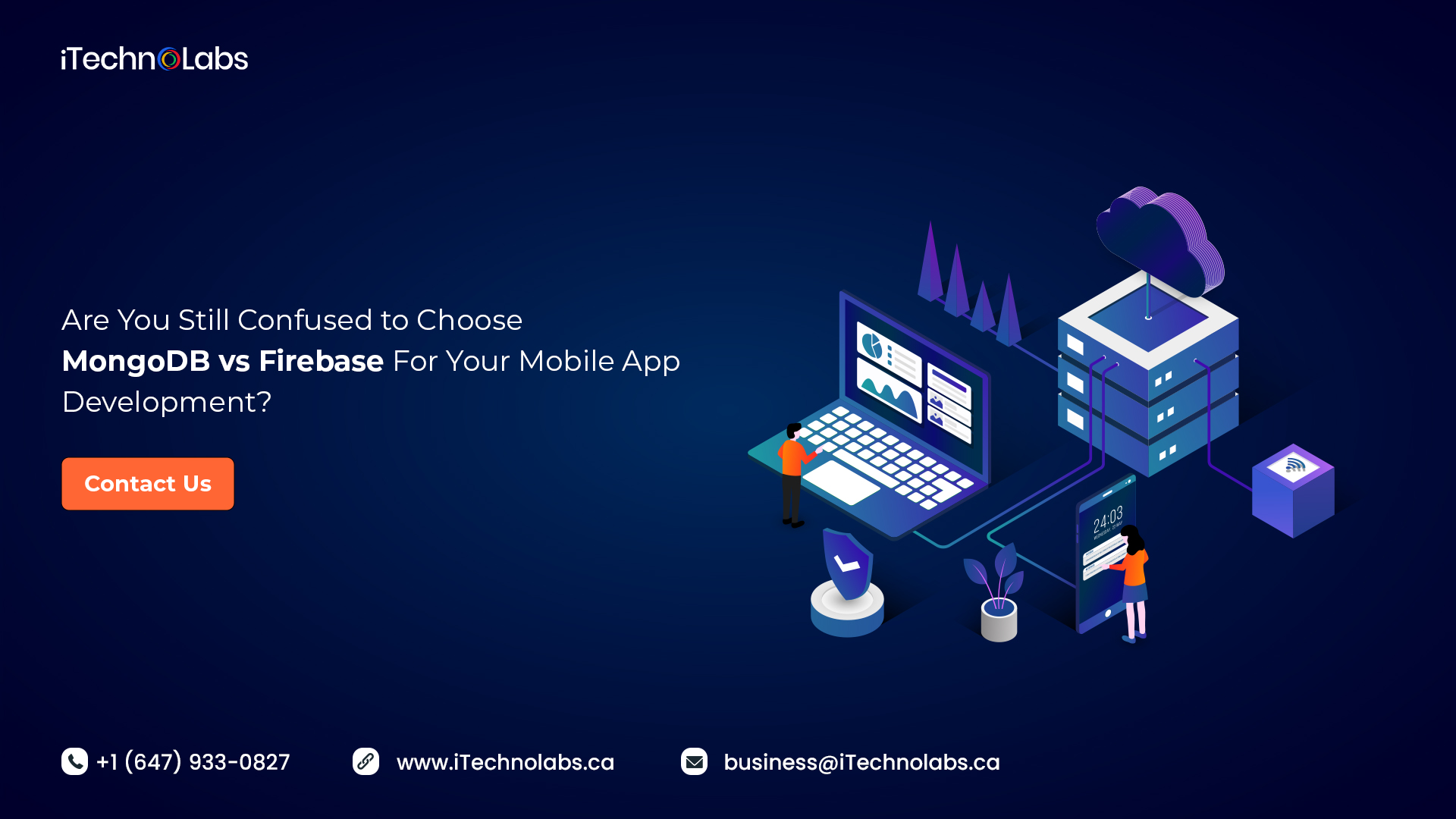 If you’re wondering if MongoDB vs Firebase is superior, each is unique in its own right, with its own set of benefits and drawbacks. It will be determined by the needs of the firms, and you will have the last say. Before making a final decision, you must weigh all of the advantages and downsides. You can engage with iTechnolabs to assist you in selecting the best alternative. They are the best mobile, web, and software development companies to offer seamless services to their customers. Refer website for more details!