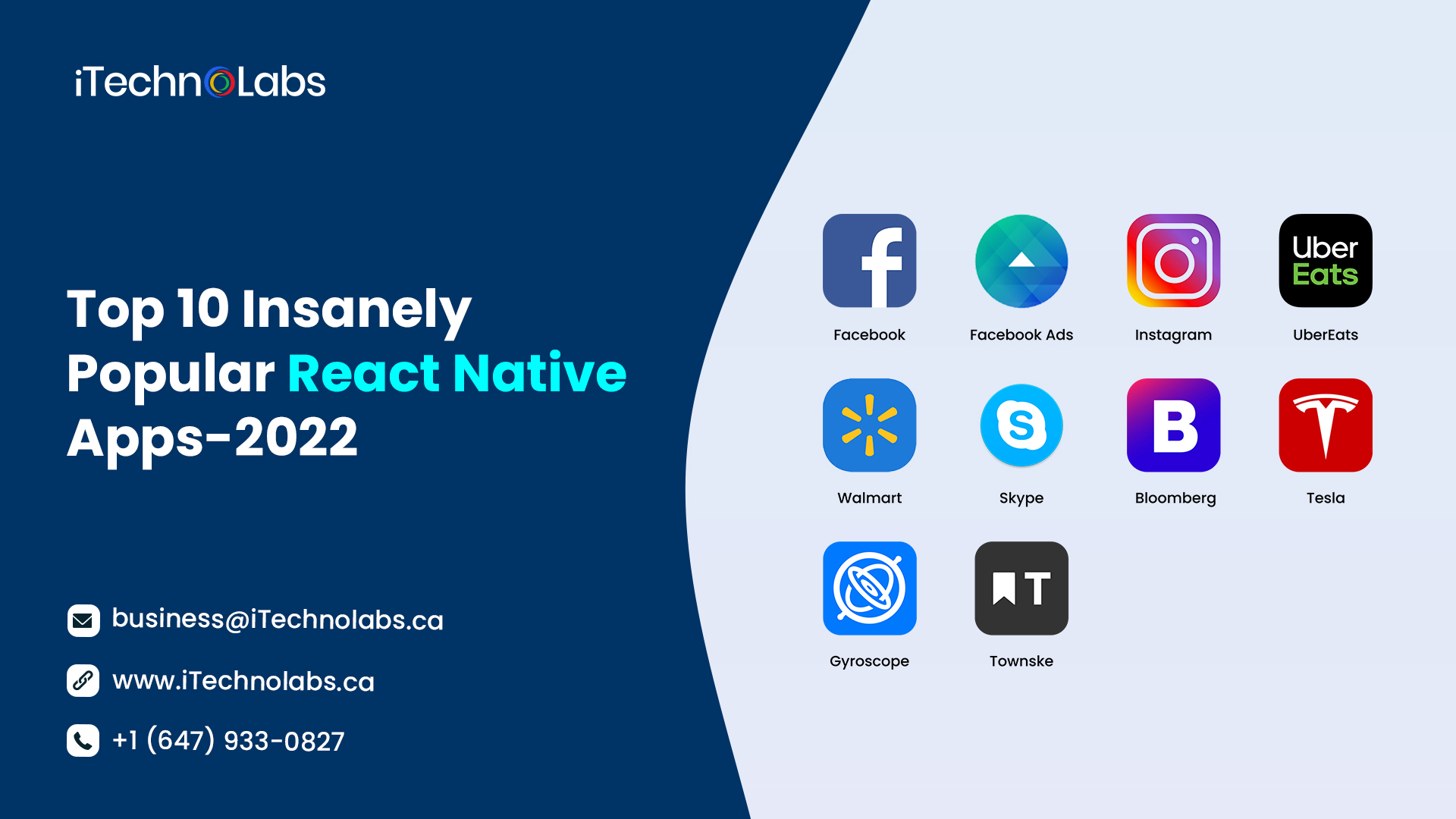 In today’s world, it is very difficult to even think about creating applications without React Native. World-famous giants have already come to trust React Native as a technology. A JavaScript framework called React Native is used to build real native apps for the iOS and Android operating systems. It was designed using Facebook’s React JavaScript technology, which enables the building of native mobile apps on the platform.

Due to its nearly native performance, React Native attracted a lot of attention and quickly became a popular framework for the building of Android and iOS applications. The fact that it is currently the fourteenth most marked source on Github shows just how well-liked React Native is among mobile developers all over the world.

Facebook created React Native, which debuted in 2015 and has only continued to expand since that day. We appreciate React Native in part because it is fully accessible, cross-platform, and simple to learn. Additionally, it offers a native interface, reduces production time, and enables the implementation of the project.

In order to demonstrate the marvels that can be produced or updated using this technology, we’ll evaluate the top 10 insanely popular React Native apps in 2022.

The most widespread social networking app nowadays is Facebook, and its Android application is among the most used globally. It is one of the most popular apps of all, which has been made in React Native. Ever since 2010, Facebook has endeavoured to release a cross-platform app as the forward-thinking digital juggernaut that it is. At a time when other businesses were significantly expanding into native applications, this seemed like a novel and weird idea.

React Native was designed in this manner, and as a result, it is now utilised in the creation of both iOS and Android applications. React Native was initially designed by Facebook only for the iOS operating system. Thanks to the library’s recent addition of the Android smartphone operating system, it can now design mobile user interfaces for both systems. Furthermore, Facebook developed its own Ads Manager app with React Native that is accessible on both iOS and Android. In both versions, the same group of programmers were employed.

The Facebook app has been made available for no charge and is equivalent to the Facebook website in every aspect. The mobile application consistently offers a flawless, engaging experience, from the UI design to the functionalities.

The company’s debut entirely React Native-based cross-platform app, Facebook Ads, was the first and only React Native app available on Android. Given that a substantial piece of the core functionality was already written in JavaScript, the structure seemed to be perfect for managing a variety of complicated logic, including addressing variations in advertising platforms, time zone differences, currency markets, data file formats, currency standards, and so on. The design is straightforward to navigate and has an intuitive user experience from a design perspective. The entire experience is terrific, and Facebook urges your creative team to start using the app if they haven’t already.

Among the most widely used mobile applications worldwide is Instagram. It is one of the most used apps, and an insanely popular react native app. More than half a billion of its 1.4 billion monthly active users use the network regularly. Instagram’s developers said on their online platform that by adopting React Native, they were able to release new features to the Android and iOS apps relatively rapidly. The Instagram team began an investigation into React Native in the year 2016 in order to see if technology may assist their group’s release of updates more quickly. Today, many of Instagram’s features are powered by React Native. It goes without saying that React Native massively improved Instagram. The icing on the cake is that Instagram now boasts a startup time that is nearly immediate. Kudos to React Native.

Despite some difficulties encountered along the way, the Instagram development team significantly increased developer acceleration in an efficient way.

UberEats is one of the finest platforms to order food online at your own convenience. It was primarily founded in 2014 and has been downloaded on the Google Play store by more than 100 million users. The React library was used to create the first edition of the UberEats Restaurant Dashboard for the web. Uber did want to create iOS and Android applications, though. The business then switched to React Native technology, which enabled it to transition from the web to mobile using the same language. It makes sense since their mobile apps are built on React, which is the foundation for their web applications.

React Native was chosen by Uber because it interacted effectively with both JavaScript-based and currently-used native technologies.

Walmart has big goals and intends to dominate the internet retail landscape. With such lofty objectives, the business needs to take riskier, more daring actions to obtain an edge over its competitors.

Walmart wants to overtake Amazon as the biggest online retailer in the world. The company needed to take measured risks in order to get a strategic advantage given its lofty goals.

In 2017, Walmart first offered React Native as a substitute for their mobile technology. However, it took the company till 2019 to switch 90 per cent of the overall the native infrastructure from the Walmart Grocery App to React Native. The fact that this proportion is accurate and that the app isn’t yet ready is what makes it more intriguing. In the instance of Walmart, several native functionalities perform better than their substitutes.

Bloomberg is a well-known source of business and financial tools for analytics, news, and insights. The Bloomberg application uses React Native to carry out identical operations and accomplish the same goal. Bloomberg created its mobile app with the goal of assisting decision-makers in the financial markets more quickly and conveniently. This remarkable app was designed in about six months. Customers can expect a simplified, engaging journey with Bloomberg’s emerging customer smartphone application for both iOS and Android courtesy of easy-to-access Personalized content, videos, and live streams are offered throughout Bloomberg’s platform.

For an indefinite long period, Skype was among the most extensively used programs for video conferences. Every single day, this platform, which is owned by Microsoft, unites millions of individuals and groups globally. The company’s smartphone application is created using React Native. The company updated Skype with several innovative features while integrating nearly all of the old features. A substantial percentage of the redesigned Skype Android app was completely remodelled, from the appearance to the function.

Since its founding, the revolutionary business Tesla has been creating waves in the automobile sector. Since then, Tesla has kept innovating and enhancing its products. Establishing a reputation for yourself in the automotive sector is never simple, but Tesla is never out of the mainstream media. One of the biggest manufacturers of electric vehicles right now is Tesla. Tesla chose React Native when it was necessary to develop a mobile phone app for its consumers since the technology allowed applications for iOS and Android to access the very same features. With the help of their mobile app, Tesla car buyers nowadays can remotely lock and unlock their vehicle, find out where it is, and even heat or cool it.

An application called Gyroscope can gather all of the information and create a detailed narrative of oneself. This software lets you keep tabs on your exercises, steps taken, sleeping habits, pulse rate, and pretty much anything else you care about. Apple Health and numerous more data sources are integrated into this mobile React Native application. The majority of the information is presented in easy and Card mode offers two elegant, well-organized views. All tracked data is compiled into daily, weekly, and monthly summaries, which you can easily review and choose the information you want to emphasize in the next one.

With the guidance of the travel app Townske, you can uncover the top local spots in practically every major city in the country. The app is simpler and feels cleaner because of React Native’s extremely responsive UI. Through Townske, you can connect with residents and get a selection of the most incredible locations to visit and experience firsthand. Visitors are not required to have an account, but having one enables you to find the next location you want to visit.

Because of sequential JavaScript interactions with the native environment, the final user interface is highly responsive and appears dynamic. With a smoother feel, this suggests that the program will load more quickly and seamlessly than a conventional hybrid app.

Do You Want to Build Your Mobile Application using React Native? 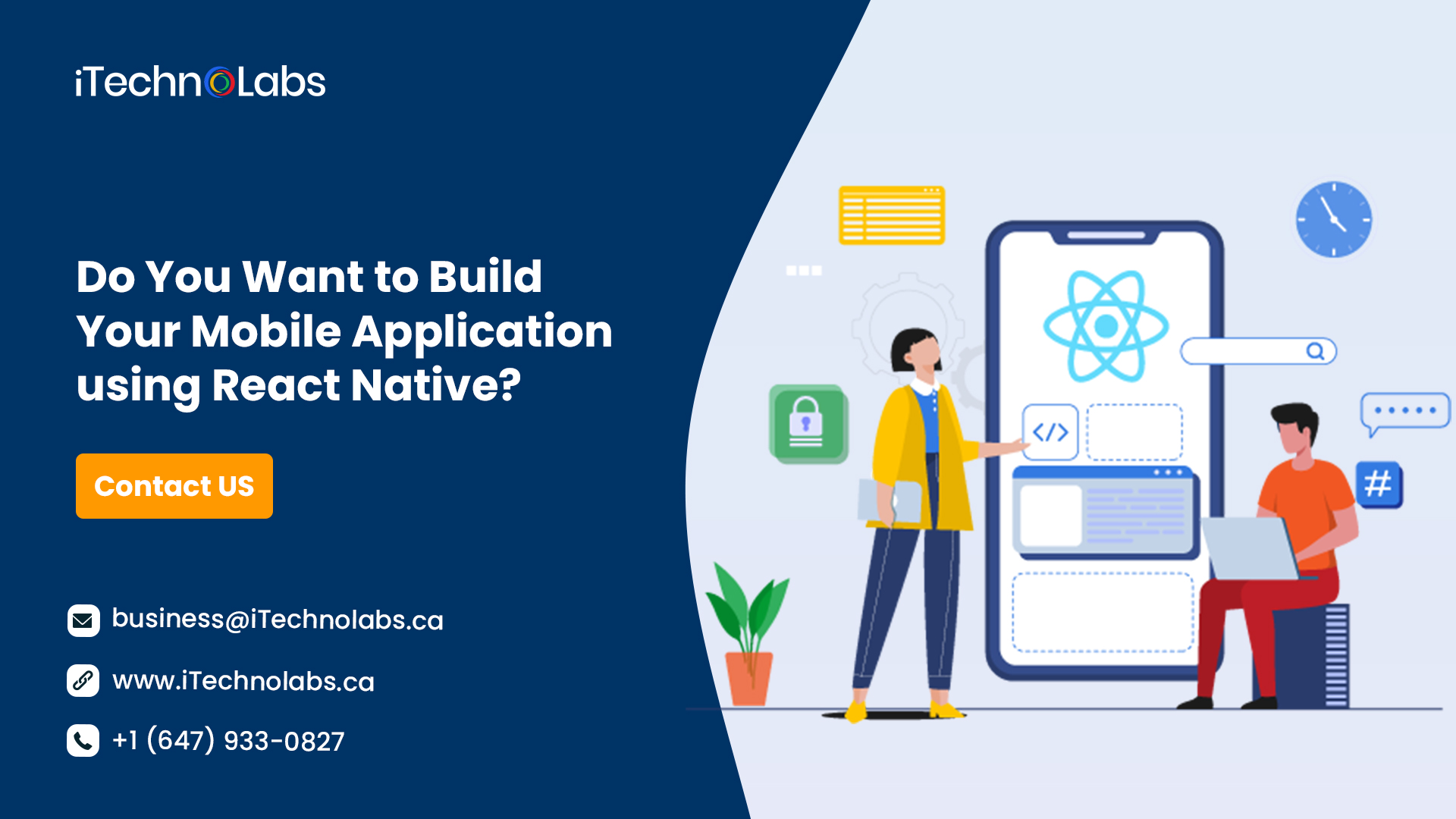 React Native apps come with strong, cutting-edge technology that enables companies all over the world to reach new clients on mobile devices. They are quick and efficient, and JavaScript developers find React Native to be reasonably simple to master. Companies save money and effort while getting outcomes that are comparable to native. Thousands of apps, including those from Fortune 500 organisations and startups, are currently embracing React Native. So, we’ve just compiled a list of the top 10 insanely popular React Native applications. These solutions come from entirely various sectors of the economy, but they do have one thing in common they are all extremely well-liked apps.