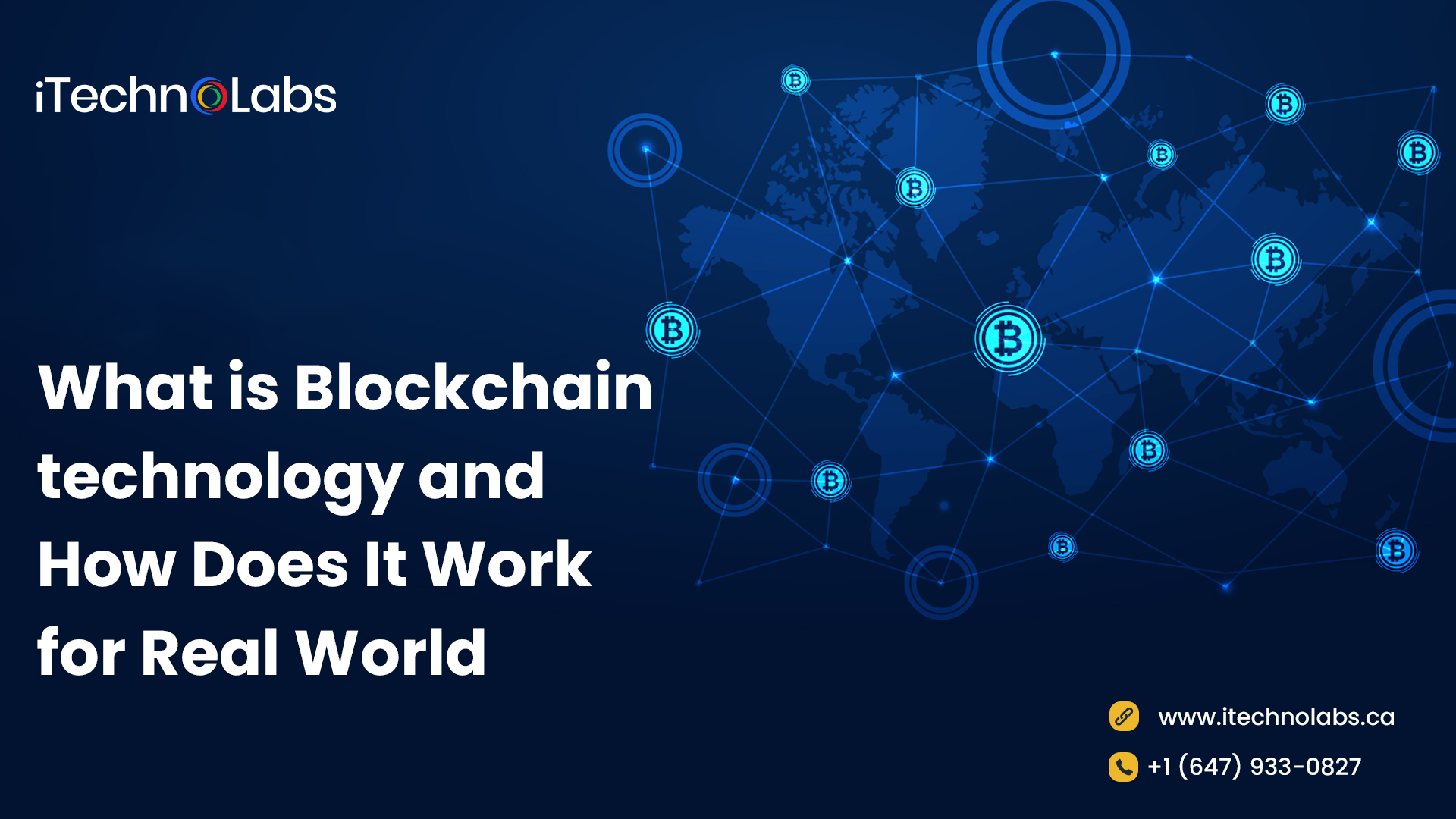 Blockchains are open, distributed databases – they’re basically computer files used to store data. As the name suggests, the file is made up of blocks of data, which are linked together to form a chain. There is also a record that shows when a block was added or edited. Each block contains data (such as transaction records).

Fundamentally, a blockchain is not controlled by any one person or entity, like a centralised database owned by a company or government. Since the data is replicated (distributed) in each computer in its entirety, any interested person can view the chain from wherever they may be, and anyone with the right cryptography keys can edit the chain. Due to the fact that blockchains are decentralised, they are extremely secure, since there is no single point of entry for attackers, unlike centralised databases. As a result, it is an ideal system for securely recording transactions.

Is Blockchain Technology already being used by organizations? 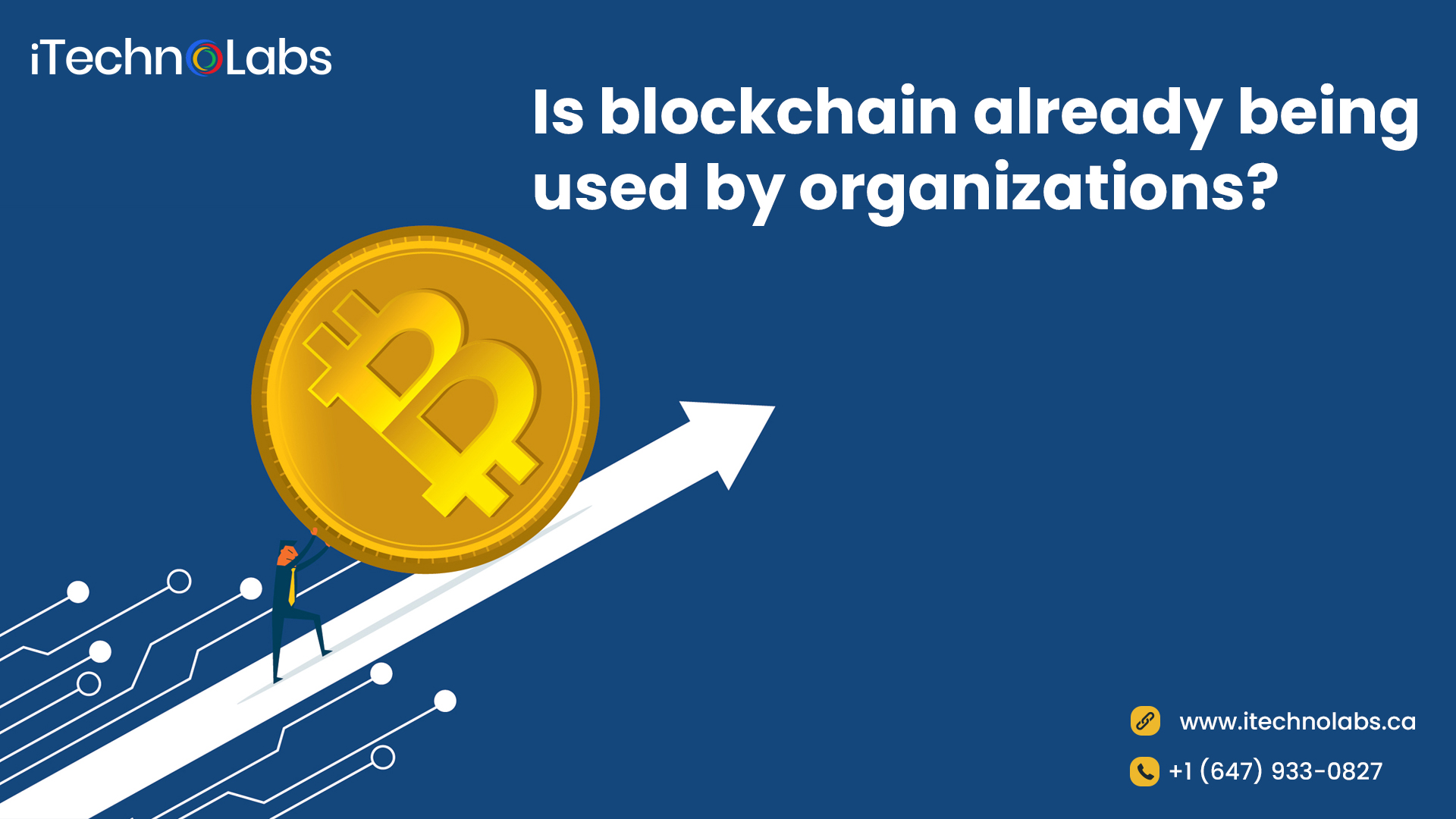 Originally, blockchain was used to power the Bitcoin cryptocurrency. Inspite of this, blockchain technology offers many practical applications beyond cryptocurrencies, and it is likely to affect many industries in time.

What makes blockchain so popular? 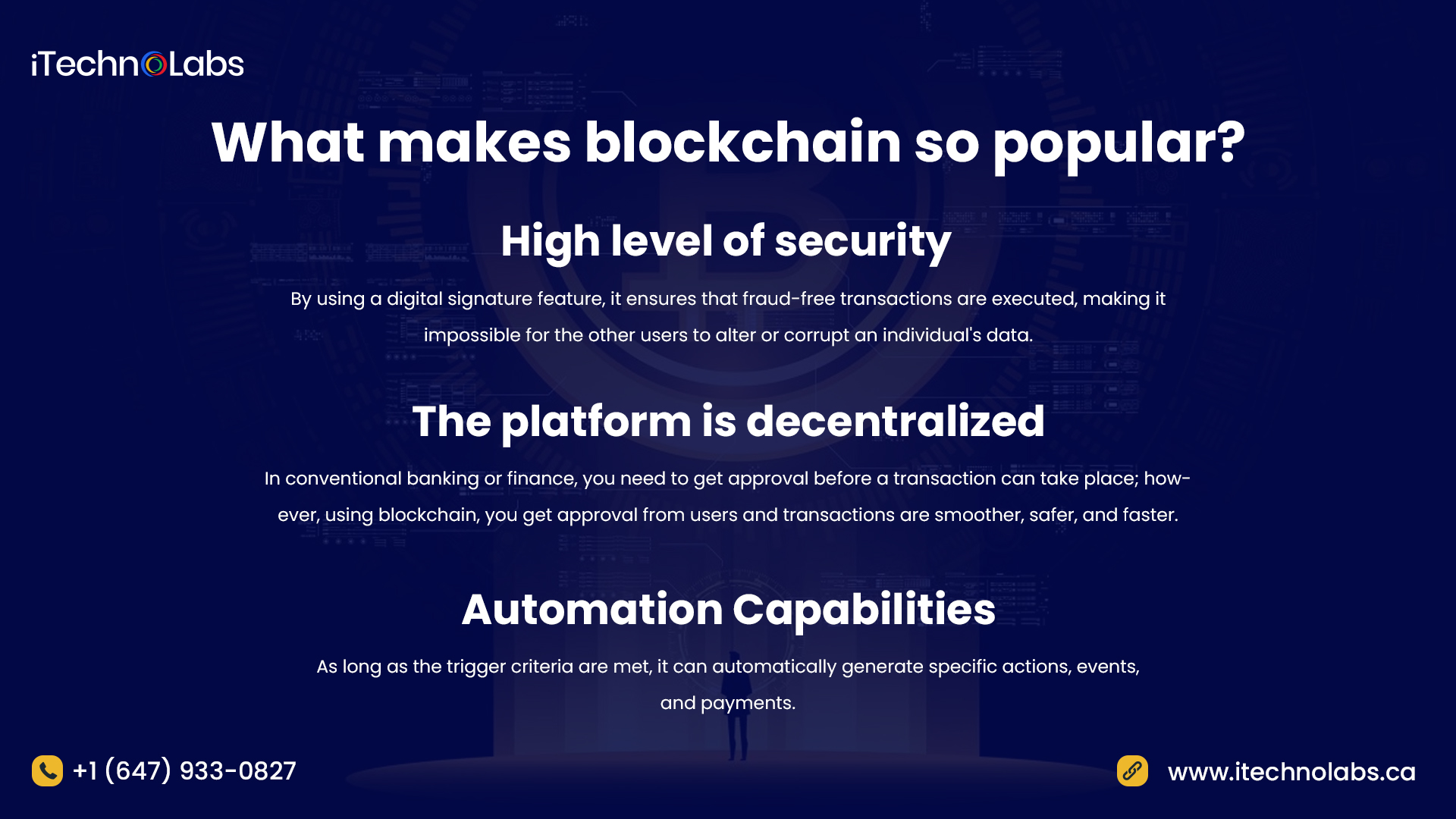 Let’s say you want to send money from your bank account to your family or friends. If you are using online banking, you will use the other person’s account number to transfer the money. Once the transaction has been completed, your bank updates its records. Sounds simple, doesn’t it? However, most of us overlook a potential problem.

Recently, blockchain technology has gained a lot of attention and traction as a digital ledger. Why has it gained so much traction? Let’s try to understand it.

A business’s ability to keep records of data and transactions is critical. In most cases, this information is handled in-house or passed through third parties such as brokers, bankers, or attorneys, causing the business to incur added time and costs. Blockchain reduces the length of the transaction and allows a faster transaction process, saving both time and money at the same time.

Blockchain and Bitcoin are usually taken for granted as interchangeable terms, but in reality, they are not. Bitcoin is a currency that is backed by Blockchain technology that can be used for multiple industries like finance, supply chain, manufacturing, etc.

In an increasingly digital world, blockchain technology offers many advantages:

By using a digital signature feature, it ensures that fraud-free transactions are executed, making it impossible for the other users to alter or corrupt an individual’s data.

The platform is decentralized

In conventional banking or finance, you need to get approval before a transaction can take place; however, using blockchain, you get approval from users and transactions are smoother, safer, and faster.

As long as the trigger criteria are met, it can automatically generate specific actions, events, and payments. 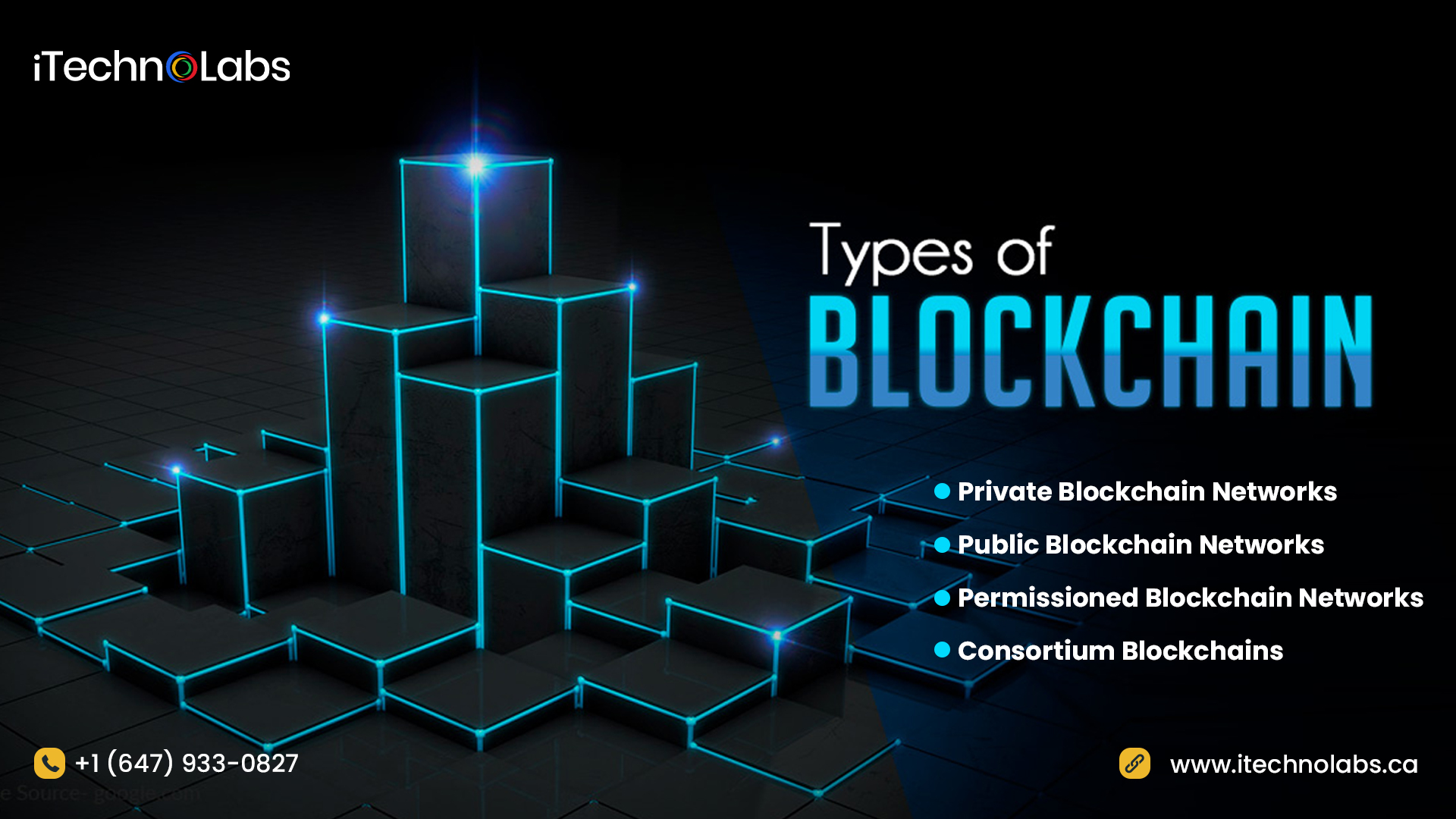 Blockchains can be classified into four types. Listed below are the four types:

Businesses and organizations tend to prefer private blockchains, which operate on closed networks. A private blockchain allows companies to customize the accessibility and authorization options, network parameters, as well as other security features. Private blockchain networks are managed by a single authority.

A public blockchain was the foundation for bitcoins and other cryptocurrencies, as well as for distributed ledger technology (DLT). As well as solving security flaws and reducing centralization, public blockchains help to eliminate certain challenges. Rather than storing data at a single location, DLT distributes data across a peer-to-peer network. To verify the authenticity of information, consensus algorithms are often used; proof of stake (PoS) and proof of work (PoW) are commonly employed.

Permissioned blockchain networks, which are also sometimes known as hybrid blockchains, are private blockchains for which authorized users have access. These types of blockchain are typically set up by organizations looking for the best of both worlds, as they enable much better organization when it comes to defining who can participate in the network and what transactions can be made. A Complete Guide about Non-Fungible Tokens (NFTs) for Blockchain

Advantages and Disadvantages of Blockchain 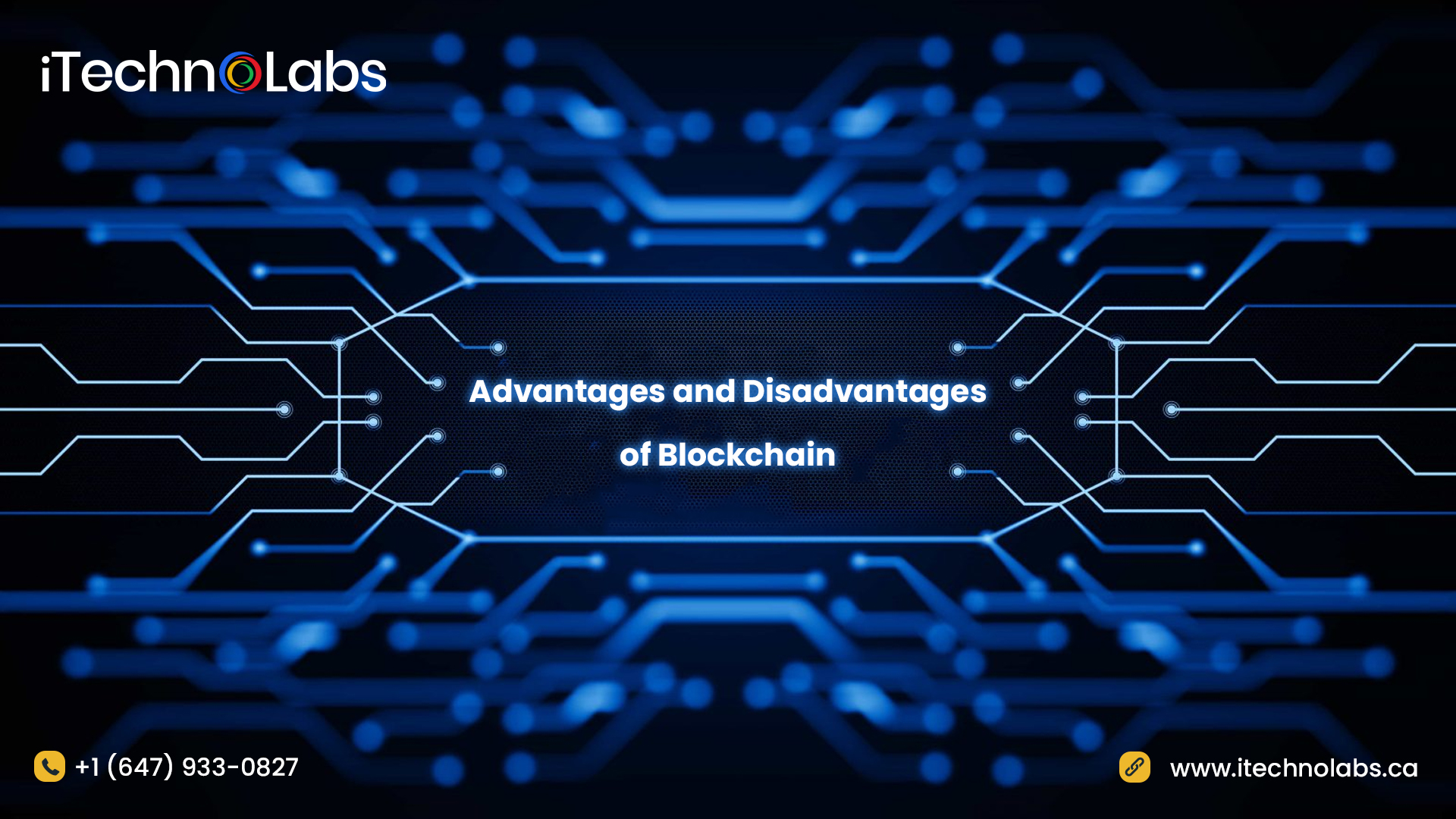 There are advantages and disadvantages to blockchain technology, as with every form of technology.

Blockchains are recognized for their security, and this provides an advantage to online transactions by protecting sensitive data. The blockchain technology can also offer speedy and convenient transactions for those seeking them. While other methods of making a purchase can take several days, this method only takes a few minutes. In addition, there are no third-party interferences from financial institutions or government entities, which is viewed as an advantage by many users.

Apparently, there have been problems with private keys in blockchain and cryptography, which involve public and private keys. The user faces numerous challenges if they lose their private key, making this a major drawback of blockchains. Another disadvantage is the limitation on scalability as there can be only a certain number of transactions per node. Multiple transactions and other tasks can take several hours because of this. Another significant disadvantage of blockchain is the difficulty of adding or changing information after it has already been recorded.

Related Article: 5 Crucial Things You Should Know About Blockchain Technology 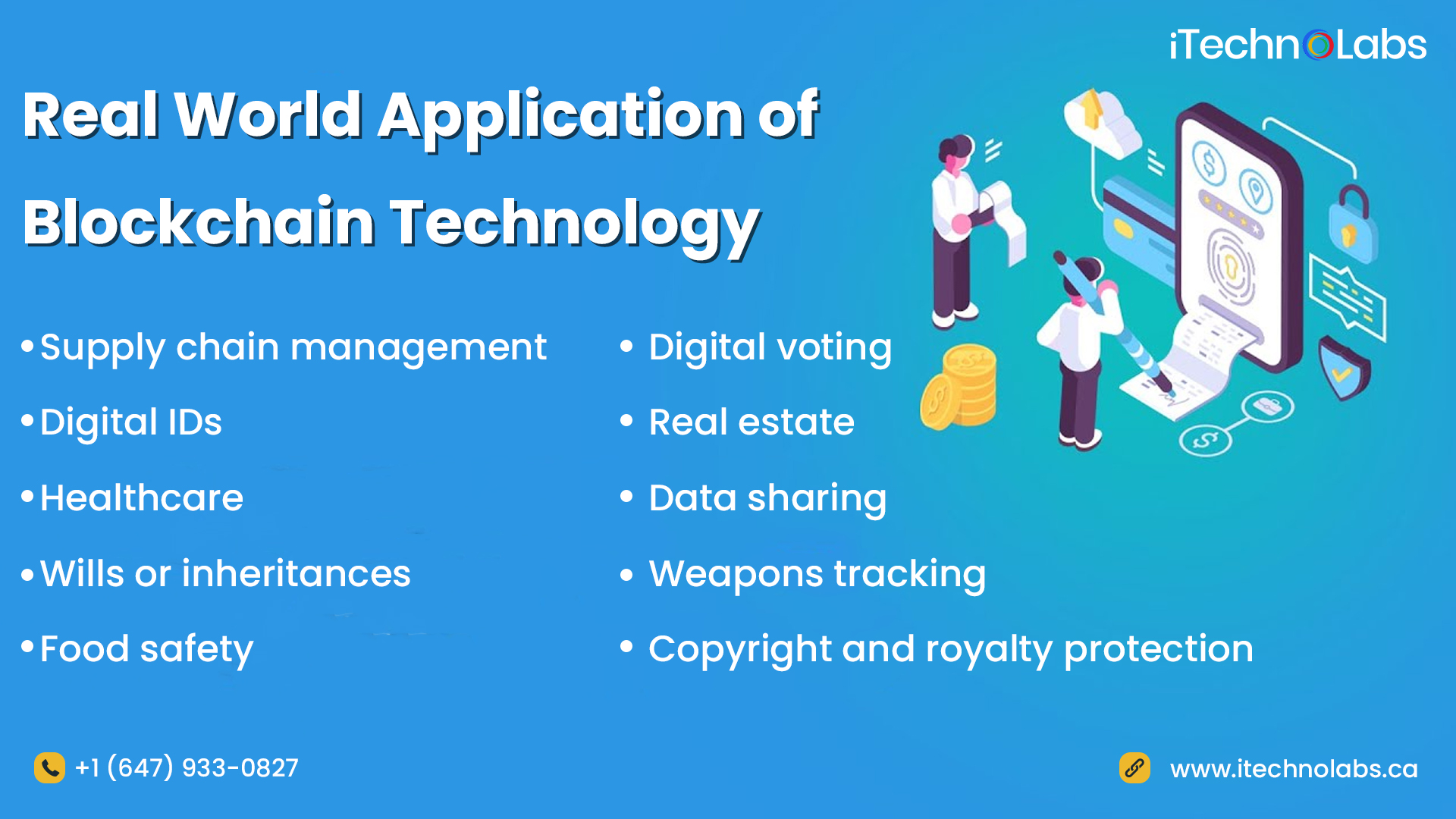 Check out some real-world examples of how blockchain technology is used today:

Supply chains are more efficient when blockchains are used. With blockchains, items can be identified with accuracy wherever they are in the chain. This eliminates the need for paper-based records. It facilitates the prevention of losses and monitoring of product quality during production.

Microsoft is working to provide IDs to vulnerable people and refugees, as 1 billion people worldwide lack identification. They would then have access to formal financial services. Microsoft plans to do this via its Authenticator app. It doesn’t rely on passwords alone. By using a code or a token to identify a returning user or device, it adds an additional layer of security. Users can use this to manage their digital identities.

It is the patient who has the right to accurate information, since they are at the center of the healthcare ecosystem. There is a life-and-death aspect to this issue. Health data privacy and security are of paramount importance. It facilitates tracking of serial and batch numbers for prescription drugs. In hospitals, paper records are no longer used for recordkeeping, and patient data is stored on blockchain technology, which is always kept confidential. These records would be accessible to the patient through a number key, allowing him to control which individuals can access them. It is also possible to store patient diagnoses so that the patient’s health history can be tracked.

With the blockchain network, digital wills and inheritances can now be created and stored instead of paper ones. When used along with smart contracts, your document will become legally binding and will make it crystal clear to whom your assets will be distributed when you pass away. This eliminates any concerns you might have at the end of your life.

One of the most intriguing applications of blockchain in food safety is the ability to trace food from its origin to its destination. Using blockchain’s immutable nature, food products can be traced from their origin to the supermarket. A foodborne illness can be traced back to its source as quickly as possible.

Fraudulent voting has always been a concern. That will no longer be the case. By using the immutable nature of the blockchain, you can make your vote truly count. The regulators will be able to see any changes made to the network and be notified of them. Blockchain technology will create a token-based system that ensures ‘one vote per person.’

With blockchain technology, ownership and title details are stored, making the process of transferring and tracking ownership easier. Legal ownership becomes crystal clear once paper is removed from the equation. It is possible to view, alter, and update titles on the blockchain network at any time.

It uses the blockchain to let people share or sell data that is not being used. IOTA developed this distributed ledger technology, which was introduced by the IOTA Foundation. Businesses could route unused data bundles to places where they are needed most. In addition to using blockchain to store data, a variety of industries can benefit from its use.

Law enforcement and the federal government would be able to track weapon or gun ownership using blockchain technology. The registry will also serve as a permanent record of private sales of weapons.

Music, videos, blogs, and other forms of online content need to be protected under copyright and ownership laws. Using blockchain technology ensures that these laws are protected. A digital content download would be a good option since it would ensure the artist or creator of the content receives their fair share, as well. Content creators and musicians will also be able to access real-time and authentic royalty distribution data via blockchain.

People have generally embraced blockchain technology as an innovative innovation. Although the advantages of blockchains are commendable, you do need to remember that it is not the solution to every problem, and it is possible to find blockchains that will fit a variety of requirements. Blockchain applications will vary widely from industry to industry.