Top 10 Revolutionary Technology Trends In The Next 5 Years

Top 10 Revolutionary Technology Trends In The Next 5 Years 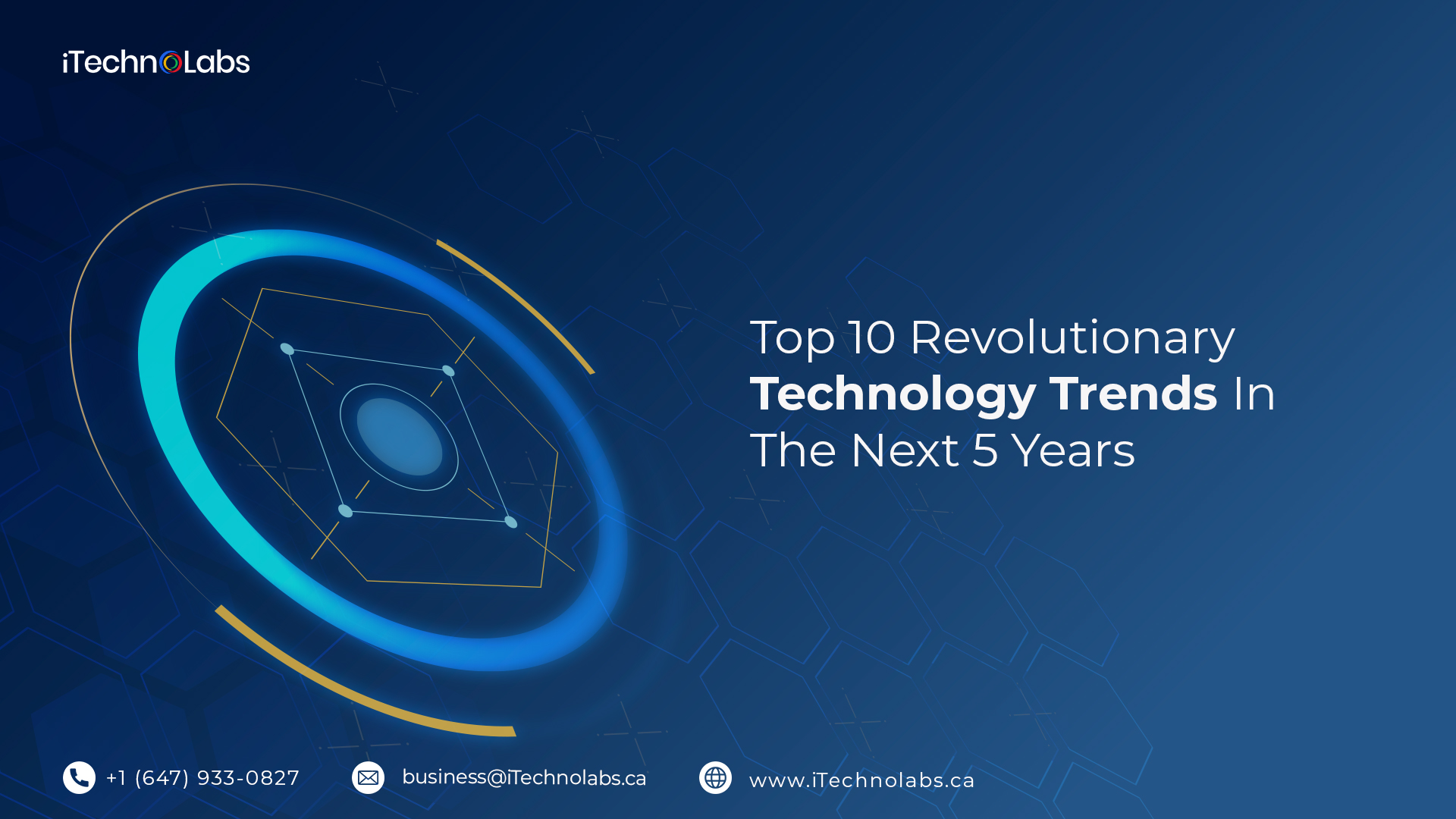 Whether you like it or not, Revolutionary Technology Trends quickly, bringing us discoveries and ground-breaking ideas every year. Some of the brightest minds working today are developing the next technology that will fundamentally alter our lives. Although it sometimes seems that science is advancing steadily, technology has increased significantly over the past 50 years.

Recent events felt like being plucked straight out of a science fiction novel. From mind-reading robots to AI with image-making capabilities and holograms to bionic eyes, the technological possibilities of the future are truly astounding. 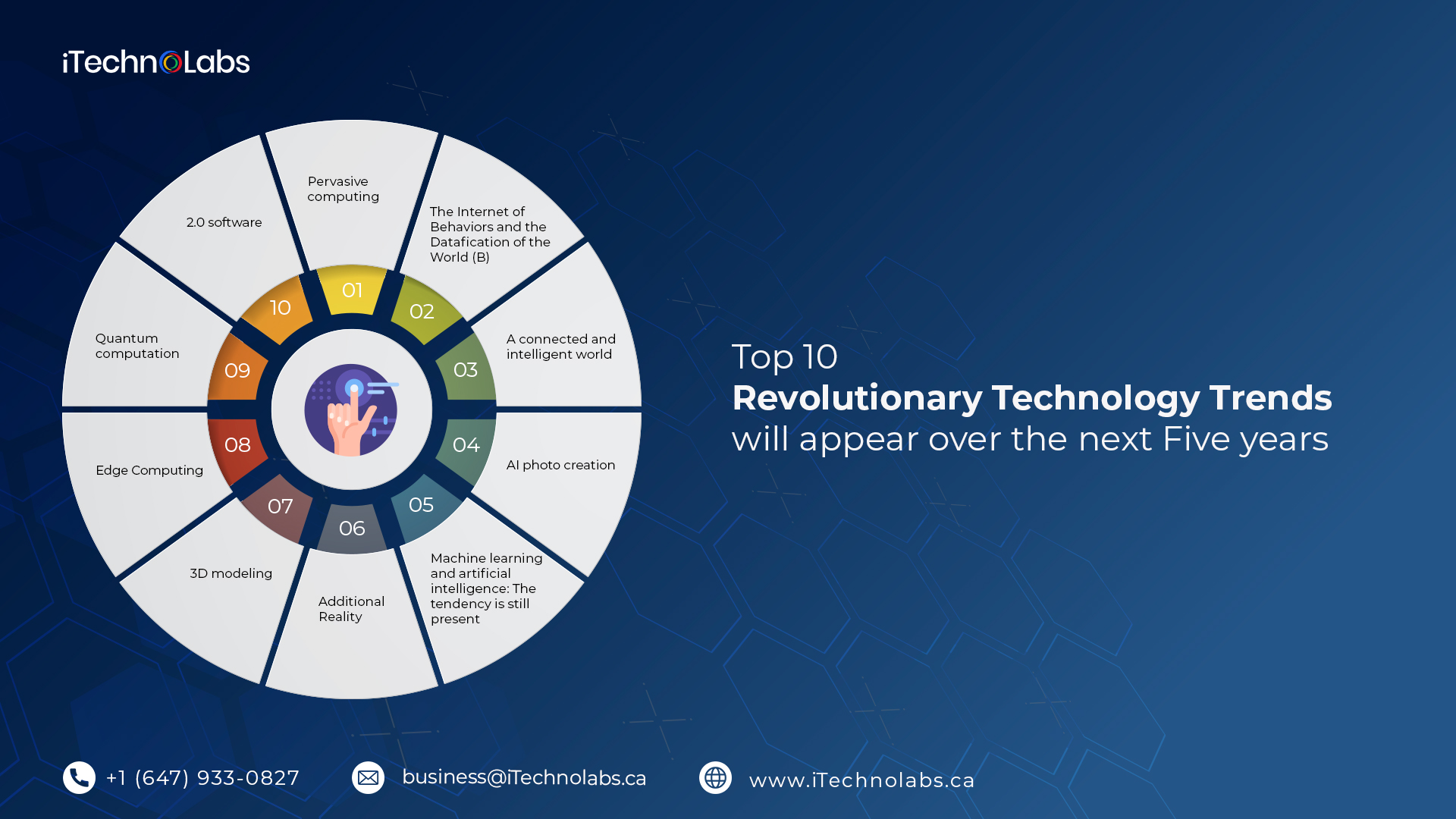 A paradigm where computers are integrated into almost everything we use to make them more effective at what they do rather than being discrete items that may be used for different activities. Trends like IoT, wearables, cloud computing, and edge computing all match this idea. To achieve more than is achievable with each of these capabilities alone, ubiquitous computing involves developing IT strategies that use them all in concert. By incorporating AI and cognitive computing capabilities, the system’s components will all learn from one another, generating streams of data and insights that will impact various aspects of our life. According to Cisco, there will be 500 billion internet-connected gadgets by 2030 or around 50 devices per person.

2. The Internet of Behaviors and the Datafication of the World (B)

Global data production exceeded 79 zettabytes in 2021; during the following five years, it is expected to reach 181 zettabytes. Although some people think it is leading society on a road where billions are made through billions of lost person-hours, data, the new, is a crucial enabler that feeds most digital developments. Since Gote Nyman first popularized the phrase in 2012, making sense of this massive amount of data and evaluating its value through analytics and big data techniques has become known as the “Internet of Behaviors” (IoB).

Organizations can use the machine- and human-generated data (from the Internet of Things and other sources) to better serve their consumers by offering services and goods.

3. A connected and intelligent world

Thanks to gadgets like smart thermostats, smart watches, and smart TVs, you’re probably already aware of the Internet of Things (IoT). The term “Internet of Things” (IoT) describes the rising number of intelligent, connected items that can collect and transfer data.

Anything that can be connected in the future will be connected. Not just in terms of tools and goods, although that is undoubtedly a crucial factor for companies, but also in the places where we live and work. The environments around us will increasingly be capable of monitoring what’s happening and taking appropriate action, from networked intelligent factories and offices to entire smart cities.

As AI improves to the point that it can perform activities as well as humans, a new sector of endeavour has emerged: the creative arts. Software created by Open AI researchers allows for the creation of visuals to be made with only vocal instructions.

You can search for “a dog wearing a cowboy hat singing in the rain” and find many unique pictures that suit the bill. Even the artistic style in which your request is returned is your choice. But there are still problems with the technology, like when we gave it the wrong instructions for drawing cartoon figures.

The team behind the Dall-E technology is now working on its second generation and has further development planned. The creation of art exhibitions, rapid, original images for business purposes, and, of course, a revolution in how memes are made on the internet are all possible uses for this technology in the future.

5. Machine learning and artificial intelligence: The tendency is still present

Datafication is followed by the buzzwords Artificial Intelligence (AI) and Machine Learning, which are at the top of the list for corporations today (ML). This technology trend’s significance for businesses is expected to increase at a never-before-seen rate.

However, as technology advances, AI and ML, which are still in their infancy, will encounter increasingly complicated applications. Both AI and ML would have to be used. Language processing, speech and gesture recognition, machine vision, pattern recognition, embedded AI or ML, real-time AI, AIOps, MLOps, and related technologies will significantly grow over the next decade. AI and ML rapidly increase in many industries, including healthcare, transportation and logistics, industrial automation, cybersecurity, and government. Generative AI, Edge Computing, and Real-World AI are three of the most promising developments in the field.

Virtual reality (VR) and augmented reality (AR) are two independent technologies that fall under the umbrella of extended reality (XR), yet they all serve the same function. This will improve communication between the physical and digital worlds that we now live in. With virtual reality, we can move around in virtual environments using our hands, eyes, ears, and occasionally even our legs. With augmented reality (AR), we may overlay computer visuals (or any other type of data) over our actual physical environment, bringing the datafication and flexibility of the digital world into the physical world. Both will become increasingly important in our lives as the decade goes on. The military already makes considerable use of them for training and simulation; for instance, bomb disposal specialists find and disable simulated bombs in actual surroundings while pilots practise dogfighting against virtual opponents who genuinely appear to be flying in the air with them. The Teslasuit is a full-body VR suit used by NASA for astronaut training that offers haptic (pressure) feedback. The market for VR equipment in a business is anticipated to rise from $829 million in 2018 to $4.26 billion by 2023, with usage rapidly extending into more routine and everyday areas of the industry.

We already have houses that can be built in a matter of hours thanks to 3D printing technology and the more contentious 3D-printed weaponry that is untraceable. Even 3D food printers that can assemble complete meals from components that have been crushed into capsules are available for purchase. What is feasible with “additive manufacturing”—new manufacturing processes—is only getting started. Through experiments, the living tissue that can be 3D printed and successfully put into animals has been developed for medical research. Once implanted, they produce new blood vessels and functional tissue. This opens the door to creating 3D-printed organs for transplant into patients. Hopes that the technology may lead to novel therapies for infertility have also been sparked by an experiment at the Northwestern University Feinberg School of Medicine in Chicago in which 3D-printed ovaries were inserted into mice. The environment will profit from 3D-printed automobiles because they will cut down on the carbon emissions produced by transporting new vehicles around the globe between manufacturers and distributors, including an electric tricycle that can be made entirely from waste materials.

Technically speaking, we anticipate that Edge Computing and Distributed Computing, two technological trends that are distinctly different yet connected, will get closer over the next few years. Microchip processing power and utilization of the industrial internet are expanding, while their size is bringing smaller and smaller. It has opened up new possibilities for distributed computing’s edge computing and hybrid-cloud or multi-cloud infrastructure. Decentralized computing has many benefits, including data confidentiality and privacy, reduced power and bandwidth requirements, and the ability to process and make decisions in almost real-time. Edge computing would offer a practical way to minimize the amount of data transported while still achieving effective results in the future of hyper-automation and linked everything.

Numerous market analysts, futurists, and technocrats claim that the upcoming computing generation will solve questions that have confounded society and scientists for decades. Computing is expected to be the next significant advancement in this field, with capabilities much beyond what we have seen thus far and the capacity to carry out jobs that conventional computers have been thought incapable of.

We are moving toward low- or no-code programming. It would function in two distinct ways. First, ML and neural networks would write the code to create new software or graphical programming interfaces. Simple modal windows and drag-and-drop operations would make it possible to develop complicated applications (even artificial intelligence apps). It will simplify things, and no one will be restricted by coding knowledge!

Rapid scalability, increased use of data-enhanced AI applications, lower development costs, and a faster pace of significant digital transformation would all benefit enterprises.

Related Article: How Artificial Intelligence Technology is Transforming the World

Do You want to know more about Revolutionary Technology Trends from iTechnolabs? 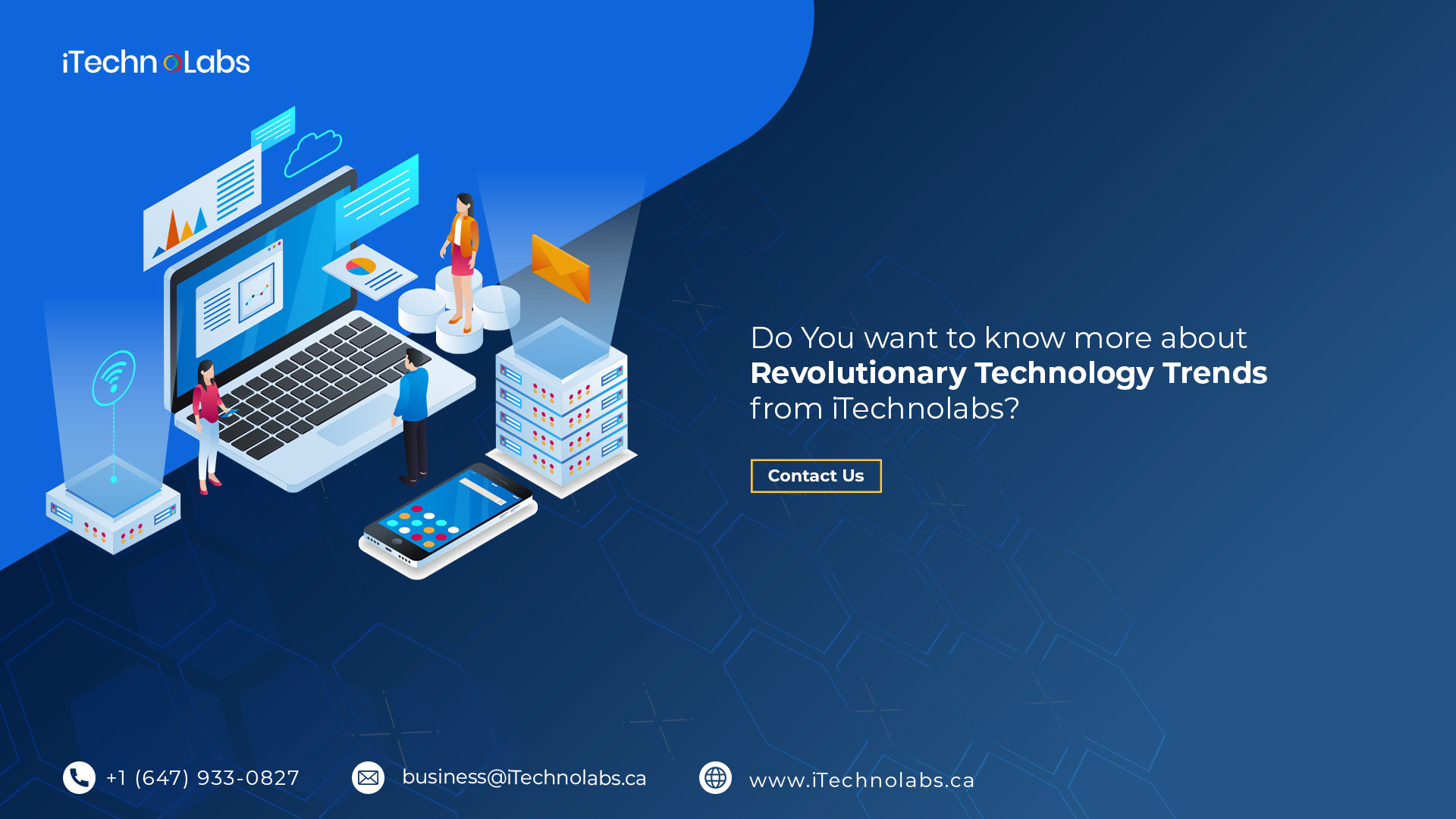 Undoubtedly, the world will change due to these ten technologies during the next ten years. The 2020s will be a decade of significant technological improvements, despite some scepticism on how far the innovations will develop. The current grave scenario we are experiencing, the global epidemic, has accelerated this even further.