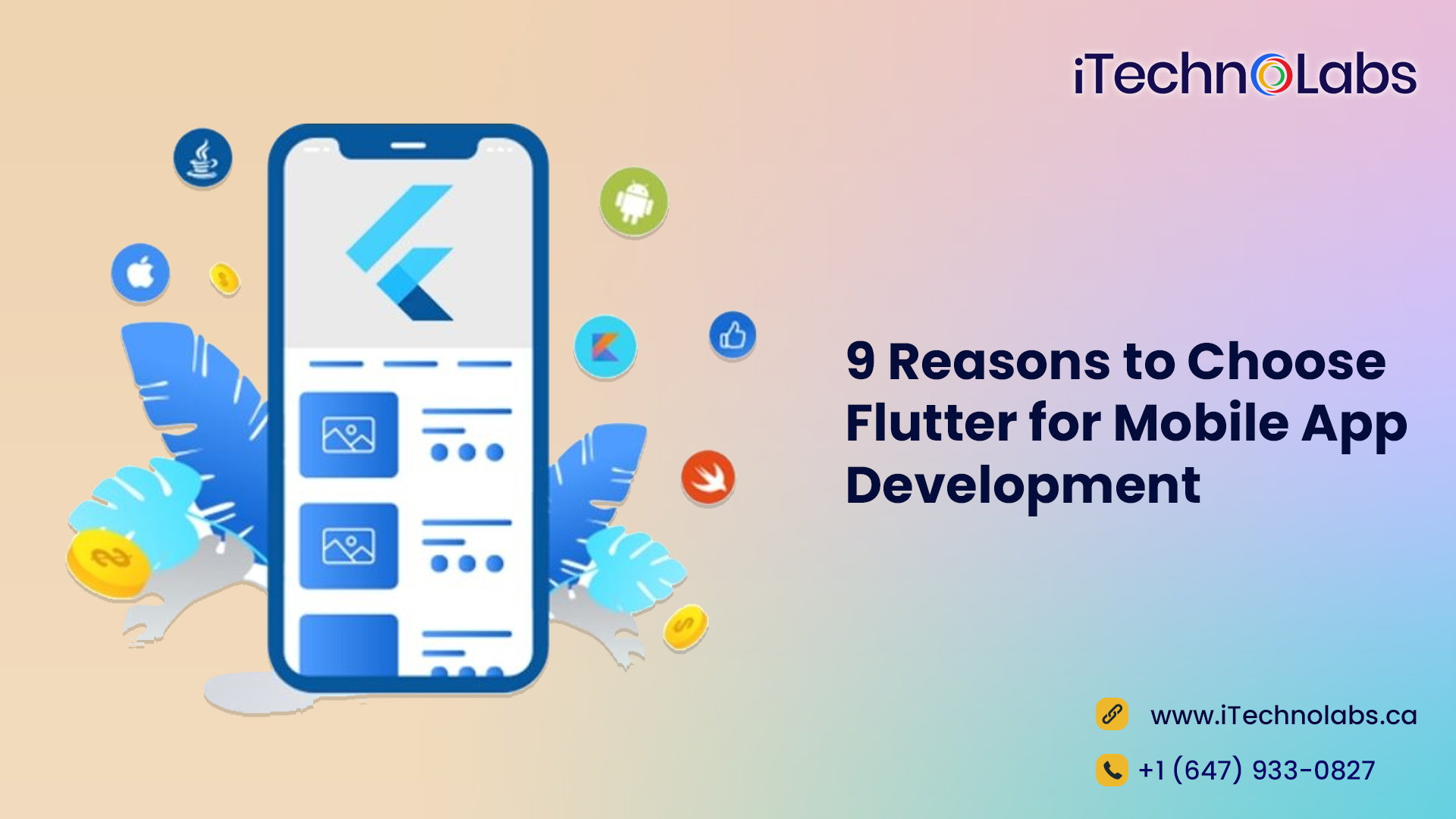 Flutter used to be referred to as Sky, but it has recently become a trend word in mobile app development. As one of the most popular and innovative UI software development kits (SDKs) in the market, Flutter is notable for its open-source nature and cross-platform capabilities.

Flutter was created in 2017 with the goal of simplifying mobile app development. Many platforms, including iOS, Android, Mac, Linux, Windows, and the web, can be developed using this highly flexible and scalable SDK.

Why Flutter for Mobile App Development?

Flutter is currently the most widely used SDK in the mobile app development industry. With this high-tech tool, you can develop mobile apps that work smoothly on any device. With its support by Google XD, Flutter has already been picked up by large companies for developing mobile apps, including Google Ads, Alibaba, and App Tree.

Google has developed a cross-platform app development technology called Flutter, which can be used to create mobile, desktop, and web applications. This program is written in Dart, based on the famous Java programming language. You are likely to program with Dart if you are familiar with Java/C#. Around the world, developers use technology to keep up with the latest developments. Moreover, the software is open-source and free of charge.

Here, we will discuss the advantages of developing mobile apps with Flutter.

How does Flutter work? 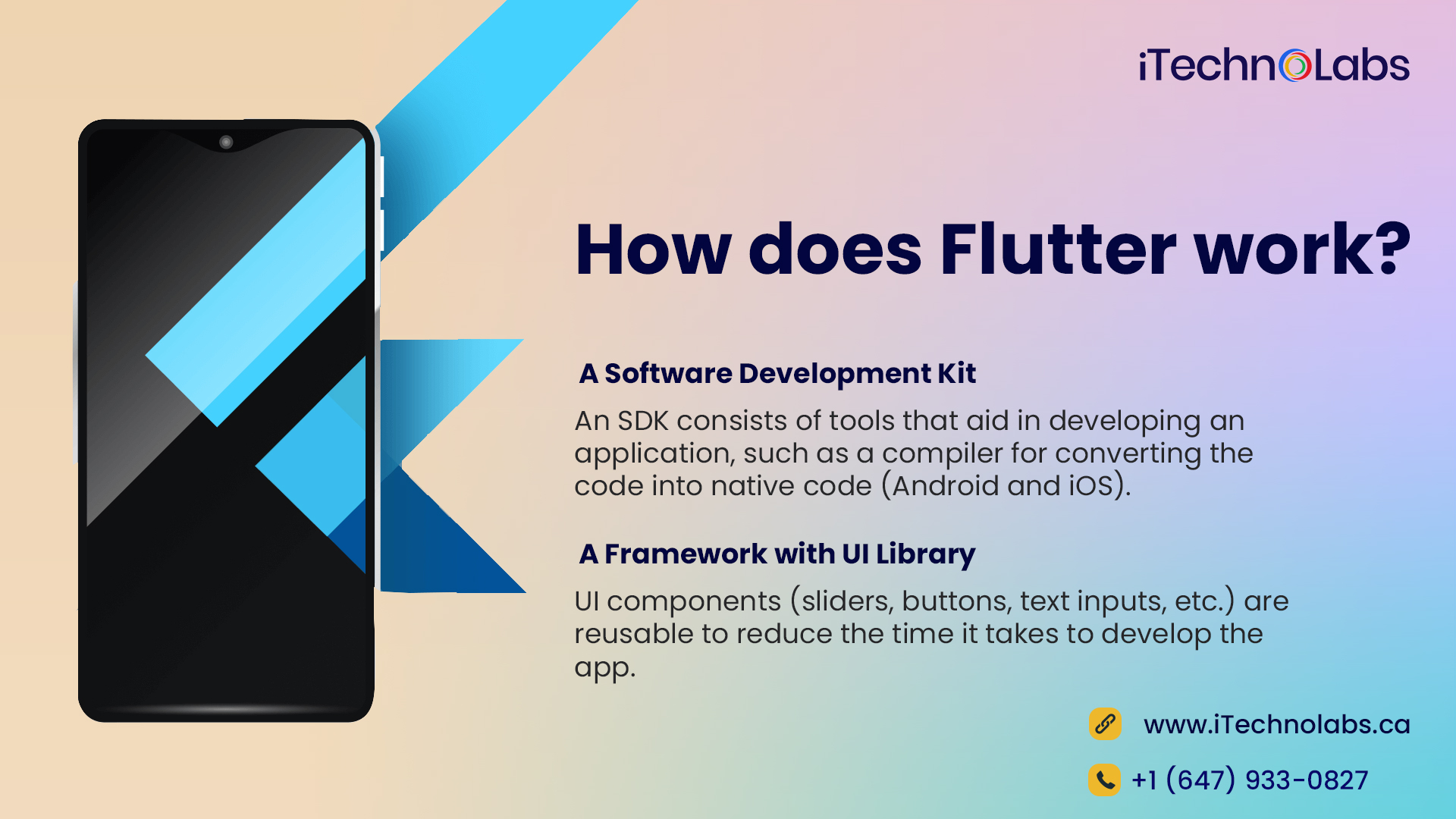 A mobile UI framework based on Flutter is free and open-source. It is a platform for building UI components that can be used anywhere, i.e. a codebase can be used for creating a frontend that works across Android and iOS. This platform consists of two main components:

A Software Development Kit: An SDK consists of tools that aid in developing an application, such as a compiler for converting the code into native code (Android and iOS).

A Framework with UI Library: UI components (sliders, buttons, text inputs, etc.) are reusable to reduce the time it takes to develop the app.

The Skula Graphic Engine and C, C++, and Dart are used in Flutter. Dart is the programming language used in developing apps for Flutter. It was introduced in 2011 by Google as an object-oriented programming language. A programmer who has worked with Java or C# will find Dart simple to learn.

The following are 9 reasons why mobile app developers should use Flutter: 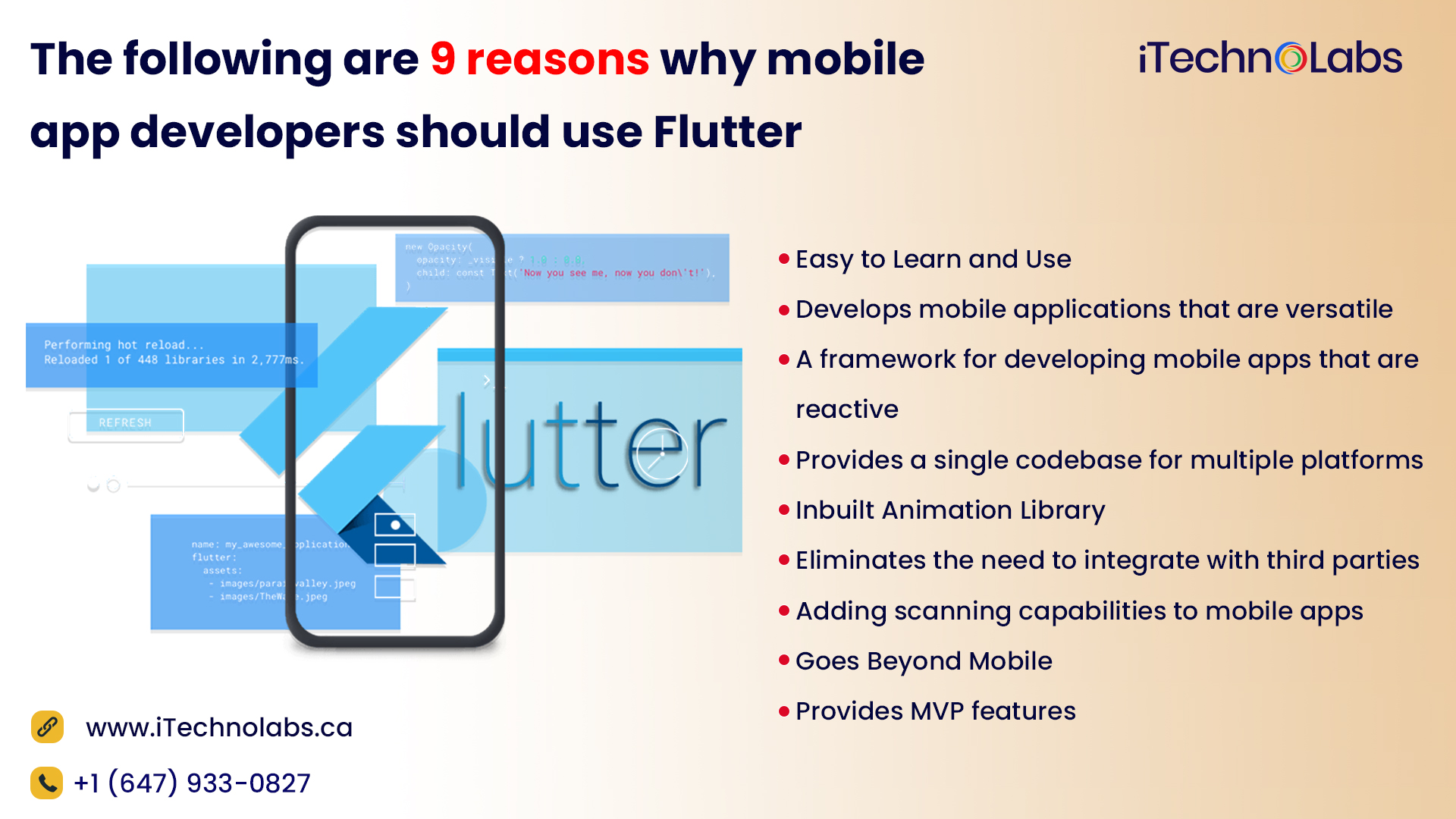 The following are the nine top reasons why Flutter for Mobile App Development solution is the best. The reasons are as follows:

Mobile app development is made super easy with Flutter’s contemporary framework. Flutter can also be learned rapidly and easily by mobile developers. With Flutter, you can create beautiful mobile apps without any coding. Google’s client-optimized programming language Dart provides a fast, scalable, easy-to-understand, and productive framework for the project.

In addition to its documentation, Flutter offers training to its users. If users wish to improve their Flutter skills, they can refer to the documentation available on Flutter’s official website.

In addition, Flutter can be seamlessly integrated with low-end devices.

Flutter comes with a variety of inbuilt widgets that can be customized and combined in order to build mobile applications. In order to provide users with a native experience, these widgets are designed to provide viewers with eye-catching user interfaces (UIs). You can also create your own widgets with Flutter based on your preferences.

Even on older versions of iOS or Android, your newly developed mobile application will look the same. Because of this reason, Flutter is used by many major brands, from startups to established companies, to develop high-performance mobile applications in different fields, including health, fitness, entertainment, education, and eCommerce. In addition, there are no extra charges for Flutter to support older versions of devices.

Flutter uses a reactive framework to develop mobile apps. The high-tech software development kit allows you to modify the user interface without having to manually update the UI content. Although you can modify the UI by changing the variables, it is not possible to completely remove them. The user interface will automatically update whenever a variable is changed.

It is for this reason that Flutter has been hailed as one of the top tools for developing mobile apps. In addition, since Flutter comes with its own widgets, it is independent of the platform, thus allowing you to create mobile applications quickly and easily. Flutter allows you to develop on native iOS and Android platforms simultaneously, thus eliminating the need to write separate code. You only need to create one codebase to run your application across multiple platforms. This feature-rich SDK is easy to use for both novices and professionals.

The development of mobile apps is incomplete without animations. The purpose of adding animation to mobile apps is to improve the user experience and make them more appealing. As part of Flutter, developers have access to a built-in animation library to make their apps more visually appealing. Different animation packages are included in this framework, such as Flutter Sequence Animation, Simple Animations, Animated Widgets, Flutter animation set, Tweener, Sprung, TweenMe, and Flutter Steps Animation, etc.

You can generate web content utilizing CSS, Javascript, and HTML when you use the Flutter SDK, because Flutter is not just a tool for mobile application development. Additionally, you can take advantage of all Flutter’s features without requiring you to install any plugins. This makes Flutter one of the most comprehensive cross-platform application development solutions, as it can also be used in a web browser in a hassle-free manner without causing any coding changes.

In addition to being called Minimum Viable Product, MVP allows you to develop a basic version of your app with minimal features in order to share it with potential customers, test it, and then better understand if they like it. Additionally, it allows you to collect user feedback to improve your app. MVPs are extremely useful if you want to give your clients a clear picture of your app in a short amount of time.

Additionally, Flutter has a fantastic support team of over a thousand app developers working actively to assist you and make it the world’s best mobile app development platform.

What apps are made using Flutter? 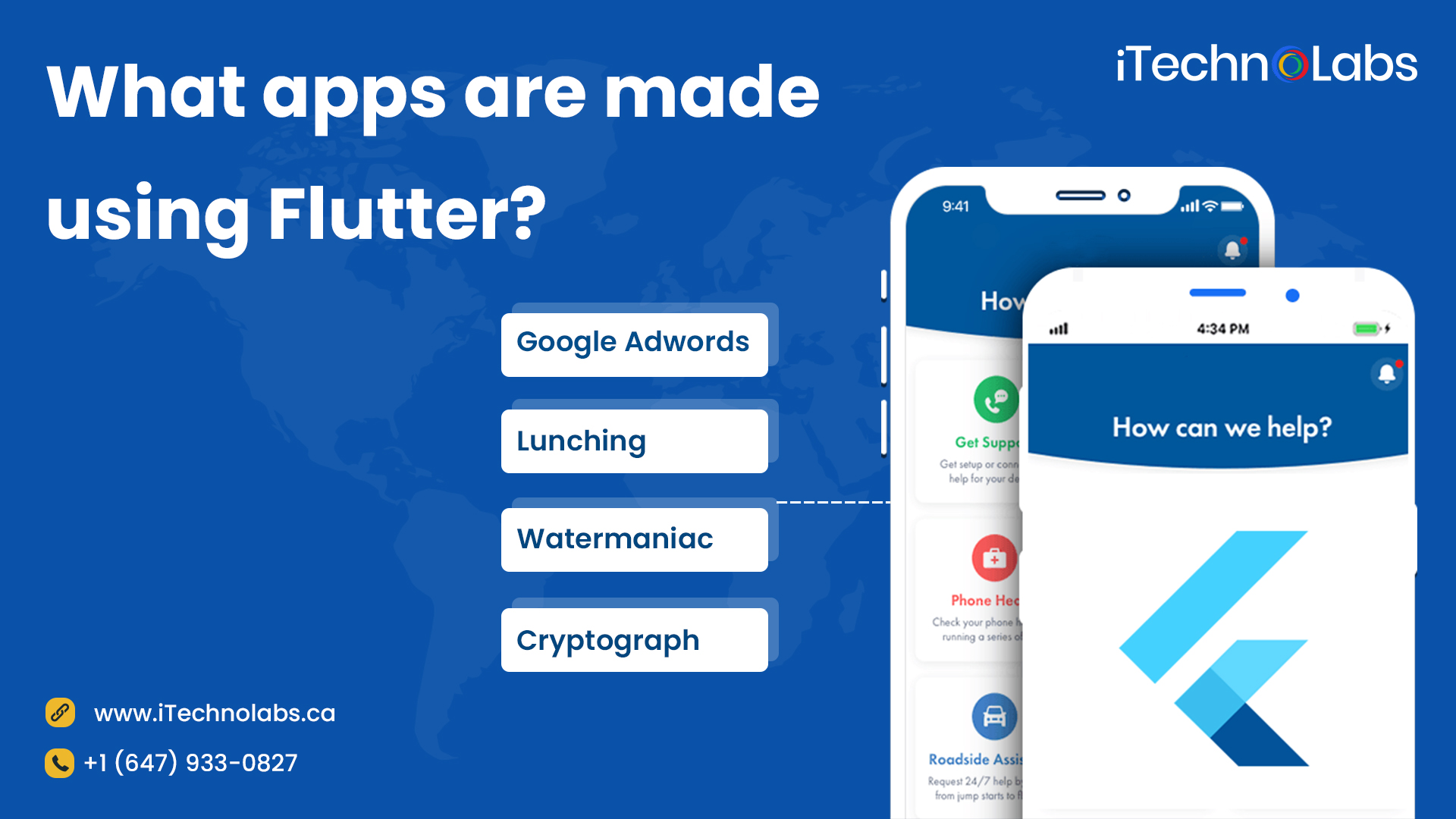 Google AdWords Manager is a mobile app that allows you to manage Google AdWords campaigns from your smartphone. You can track ad output from anywhere, not just from your workplace. It’s a condensed desktop platform for tracking your ad output.

Campaign statistics, the ability to manage your bids and budgets in real-time, live alerts, keyword editing, and contact Google experts are all built into the app. It is very easy to use and visually appealing.

With Launching, you can order food for delivery using your smartphone. Flutter is a popular method of delivering food that has been successful in experiments with the new architecture. One employee within an organization uses the app to order food. A user can make bulk payments or pay in smaller installments if they are a paid user.

With the Flutter framework, Watermaniac is an application for lightweight water monitoring. The application helps consumers monitor their water use. You can create recurring targets, track your consumption history, and get reminders when it’s time to consume again.

Over 1600 global cryptocurrencies are monitored and tracked with this Flutter app, including Bitcoin, Ripple, Dogecoin, and Ethereum. Flutter’s Cryptograph smartphone app provides users with real-time information in the form of currency exchange rate maps, allowing them to monitor the historical market movement of their chosen cryptocurrency.

Are You looking for Flutter Developer for Mobile App Development? 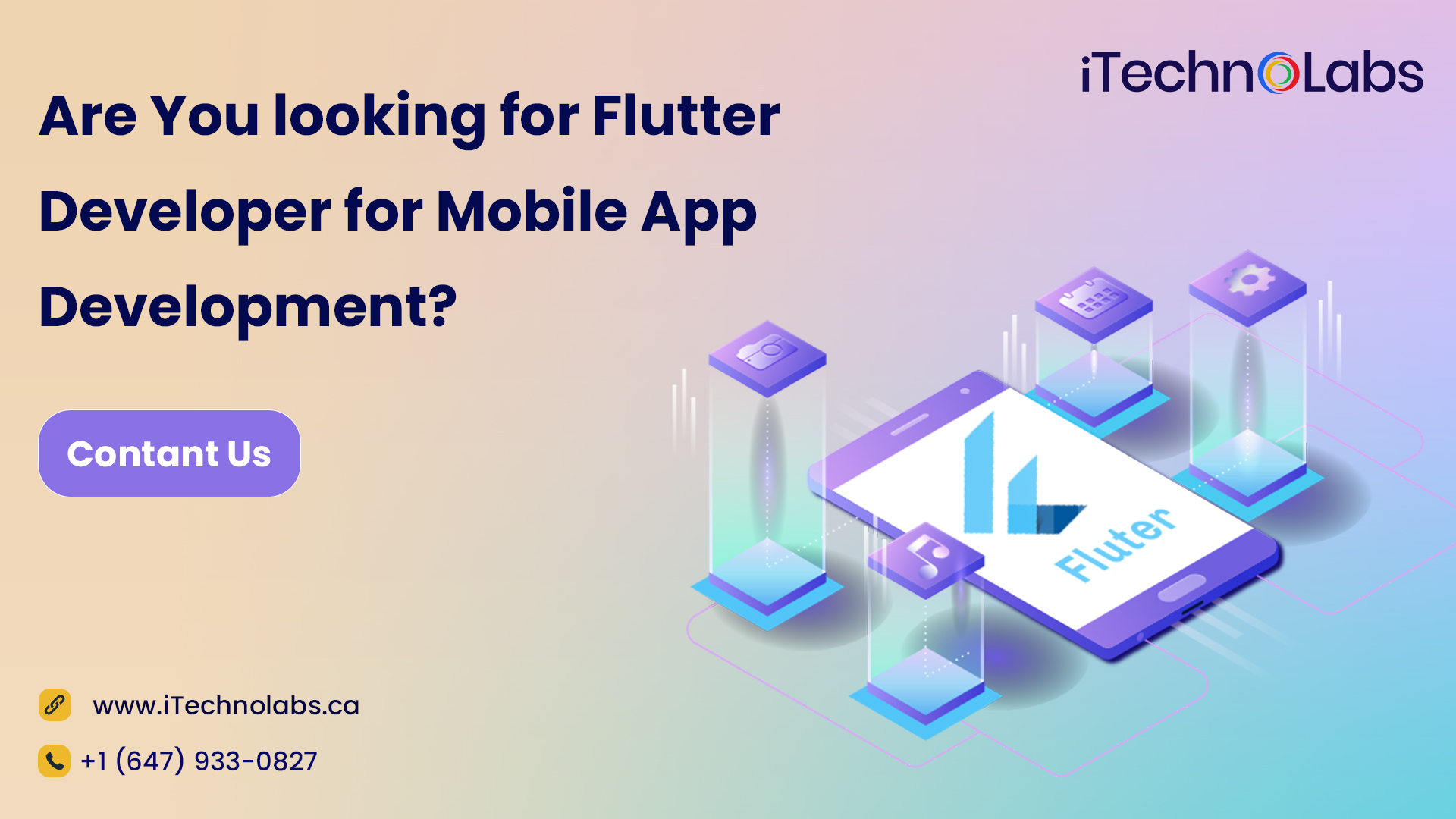 The Flutter mobile app framework helps you develop hybrid apps that are beautiful and feature the most useful features that users require. The Fuchsia platform is also supported, which experts believe will eventually replace Android and Chrome.

Flutter SDK is worth trying if you are interested in entering the cross-platform development space. So what are you waiting for? You’re about to take your business to new heights with Flutter’s stunning features!