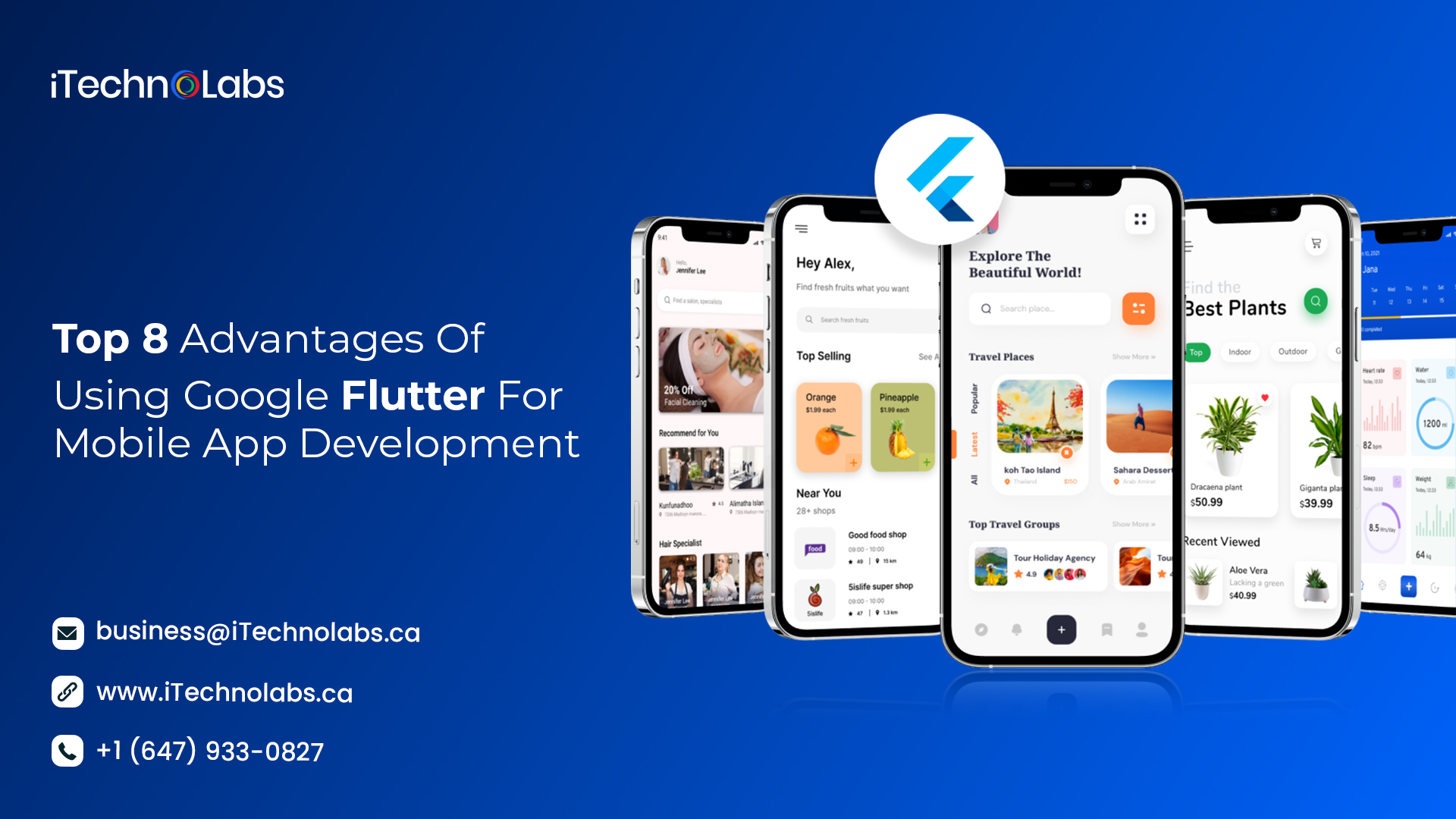 Flutter is, without a doubt, the framework of future apps, and because it is supported by Google, it simply cannot go amiss with mobile applications. For the year, mobile applications continued to gain momentum. Surprisingly, developers who want to create them have access to many programming tools. Numerous tools are available for mobile app development, but Flutter is popular among these and has stamped a name for itself.

We are all now discussing Flutter, a widespread platform that allows you to create applications that will work smoothly on a broad range of devices. This tool combines ease of development with performance while maintaining visual consistency when working across systems.

Flutter is one of the most advanced and innovative mobile technologies, with some limitations. A robust backup by Google makes it the most dominating platform for mobile app development.

Let’s plunge into the theoretical definition of Flutter to understand the subject more in detail.

Flutter was designed by Google on May 1, 2017 with the intent of enabling developers to build beautiful, aesthetically appealing, cross-platform applications with high productivity from a single code base. Professional app developers are supposed to create new features that do not forfeit the desired speed or performance.

You can tell that Flutter is a futuristic framework. It makes it much easier to design mobile applications. You’ll notice how Flutter is distinctive if you’ve used React Native, Swift, or Java. Flutter makes it easier for app developers to make terrific mobile applications. The newest version of Flutter was released in May 2020, with upgrades and enhancements aimed at improving the expertise of both developers and users.

Despite being a relatively new framework, flutter has quickly gained traction and is proving to be a formidable competitor to React Native. It is the development tool that enables you to create cross-platform applications with no additional effort. This is the primary advantage of Flutter app development, and it combines a number of obvious additional benefits for developers who use it.

Flutter is gaining ground in terms of recognition. While Flutter made it to when release preview 1 was announced in June 2018, it has since risen through the ranks and is now in the 16th rank with 128k stars on GitHub .Without a doubt, this is a promising trend. Thousands of Flutter apps have been released to app stores, including the Alibaba app, which has more than 100 million users.

Features of the Flutter Framework

With Android and iOS taking over the market, many businesses are forced to form different teams to sustain their app versions. One alternative, however, created by Google, pretty much eliminated the necessity for specific versions. The only solution was, Of course, Flutter. The Flutter Framework’s key features for mobile development are discussed below in a brief manner.

Important Article: How to develop and launch the Progressive Web Application with Flutter? 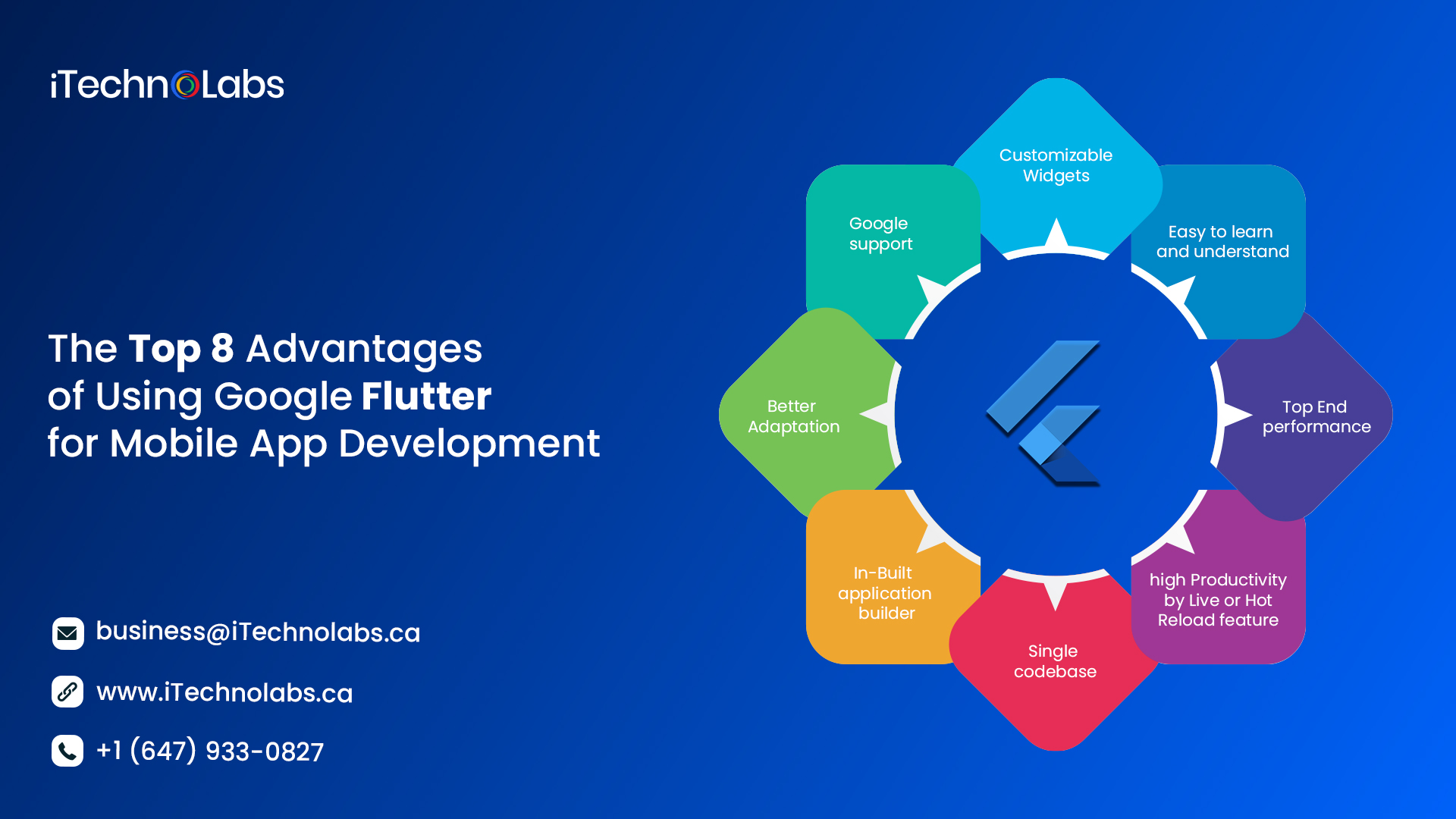 Let’s discuss Flutter’s advantages at a deeper level so you can decide if it will work for your project.

One of the exceptional advantages of using flutter for mobile app development is the utilization of Widgets in Flutter can be customised. Widgets have been used to create the app’s user interface. In Flutter, features like buttons, menus, fonts, and many more are all widgets that you may fully configure as per your requirements. The product’s ability to assist in the design of a user interface by using these building blocks is one of its groundbreaking features. When compared to alternative methods that employ many objects, Flutter provides a unified and unambiguous object model. In Flutter, widgets are arranged in trees, which is useful for rendering but may cause the entire structure to become overly complicated. You’ll need to prepare the structure in advance for large apps because it may take up to 10 layers of code to generate a simple object. Flutter Widgets flawlessly mimic Apple’s Cupertino design and Android’s Material Design. With Flutter, the UI modification that typically requires the most time to do in cross-platform development can be completed quickly.

02. Easy to learn and understand

With the effective utilisation of Widgets. The next ultimate thing about Flutter is that learning Dart will not negatively impact the quality of Flutter mobile development in any way, allowing developers who have little or no coding experience to start creating applications. Due to its nearly native-like performance and aesthetic, Flutter, a cross-platform framework, has recently gained recognition in the mobile development space. However, it is still in beta and not yet stable for the web. framework. Dart shares the same characteristics as other programming languages like Swift and Kotlin, and it can be quickly compiled into Javascript code.

Programming in reactive and declarative styles is possible with Flutter. Dart makes it simple for Flutter to complete the Ahead-of-Time compilation. Despite being a sophisticated framework, Flutter is simple to use and learn. Additionally, it increases productivity because any changes to the code are immediately visible to the coder.

Flutter is no step back when it comes to providing a top notch performance. It’s indeed reasonable to state that Flutter performs really well, sometimes even outperforming native applications in complicated animation interfaces. Flutter’s lack of dependency on secondary code representations is one of its many advantages. Since the application has already been incorporated into the machine code, performance problems are much less likely.

One of the key advantages of adopting Flutter for efficient cross-platform development is the hot reloading capability, which perfectly complements the nature of Flutter. Productivity has increased as a result of Flutter’s inventive desirable reload functionality. Flutter decided to make the most of its benefits by developing an amazing live hot reload functionality. Before, in order to view changes to plugins, the developer had to write specific code, wait for execution, and then download it to the device . However, you can now view the changes in real-time, and Flutter makes it possible to fix mistakes in your code without having to restart.

Everyone knows Flutter is a framework with a single codebase, so you may use it as needed for Android, iOS, or other web applications. This may appear to be simply another cross-platform framework, but wait until you experience how simple the flutter process is and how gorgeous the outcomes are. One of the key advantages of Flutter-built applications is that they can be shared across Android, iOS, and other platforms without having to completely redesign the code. This quality makes Flutter a fantastic option for MVP development. With its assistance, the developers can build. the app with a closely resembling native style, testing it with the target market, and then determining whether a native app is appropriate.

Another significant benefit of developing Flutter apps is the availability of an integrated application builder. The developers must adapt and blend a number of different UI elements that are included with this application. Additionally, an application builder is fairly flexible, enabling the realisation of original and unorthodox concepts.

Flutter is not only a framework but also a complete SDK that can be used with any screen-equipped device. Although there is already a range of screen sizes and aspect ratios available in current smartphones, new gadgets are being introduced with flip screens and folding panels. It is challenging to adapt an app to all these different screen sizes. However, this is relatively simple with flutter. Their layout methodology allows them to fit your software into any screen size range.

We are referring to a thriving and dynamic community that offers a number of alternatives for making the product work best. Furthermore, whether you are a beginner or an experienced programmer, the Flutter documentation is pretty thorough. So, based on all the capabilities and advantages we’ve discussed here, it’s clear that Flutter is the ideal solution for businesses looking to increase their productivity and lower their cost of app development. It makes sense for Google to provide the finest resources to support the development of a mobile software community because doing so is in their best interest.

Are You Looking for Flutter For Mobile App Development Service? 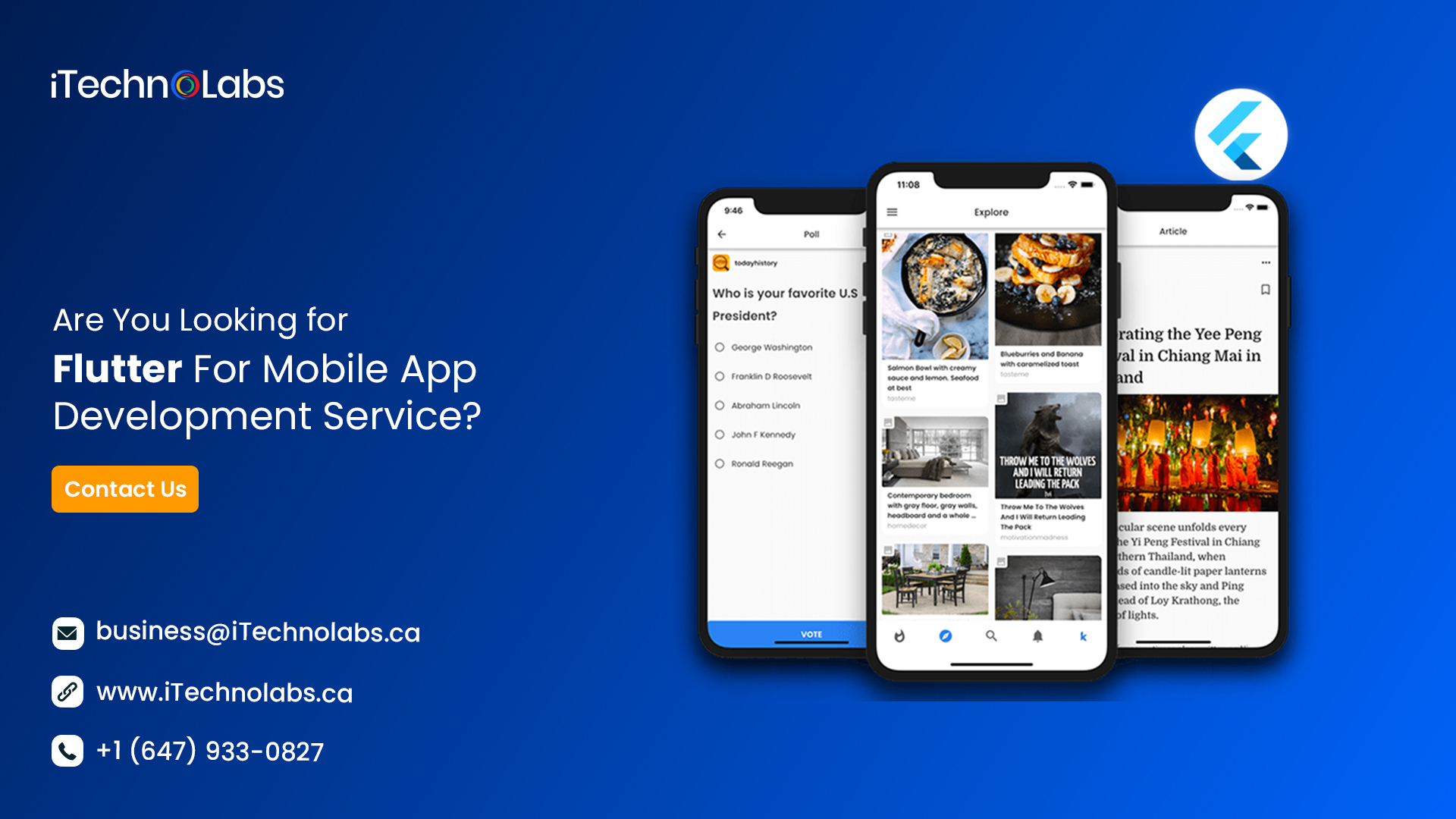 Finally, in order to completely understand Flutter for mobile app development, as well as its primary features and advantages, you can make your move towards Flutter and take scoops of its benefits in one go. Flutter is certainly the foundation for future mobile applications. Since Google is behind it, it can never go unequaled. Flutter is certainly here to stay, given its phenomenal growth in recent years with Google’s ongoing support. More and more programmers are drawn to its features, usability, and performance, giving it a whirl and ultimately adoring it the most.