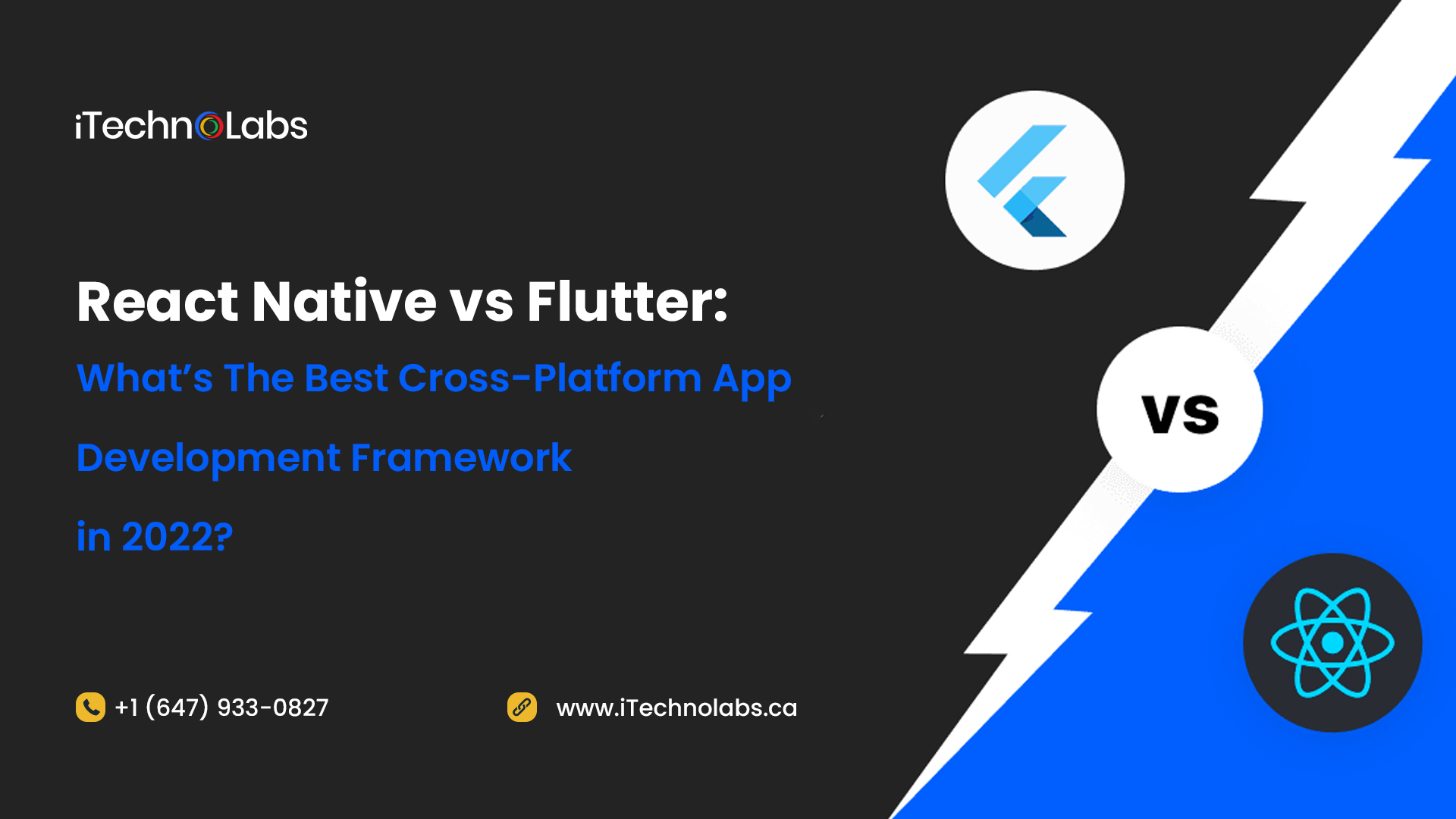 The framework you choose determines the productivity and features of your future application. The user’s device will overheat, lag, and malfunction if an app is poorly designed. 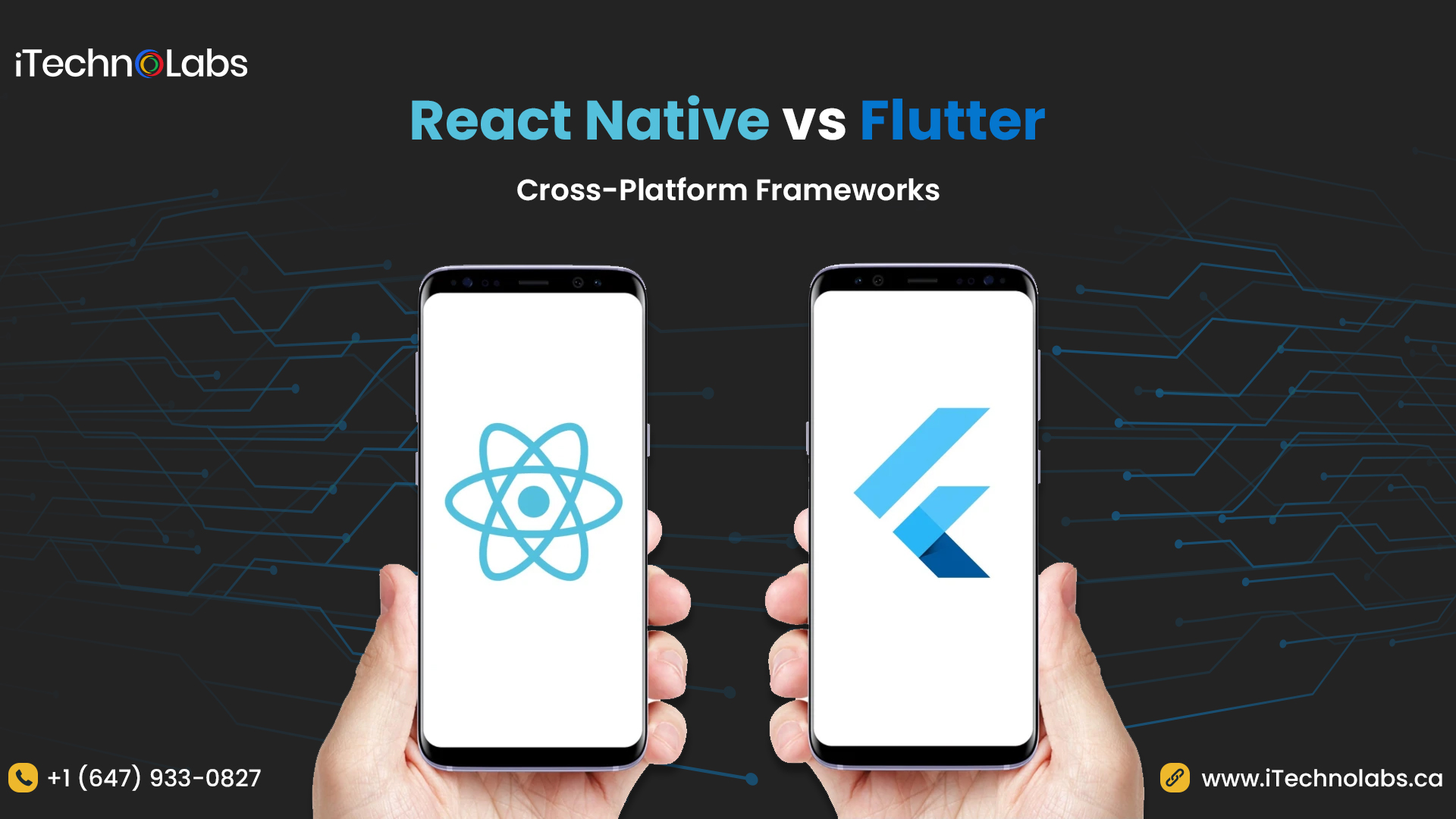 These two cross-platform frameworks are both among the best on the market. The two apps offer highly customizable, responsive UIs with NativeWidgets that can be shared across platforms.

These tech giants have a number of teams working on everything from SDKs to documentation, support, etc., of their respective platforms, like Flutter and React Native.

Both Flutter and React Native are native apps, but they differ in that they allow for a large portion of the codebase to be shared across platforms.

While Flutter compiles into a native mobile language (Java, Swift, Objective-C), React Native simply executes its JavaScript code. Flutter compiles its Dart to Native, so its performance can be affected (more on that later).

On React Native, vanilla JavaScript (instead of JSX) is used to write components. Flow or TypeScript are recommended by Facebook developers when using React. Because of Dart’s static typing system, Google recommends using it for writing Flutter code as well.

We believe that choosing between these two technologies should be decided more by personal preferences than by the features and capabilities they offer. The main thing is to pick up new languages and frameworks even if your native language isn’t written in them.

JavaScript (ES2015+) or TypeScript/Flow familiar programmers will have an easier time getting started with React Native. There is a big overlap between React and React Native for developers who have used React for the web.

Despite JavaScript’s dominance in the mobile development space, and the ability to choose your preferred programming language with React Native and Flutter, it’s hard to predict which of these languages will be more popular in 2022.

Another important factor that may influence this decision is the following:

Both React Native and Flutter are expected to be big players in 2022, so the choice is yours based on what is most convenient for you. 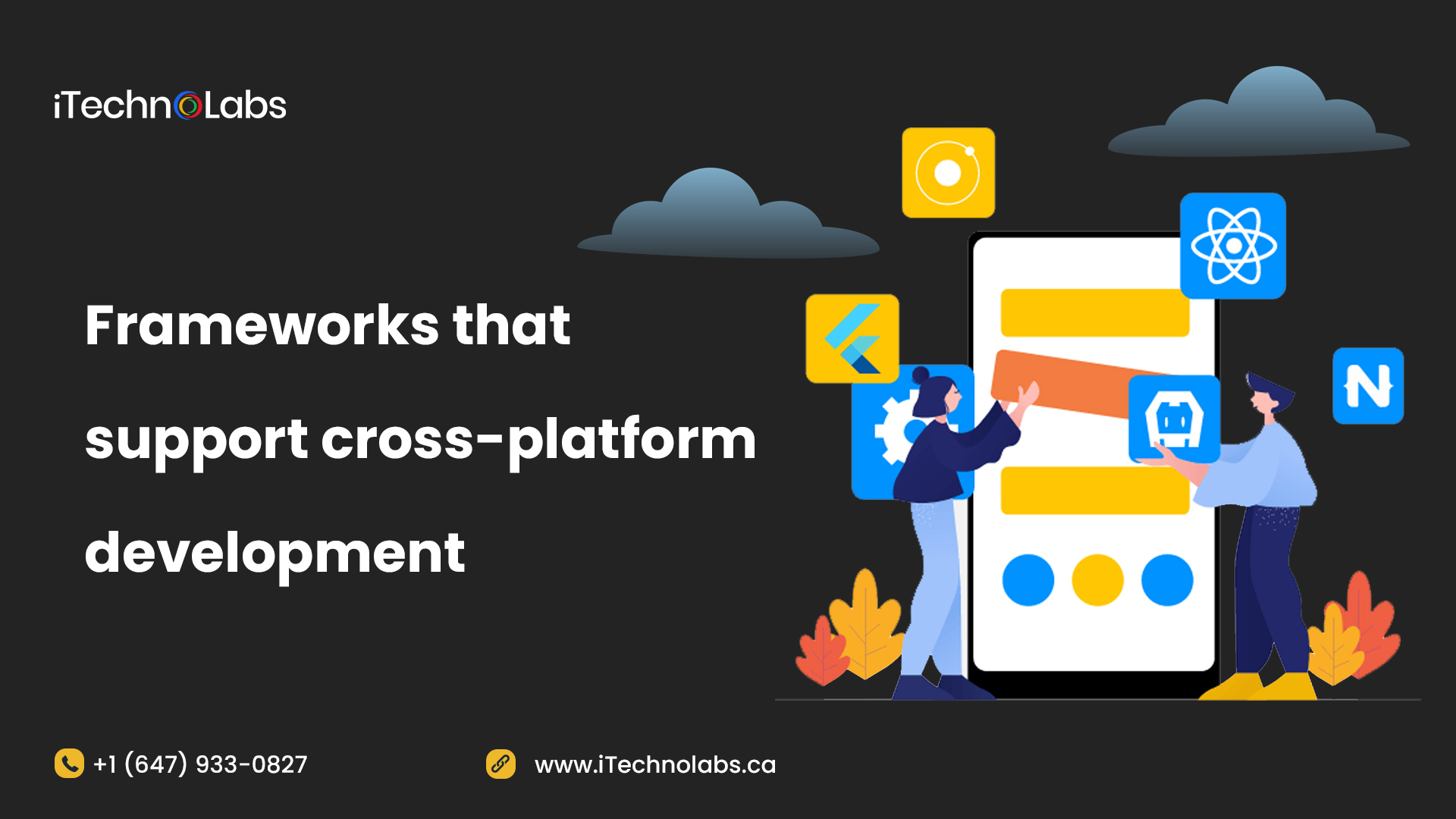 Despite their similarities in terms of concepts and features, cross-platform mobile development frameworks are developed with different goals in mind.

React Native combines native code performance and an easy to use development environment, like React web. In other words, you wouldn’t use a single set of shared components between iOS and Android but rather wrap each UI into its own JavaScript bundle, allowing you to ship almost half the app’s files separately.

The primary motive for creating Flutter was to serve Google’s needs. This is essentially an attempt to merge fast development cycles with native code performance while developing reusable UI components that can be shared between iOS and Android apps. The main reason React Native is slower than Google Flutter is this.

In addition to making app development easier, Flutter was specifically designed to make them more accessible by allowing developers to write code using Dart, a language they can master in a weekend, depending on their skillset. Flutter is the framework chosen by companies that want to quickly develop native mobile applications while retaining performance and features.

Is Flutter an alternative to React Native? 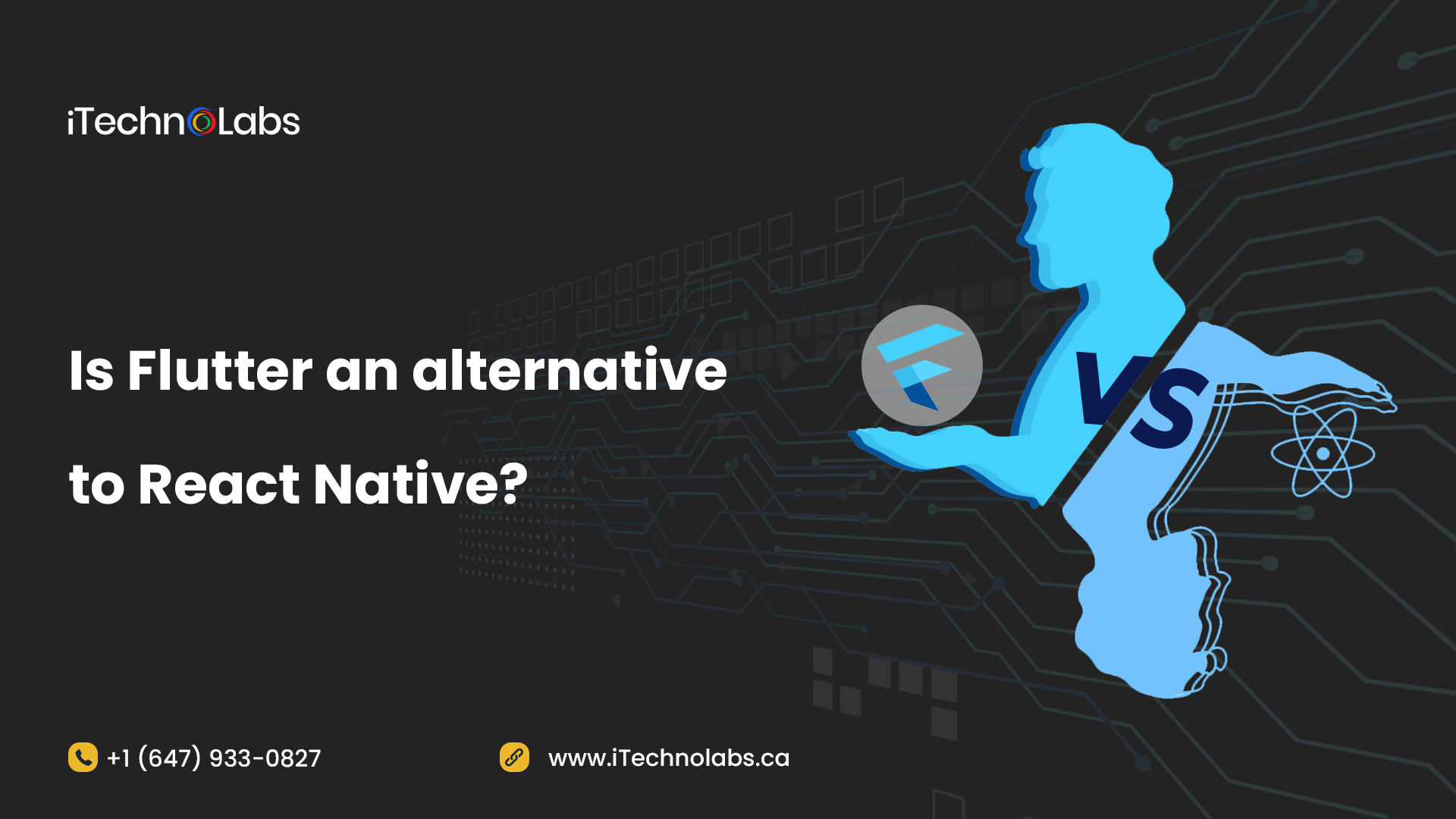 A Flutter-based application is indistinguishable from a native one. Their performance and appearance are identical (except for some platform-specific styling).

Typically when people use React Native to build apps, they complain about its runtime environment, which makes it harder than managing a separate process for each architecture. React Native will not provide you with the same performance as a native app, although you can get close.

With Flutter, your existing JavaScript codebases will not be supported, and some components shared between iOS and Android apps will not be re-used as with React Native.

Let’s now take a closer look at each framework’s technical advantages and disadvantages.

Selecting the right framework for your mobile application requires consideration of the user experience. Users should experience intuitive experiences that motivate them to stick with a product or brand. You are also able to refine your website’s customer journeys in a way that’s most conducive to your business’ success with a meaningful user experience.

The user experience with Flutter is rich with simple tools, elements, and even custom widgets. It is also a part of Dart to create UI frames for temporary objects through the generational garbage collection feature. Due to the Dart feature, objects can be allocated within a single pointer bump, preventing UI clutter, eye strain, and shutter lag caused by animations.

It’s hard for React Native to keep up with constantly changing native platform requirements, especially since Android’s Material Design and iOS’s Style Design are constantly evolving. It also becomes even more difficult to create consistent designs across platforms when you use readymade React Native UI kits such as React Virgin, Shoutem, and Ant Design. Nevertheless, there are some valuable components in the Flutter vs React Native comparison, including ScrollView fixed headers, Modal components, Activity indicators, Snap carousels, and Pagination components.

Framework modularity refers to the extent to which various types of people with varying technical skills and experiences can collaborate on the same project. An incoherent code structure can delay the development of a big application. In terms of modularity, let’s compare Flutter and React Native.

Using Flutter’s pub package system, project codes can be divided into different modules with better accessibility for teams. Thanks to the plug-in capability, you and your team can easily add or modify codebases and construct different modules. BMW architects talked about how Flutter lets them work effortlessly with teams of various skillsets at the Droidcon NYC conference this year.

The modularity support in React Native may be less than that in Flutter. You might have a hard time correlating iOS, Android, and Reactjs developers. React Native code fragmentation may be an issue for different teams without expertise. To some extent, React Native allows the combination of simple native elements of different operating systems to allow developers to work together.

The APIs of React Native and Flutter are similar in complexity, though the developer’s expertise will determine how easily they can be learned. The developer communities at both companies have a large and engaged developer community that assists new developers and creates new tools and components consistently.

New developers would likely be wise to start with React Native if they have little or no coding experience. The predefined components can be used to develop almost any iOS or Android app. As a result, you are not required to learn all the APIs used for rendering views at one time.

If you have some coding experience, however, we would probably recommend Flutter over React Native as its APIs are more comparable to that of iOS and Android.

Flutter’s team is also working hard to ensure that it can compete with other SDKs (such as React Native) in ensuring that its development experience is as good as theirs.

Flutter versus React Native in 2022 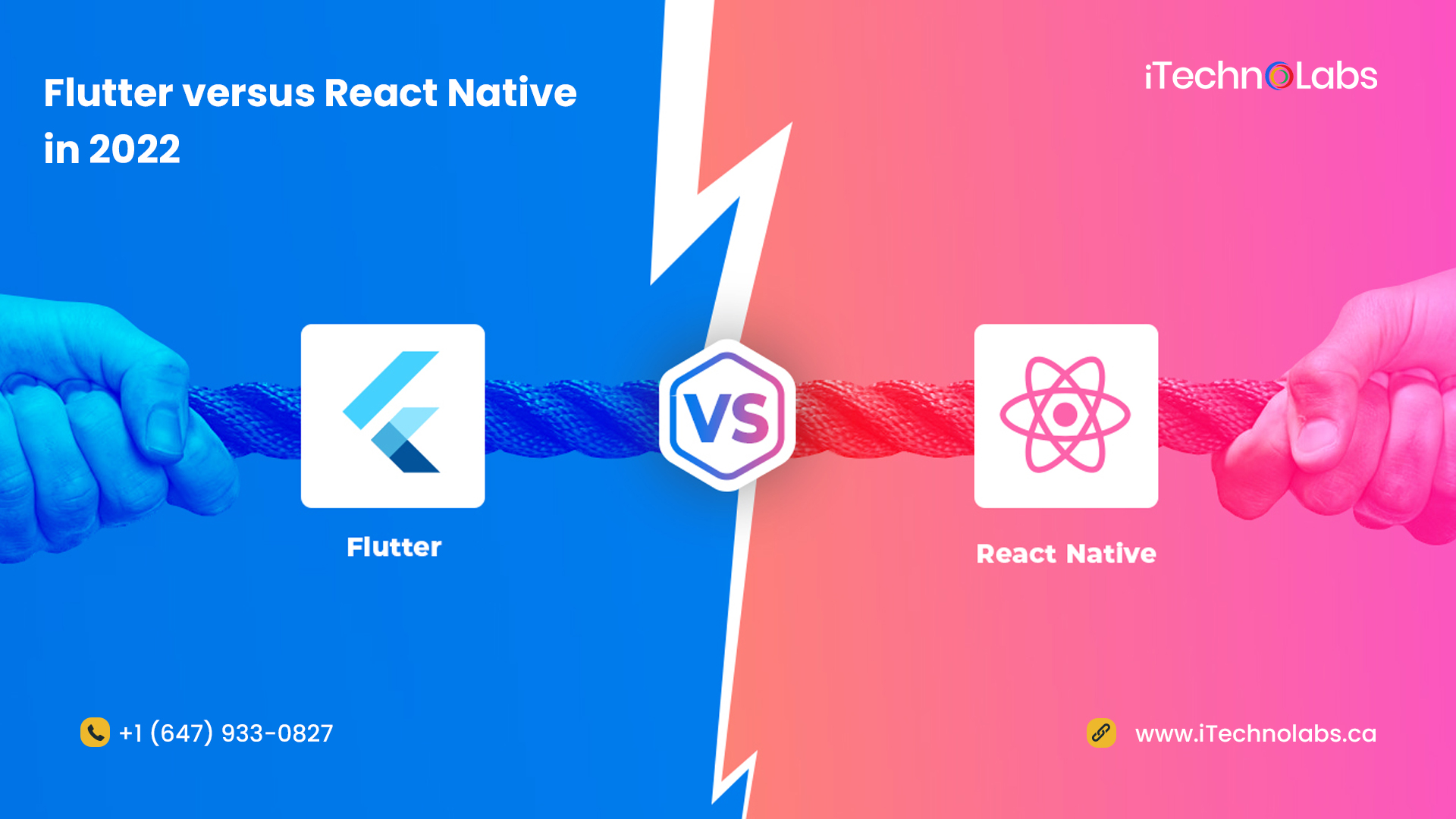 Many companies have used React Native since it was released in 2015. Thanks to community contributions, React Native has also evolved over time to include enhanced features in the JavaScript world.

If you come from an Android or iOS background, Flutter might seem alien to you. In addition to making it easy to learn, Google has also put a lot of effort into making it super intuitive. This means most iOS or Android developers can pick it up in no time.

Are You Still Confused to Choose React Native vs Flutter App Development Framework? 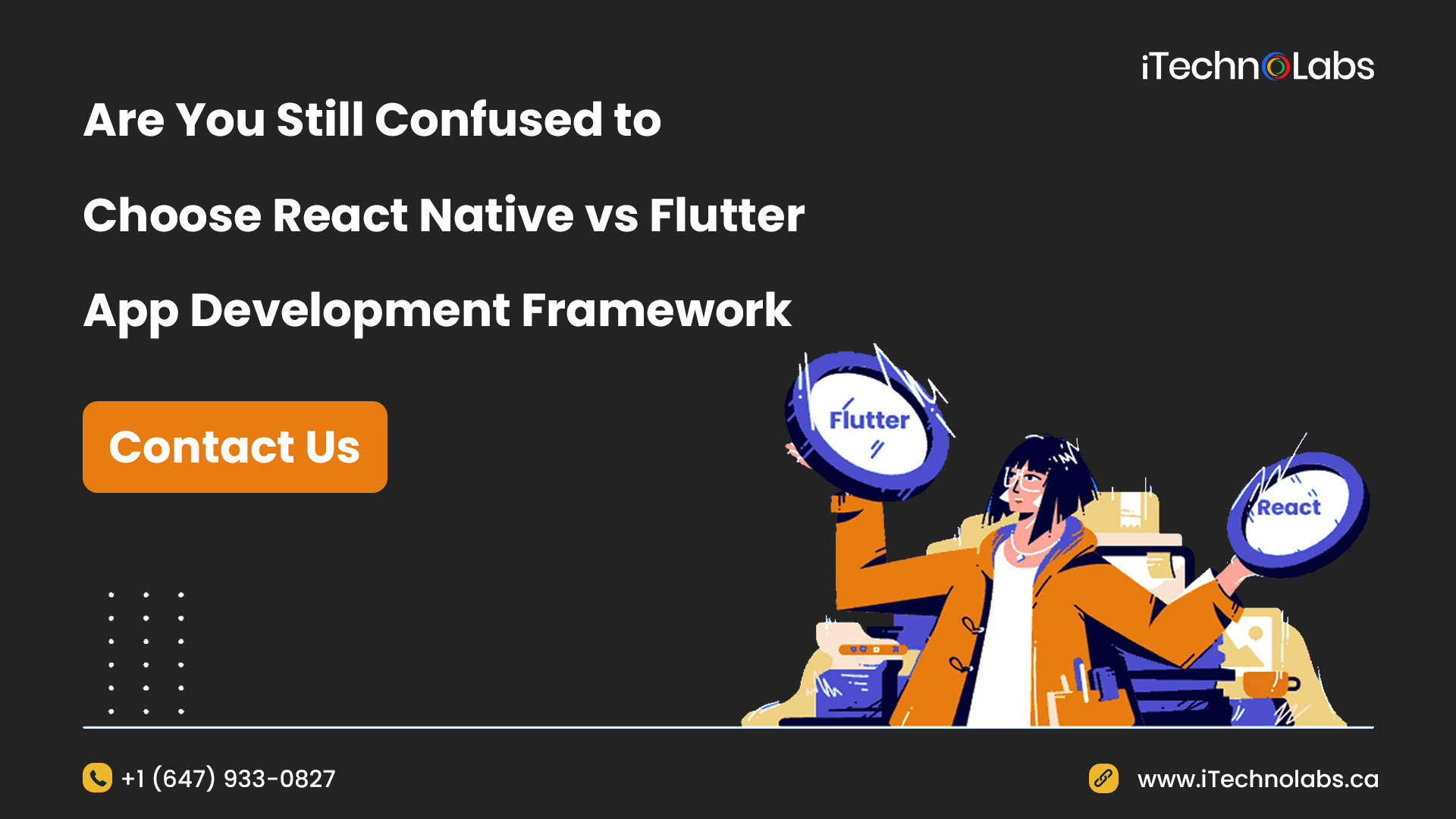 With Flutter or React Native, you can build cross-platform applications easily. Before choosing one of them, you should be aware of their key differences, even though they have some similarities.

Choosing the right cross-platform framework for an app for your business or startup depends on many factors, including development experience, development team, and how your app will interact with native elements.