How Much Does it Cost to Hire ReactJS Developers For Your Project?

How Much Does it Cost to Hire ReactJS Developers For Your Project? 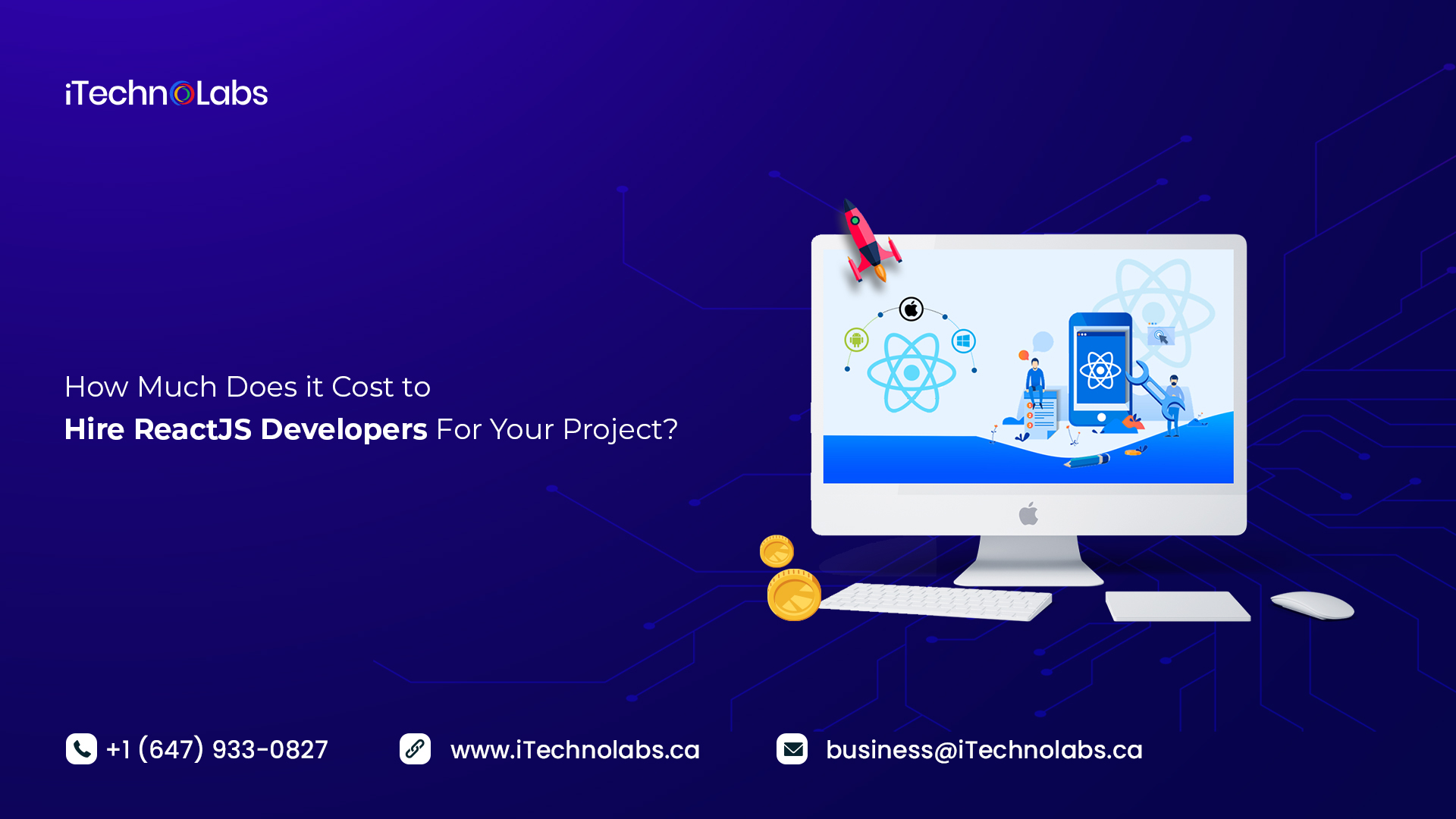 Most product owners have turned to the React framework when creating dynamic and interactive web applications. It has many features, such as high performance, the ability to grow, reliability, flexibility, etc.

If you choose to React over the other front-end frameworks and want to know how much it costs to hire a React developer, you’ve come to the right blog post. It covers everything a business owner should think about.

There is always a lot to do when finding the right person for a development project. If the software is new and advanced, the difficulty level goes up to the next level. For example, if you want to employ Reactjs developers, you may require to think about many essential things because Reactjs can be used in many different ways. Also, there are more Reactjs developers (40.14%) than before. Because of this, it gets more complicated.

The cost of hiring a ReactJS developer is just one of many things that need to be looked at carefully to make sure that prices are balanced. According to Failory, 16% of new businesses fail because they can’t get enough money. To avoid being one of that 16% of startups, you should consider how much it will Cost to Hire ReactJS Developers.

Why is it hard to find ReactJS developers?

React.js beat out jQuery to become the most popular and widely used web framework in 2021, with 40.41 percent of all developers worldwide using it. Most companies now use the React framework for their development work because it is scalable and requires little maintenance.

More than 7.4 million websites live now that were built with this library. Some well-known names are Netflix, Dropbox, Facebook, the BBC, Yahoo Mail, and many more. React is simple, easy to learn, flexible, and works well with other technologies.

Because of all these benefits, there is a huge need for people who know how to use React in the job market. Not surprisingly, this makes salaries go up all over the world. This guide will help you figure out how much it should cost to hire a React developer for your project.

What affects the cost of making a React app? 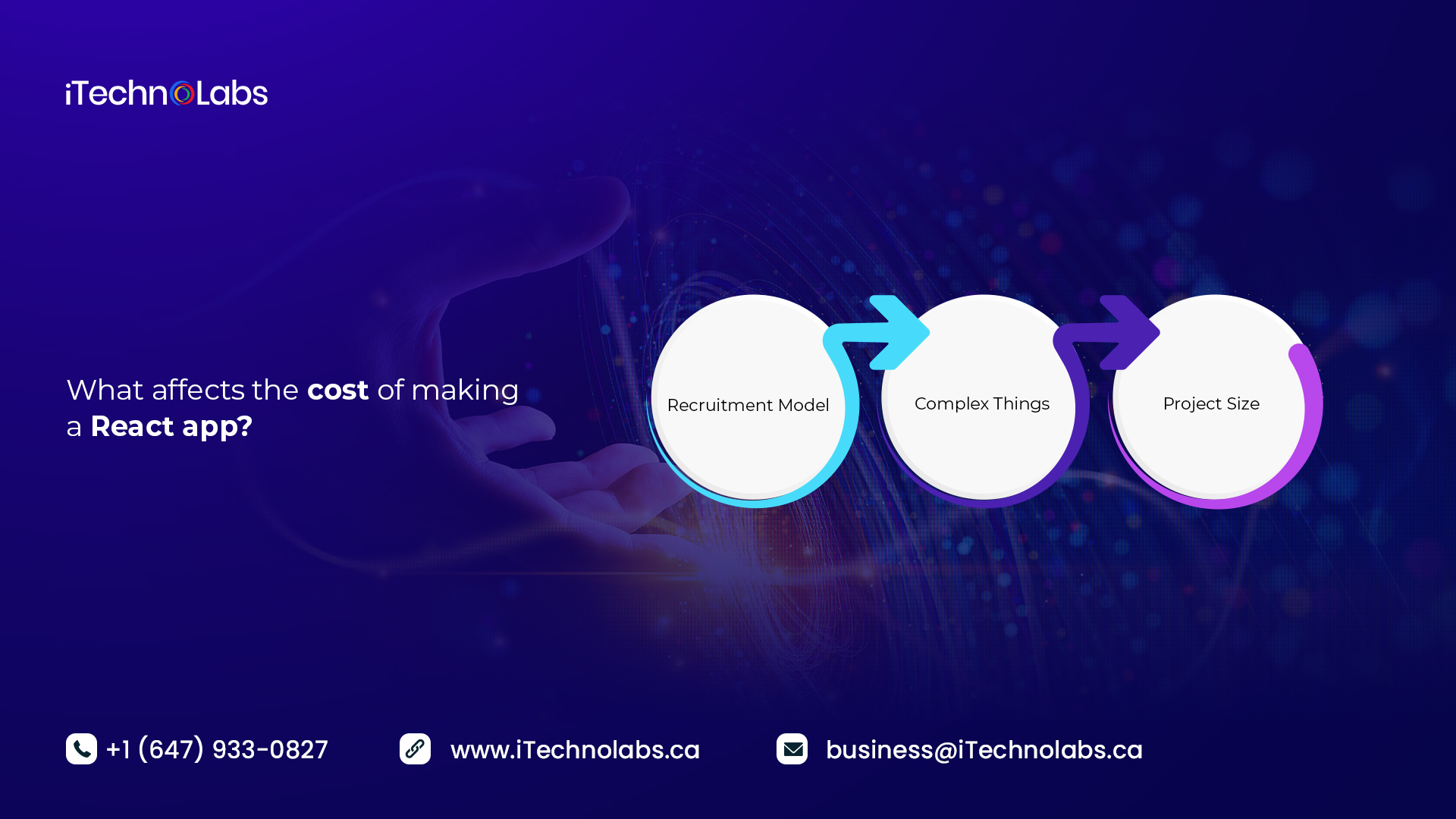 If you want to build a web app with React, check out the factors below that affect the cost of React app development, such as project size, recruitment model, features that are hard to build, and integrations with third-party apps.

The cost of making a React app will also depend on which model of hiring you choose for making the app. The two types of engagement are the fixed price model and the dedicated model.

The fixed-price model has a set of fixed requirements and a budget for the project to be finished by a specific date. Business owners often choose these models whose needs for their digital products are small and stable.

When it comes to the dedicated model, it is considered long-term product development because it doesn’t have fixed requirements, and the conditions may change during application development.

When your apps have a lot of features, more people will use them. Most of the time, simple elements are free, while complex ones cost money, which drives up the cost of development. Some examples of complex features are integrating payments, maps, streaming videos, etc. You also need a particular set of skills to add these features to your application.

Most React apps are significant in terms of how many files they have and how complicated those files are. In a big React app, files are usually hundreds or even thousands of kilobytes in size. Here, we’ll talk about how important it is to ensure your React app is easy to update and can grow to meet future needs.

The requirements are more important the more significant your project is. They are a plan, a timeline, and basic needs that you can use to build a React app. There should be some wiggle room in the specifications you collect before you employ ReactJS Developers From India regarding the functionality of your product, the characteristics of a successful launch, and the desired end result. In other words, the less we know about what we’re building, the more open-ended, vague, or closed a requirement is.

This is especially clear if you’re making an extensive application. In this situation, a simple prototype usually isn’t enough; it needs to work and be able to grow. You also need to think ahead about problems with the architecture and have a plan to scale when the time comes (i.e., remove technical debt). 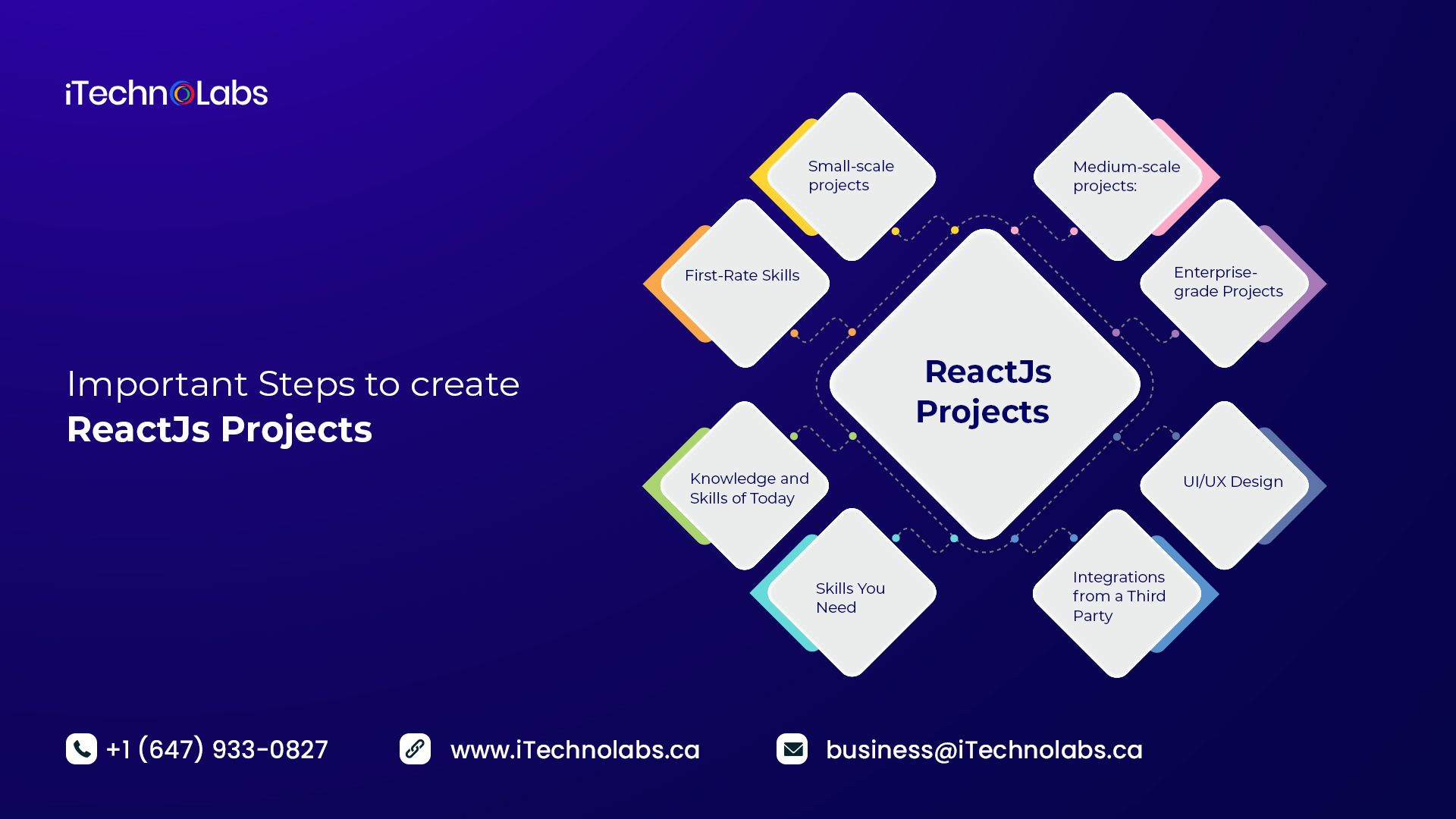 Small-scale projects are popular among developers. This is a good choice if you want a small app for your business. You won’t need to hire many React Js developers if your company has a small project.

Small projects can be done quickly and with little work by the developers. You might want to hire React developers for your small projects because it will reduce the time it takes to make an app.

Medium-sized projects have various features and functions, such as a Chatbot or some extra integration.

Always keep in mind that projects for the enterprise will cost more. One of the main reasons for this high cost is the complexity of the project and the type of interfaces you want in the application. You’ll need to hire more React developers if you want your business to have an enterprise-level app because one developer can’t build an enterprise-grade app from start to finish.

Most of the time, enterprise-level projects will include applications for enterprise resource planning, among other things. You’ll see that these apps can handle many different tasks, such as project management, accounting, and many others.

In the end, how much it costs to hire React developers depends on what features and third-party libraries you want in your app.

5. Integrations from a Third Party

You could say that every project needs a developer with a certain amount of experience. Because not every developer has to know everything, you need to hire different kinds of React Js developers with expertise in other areas.

7. Knowledge and Skills of Today

The developers should know how to do full-stack development and have built different cloud-based solutions.

If the developers have worked on other JavaScript frameworks like NodeJs, Angular, etc., they will be able to use the ReactJs library more efficiently.

The developers should have worked with cloud-based technologies like Google Cloud Platform, OpenStack Apache, Microsoft Azure, Amazon AWS, and many more.

If the remote react developers have worked with MySQL, Redis, MongoDB, PostgreSQL, etc., it can be helpful for the developers to know how to use these databases.

If you want to know the most critical skills React developers should have, you’ve come to the right place.

You could say that any developer who works with React should know the basics of open-source libraries like JQuery, RequireJs, and many others.

Before hiring remote React developers, you need to ensure they know how to use tools like Flux, Redux, Webpack, and many others.

Do You Want to Know the Cost to Hire ReactJS Developers for Your Project? 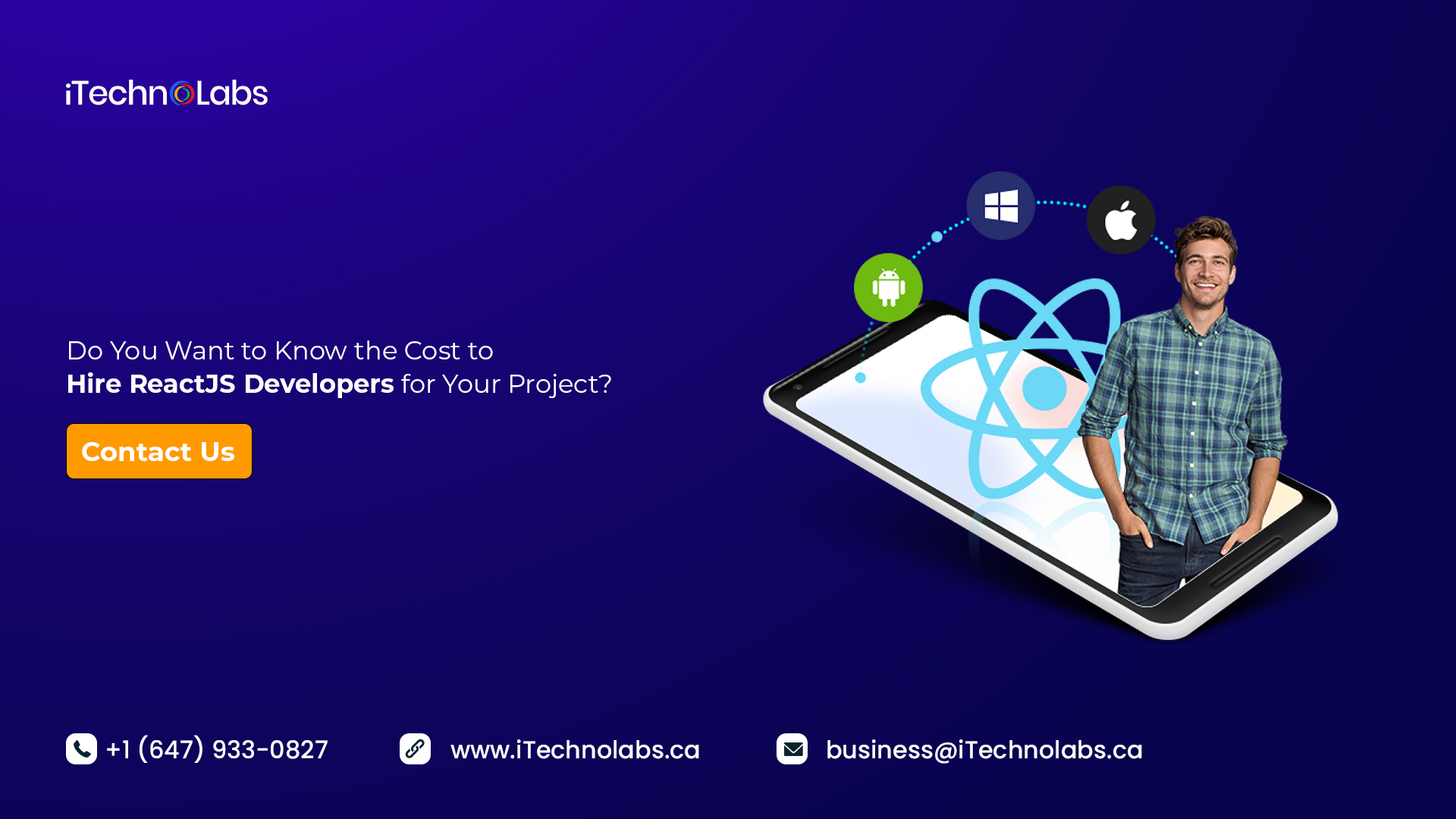 Now you know the different developers you can hire for your project, right? But it would help if you kept in mind that hiring ReactJs developers for your project can be complicated. You can talk to Tagline Infotech about this because we have a team of experienced React developers who have finished many projects successfully. Our developers will determine what you want from the app and build one with all the necessary features.