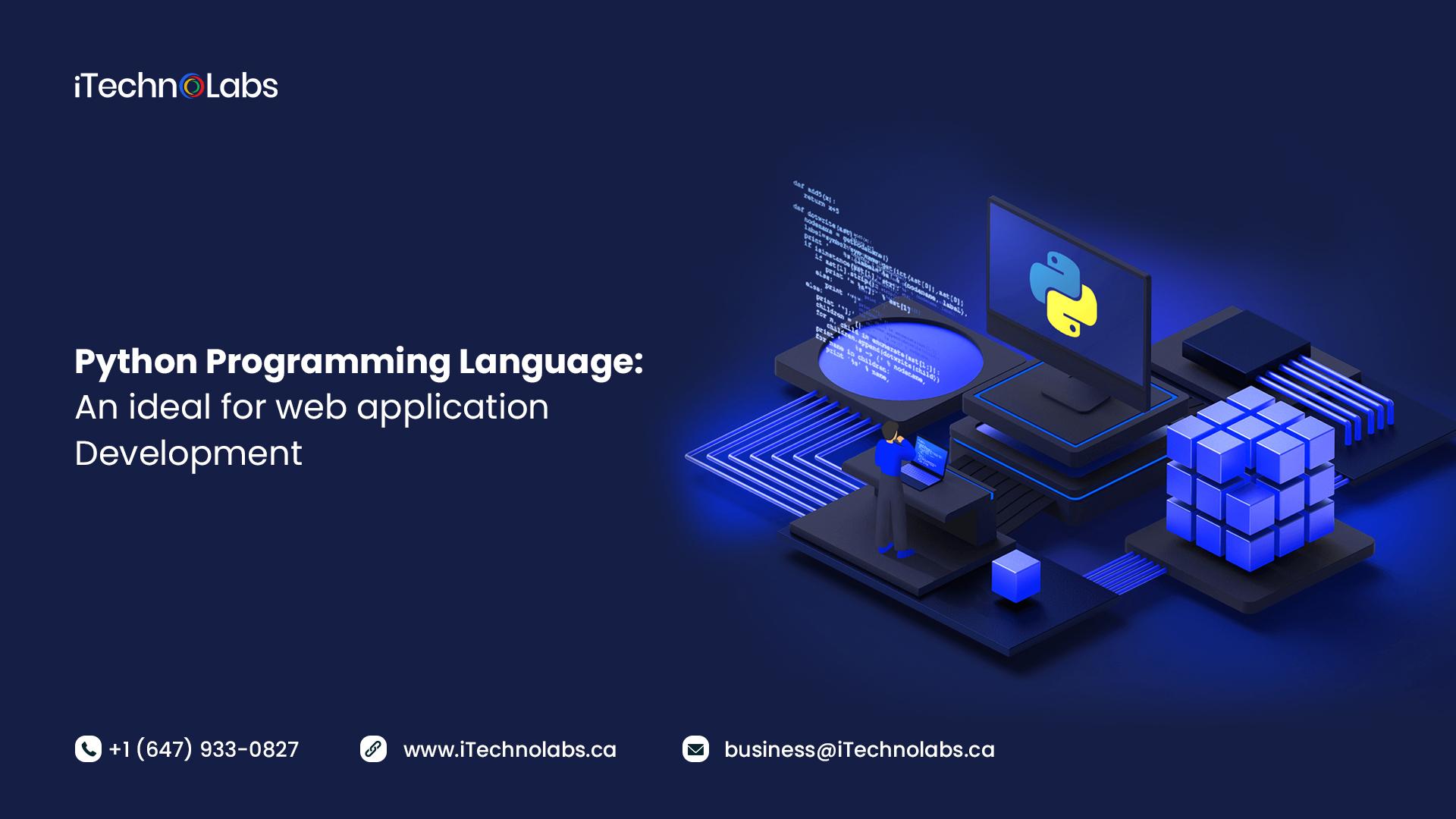 Building a website can be a challenging job. There are many ways to write code that can be used to make a good product. So, which one of them must be selected? Python is the language that has turned into the most accepted web growth framework through time.

Python Programming Language is a web application development language that is very powerful and up-to-date. Developers who know how to do this are in high demand, but it’s hard to find a good web development company that uses Python. A company can use many languages for web development and design, but Python is the best programming language because it is so advanced and complicated.

Python Programming Language is a complex language to learn, so developers who are good at building websites with it tend to ask for higher pay. This means that most companies that make websites can’t hire programmers full-time. Usually, only big web design companies can afford to have full-time Python web programmers on staff.

Regarding highly functional programming, which will be a must-have for websites and apps in 2021, Python programming is better than other languages. Python is the best language to solve the problems of businesses daily issues because it is always getting better. Programmers use Python’s flexibility to make solutions that work well and meet the needs of business owners in the United States. To ensure that Python developers are always learning new ways to create up-to-date websites through its strong community.

Guido van Rossum completed Python for the first time in 1991. Its idea focuses on making code easy to read, which is clear as of its easy syntax, namespaces, and harsh indentation rules. Python is often used as a first language because it is easy to learn and understand. Tim Peters gave a beautiful description of the language in 19 sayings that are known as the “zen of Python”:

Python is a well-known and widely used piece of software. Many small businesses and developers use Python, and websites for companies like Facebook, Google, Dropbox, Microsoft, Mozilla, and Intel were all made with Python. Python is used for website development by many companies, not just the big ones.

Python is sometimes called a “batteries included” language because of the Python Package Index (PyPI), which has over 70,000 libraries of code that are already set up.

Python is now used on big and small projects in many different fields, from special effects and data analytics to deep learning and web development, for all of these reasons and more. With each new release, the language keeps improving, and Python 3.8 has many valuable features.

Python’s use in web development in the real world

You might ask, “Is Python that well-known?” Yes, that’s the clear answer!

Whether you know it or not, you use it a lot. Many of our favorite websites and apps, like Netflix and Instagram, use Python as part of their tech stack. This means you can watch the latest series on Netflix or check your direct messages on Instagram. Many people operate Python, which shows that it is a valuable tool for developers.

Next, look at some of the best Python websites to see how flexible and dynamic this language can be. 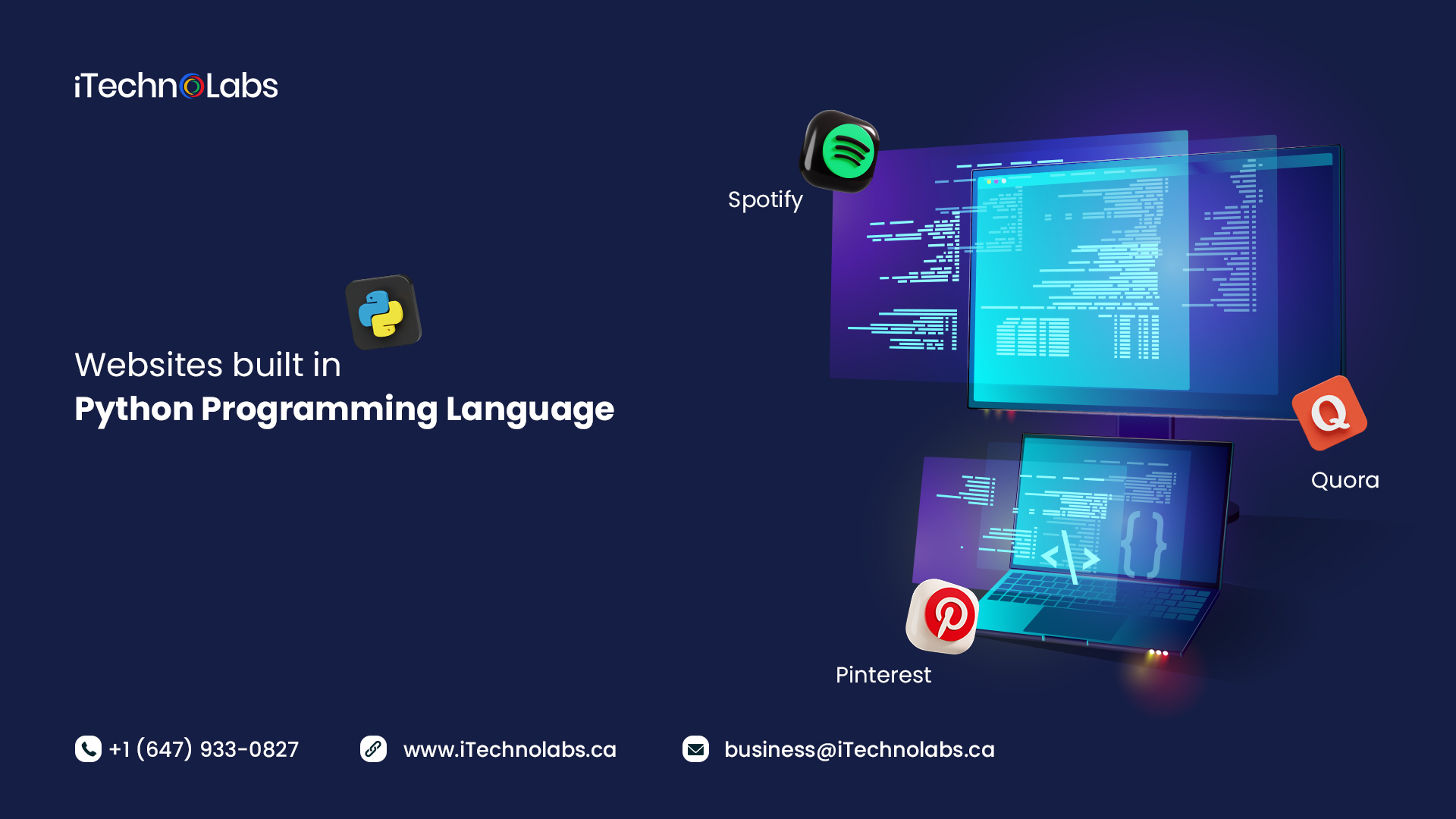 If you’re old enough to remember when you had to rip CDs onto your computer’s DVD drive (what drive? ), you’ll know how much easier it is to listen to music with Spotify. Python is used a lot on Spotify’s web backend, which comprises many services that work together. The company says that Python is used to code about 80% of these.

Quora is probably the most popular question-and-answer site on the Internet since Yahoo Answers went away (RIP). It is best known for its exciting questions and sometimes questionable answers. Still, it’s trendy, another site that uses Python a lot.

Pinterest has been on our computer screens for more than ten years. It is a social bookmarking and virtual pinboard site. It lets people put together photo collections of anything from puppies to wedding dresses to art made from driftwood. As is often the case with new websites, Python was used to build Pinterest initially because its creators knew it best. 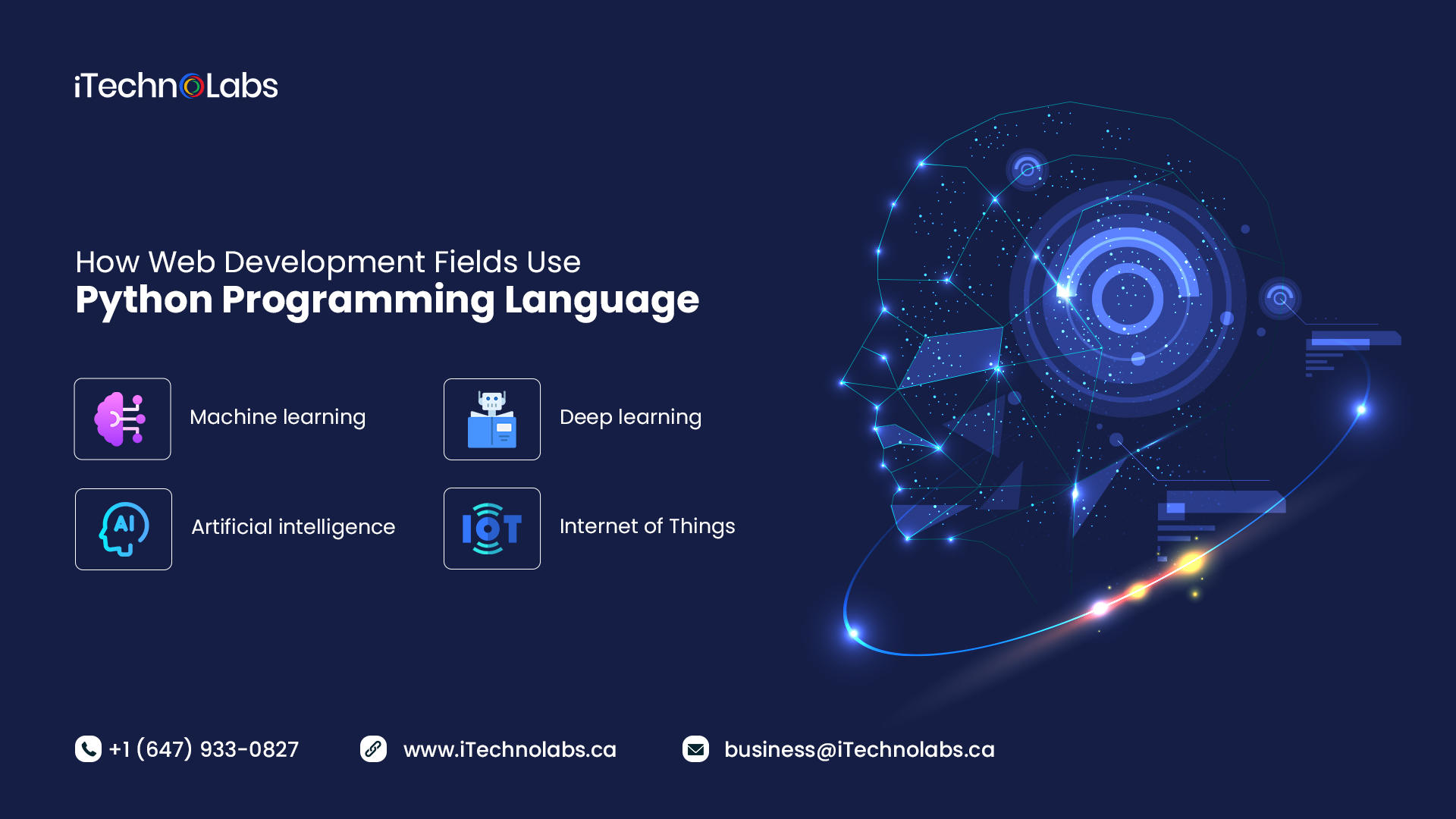 Web development is making, deploying, and running all programming interfaces and applications on the Internet. We can use Python for web development to create applications that run on the web. Most of the time, we do this using Python and JavaScript.

In today’s changing market, your company’s success and longevity will depend on how well it can adapt. 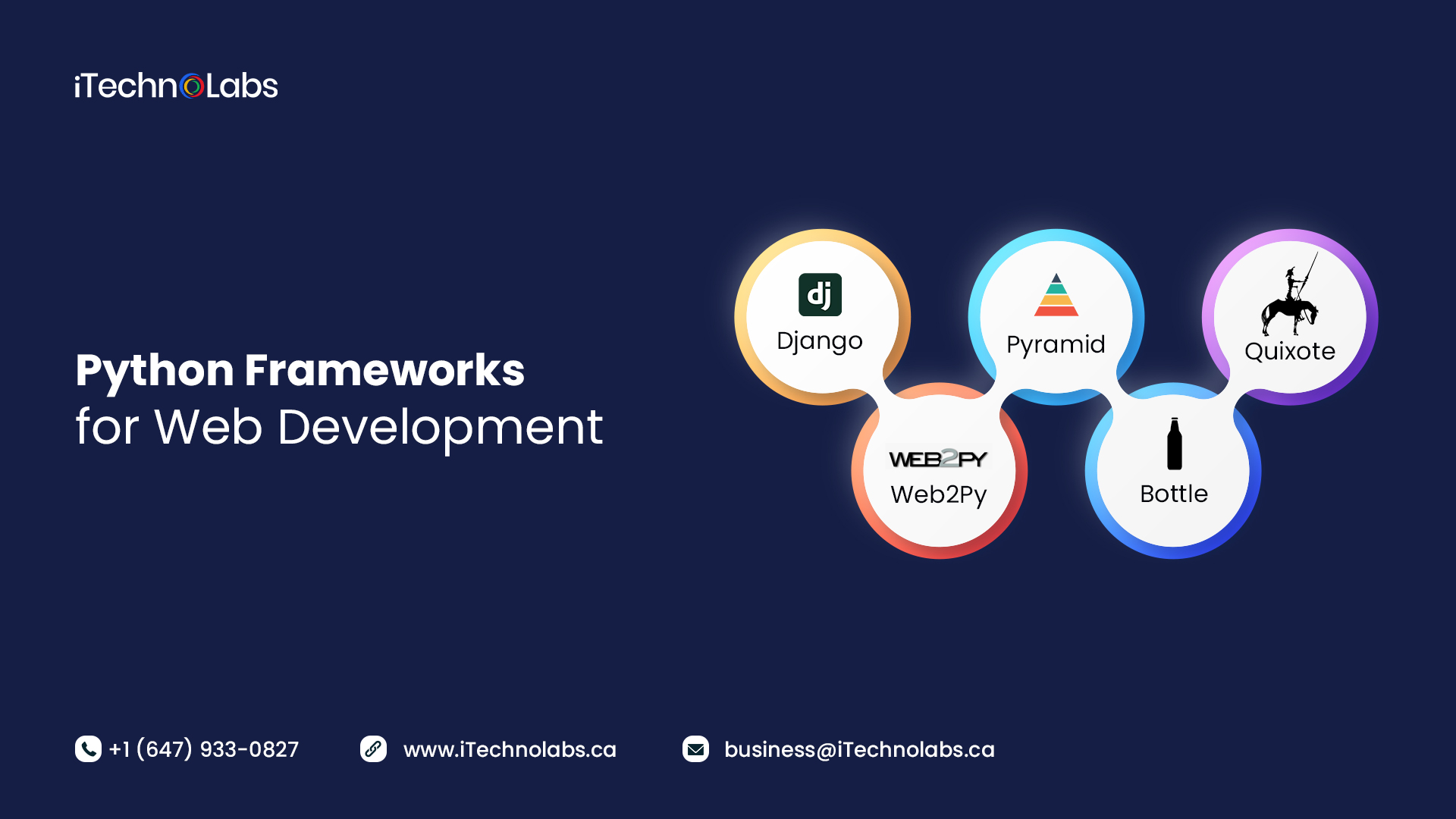 Another good thing about Python is that it has a lot of frameworks that make building programs easier. Different frameworks may be needed for other tasks.

Let’s look at some of the most popular Python frameworks.

Django is a free and open-source full stack framework of Python that makes it fast and easy for developers to write complex code and apps. Django framework makes it easier to make good web apps. It is one of the best Python frameworks, and APIs and web apps can be made quickly with it.

The Django framework is used to build more than 12,000 known projects. Also, it is one of the Python web development frameworks that has been around the longest.

This high-level framework makes it easier to create web applications by giving many robust features. It has many libraries and emphasizes efficiency, less coding, and the ability to use parts more than once.

Web2py comes with a debugger, a code editor, and a deployment tool so that you can build, test, and keep up with web applications. It is a framework that works on Windows, Unix/Linux, Mac, the Google App Engine, and other platforms.

With a web server, a SQL database, and an online interface, the framework makes it easier to make Python apps. It lets clients use web browsers to build, change, deploy, and manage web applications.

The most crucial part of Web2py is a ticketing framework. When something goes wrong, a ticket is made. This makes the client more likely to keep track of the mistake and how it’s going. It also has built-in parts for handling HTTP requests, responses, sessions, and cookies.

Pyramid is getting more and more popular. Most experienced developers are getting on board with it. Python 3 is used to sprint pyramid frameworks. This framework is flexible and lets users build simple web apps with a minimal amount of code.

The pyramid framework is very flexible and can be used for easy and complex projects. It is the best web framework for Python developers because it is easy to understand, and the quality can be measured. Mozilla, Dropbox, and SurveyMonkey have used it, all big names in the tech world.

Bottle, a small-scale framework, is one of the best Python web frameworks. In the beginning, it was made to develop the web APIs. It needs only the Python Standard Library to work.

Templates, utilities, directing, and some fundamental abstractions over the WSGI standard are all part of the out-of-the-box features. You will be writing code that is much closer to the hardware than you would be with a full-stack framework. Developers can work more closely with the hardware with Bottle. It not only makes simple apps for personal use but is also an excellent place to learn Python frameworks and try out new ideas.

Python can be used to make Web-based apps with the Quixote framework. Its goals are, in a particular order, adaptability and better performance. The traditional technology is used to make Quixote applications. So, Quixote is for a Python developer who wants to try out or learn the “real programming language.” Python classes and functions make up the logic that tells web pages how to be formatted.

Quixote has been told in three critical ways. Versions 1 and 2 look similar, but they are very different. Version 1 is no longer being kept in good shape. Version 3 wants Python 3, like Quixote 2. version 2 and 3 are supported up-to-date well, and many public sites use them.

Do You Want your Next Website build using Python Programming Language? 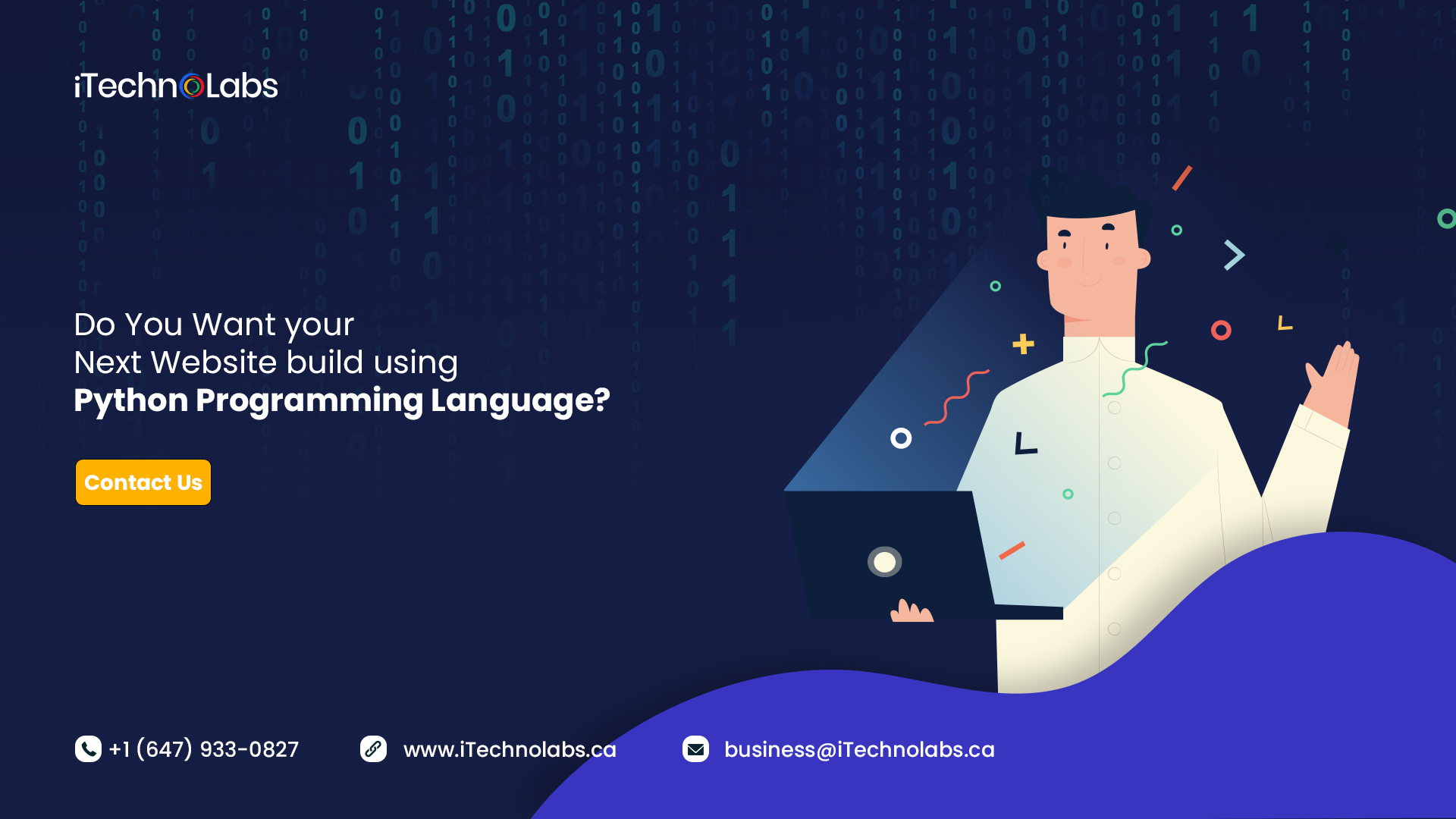 Because Python is so easy to use, making web applications with it is becoming more popular. Python web development is straightforward but a precise programming language with many features.

It’s safe to use for development because it has a very active community and frameworks that come with it. With Python, you can make it easier for people to stay on your website and speed up the time it takes for pages to load. It speeds up the time it takes for your website to load, which gives visitors the impression that they are on a new website.