What is Continuous Deployment in DevOps Production?

What is Continuous Deployment in DevOps Production? 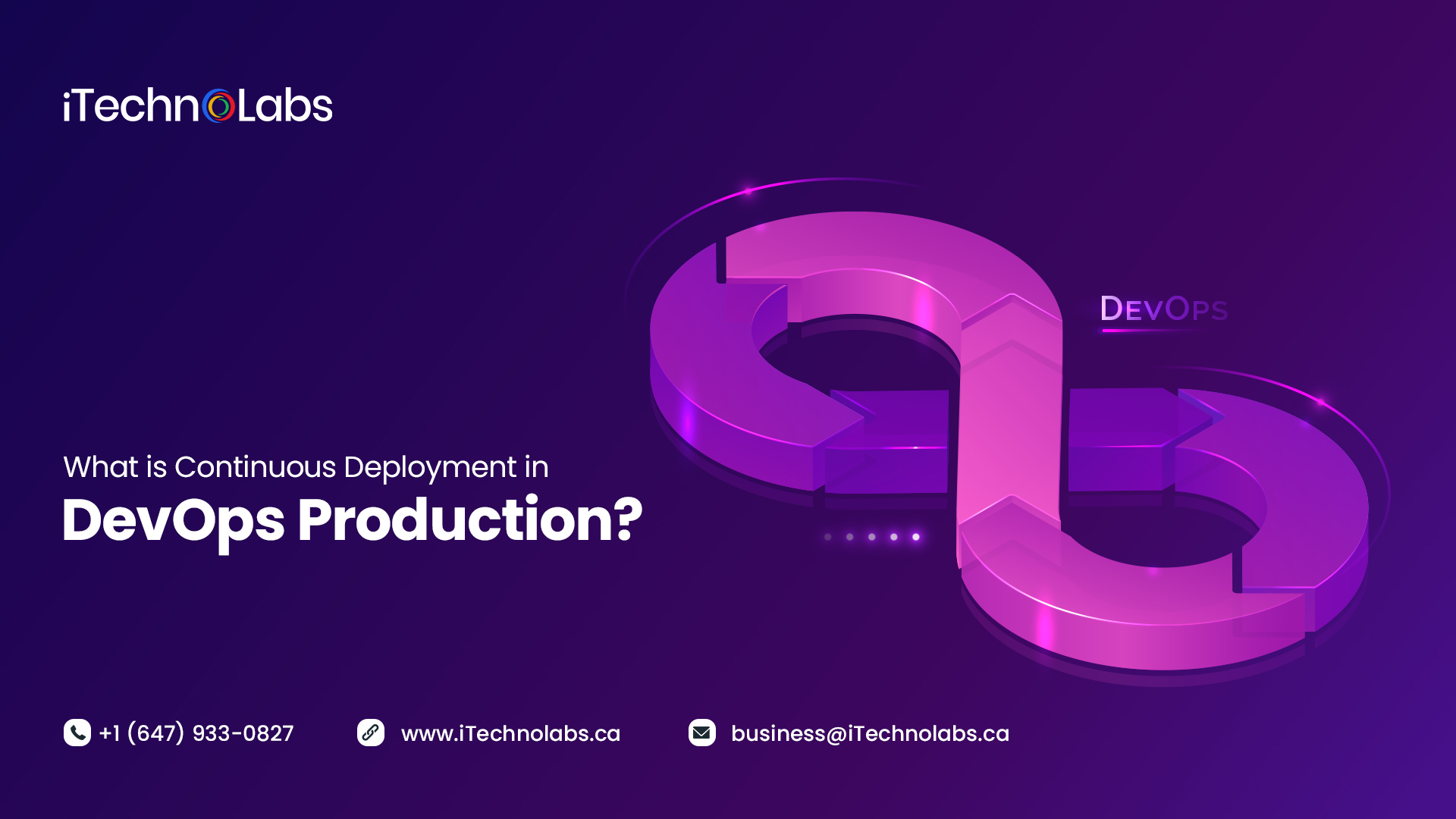 DevOps is a developing belief and structure that encourage faster, better request development and quicker release of new or updated software features or products to customers.

The practice of DevOps makes it easier for application development teams (Dev) and IT operations teams (Ops) to communicate, work together, integrate, see what’s going on, and be open and honest about it.

This closer relationship between “Dev” and “Ops” affects every part of the DevOps lifecycle, from planning the software to coding, building, testing, releasing, deploying, running, and keeping an eye on it. This relationship drives a continuous loop of improvement, development, testing, and deployment based on customer feedback. These efforts could result in changes or additions to features being made more quickly and frequently.

Some people divide DevOps goals into four groups: culture, automation, measurement, and sharing (CAMS), and DevOps tools can help in all these areas. These tools can make growth and operations workflows sleeker and automate previously slow, manual, or static everyday jobs, like integration, development, testing, Deployment, or monitoring.

How does Continuous Deployment work?

It is being agile means acting quickly and effectively, especially when it comes to developing software.

Continuous Deployment and continuous delivery are terms used together so often that they may be used the same way. This causes a lot of confusion. Both of these phrases talk about how features are put into production.

There is a big difference between the two, though. With continuous delivery, someone has to agree to put the feature into production, but with constant Deployment, this happens automatically as soon as the part passes automated testing.

But real-time monitoring would still be needed to track and fix any problems during the automated tests and ensure that the builds pass these tests. 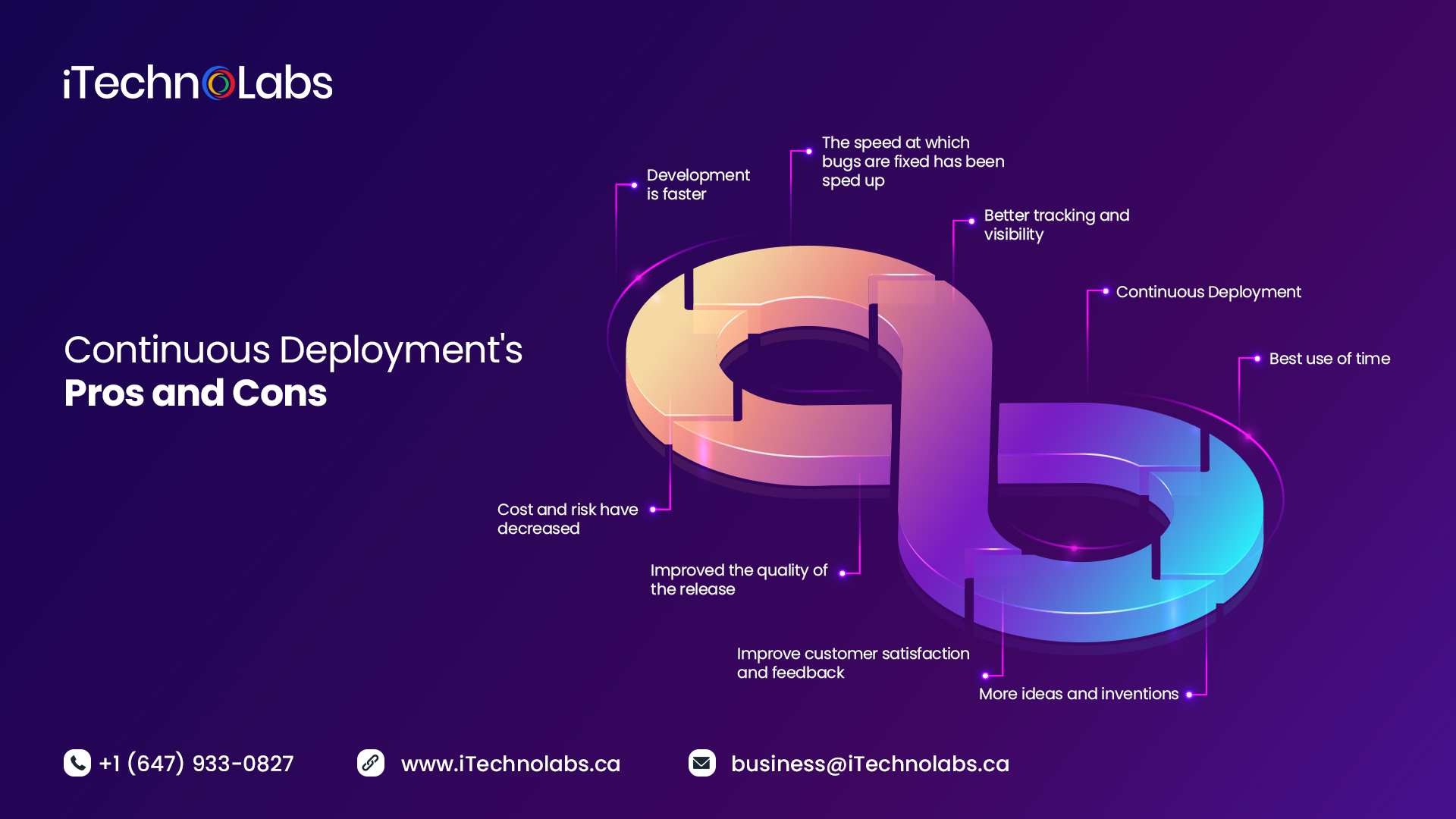 The idea of deploying even small changes ensures that bugs are found early and fixed immediately, leading to a high-quality final product. When the Development, QA, and Operations teams work together better, the deliverables are better, and customers are happier.

Related Article: Advantages of Using AWS as Your Cloud Platform in Real World 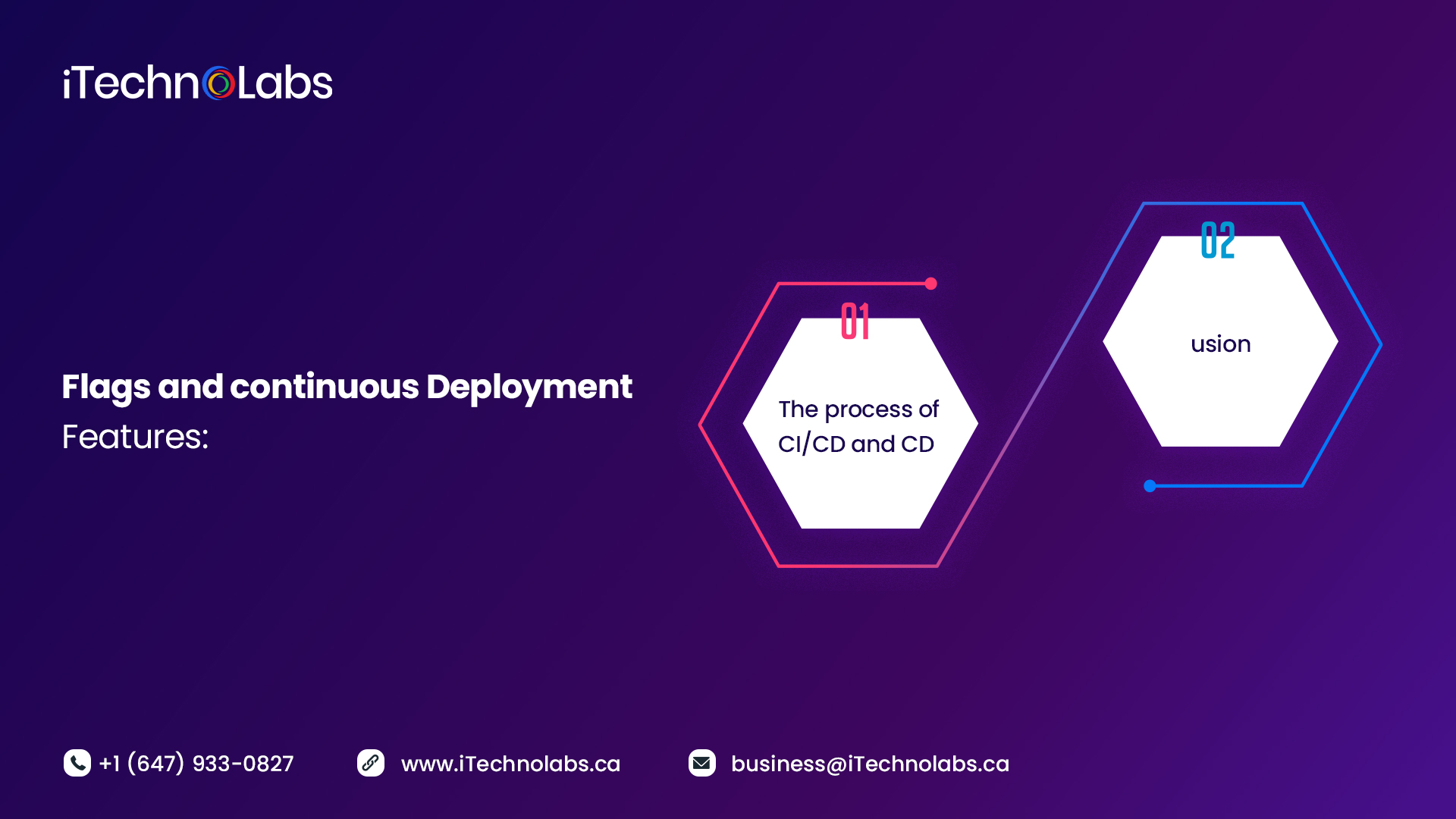 As a result, we can say that teams that use continuous Deployment need to be very thorough with their automated testing since all releases happen automatically and without approval. So, any bugs that get past these tests will end up in the software your end users use.

Using feature flags to add a layer of safety to the continuous deployment process can solve this problem. Each feature can have a kill switch on it, so it doesn’t have to be rolled back if a bug is found. Instead, you can turn off the feature toggle. This way, your users won’t see the parts of the feature that don’t work right, and the rest of the changes can be made to the quality without having to roll them back.

Important Article: Heroku App: A Comprehensive Guide on Hosting Apps in The Cloud

The process of CI/CD and CD

Continuous Deployment is a part of a process that goes on all the time. Continuous integration is the first step. This is when developers often merge their changes into the trunk or mainline. This keeps teams from getting into “merge hell,” which is what happens when developers try to combine several different branches into the main trunk less often.

The code is then sent to a testing or production environment called “continuous delivery.” Here, changes made by developers are sent to a repository, from which they are sent to a manufacturing environment. With continuous delivery, you can choose to release once a day, once a week, or once a month. However, removing as often as possible in small batches is usually best to fix any problems quickly and easily.

Continuous Deployment goes one step further and combines constant integration and continuous delivery to make software automatically available to users without any help from a person. So, continuous Deployment means that all deployments are entirely automated. It also means that changes made by developers are automatically sent from the repository to production without requiring developers to approve each release. Because of this, a lot of this process depends on well-designed test automation.

Ultimately, it’s important to remember that CI/CD, a pipeline, automates the software relief course by edifice code, running tests, and deploying this code to a live-making setting.

Continuous Deployment has made it possible for organizations to respond quickly to changes in the market. It has also cut the time it takes to respond to changing customer expectations and service demands. Less time between coming up with an idea and putting it into practice helps large projects get their money back faster. Also, the quality of the product gets better and better.

Are You Looking for a Software Development Company in the USA? 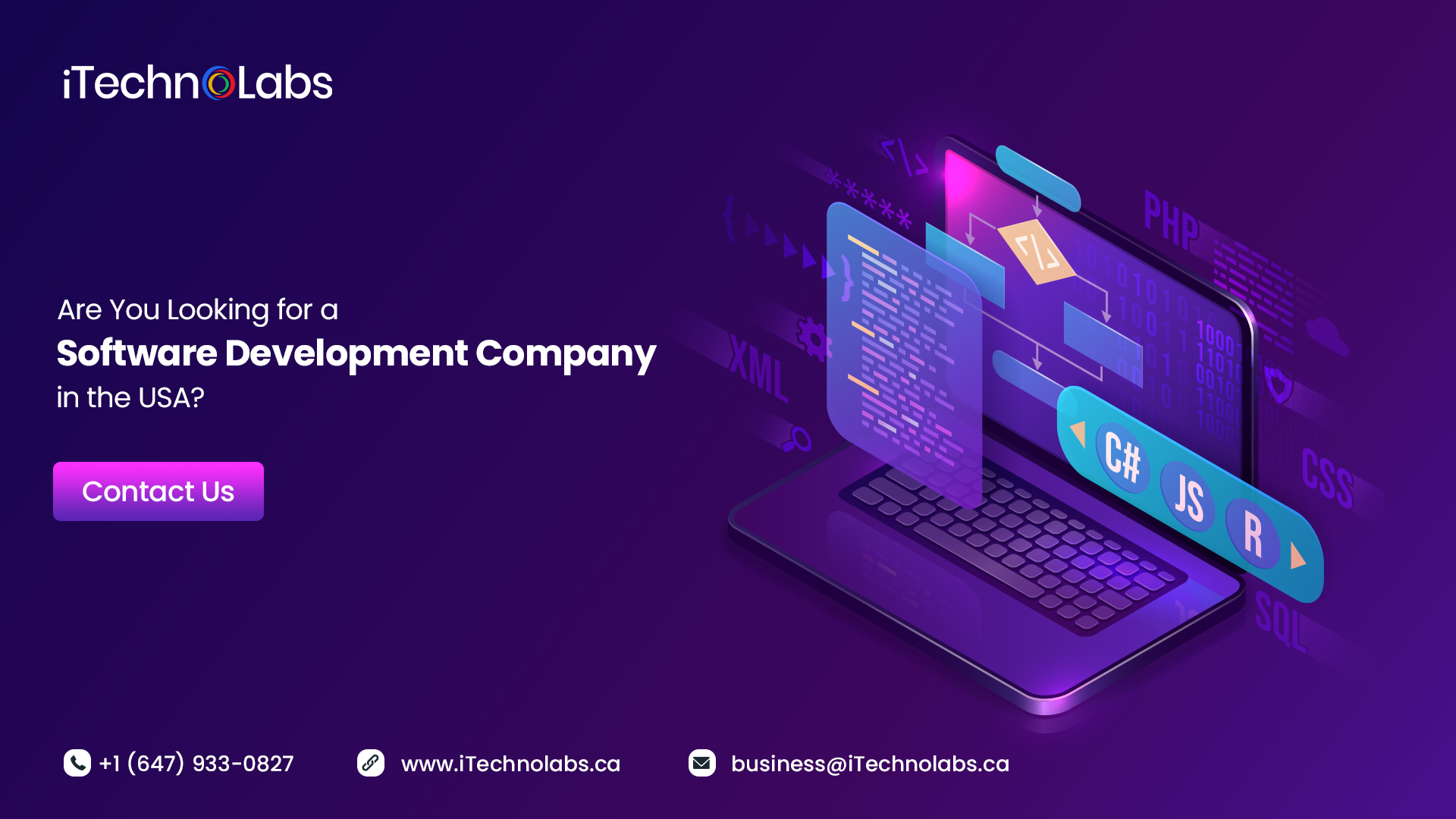 A good development strategy is essential, but it is also intelligent to have a well-defined process to ensure quality is always high. Choosing the right test automation tool makes it easier to track the progress of a project, shortens the time between releases by a lot, and gives constant feedback that can be used to improve the product.