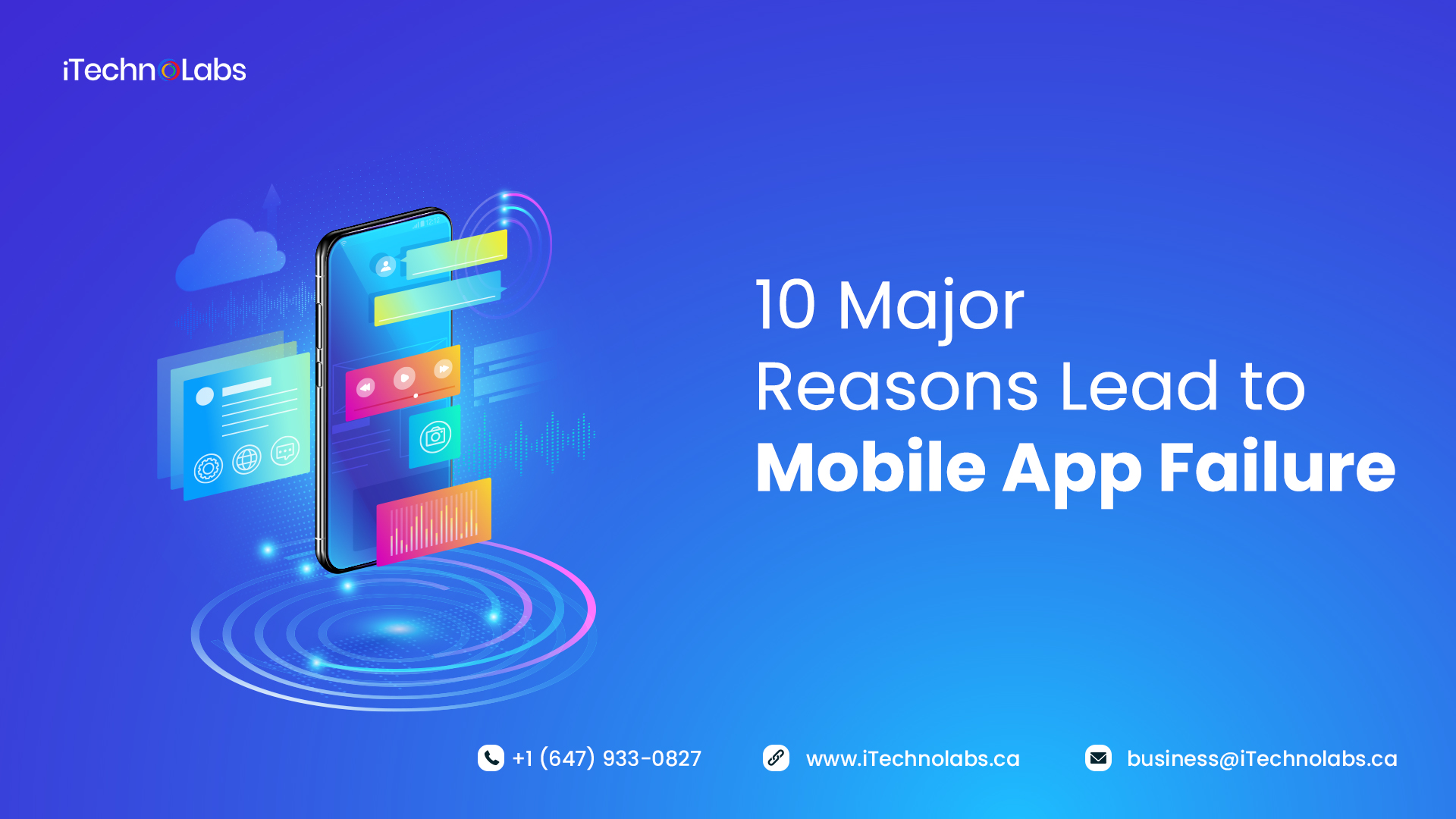 The mobile industry is growing at an exponential rate. According to Statista, it is estimated till 2023 worldwide, the mobile app download will be 299 billion. Millions of apps are developed every year, and few of them will hold a position in the marketplace. Approximately there are more than 3 million apps available on Google Play Store. But despite this buzz, the mobile app fails miserably just a few months after its launch.

Mobile app development is challenging, but to make it successful is a much more complex and challenging task. The thought of mobile app failure is beyond bugs or errors that can improve by making changes. There are numerous reasons for mobile app failure, and the developer should be aware of this issue so that it won’t make your application fail in the future.

However, the best approach to making a successful mobile application is to keep all the crucial factors in mind. Sometimes it is easy to blame a highly flooded marketplace, but the reality is far better. The developers will not follow the instructions given by the platform and repeat the mistakes. Thus, your mobile application will never achieve its goals without learning and planning.

This article will discuss some major causes behind the business-oriented mobile app failure while developing the product–or service–related app. 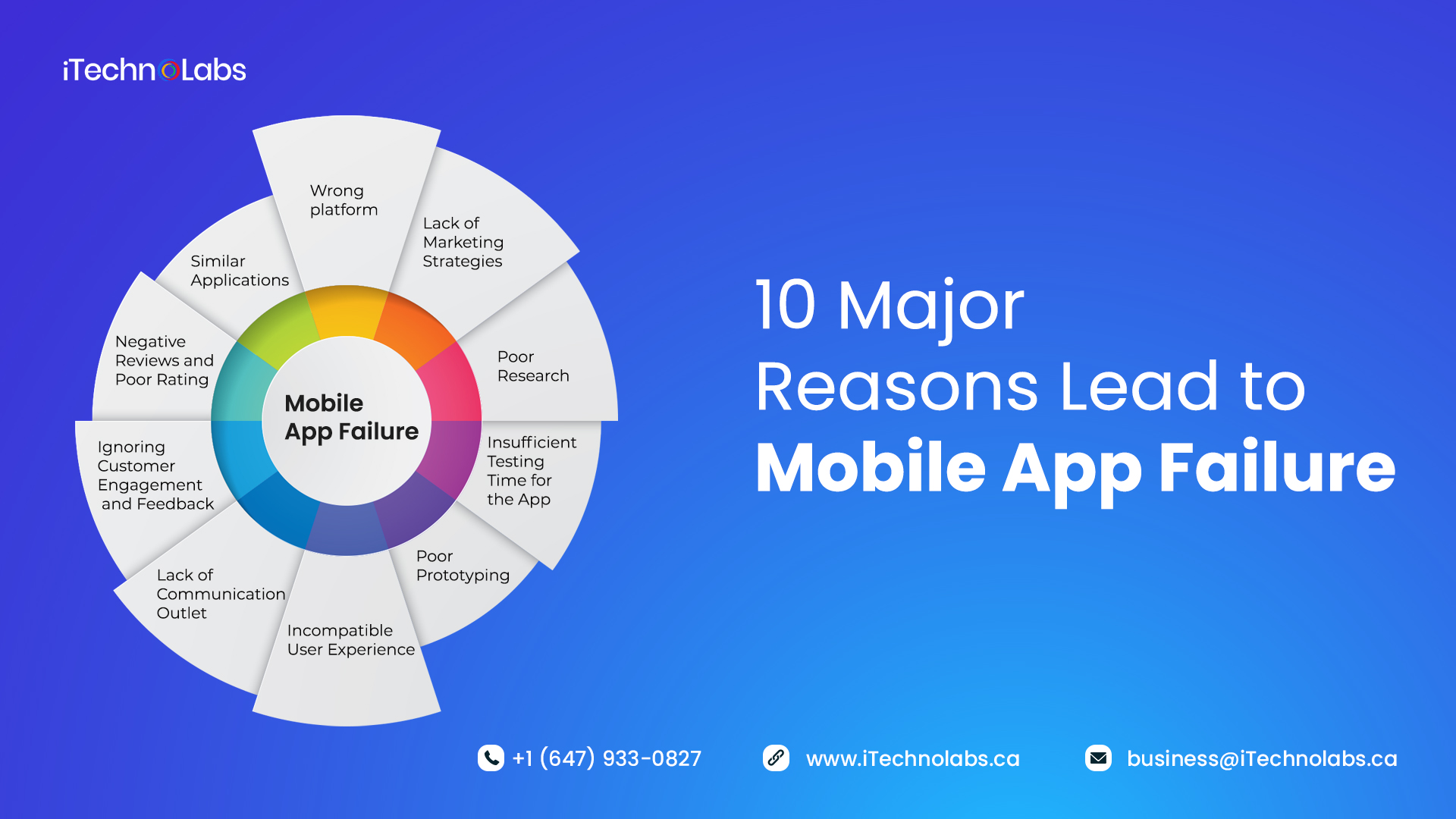 Nowadays, numerous applications are available in the market, but not all are bug-free and have an easy – interface. Many organizations are learning and understanding every challenge involved in mobile app failure. If you are also one of them, you are at the right place.

Here we have mentioned ten leading reasons that will significantly help you to understand app failures.

The two most popular mobile app platforms widely used by people are iOS and android. The choice between them depends on the target audience and the intended feature of the app. Developing apps for iOS and Android are two different things, and both platforms have their requirement. So, ignoring platform specific nuances can create a detrimental effect on user experience.

Before any product or app launching, it is crucial to plan a successful marketing strategy. Because the right system will target the audience, and you can make aware of the product you build. It is obvious how people will know until you don’t promote the app. In fact, behind mobile app failure, the leading reason is the lack of promotion.

Before creating an app, you can check if many similar apps are in the line to get their first user. Thus, there are various areas of app development. If it is poorly researched, it can lead to mobile app failure.  There are some questions that every developer should think about:

Well, this is from where you should start the work. It will give you a clear idea of whether the app will succeed.

4. Insufficient Testing Time for the App

Mobile applications require enough time for testing. The testing time is so complex that only 4% of apps are launched without any bugs. Even after their release, there is no shortage of updates and improvements based on user feedback. If you have not taken sufficient time for testing or used adequate tools, it can fail to get your app into the user’s hands.

Many companies invest millions of amounts in developing an app that is never used due to failure in planning and development. So, don’t fall victim to cutting marks; ensure the app is thoroughly tested before releasing.

Developing a successful mobile app is a tough job, and developers must keep thousands of things in mind while creating an app. In addition, besides its creation, a good user experience also plays a massive role in the app’s success. Most apps are deleted just after installation due to an unpleasant user experience. The user needs an easy interface to use, so ensure to develop an app that is user–friendly and easy to use.

Many small details matter; some specific areas are loading speed, login process, and accessibility. The user will lose interest if the app is not quick enough to respond.

No matter how good your market research is and how many quality control measures you have taken, sometimes the apps have errors, and users have different expectations. By referring to the customer feedback, you can save from mobile app failure and have the opportunity to learn and improve in the future on the app. According to a source, one in three businesses never asks the customer for feedback. Also, 43% of companies surveyed don’t make feedback a priority.

Not only asking about the user information is crucial, but it is also essential to respond to customer queries on time. After all, when customer feels heard, they are likely to be loyal.

The mobile app is primarily developed for end users. Their suggestion is always welcomed. Anything in the mobile app that causes crashes or lags in its performance will lead to negative reviews. If any business ignores customer feedback and reviews, prepare for the mobile app failure.

As millions of apps have similar features, any negative review will destroy the whole app’s success. The users will immediately uninstall and migrate to another app. Before installation, the savvy customer will read the reviews and then decide to download it or not. Thus, it is imperative for you to create an app that will get positive reviews from customers. If you notice deteriorating app ratings, try to improve on lacking features.

It is better true of the app market that various similar apps exist in every category. Out of them, some become apps that are downloaded and have a vast user base; on another side, some of the apps will remain unseen. So, for the success of your mobile app, you should check the competitors.

With the competitive analysis, you can define its strength and weakness. Furthermore, this data will enable you to create unique value suggestions that become a driving force in your app sales and download.

Prototyping is one of the most underrated and misunderstood steps in building a mobile app. Like many developers, designers and project managers will check the prototype when something necessary is required. In short, after completing all the research and discovering what needs to be built? Thus, great prototyping will save time and money.

The prototyping will enable the developer to visualize the ideas early and answer all the questions that become queries in the future. If you have a clear picture in your mind of what exactly to build, it does not hurt to prototype quickly to see how it looks.

However, if you want to create a new app in the competitive field, then evaluate what works for them. It helps the developers to identify the mistakes and not repeat them on your app. It saves time and keeps you from making costly mistakes in the future.

Offering users without customer support is also the main reason for the failure of mobile apps. The users will love the app that guides them, help, and responds to their suggestions and complaints. Thus, it is always better to add a feedback section on the app and reply to a customer query on time.

Responding quickly will enable you to build a strong connection with the customer and makes the app successful.

How do you Ensure Success for Mobile apps?

Given app developers’ mistakes, it is plain to see why millions of mobile apps fail. Besides striving to develop a mobile app that stands out, it is also essential to plan seriously and be cautious about the strategies you deploy while deciding to promote the app. Marketing strategy plays a vital role, especially in terms of timing and target audience. It is equally essential to build user experience to ensure that the app does not go down the drain like 80 to 90% of apps that users prefer not to use a second time.

Are You Looking for Better Idea for Mobile App Development? 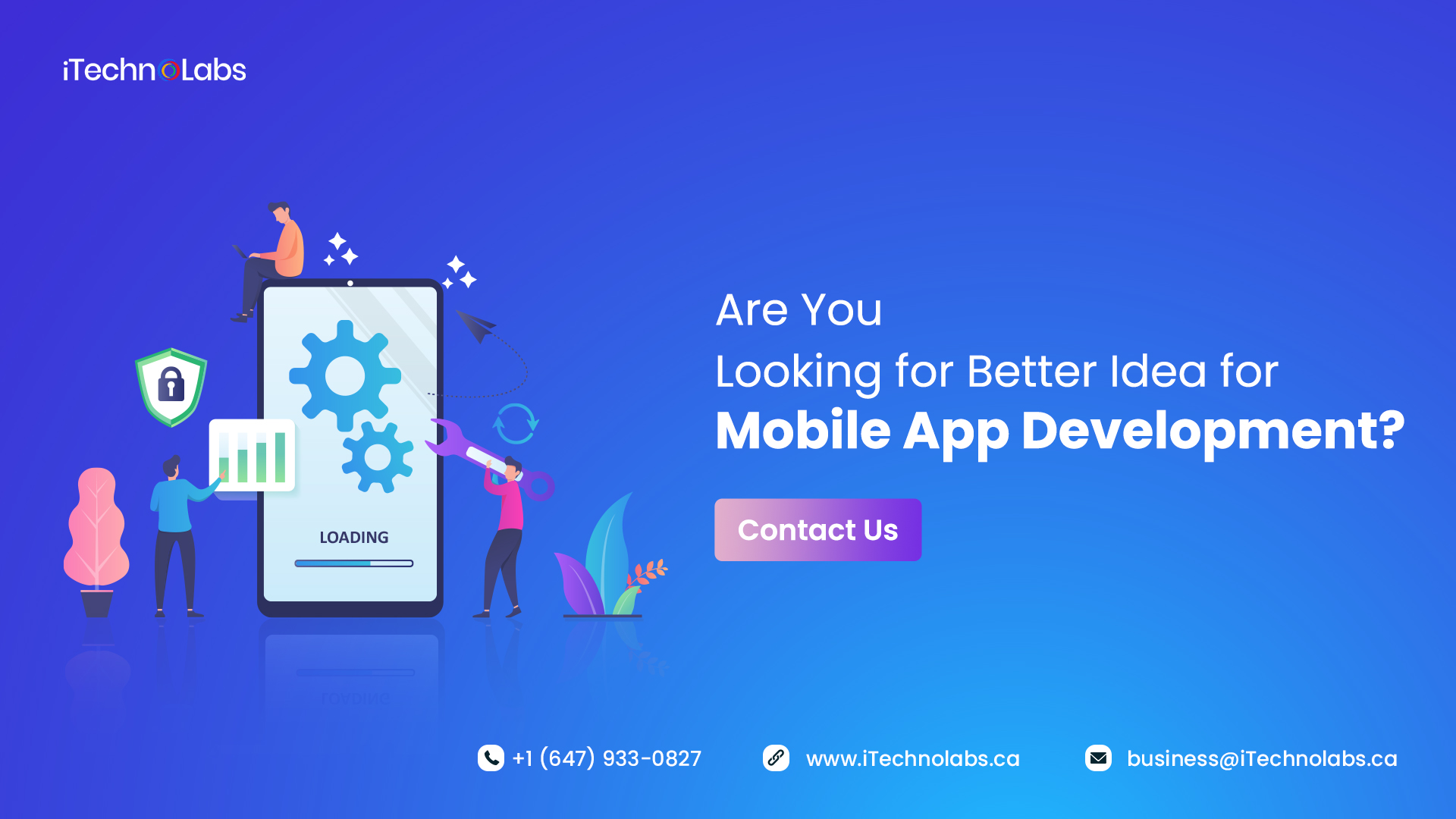 In this article, we have mentioned some of the most widespread mistakes. If you plan to launch, it is always good to consider the mentioned points to avoid mobile app failure. Besides developing an app that stands out in the marketplace, it is essential to make the intended move and hire a remote mobile app developer if you require exceptional advice. We are the leading software development company with diverse solutions cost-effectively.